You Can Only Keep the First 15 Minutes of One, Single Movie: Make Your Pick! 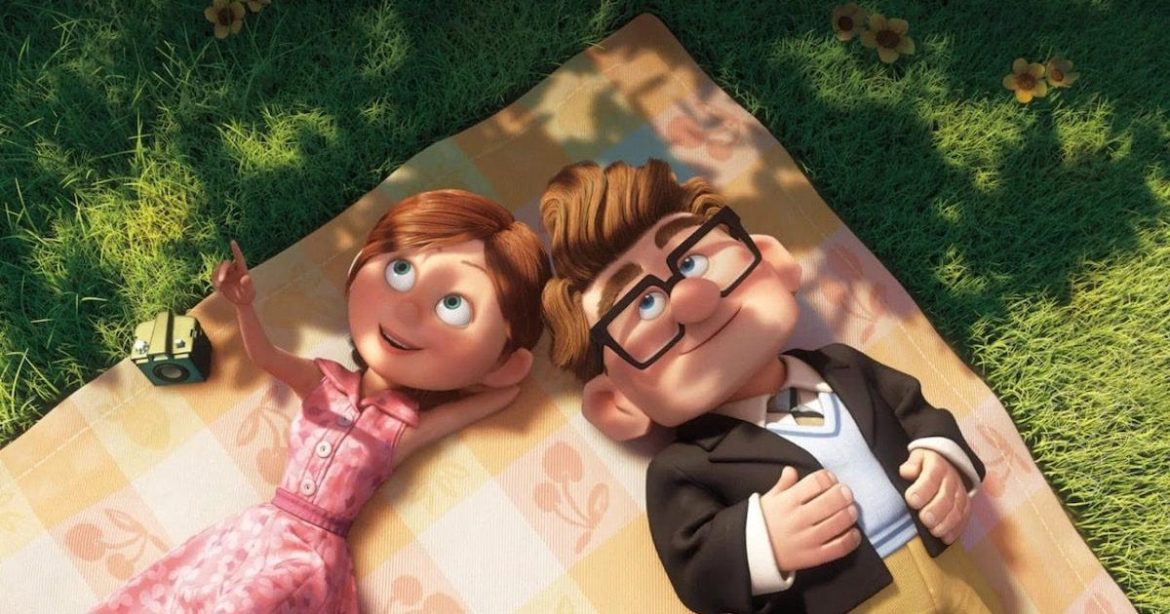 When I first asked my girlfriend this question, she said “Danny what the hell, get out, I’m trying to teach first grade virtually, get out of the room!”

“Fine,” I said, disgruntled and still searching for answers.

Then it struck me! MovieBabble!! The movie site I work at!! It’s full of movie nerds that will have strong opinions about this type of question, we live for that shit!

However, there’s a twist here that I didn’t tell anyone about when I posed the question; there’s an objectively right answer, as much as I wanted to hear what my comrades-in-film-conversation held as their opinions. A good way, thought I, to get a bit of a grasp on each of their particular taste in film.

“Clueless — the first 15 minutes are the best exposition in film history. Informative without being obvious or redundant. It establishes Cher’s character and her relationships perfectly. The closet!”

Let’s give Anna credit where it’s due; this is an excellent, underrated answer. The closet from the opening scene in Clueless is still inspiring articles in Vogue over 25 years later, and it introduces us to Alicia Silverstone’s tour-de-force, Mt. Rushmore-of-teen-movie performances. The word “iconic” gets tossed around a little haphazardly, but Cher is truly an iconic character.

“My choice has got to be Edson Oda’s newest movie, Nine Days. The first 15 minutes are vital in setting up the relationship that Will has with Amanda. They work beautifully to show Amanda’s life from Will’s perspective. They gradually introduce the world that Nine Days is set in and, without the first 15 minutes, Nine Days would lose all of that.”

I have not seen this movie, but I want to very badly, both because of this review of the first scene and because it stars Winston Duke, Zazie Beatz, and Tony Hale in what looks like an intensely cerebral and emotional sci-fi concept film.

However, unless it literally shatters film canon beyond recognition and cements itself as such a remarkable film that everyone else packs it away and never makes another movie, this is not the right answer.

“Raiders of the Lost Ark. Honestly, I could have picked any of the exactly three Indiana Jones movies. Do I want to see River Phoenix’s Young Indy? Do I want to hear John Williams’ and Kate Capshaw’s rendition of Anything Goes? No, I want to see Indy run from a boulder and navigate a booby trap ridden temple. The first 15 minutes of Raiders delivers not only the biggest thrills in a crazily thrilling movie, but one of the greatest character introductions of all time as we mysteriously meet Dr. Indiana Jones.”

Damn. This is a very good pick. It very well may be the most spoofed opening scene of all time, with everything from Chicken Run to Community having references to this scene. It kicks ass, and, of the three Indiana Jones films (Raiders of the Lost Ark, Temple of Doom, and The Kingdom of the Crystal Skull) it is certainly among the greatest scenes.

“If you know anything about my favorite films, you’d know that La La Land or Little Women were the first to come to my mind. However, I made myself stop and think, ‘What opening scenes could I not live without?’ That’s when it dawned on me — or at least the first good answer to come to mind — that the opening scene to Baby Driver is one of my all-time favorites, and there’s just no way I could watch that movie without its opening car chase. I mean, that scene is Edgar Wright at the top of his game, and to take that away from my eyes and ears would border into being a crime. So, yeah… my answer is Baby Driver!”

Unironically, I think this answer is awesome. Baby Driver’s opening scene is a violent car chase timed flawlessly to ‘Bellbottoms’ by the Jon Spencer Blues Explosion. It’s creative, it’s colorful, it’s intense, it’s the leading track on one of the greatest soundtracks of the 21st Century. I love this scene and I love this movie.

“I keep Saving Private Ryan. I love the cinematography of the first battle at Normandy. It’s really intense and brings the horrors of war right to your face. You’d be hard-pressed to find a battle scene as harrowing realistic as this one.”

There’s an urban myth (I’m sure you’ve heard it) that the opening scene of Saving Private Ryan was so realistic that it triggered PTSD among the WWII veterans in the audience. It’s harrowing, and it’s supposed to be. It may be Spielberg’s greatest contribution to the universe of cinema.

“Star Wars: A New Hope. In a world in which democracy is doomed, a small band of rebels will fight for freedom. The princess, the pirate, the farm boy, the wizard, the seven-foot talking dog, and two droids will lead the rebellion. They must defeat the all-powerful emperor and his number two, a magician clad in black metal. If they don’t, their world will cease to exist.”

Star Wars will be America’s Odyssey or Journey to the West (should human society last that long for a comparison like that to make sense) and I’d be more than happy to make that argument to anyone unfortunate enough to find themselves sitting next to me at a polite dinner party.

“There’s plenty of different ways to respond here. Do you pick a movie where the first 15 minutes are integral to the plot, perhaps setting up some big reveal down the line, or maybe a movie that you mostly find pleasurable? Personally, I’m choosing to preserve what I generally consider my favorite movie, Inside Llewyn Davis. Why not save what I hold closest? (I’m selfish like that.) Also, considering the cyclical nature of the film (with the first scene almost directly mirroring the last), saving the first scene keeps the devastating ending fully intact.”

I respect choosing your favorite movie to answer a question like this. Unfortunately for our fearless leader and founder of this website, some questions, like “who won the 2020 presidential election?” and “what is the greatest college basketball team of all time?” just have objectively right answers*, and this is not the right answer.

K at the Movies: The Lion King

“This is a really interesting question and I look forward to seeing how everyone else answers. I wish I had a more unique answer, but I think the answer is simple. That’s because it’s The Lion King (1994). There’s a lot of neat opening sequences, to name a few: The Dark Knight, Raiders of The Lost Ark, A Clockwork Orange, La Dolce Vita, Persona, Citizen Kane. The Circle of Life is right up there in iconography, but what puts it above all other options is thematic/symbolic importance. It’s the Circle of Life, not the Open Loop of Life. The symmetry of The Lion King‘s opening and ending beautifully illustrates the film’s messaging, and I’d feel absolutely cheated if I didn’t get the satisfaction of getting that nice bookend. The real deal-breaker is that I’m not sure, but 15 minutes could be cutting out ‘I Just Can’t Wait to be King’ which is one of my personal favorite Disney numbers. Other films would be a bummer to miss some really cool scenes, but The Lion King is one that would just be incomplete.”

Another excellent answer. Sometimes animation can give the sense of something real that has more heft to it than the real thing itself might possess, because it’s not the ‘real’ thing that we’re there to see, it’s the sense of it (he says while he stares in disgusted fury at The Lion King (2019)).

When considering this question, we’ve got to consider Value Above Replacement. As in, what first 15 minutes are such a remarkable span of cinema that not only would I be willing to hold onto the rest of the film, even if it does not live up to that first span, but also that every other 15-minute span is worth the sacrifice.

There is only one right answer.

I mean, come on. The first scene of Up is such a touchstone that it’s become shorthand for something that breaks your heart in the shortest amount of time. It’s a scene that has convinced a generation to include Up in their top five Pixar films. It is truly and genuinely perhaps the single greatest short of all time period, and it comes with a pretty decent whole movie attached to the end of it, as a treat!

Up IS the right answer.

Thank you for reading! What be your answer to this question? Comment down below!

“…of the three Indiana Jones films (Raiders of the Lost Ark, Temple of Doom, and The Kingdom of the Crystal Skull)” – Irony? As the late Sean would say “Shhurrely you can’t be serious”.

No to UP. I’m with Collin Willis. Raiders opening exposition is a mini-movie in itself and tells all we need to know about Indy.