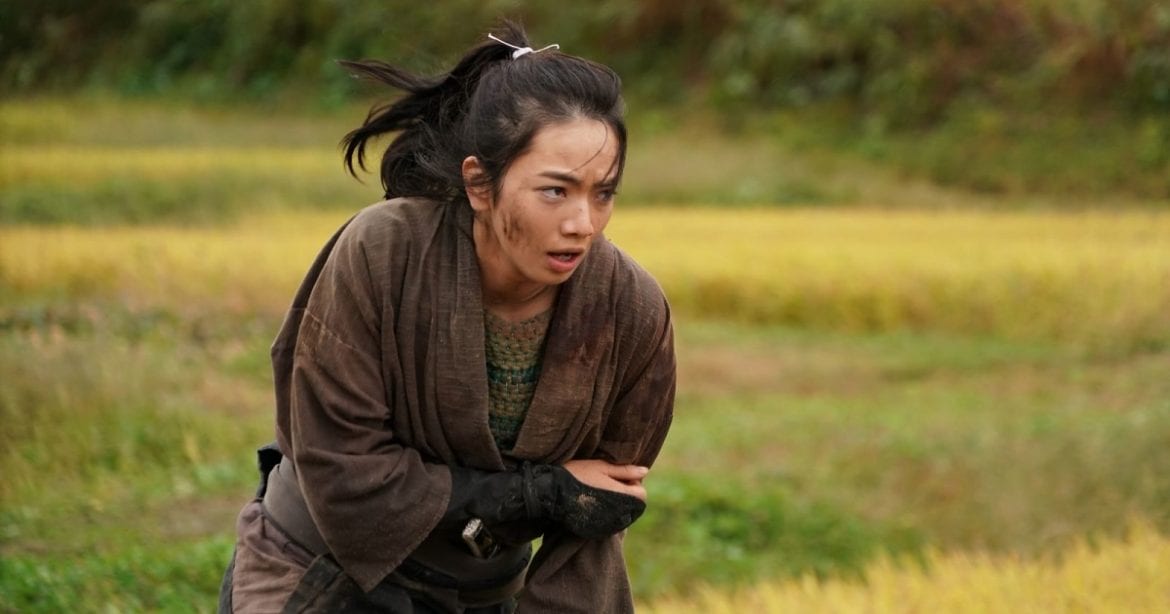 Samurai Marathon desires to be placed among the ranks of impressive historical Japanese films that have come before it. The filmmakers were inspired by history and took a small moment of Japanese history and wrapped a samurai movie around it.

Samurai Marathon is an entertaining break from the streaming norm we are used to getting now. In a world where new content is about to really start slowing down, it might be about time to jump onto the subtitle bandwagon and see what else might be out there instead of scouring the dregs of Netflix.

The borders of Japan have been closed for 260 years, until 1855 when U.S Commodore Matthew Perry and his “black ships” from America came to the Japanese shores in hopes of trade and prosperity. Not everyone was excited about the prospect of outsiders gaining entry.

The lord of the Annaka Domain, feeling the fear of the western world coming in with their guns and technology, proposes a race to toughen up his Samurai and warriors after a large stretch of peace. The winner of this race will get one wish granted from his lordship.

A spy within Annaka, mistaking the race for an act of rebellion, sends misinformation that marks the race as an act of war to some. Thus, igniting a larger race against time that could have deadly consequences if he cannot correct his mistake.

Samurai Marathon is a film that works so well placed right up against history that it is hard to tell the truth from the fiction, and that is how the filmmakers and audience like it. There is only so much drama one can get out of a marathon. Ever wonder why there are not a lot of running movies? No one has any time to just watch people running, no matter how beautiful the landscape is.

After doing quite a bit of research, the basis for this film was the Japanese Marathon, which is still run annually today. It was started as a footrace put in place by the Annaka feudal lord to train the mind and bodies of his warriors. Everything else in the story seems to be heavily fictionalized for our entertainment.

Taking the race as a jumping-off point, Director Bernard Rose of Candyman fame sculps a story that has as many peaks and valleys as the route he put his actors through. The twists and turns come often and make you wonder how many were needed to achieve a coherent story. Some minor character tropes and weird tonal shifts aside, Samurai Marathon is still worthwhile.

The first thing to notice when hitting play is how serious Samurai Marathon wants to be taken, and as the film starts, it’s very reasonable to give in to the seriousness. Then the score comes in with the first frame and never lets you go. I found myself letting the credits roll just to continue listening to the music. The framing of the landscapes and shots are breathtaking as well, allowing you to escape into this moment in time. A lot of work went into the cinematography of this film, to assure that it could be lumped in with some of its great historical predecessors of Japanese cinema.

The overall tone of the film is where Samurai Marathon could start to waver for some, but does let the viewer know pretty quickly if this film is for them. In the first scene, there is comedy at play that is hard to tell if it is supposed to be humorous, or if everyone is trying so hard to be serious that it is just coming off as funny. In defense of this tone, the filmmakers do keep it consistent throughout the entire film, making it all seem like a conscious decision, but it’s just not exactly expected in a historical film. Because of this, however, it does turn Samurai Marathon as a beautiful, large-scale epic, into a lighthearted epic.

The characters all service the story quite well, even though we have all seen these arcs before time and time again. From the princess who wants to be free and explore the world to the bad guy who wants to marry for power, it has all been seen before. Samurai Marathon does complete these arcs in meaningful ways, and brings satisfying conclusions to the characters, but because some of these characters have been seen so many times before it creates a situation where the viewer might be reluctant to get aboard for their journey.

The one place where more attention could have been placed was the hand-to-hand combat. The fight choreography was confusing at times. Two warriors would line up with swords in what would be expected to be an impressive spectacle of blood and athletic prowess, but instead, almost all the action was set in a more realistic, kind of messy approach. The style did not seem to mesh very well with the expectations that the setting provided. It was shocking to see what seemed like children having a sword fight with the sticks in the back yard, closing their eyes just running at each other waving the sword in hopes that they would be the victor. By the conclusion of the film, the style they chose did work with the story, but the expectation that comes with a samurai film could leave some wanting more. Never fear, all the Samurai blood and violence are still on display in carnal and sometimes beautiful ways.

Samurai Marathon is a decent period piece that is inspired by historical events. A majority of the proceedings are ripe with character tropes, but they work in the context of the story, and they are tropes for a reason because they work. Albeit confusing at times, the plot and overall message of the film leave the filmgoer feeling as if they just watched something bigger than it probably actually is. By the time the credits roll you are satisfied with the journey, but it was sometimes hard to climb aboard.

The humor could turn some away but, in a way, it made the film much more lighthearted than expected. Anyone seeking out historical Japanese samurai films probably already knows what they are getting themselves into. Samurai Marathon is not the best of the lot, but at a slim 100 minutes, there are worst ways to spend an afternoon.

Thank you for reading! What are your thoughts on Samurai Marathon? Comment down below!

‘Disturbing the Peace’ is So Bad, It Makes Me Re-examine...