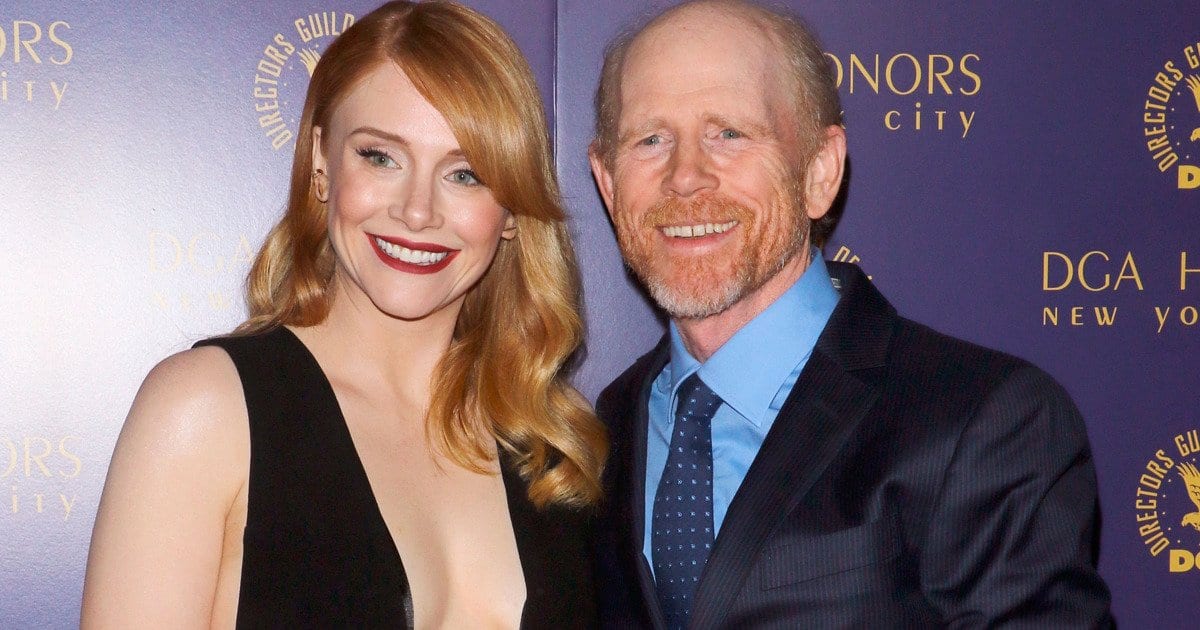 Everyone loves the story of the actor or actress that overcame all obstacles to get where they are. The rags-to-riches narrative intrigues and inspires us. But there are some actors and actresses that were literally born to do what they do. These are the esteemed members of Hollywood’s royalty.

These actors and actresses were born to famous parents. From the day they were born, the camera was focused on them. Some shy away while others learned to use the limelight to their advantage. Here are some members of Hollywood’s royalty that really shine on screen.

Little did you know that the star of Friends was the daughter of Hollywood royalty. Well, not exactly high royalty in this case. Her father, John Aniston, is an actor on the soap opera Days of Our Lives. Her mother, Nancy Dow, didn’t have many roles, though she starred in the popular 1967 film The Wild Wild West. As most parents hope, Jennifer Aniston was able to eclipse her parents and make a successful career for herself in Hollywood. Of course, it didn’t hurt to have a leg up in the acting business from both her mother and father. However, she was able to define herself past a B-movie actor like her mother and a TV character like her father to become a part of Hollywood’s A-list.

Here’s another one you may not know: Angelina Jolie is the daughter of famous actor Jon Voight. Voight, who starred in films such as Deliverance (1972) and Midnight Cowboy (1969) has a lengthy and notable career in Hollywood, a trait he passes on to his daughter. Jolie, following in her father’s footsteps, has starred in hits like Maleficent (2014), Mr. & Mrs. Smith (2005), and Lara Croft: Tomb Raider (2001), and many others. Though given a sizable head start as a child, Jolie has worked her way past her father’s fame to become a household name in Hollywood. Their family is a great example of Hollywood’s royalty.

I’m not quite sure whether Charlie Sheen has lived up to his father’s legacy or woefully fallen short of it. Either way, he has made his name known throughout Hollywood, at least keeping the Sheen name alive, for better or worse. His career took off mainly with the film Red Dawn (1984), later gaining even more fame in the Vietnam war film Platoon (1986), akin to his father’s starring role in the Vietnam war film Apocalypse Now (1979). He later became known for his role on the TV series Two and a Half Men before going completely insane and falling off the face of the Earth. Honestly, he started in a good place and probably would have upheld the family name with more honor had he not been mixed up with drugs. Either way, he’s famous just like his father.

Of course, Charlie Sheen is not the only famous member of the Sheen clan. However, many overlook the fact that Emilio Estevez, who starred in The Breakfast Club (1985) and St. Elmo’s Fire (1985), is also a member of the Sheen family, as he does not share the same last name. Yet, one can clearly see the family resemblance between him, his brother, and his father. Like the rest of his family, he has forged an extremely successful film career spanning many decades, genres, and audiences. Getting his start in the 80s with teen flicks like The Outsiders (1983), he continues to have a successful career today and I dare say his name is synonymous with 80’s nostalgia. The Fondas are legends in Hollywood. Henry Fonda, the star of 12 Angry Men (1957), The Grapes of Wrath (1940), and On Golden Pond (1981), was a part of Hollywood’s ruling elite for decades. His daughter, Jane, carries on that legacy in films like Lee Daniels’ The Butler (2013), 9 to 5 (1980), and The China Syndrome (1979). In fact, the two even starred together in On Golden Pond, only one year before the elder Fonda passed away. Though retiring for a brief period, she returned to the screen after nearly fifteen years, demonstrating her love for the film industry passed on by her late father. Jane Fonda surely carries on her family’s royal legacy.

Image via Us Weekly

While he flies relatively under the radar, Colin Hanks has one of the most famous people in Hollywood for a father: Tom Hanks. Starring in King Kong (2005) and the TV series The Good Guys, Colin Hanks is able to avoid the all-seeing spotlight that his father often finds himself in. How he manages that is quite beyond me, as it seems that anything to do with the star of Forrest Gump (1994) and Cast Away (2000) would be gobbled up by a greedy audience. However, I always enjoy Colin Hanks’ performances, especially his comedic ones, as he plays the straight man perfectly. Honestly, I admire anyone who can do comedy and not crack up in every scene. 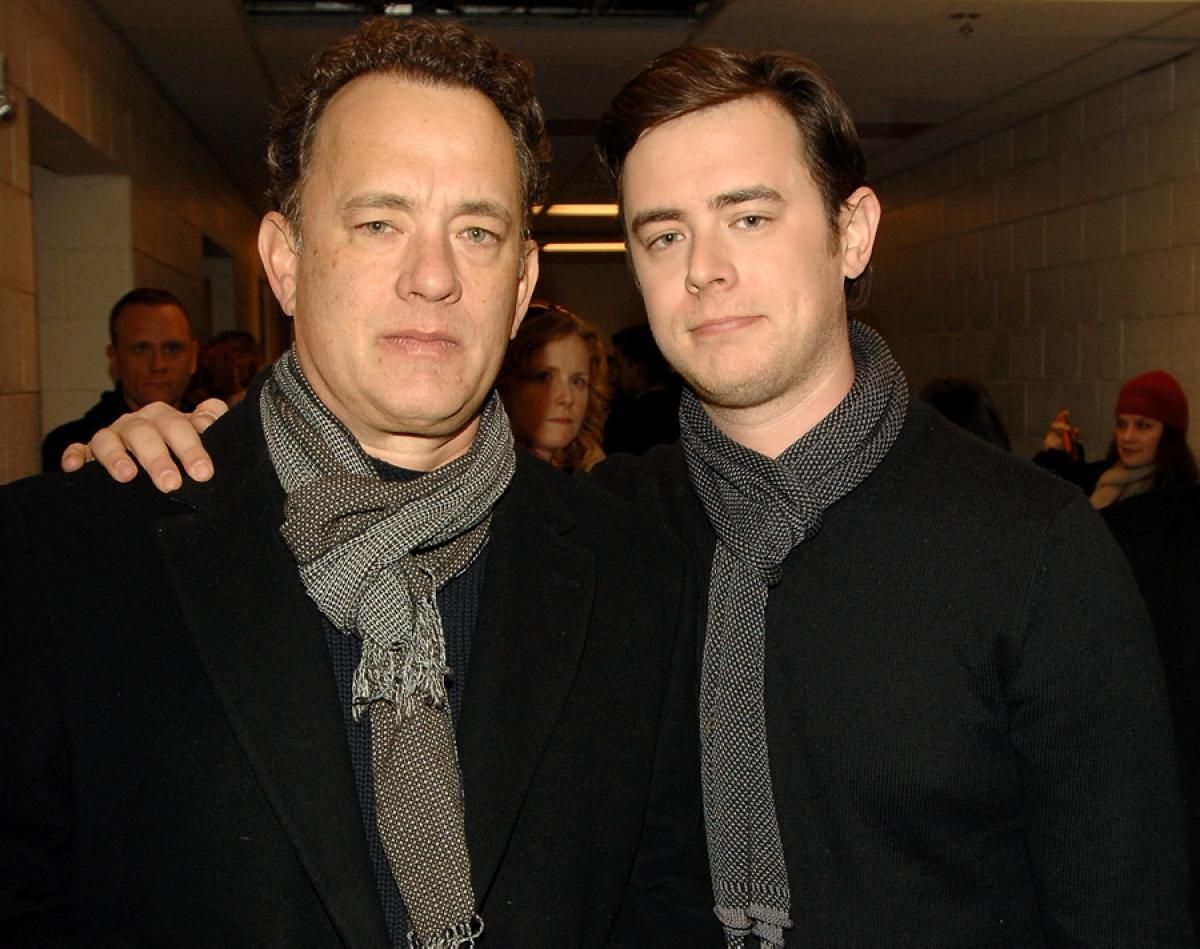 Carrie Fisher was a gem in Hollywood. Despite her more harried upbringing (Eddie Fisher later cheated on Debbie Reynolds with Elizabeth Taylor), she turned into one of the greatest role models Hollywood ever gave us; she definitely lived up to her royal name. With her no-nonsense attitude and strong morals, she taught us to stand up for what’s right and screw everyone else. She was a feminist icon as Princess and General Leia Organa in Star Wars, sparking the dreams and imaginations of little girls for generations. She also wasn’t afraid to speak about hard topics like depression, forging a way for people to feel more comfortable expressing what they’re feeling to one another. Most of all, she taught us to have fun in life and that, if things don’t go your way, stick up those middle fingers and keep going. 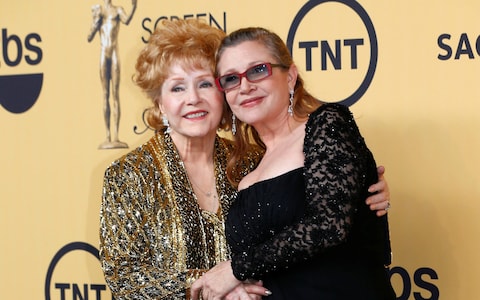 As the son of two hilarious comedians, it’s no wonder that Ben Stiller became the great comedian he is today. His father, Jerry Stiller, played the amusingly cranky Frank Costanza on Seinfeld while his mother had a small role alongside her son in Night at the Museum (2006). Both parents were a part of the Compass Players (later The Second City Theater) and performed under the name “Stiller and Meara,” often appearing on The Ed Sullivan Show. Just like his parents, Ben Stiller would also become a great comedian starring in films like Zoolander (2001), Tropic Thunder (2008), and Megamind (2010). However, he has also shown to be quite adept at drama, starring in criminally underrated film The Secret Life of Walter Mitty (2013). Ben Stiller has not only honored but outdone his parents. 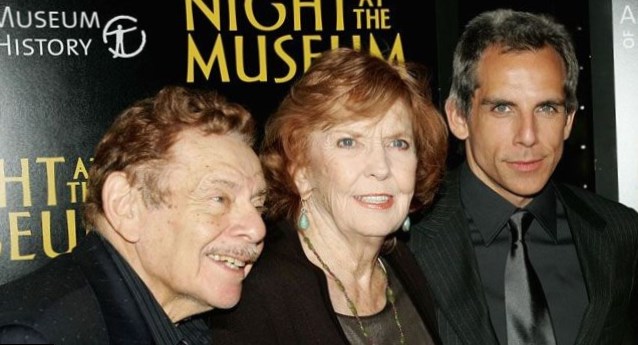 I’m honestly surprised I didn’t catch on to this one earlier because Bryce Dallas Howard looks stunningly like her father Ron Howard, right down to the flaming red hair. Her career began like any Howards’: starring in director Ron’s films. However, she later starred in big films like The Village (2004) and Spider-Man 3 (2007). However, it was not until The Help (2011) and the Jurassic World series that her career really began to blossom. Like her father, she began working in the film and TV industry at a very young age and her career is only poised to grow from here. She’s even becoming a big-time director by filming episodes of the new Star Wars series The Mandalorian. Michael Douglas looks so much like his father that I often get them confused. However, their similarities go past looks in that both have or had extremely successful film careers. Both actors are known for their dramatic performances. Michael starred in films like Wall Street (1987) and Fatal Attraction (1987) while his father, Kirk, starred in great dramas like Spartacus (1960) and The Final Countdown (1980). Both also manage or managed to keep their careers alive in their later years, with Kirk Douglas starring in assorted films and TV series and Michael Douglas starring in Marvel’s Ant-Man series. His mother, Diana Douglas, also had minor film roles in Planes, Trains, and Automobiles (1987) and It Runs in the Family (2003). The Douglas family definitely deserves the title of Hollywood’s royalty. 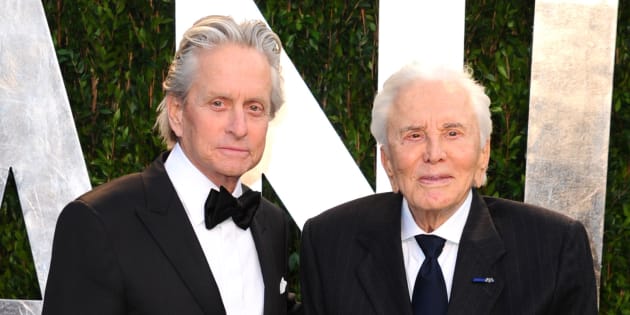 Thanks for reading!  What are your thoughts on Hollywood’s royal families?  Comment down below!

[…] whole speech that President Shepherd gives is riveting but this particular line is amazing. It evokes authority and a sense of control. […]

[…] beautiful countries on Earth, in my humble opinion. The best shot of this movie is when Walter (Ben Stiller) trades his Stretch Armstrong doll for a skateboard (not a fair trade, honestly) and he glides down […]

[…] morning, it was announced that Jerry Stiller had passed away. Upon hearing the news I felt sad. But why? I’ve never met Jerry Stiller. […]

Great list! Also adding Jeff and Beau Bridges. Back then, they were just known as Lloyd Bridges’s kids.

I think Gregory Peck has a grandson who acts too, if I’m not mistaken.

Another obscure one is Jason Patric, grandson of Jackie Gleason.

Thank you for the fun (and informative) post! I didn’t know about a few of these actresses/actors!