‘Zombie for Sale’ is a Pretty Cute Zombie Film 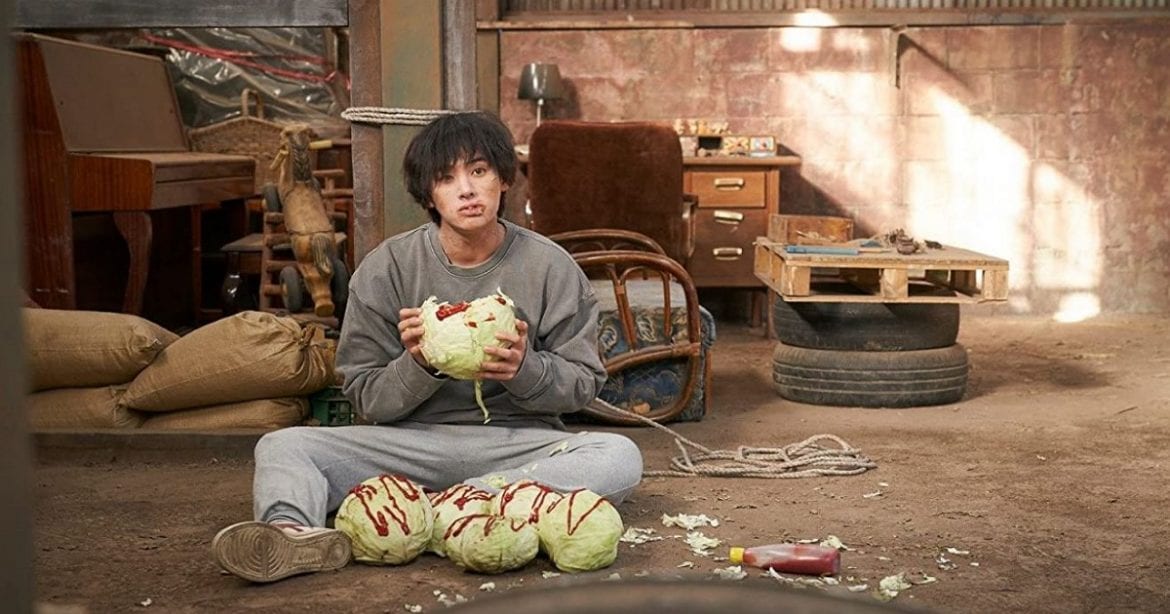 As far as foreign-language films go, I am in love with cinema from all over the world, with Korean cinema taking a strong lead. Being from a country with a small number of movies that have international success, I can only dream of visiting a theater in London (the current place I call home) one day and seeing a successful Dutch-language film. (I am sure there have been some that have broken through on an international scale, but can we have more, please?)

There’s something uniquely impressive about a good foreign-language film. I find a lot of joy in learning about different cultures through film while still connecting to the piece on a similar level as a person from that country would — although one can only assume, I guess. I also love a good zombie film, especially a zombie comedy. So when you put this all together, you have Zombie for Sale, which is definitely a sweet take on its genre.

A New Item is on the Market

A family finds a young zombie boy who was created illegally in an experiment. The zombie is adorably named Jjong-Bi (pronounce it out loud!) by the family, and he loves eating away at big crops of cabbage rather than people. To the family’s surprise, they soon figure out that a bite from Jjong-Bi (Ga-ram Jung) can make people more youthful. They quickly realize they have found the secret against aging, and decide to use this to profit off of Jjong-Bi.

Zombie for Sale has a bit of everything. There is some clear commentary on both the decision-making processes of business owners and also how they profit off of the innocent and the ignorant. But, also on consumers and how we sometimes buy just for the results without fully understanding the process and consequences.

Some Random Thoughts While Viewing Zombie for Sale

The film is mainly very entertaining; although not too breathtaking. Even though I have not seen a zombie film quite like this one before, it still wasn’t fresh enough. For a movie with a fairly original approach, Zombie for Sale actually felt very bland at times; it hardly reinvented the wheel. Besides the zombie enjoying a portion of veggies instead of human flesh, there weren’t many new rules explored in how we view zombies onscreen, either viscerally or thematically. The general behavior of the zombie(s) could fit in with any zombie film with ease.

Zombie for Sale also makes an executive decision to film its events in a way that is highly disgusting to watch without much gore. I can imagine that sounds confusing, but hear me out: In pretty much every scene, Jjong-Bi is munching away on his cabbage; often, he eats it with ketchup on top. The eating noises and his ketchup-covered face (and in many scenes, also ketchup-covered arms) are genuinely very gross, and not in a Saw gore-trap kind of way or with much of a comment as to why this is necessary above general genre goofiness. I can totally own up to this aspect possibly being a personal pet peeve of mine, but also, what’s the need for a lot of hard-to-watch eating scenes in a light zombie spoof?

Luckily, the final act is very strong, as Zombie for Sale leaves much to be desired until this point. The first act is rather sluggish, using its time to sketch out the family dynamics. While there were some amusing moments sprinkled around, it’s also very lethargic as these dynamics are flatly lined out, instead of explored as subtext or expressed through different interactions throughout the film.

Thankfully, Zombie for Sale did hit my soft spot many times. There were a lot of sweet moments, especially Hae-Gul (Lee Soo-Kyung)’s compassionate nature towards Jjong-Bi. She often tried to assess Jjong-Bi’s likes and needs, with varying levels of success. Her empathy is quite touching, contributing to a very well-rounded character.

It wasn’t really the film’s main focus, yet Hae-Gul and Jjong-Bi’s relationship was perhaps the most interesting to watch unfold. The family’s different relationships were nice to watch too, but I guess maybe my vision is clouded by my love for human relationships to immortal beings.

Thank you for reading! What are your thoughts on The Odd Family: Zombie for Sale? Comment down below!