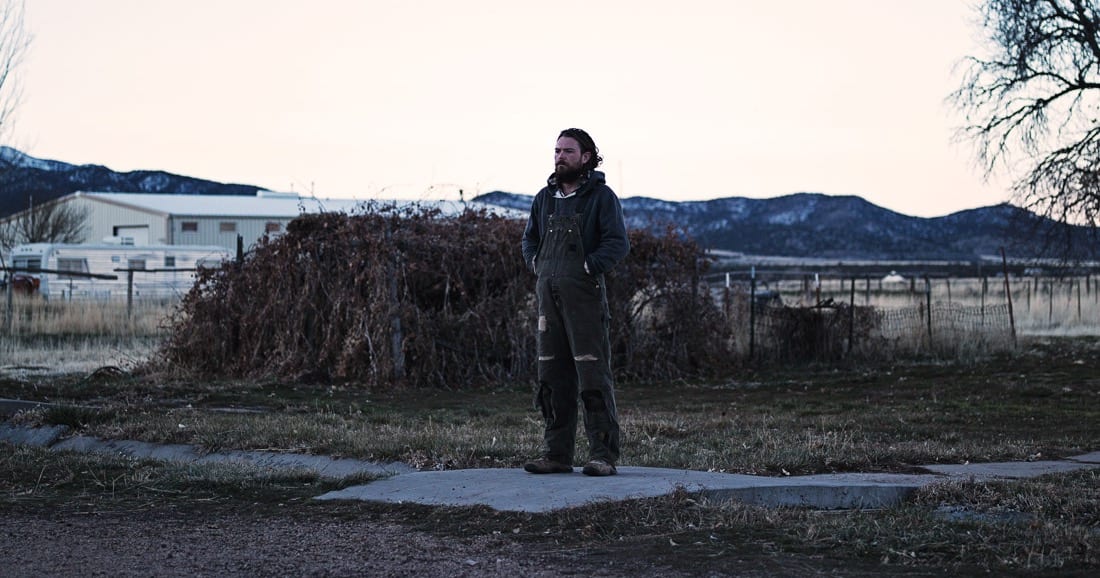 The Killing of Two Lovers begins with an unbelievably harrowing moment, showing a painful closeup of David’s (Clayne Crawford) face as he stands over the bed with a cocked gun, pointing it at his wife Nikki (Sepideh Moafi) and her new lover Derek (Chris Coy) as they lie asleep. But David snaps out of it before he does the unspeakable, hopping out of the window and running a few hundred yards to his father’s house down the road before Nikki and Derek awaken. David then prepares for his workday as if nothing happened, but you’re waiting for the moment when the gun makes its inevitable appearance later.

David and Nikki decided to take a break as they struggle with their marriage. They agreed seeing other people is allowed, but David can’t stand the idea of losing his wife and four kids. What starts as a possible [insert enraged white male loner movie here] remix becomes far more downbeat as director Robert Machoian explores the troubling dynamics in separation, especially when one person is leaning towards divorce and the other is hoping to get back together. The desolate, gray landscape of Western Utah only heightens the despair felt by David, who has no hopes of escaping his simmering rage in this very small town. The performances are uniformly terrific, especially Clayne Crawford who brings a considerable amount of empathy to a potentially fraught character.

While stripped down, The Killing of Two Lovers isn’t as nuanced as I had hoped. The film lacks a female perspective, leaving Nikki as a fairly cold, underwritten character. She’s more of a vessel for male-centered frustrations than an honest perspective on a struggling relationship. I get the feeling there were avenues left unexplored which may have turned The Killing of Two Lovers into a more biting and tragic character study.

The film’s sound design and score are also worth noting as they utilize plenty of disparate, harsh sounds which evoke similar sensations felt in First Reformed as Ethan Hawke’s Reverend Toller’s mental state continues to decline. But here, the choice feels all too obvious. Each stylistic choice in The Killing of Two Lovers, from the extremely long takes to shifts in aspect ratios, is fairly overdone. You can see Machoian pulling the strings in search of an emotional response.

Even though there is a considerable amount of The Killing of Two Lovers that doesn’t sit well with me, I admire the attempt and am looking forward to what Machoian makes next. The film has enough craft to make you wish it was better, which is fairly frustrating, but certainly not without its merits.

The Killing of Two Lovers is screening online as part of MIFF 68 1/2 from August 7-23. To buy tickets and view the full online program, head to 2020.miff.com.au.

Thank you for reading! What are your thoughts on The Killing of Two Lovers Comment down below!