I Finally Watched ‘Memoria’ in Theaters and It Was Amazing

Call it exclusionary all you want, 'Memoria' demands a massive screen. 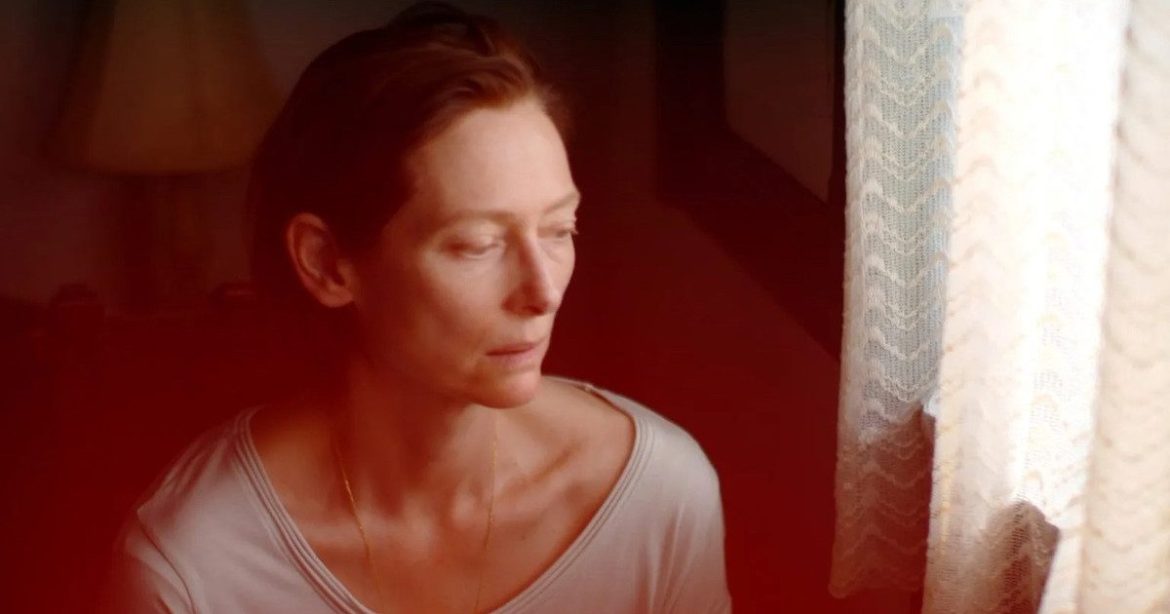 I’ll admit it, when Neon announced that Apichatpong Weerasethakul’s new film, Memoria, would embark on a never-ending, roadshow-style film tour across the country forever — meaning there will never be a streaming or Blu-ray release and you could only see the movie if it plays in a local arthouse theater — I initially rejected the idea. I’m almost always for democratizing the film experience, anything that might expand your average moviegoer’s palate. How can you expect people to learn more about the works of one of the best international filmmakers we have and the experiential bliss of slow cinema? Just think about the people who might throw five dollars Vudu’s way to give a movie with a solid Rotten Tomatoes score a chance, and then be introduced into an entirely new way of viewing.

But then it hit me: Vudu isn’t for works of art like Memoria, it’s for terrible, terrible late-career Bruce Willis movies that he was most likely coerced into acting in by a slimy producer. A work from Joe should never just be another part of the streaming morass. It should be cherished, given your undivided attention. And anything that adds a little extra buzz for your local arthouse theater is fine by me.

After sprinting to my theater upon learning it was on the week’s rotation in the tour, I can’t imagine watching Memoria any other way. It’s almost laughable thinking about watching it on your TV, let alone on your phone. (*Shudders in Martin Scorsese.*) The very act of eventizing Memoria makes it that much more special. You are far more likely to engage with it on its terms. For someone that watches an alarming amount of movies, I never turn off my phone and Apple Watch before a screening starts, but this time, it was the first thing I did after sitting down. Memoria is a deeply rigorous, perplexing movie that demands 100% of your attention, something that is unquestionably most possible when taking part in a curated screening. And then there’s the incredible sound design, which would certainly be lost except at home for those lucky enough to a have theater-grade sound system.

I’ve been slightly radicalized: I hope Neon stays true to its initial intention and never lets Memoria play at home. Theaters are unequivocally moving toward becoming event spaces for people who watch three Marvel movies a year, but I hope there’s a tiny percentage of that sad reality that allows people to get into the proper headspace for this fascinatingly elusive film.

Memoria‘s official synopsis is, “A Scottish woman, after hearing a loud ‘bang’ at daybreak, begins experiencing a mysterious sensory syndrome while traversing the jungles of Colombia.” Which, I guess is what happens plot-wise, but trying to explain exactly what’s happening here is hilariously difficult.

Better yet, that feeling of straining to explain what Memoria is about actually encapsulates the film nicely. It’s the feeling that something is always slightly out of reach, or what is frustratingly on the tip of your tongue will never quite materialize into a cogent thought. That Scottish woman is played to great effect by Tilda Swinton who, after hearing this bang that is sure to rattle you to your core by the time the film is over, goes on a journey defined entirely by dissonance. She strikes up a relationship with a sound technician (Juan Pablo Urrego) to whom she tries to explain the bang, only for him to seemingly not exist a few scenes later. At dinner with friends, she learns that someone whom she thought died years ago is actually alive.

You’ll get no answers to these odd occurrences or any of the other abstractions Joe throws your way, but you will have a truly indescribable feeling watching them unfold. Calling Memoria “meditative” is the understatement of the year, but it’s still very true. It invites you to embrace the stillness of its minutes-long takes, maybe even fall asleep if that’s what the mood calls you to do. (You’ll be rudely awoken by a bang soon enough.) It’s a two-hour-and-twenty-minute-long depiction of the existential feeling that nothing is quite right. Truly, it’s a maximalist film wearing minimalist clothing.

So many essays will be written on what Memoria is ultimately “about,” but what’s clear is that Swinton’s character is battling a sense of isolation. From herself, this world, and maybe even this plane of existence. Her journey is transcendental, and Swinton’s performance is good enough to match such a pursuit. What’s also clear is that Memoria is one of the most mesmerizing, sensory big-screen experiences you’ll have.

Thank you for reading! What are your thoughts on Memoria? Comment down below!

‘The Killing of Two Lovers’: An Undercooked Yet...