For Better or (Mostly) Worse, ‘The Kissing Booth 2’ is More of the Same 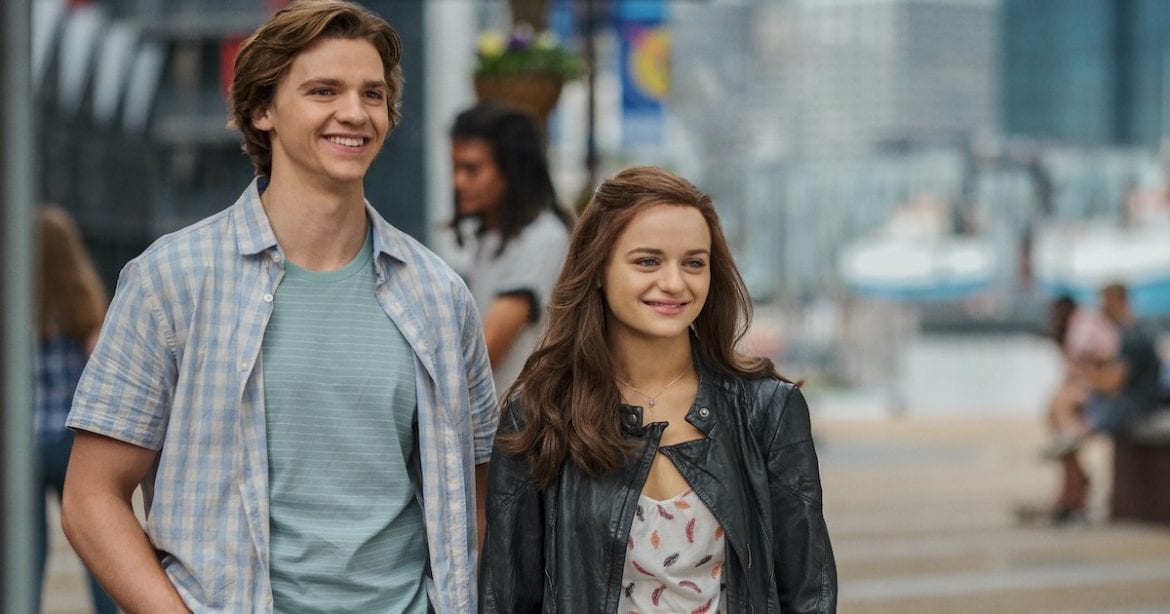 2018 was a big year for Netflix as they finally began to figure out their original content production formula. Specifically, producing as many romantic comedies as humanly possible. From To All the Boys I’ve Loved Before to Set It Up to even The Kissing Booth, Netflix finally realized a portion of the moviegoing audience was severely underserved in theaters and on other streaming services. It’s fair to say this was also the first leg in the Netflix star machine, with actors such as Noah Centineo, Lana Condor, Zoey Deutch, Glen Powell, Jacob Elordi, and Joey King all increasing their fame drastically.

Two of these movies are delightful, the third is The Kissing Booth. Regardless, the film was insanely popular, especially with teenagers. (With a title like “The Kissing Booth”, it’s basically catnip to younger audiences.) Naturally, it was only a matter of time before The Kissing Booth 2 came, which doubles down on everything from the first film, including the length.

The most off-putting element of The Kissing Booth was how the camera leered at Joey King’s body, commandeering a story of an awkward girl becoming a woman and finding love into something far more lascivious. It’s even more disturbing when you think about how Joey King’s character, Elle Evans, is only 16 or 17 years old in the first film. Those elements are still there in The Kissing Booth 2, but definitely reduced, as if director Vince Marcello heard some of the criticism thrown his way. Hooray for (insubstantial) progress!

Instead, the film is mostly concerned with Elle navigating her long-distance relationship with Noah Flynn (Jacob Elordi) now that he is nearly 3,000 miles away at Harvard while also applying to colleges of her own. However, rule #19 of Elle and Lee Flynn’s (Joel Courtney) absurd list of friendship rules (which are the cause of literally all the tension in these two movies) states that besties must go to the same school as each other. So, because this movie refuses to have two characters have a reasonable conversation for more than fifteen seconds, Elle decides to apply to Boston area schools behind Lee’s back as he gets more and more excited about the two of them going to UC Berkeley. (This is also one of those teen movies in which the only college options are Ivys and California state schools.)

Along the way, Elle suspects Noah is cheating on her with Harvard girl Chloe (Maisie Richardson-Sellers) in one of the most laborious and frustrating cheating subplots you’ll see and also gets entangled with the new hunk in school, Marco (Taylor Zakhar Perez, the latest mid-20s actor to play someone in high school in these movies.) She also plays way more Dance Dance Nation (I guess Dance Dance Revolution still wouldn’t let them use the name) than I ever cared to see in my life.

So maybe there isn’t much “improvement” going in on The Kissing Booth 2. More so shifting the focus to new, equally undesirable interests. 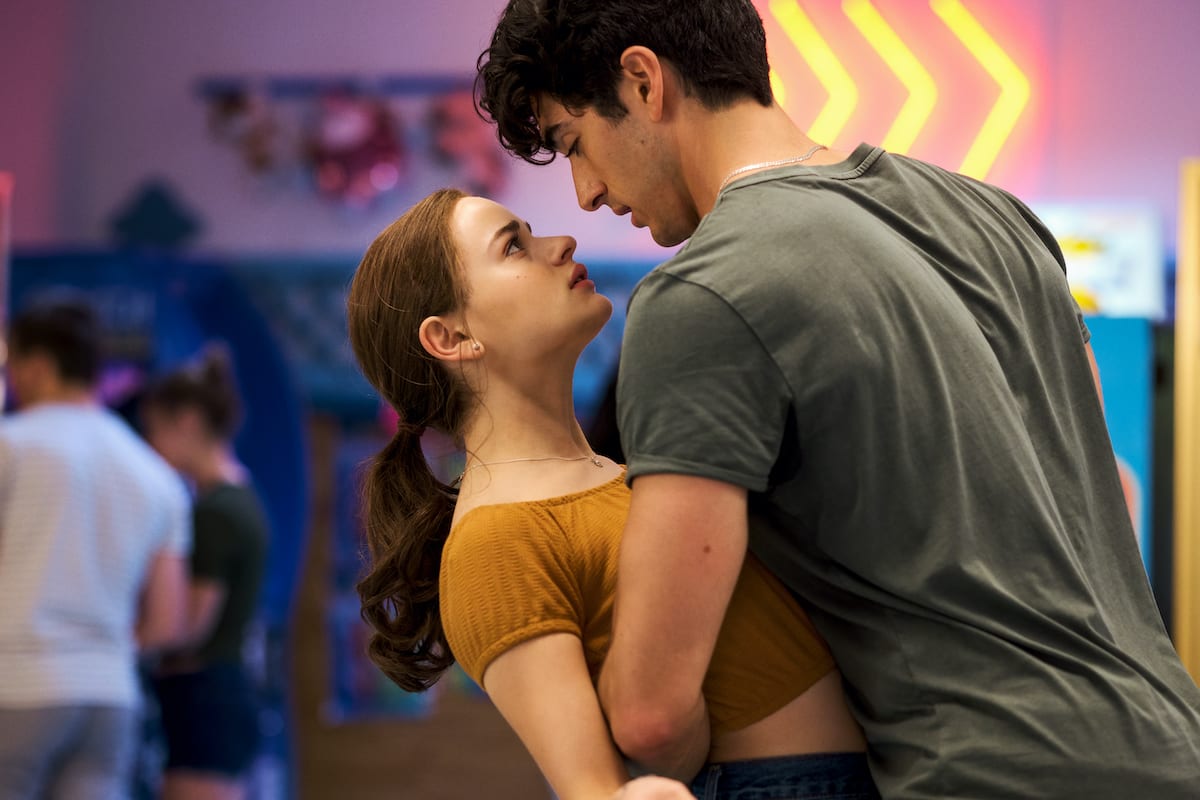 Out of all the problems with The Kissing Booth 2 (So. Much. Dancing.), the worst of them all is the lack of any female creative involvement in what is mostly a female-centered story. Vince Marcello returns to write and direct with Jay S. Arnold earning a writing credit as well, and they have absolutely no idea how to write a female character outside of her crying over her relationship. The Kissing Booth 2 not only fails the Bechdel Test, it breaks it completely. Any time Elle isn’t sulking, she’s acting as a mid-40-year-old guy’s approximation of what teens are like, which means endlessly hitting the arcade and saying “bro” every other line.

When a teen movie thinks high schoolers receive their college acceptance letters on graduation day, it’s a good indicator that maybe someone else should have taken a crack at writing it.

Someone Save Joey King

I really like Joey King. Her interesting combination of goofiness and extreme expressiveness is more than deserving of a good rom-com or an iconic scream queen role in the future. Out of all the young actresses currently, she has one of the most distinctive onscreen personalities you’ll see. That’s why it pains to see her trapped in a seemingly endless cycle of bad movies. And not even forgettably bad movies, I’m talking really bad movies like Stonewall, Wish Upon (an ironic classic in my mind), and Slender Man.

King has that “it” factor, and it shows in certain sequences of The Kissing Booth 2. You can’t look away from her, even though the content of the scene may make you want to. I hope an interesting director comes along and builds a juicy role for her, because although we’ve seen her literally grow up onscreen, she still has plenty of untapped potential.

Netflix is famous for hardly giving any notes during their content production process, which is great when a film is in the hands of someone like Martin Scorsese or Spike Lee, but disastrous when it comes to something like The Kissing Booth 2.

Saying this film is a chore to sit through with its 132-minute runtime is an outrageous understatement. Legitimately, 45 minutes could be cut from this movie without a problem. The worst of it being a token gay subplot that is so shameful, even executives at Disney would say, “this isn’t developed enough for us!” It’s almost as if Netflix was handed an assembly cut of the film, assumed it was the finished product, and uploaded it without a second thought.

The entire plot hinges on misunderstandings and people storming out before the other person has the chance to clarify. The Kissing Booth 2 turns into a short film if everyone had a minute to explain themselves. But they don’t, so we’re all stuck, waiting for the dance montages and the repetitious arguments to finally come to end.

Thank you for reading! What are your thoughts on The Kissing Booth 2? Comment down below!

[…] casual and mindful approach to its narrative. Unfortunately, it still falls trap to the usual rom-com tropes in the final act. I don’t doubt this was a purposeful choice, but this means the film […]

[…] begrudgingly relives his experience with The Kissing Booth 2. We each discuss this week’s low budget horror releases, The […]

Geez they made a sequel for that pretty quick! It looks just as enticing as the first one lol

It’s very enticing if you like actively bad things!!!!

We watched the first one recently, foolishly thinking “Oh, it got a sequel? Maybe it was better than it looked”

Noah Flynn is an appalling character and the writers have no idea about that, do they?

For a Dollar, Name the Best Romantic Comedy...