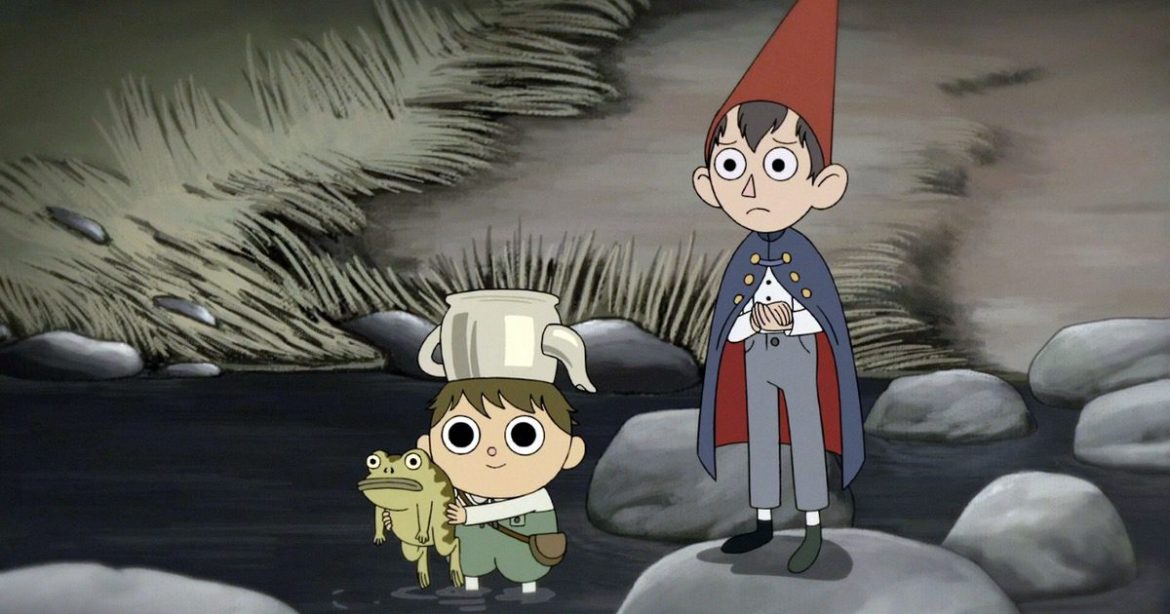 How the gentle wind,

Beckons through the leaves,

Dancing in a swirl,

The loveliest lies of all.

October came to a close this last weekend, which means that it’s time for my favorite fall tradition: re-watching Over the Garden Wall.

Is Over the Garden Wall a movie? You’re probably asking. Well, is The Odyssey a short story collection? I smugly reply back.

No, of course, it isn’t technically a movie. However, over the course of its 114-minute-long runtime, it manages to quietly flex its position in animated film canon like nothing else quite could, and the story of Wirt and Greg is one that continues to invigorate those familiar with the two traveling brothers and their honor-bound bluebird.

It tells, over ten 11-minute episodes, the tale of two brothers, lost in the woods, searching for a way home. They stumble their way through a world that is tired, worn, and preparing for winter. They wind their way through these woods, and as they do, they wander into communities that each have their own little local customs and practices. The show has no desire to explain these customs to you, and neither do those who carry them out; the Woodsman must keep his lantern lit, after all, and don’t you stop him from getting the oil he needs.

The series informs its world through the Americana stylings of the late 19th Century, with music to comfort you in the cold nights to come.

Each episode deserves its own breakdown, but I always find myself excited for “Songs of the Dark Lantern”. In it, Wirt, Greg, and Beatrice find themselves taking shelter in a tavern with the local townsfolk. They have no names, only sobriquets that detail their role in the town’s story. The Tailor, the Baker, and the Highwayman all sing their songs of life and how they fit into their pastoral archetypes and demand the same from the brothers. The town grows frustrated and angry with Wirt and Greg, however, because they seem to have no role in this story, until they are given their final, true label; Pilgrim.

They are travelers, on a sacred journey, or so the townsfolk say.

At this point, to say that Patrick McHale and his team are a little obsessed with the stories of the stories they tell may be a little on the nose, but that never stops the show from going places you don’t expect, and when you do expect it, you can trust the hands that are taking you there.

Perhaps the last, best thing about Over the Garden Wall is its refusal to answer the questions that don’t matter. Maybe it’s me, but I’ve begun to grow weary of having every small question answered. Of knowing why Chewy didn’t get his medal. Of having an entire series for Nurse Ratched. It has a small comic book run, not to tell us more about the world that is so familiar yet so bizarre, but rather to give a bit more depth to the adventures we already see on screen, and although I’m certain they would love to, studios like Big Sky and Illumination have not been able to touch it.

In a world of brand ubiquity, it remains unaltered. Over the Garden Wall remains a rare example of simple, beautiful, perfect art, existing on its lonesome, quiet comfortably content to let us speculate about the unknown in The Unknown.

And come every fall, I’m happy to travel back through the swirling leaves, and begin the journey again, over the garden wall.

Thank you for reading! What are your thoughts on Over the Garden Wall? Comment down below!

This show really is incredible! I remember seeing it for the first time a few years ago and I watched several times in a row to catch everything I could. Thanks for the post!

Such a good miniseries!