‘True History of the Kelly Gang’: A Subversive Dismantling of Masculinity and an Australian Icon 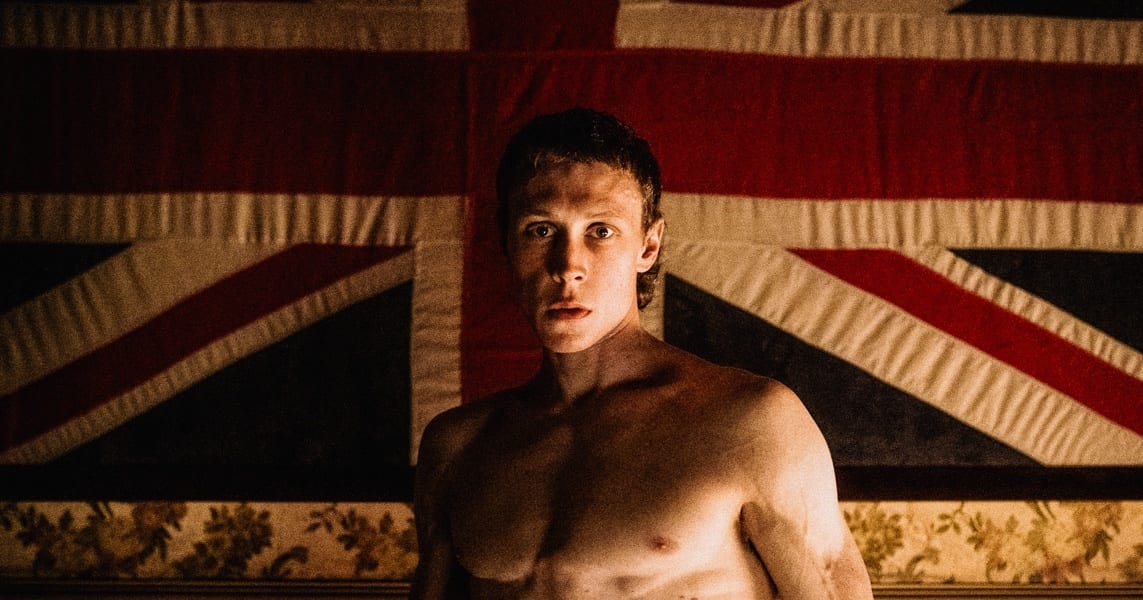 The infamous Victorian Bushranger, Edward ‘Ned’ Kelly is arguably Australia’s most controversial historical figure. A 19th-century outlaw, thief, and murderer that in equal measure has been both condemned as a villain and mythologized as a heroic Robin Hood type. A political vigilante and legendary folk hero; the poster boy for working-class resistance against British Colonialism and the authorities. Ned’s radical anti-establishment sentiment has seen him become a martyr in the eyes of far-right Australians, subsequently leading to his iconic image becoming co-opted into the personification of Australian masculinity and a xenophobic symbol of conservative values such as anti-immigration (Despite Kelly’s parents being Irish convicts. How ironic?).

Ned Kelly’s storied legacy is one that has been told onscreen since the birth of cinema. From 1906’s The Story of the Kelly Gang, the very first feature-length film ever made, to the 1970s where Mick Jagger of all people donned the bucket helmet and the early 2000s where the late great Heath Ledger played the notorious bushranger. Even Australia’s forgotten walking stereotype, Yahoo Serious played a parodic version of Ned in 1993’s Reckless Kelly. But instead of another stale, hagiographic retelling of the Ned Kelly story, director Justin Kurzel has crafted a subversive deconstruction of Kelly that shatters the mythos of an Australian Icon with this adaptation of Peter Carey’s award-winning novel.

True History of the Kelly Gang challenges us to question the legend of Ned Kelly before we even see a single beautifully gothic frame of this motion picture. The opening text reads “Nothing you are about to see is true”, before every word except for ‘true’ fades off the screen and the rest of the film’s title slowly fades in, immediately establishing what you are in for and how you must view the film not as fact, but as a paradoxical myth. Told in three chapters each representing moments in Ned’s life, opening with the chapter entitled Boy, where 10-year-old Ned (newcomer Orlando Schwerdt) is living with his siblings and his prostitute mother, Ellen (Essie Davis). From an early age, Ned has this toxic ideal of masculinity drilled into him from his mother. The haunted shame of her drunk, emasculated, cross-dressing husband breeds an insidious, pressured obligation onto her son to become the ‘man of the house’, the importance of fulfilling who he is ‘meant to be’ and not following in the footsteps of his father. Soon enough, Ned is taken under the wing of the gunslinging, cold-hearted bushranger, Harry Power (Russell Crowe) to show him the ropes on how to survive in this cruel forsaken land and become a ‘real man’.

This toxic masculine ideal continues to torment Ned (now played in a mesmerizingly transformative performance by George Mackay) in the second chapter entitled Man. An adolescence of incarceration and a lifetime of oppression of his family from British officers (personified by Charlie Hunnam’s Sergeant O’Neil in his childhood and Nicholas Hoult’s Constable Fitzpatrick in his adult life) sends him over the edge, forming the titular gang alongside his brother Dan (Earl Cave) as they embark on hellbent journey of raging war with the Victorian police. However, unlike every other literary or onscreen rendition of the Ned Kelly saga, Kurzel and screenwriter Shaun Grant strip away every ounce of heroism, humility, and iconography that Ned is so often synonymous with.

Ned’s bushy brown beard, well-kept hair and stocky, muscular build is substituted for Mackay’s clean-shaven face, strawberry blonde mullet, and his slender, beanpole physique. By design, he is the antithesis of Ned’s appearance and more closely resembles a modern Australian who would idolize Kelly and view him as this epitome of Australian masculinity to aspire to. George Mackay’s characterization of Kelly acts as the biggest, most satisfying middle-finger to anyone who would believe this, but is in service of so much more than just a provocation. He is not some masked avenger seeking justice, he is a reckless, cantankerous young man fuelled by rage and hatred that deep down, is still that scared little boy desperate to prove himself worthy as a man (which Schwerdt captures perfectly as young Ned). He is not a knight in shining armor on the path of righteousness, but a troubled young man clad in a black lace gown grappling with issues of family, masculinity, and sexuality. Through this unconventional humanization and exploration into the complexities of this fictitious portrayal, Kurzel completely dismantles the perceived stoic heroism Kelly is still seen with to this day.

True History of the Kelly Gang is all about interrogating the subjectivity of history through the lens of fiction. As a child, Ned is taught about the importance of being the author of your own history from Harry Power, stating that if his story is left for the English to tell, they will “fuck it up and steal the proceeds”; a sentiment that encapsulates the entire film. Through the framing device of Ned’s voiceover reciting his lyrical journal entries he has left for his child to know his ‘true history’ and remember his legacy, we see how Ned would have had his own story be told. But thanks to the beauty of fiction, it is presented in a way that stays true to film’s intent of challenging perceptions of history. Whether it’s the overt homoerotic relationship between Ned and gang member, Joe Byrne (Sean Keenan) or the Kelly gang and their band of loyal followers (known as the Sons of Sieve) wearing dresses to scare their enemies, these complete fabrications not only furthers the film’s exploration and dissection of masculinity, but also carry themselves with a surreal sense of bravado that feels more resonant and truthful than what has been told before.

The film’s third act entitled Monitor (named after the unstoppable armored warship that inspires the Kelly Gang’s signature bulletproof armor) where the film depicts the Kelly gang’s showdown with the police at the Glenrowan Inn truly hits that point home with a lasting impact. Instead of Ned’s shootout being a valiant and dauntless blaze of glory, Kurzel and cinematographer Ari Wegner create a blood-soaked, strobe heavy, claustrophobic, hallucinatory cacophony of nightmarish violence. Hubris and pride immediately become desperation, fear and contrition and any shred of courage or bravery is completely absent in this intense climax. The moments proceeding the raging gunfight also features the best, most effective use of a change in aspect ratio since the moon-walking sequence in First Man.

In his poetic narration, Ned Kelly pronounces that a myth is more profitable than a man; a statement that echoes through this film like a gunshot. The story of the Kelly gang is one that has been misinterpreted and commodified into this grand tale of uprising against oppression with Ned as their fearless, lionized leader. But through blatant falsehoods and fiction, True History of the Kelly Gang examines the history, the man and the myth and challenges the cultural views of a national icon. Justin Kurzel’s daring adaptation of Peter Carey’s novel is one steeped in deeply critical inquisition, presenting the boldest, most subversive and complicated portrait of Ned Kelly we have ever seen. It may not resonate as strongly with international audiences or those unaware of Ned Kelly, but for Australian audiences, it’s a timely and ruminative re-evaluation of history and mythology.

True History of the Kelly Gang is now streaming on Stan in Australia. The film will be released theatrically in the UK on February 28th and in the US on April 24th.

Thank you for reading! What are your thoughts on True History of the Kelly Gang? Comment down below!

'Babyteeth': A Vibrant, Yet Bittersweet and Transgressive Take on the Teen Cancer Dramedy | MovieBabble June 20, 2020 - 12:45 am

[…] board, Babyteeth is one of the year’s best and along with Justin Kurzel’s masterful True History of the Kelly Gang (also starring Essie Davis) is proving 2020 to be a fantastic year for Australian […]