Bertrand Bonello creates an ode to his daughter in this dreamlike, COVID-centric feature. 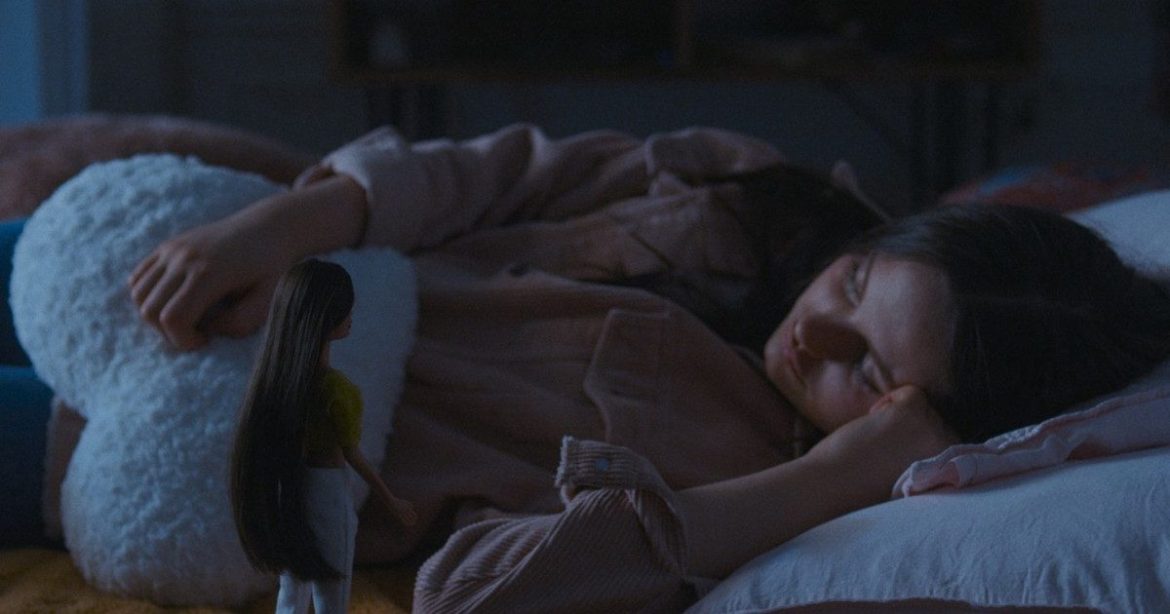 While it’s easy to look at the repertoire of films about COVID and deem them redundant, oftentimes incredibly lazy ways to artistically reflect a universal experience, perhaps the most distinctive among them have been the ones who’ve treated the pandemic with a much more irreverent and experimental streak. The most popular example of note is most likely Bo Burnham’s depressive, metatextual comedy special, Inside, while Radu Jude’s Bad Luck Banging or Loony Porn also stands out as a gleefully satirical riff on the politics that have amplified with the pandemic’s many drastic social developments. But it’s Bertrand Bonello — the mind behind House of Tolerance and Nocturama — who’s adding his own contribution to that pile with Coma: a dreamlike, blatantly avant-garde COVID film about the conscious and unconscious effects that its isolation has imposed on us, framed as Bonello’s attempt to understand the pandemic’s effects on his 18-year-old daughter.

That last part isn’t an element of the film buried under layers of symbolism — it’s something that Bonello makes explicit from the beginning. Coma opens with a sequence of intriguing, grainy imagery overlaid with text from Bonello that directly addresses his daughter, acknowledging the forced reflection and confusion the past two years have brought for both of them, before launching into the film’s narrative, featuring an unnamed young girl (Louise Lábeque, returning from Bonello’s previous film, Zombi Girl), and the blearing between reality and fantasy she experiences as she indulges in the latter. Coma seems to be just both Bonello empathetically attempting to comprehend his daughter’s own experiences through symbolism and metaphor, as well as Bonello trying to understand the effects of COVID on ideas like parasocial relationships, the subconscious, and our interactions with one another. It’s a playful experiment of a film, but it’s also an experiment coming from someone widely reputed for his keen awareness of the effects of anxiety and confinement as a result of the social dynamics around us — and it’s ultimately what brings Coma together as one of the more unique representations of an earlier time in the pandemic era.

Our unnamed protagonist largely seems to live alone at home, and like the vast majority of people during the earlier, strictest stages of the lockdowns that came with the pandemic’s onset, retreats into various, mainly online, hobbies and indulgences that consume much of her daily life. The first two and perhaps most prominent of them are a YouTube channel from Patricia Coma (Julia Faure) — a nigh-Petersonian pundit who preaches about the absence of free will and sets her videos in locations so bourgeois you’d think she was also aesthetically pulling from certain corners of the BreadTube world — and a bizarre dollhouse soap opera that the young girl plays out in her own head, centering itself around a Barbie doll named Sharon’s (Laetitia Casta) decision to confront her partner, Scott (the late Gaspard Ulliel, in his final film role) about an affair he’s had. What starts off as a distinct, almost episodic series of events and encounters the young girl has with the hobbies and newfangled obsessions she develops gradually morphs into something almost hallucinatory in how it blends them all together, merging various individual forms in the medium of film for an experience that’s funny, intriguing, and at points frighteningly tense all at once.

Coma is a film less interested in streamlining a conventional narrative about COVID, so much as it is trying to push the boundaries of how symbolism and representation can largely take the place of a more blunt narrative experience. To that end, so much of the film’s individual anecdotes — as much as they seem to leak into each other and interweave in disorienting ways — each tap into their own sets of anxieties about the younger generation’s navigation of COVID as a whole. For instance, the young girl’s continued viewing of Patricia’s videos grows into a parasocial relationship so deep that Patricia eventually becomes a Charon-like subconscious guide of some sorts in the girl’s dreams, as she finds herself running through the forests at night, followed by ominous pursuers whose identities aren’t clear until the end of the film. The Barbie doll storyline also ends up taking on increasingly strange permutations, with bleakly funny moments such as when Scott inexplicably starts reciting Donald Trump’s manic tweets about North Korea, and scenes in which elements from Coma‘s other storylines seep into the dolls’ dialogue and experiences. The true crime world, a now-ubiquitous point of ethical debate for much of the internet’s morbidly curious corners, also ends up as one of the young girl’s newfound interests — one that leads to tangible danger for her friends when they start convening on Zoom and discuss gruesome killers in an almost romanticized, fascinated fashion.

Through his attempts to tie all these disparate threads together, Bonello plays with format and presentation more than he’s possibly ever done before, constantly switching around different forms within the medium. Scattered throughout the film are various aspect ratio changes, not to mention alternations between live-action, security camera footage, as well as hand-drawn and stop-motion animation, each change delineating a separate storyline or state of mind in Coma‘s stream-of-consciousness narrative. It doesn’t necessarily result in a disjointed product so much as it does a relatively all-encompassing one, although there are certainly points where the film’s focus identifiably, and perhaps inevitably, falters. In covering the total scope of Bonello’s own musings about what he imagines his daughter’s experience with COVID would have been, it’s certainly a distinct approach, but “jack of all trades, master of none” is largely what comes to mind in talking about a film with as wide a reach as Coma. Certain elements of the film’s many changes in format, as well as its more symbolic devices — such as a Simon-like toy Patricia sells called the Revelator that supposedly demonstrates a total absence of free will and choice — never quite get the full due they deserve, despite the fact that the ideas introduced in them may have been more affecting with some more time and energy invested in the directions they could have been taken.

But Coma still very much stands out by merit of the fact that Bonello very much has an overarching thesis for this film — one that expectedly takes concepts such as the anxiety and lack of personal connection found in the COVID world, and chooses to make it empathetic even amid the noises it continually stacks on top of each other. It’s got no answers for how to navigate such a complex personal and societal problem, instead always asking questions through the juggling act it pulls off, and it’s even willing to admit to that lack of answers towards the end, but it never succumbs to despair as a result of it. By dedicating Coma to his daughter, Bonello makes it clear that he wants nothing more than to give her answers that he knows he’ll never have — and Coma’s real resonance comes in how that sense of constant uncertainty happens to be the thing about both of them that they just might have in common with the rest of the world.

For more information on Coma and other films playing at the New York Film Festival, check out their website.

Thank you for reading! What are your thoughts on Coma? Comment down below!

‘Contagion’ and the Thin Line Between Art and...