‘If Anything Happens I Love You’: The Other U.S. Epidemic 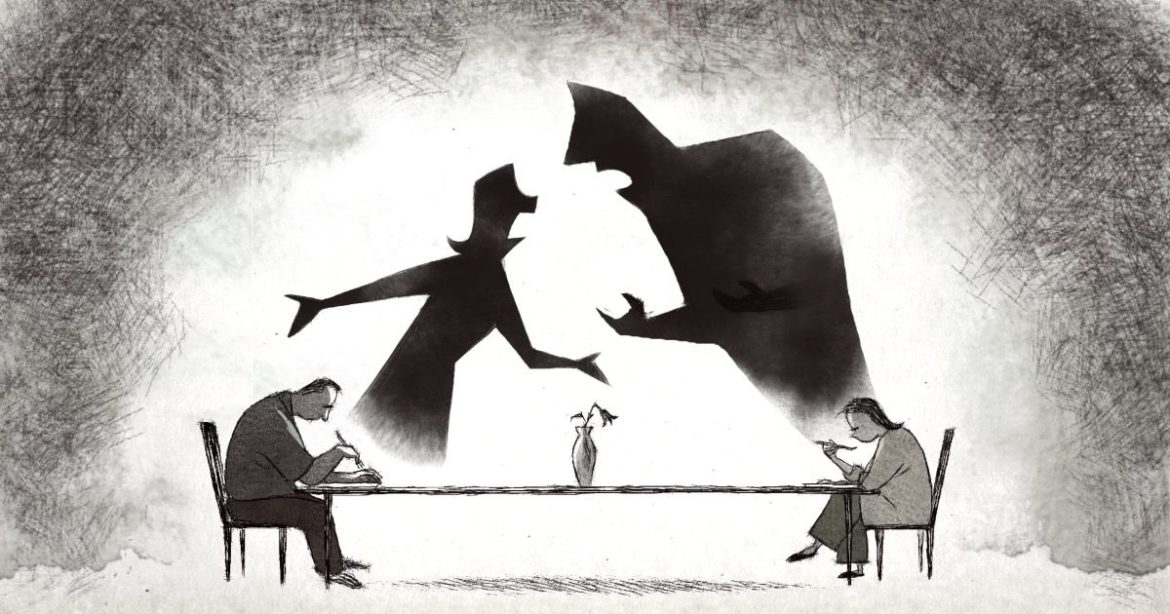 Warning: This article assumes you have seen the film If anything happens I love you. Please, go watch it on Netflix before reading. It’s only 12 minutes.

2020 has proven to be an incredible year for short films, and it is largely thanks to Netflix. First there was David Lynch’s What Did Jack Do?, then the Homemade films, and now…this.

The first time you see color is the splotch of blue on the house’s siding. It’s paint. The man’s shadow cradles it. The next blue you see is a little shirt, which the woman clutches before collapsing, causing a soccer ball to fall. They lost a child.

About five minutes later, after a montage of memories and more blue, you watch the shadows scream like kitchen knives plunging deep into your forearms, but no sound comes out. The child is not stopped by their embrace, does not take their hands extended. The child continues into school.
No.
No.
A United States Flag Is On Full Display And In Full Color.
Pop.
A United States Flag In Full Red And White And Blue.
Pop Pop.
Fade to black as children scream, followed by
more red, more blue.

Text:
If anything happens I love you

You remember.
You remember March 15th, 2018, when you were a Junior in high school. It is hours away from the opening night of the biggest theater production your school has ever put on, and people are backstage! They are nervous, excited, overwhelmed, as are you!
And then there is a commotion.

Everyone rushes into the dressing rooms the music is turned off the lights are turned off people’s phones are going off but only on vibrate now and suddenly you get it. There is an armed man on campus. Two dozen people alone together in a cramped dark coffin; a muffled whimper accompanies sweat and tears. You open your phone.

Text:
Mom, we are in lockdown. Possible armed man at school. Most of the drama kids are in the dressing rooms. Police are on the way or already here. Don’t come. I love you.

I was lucky. Everyone evacuated safely. There were no shots fired, no injuries, no deaths. But the texts were still sent. And I will know what it felt like that afternoon that lasted forever, forever.

This current school year has had the least amount of school shootings in the U.S. since, well…as long as I’ve been alive. This is because they are closed. We traded one epidemic for another in this country. Both are thanks to a government that cares more about retaining power than about saving lives. We are not crisis actors. We are in crisis. People have died, and are continuing to die. Don’t you dare try and blame us for doing so.

If anything happens I love you, while nicely animated, is not a particularly great short film. But it is both effective and affective, and that’s the point. The film’s ultimate message is that we need to grieve together. So let’s.

Thank you for reading! Did you see this film? Comment down below!

Wow that’s some heavy stuff. Thanks for writing this B.