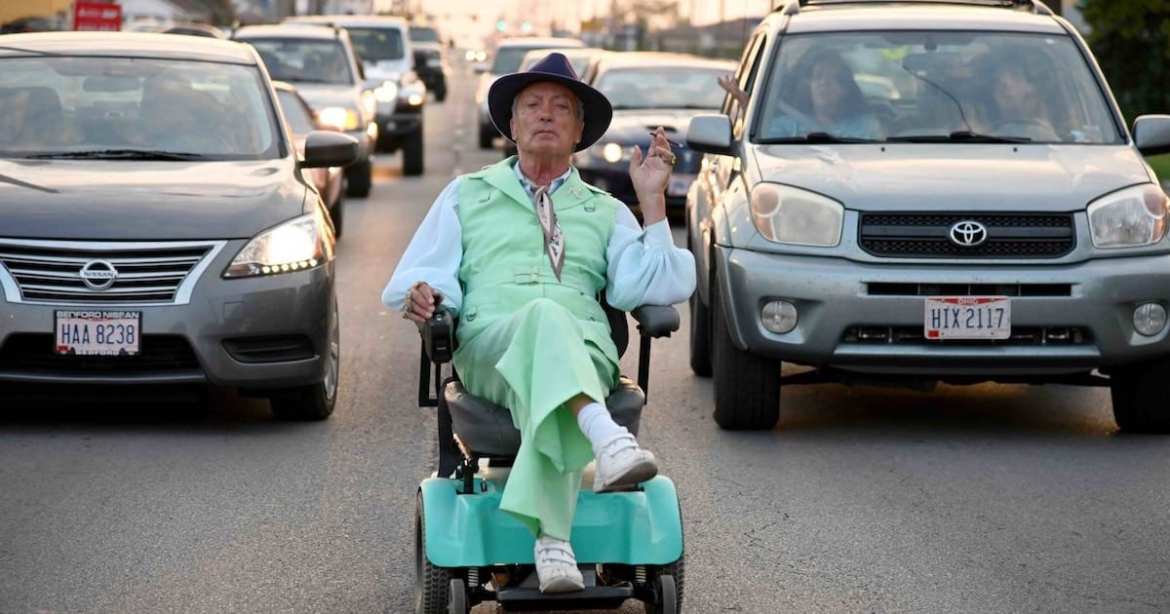 While watching Todd Stephens’ Swan Song, I couldn’t help but think of The Old Man & the Gun. David Lowery’s film is a solid and surprisingly layered throwback, somehow managing to feel low in stakes while still being about a bank robber. It saunters along at a relaxed pace, and its cool charm is irresistible. Of course, the film has an added level of depth as Robert Redford’s final starring role, with his character Forrest Tucker acting as an ode to some of his more classic characters.

Unlike Redford, Udo Kier, the star of Swan Song, shows no signs of stopping any time soon. From working with some of the greats to showing up in some famously bad movies, Kier is a cult icon. Every movie is better and more memorable when he’s involved in one way or another, no matter how strange or vile the role. The straightforward sweetness of Swan Song is certainly a departure for Kier in that respect, but for an actor who has made a career of being unabashedly himself, it makes for an appropriately titled tip of the cap.

Kier stars as Pat Pitsenbarger, a former hairdresser in Ohio who also used to perform at the local gay bar under the name “Mister Pat”. He was small-town royalty as a younger man, hailed as the “Liberace of Sandusky”. Now, he’s living in a nursing home, seemingly ready to die, or at least understanding that his time will be very soon. He mostly spends his days smoking More cigarettes he’s hiding from the staff and folding napkins he’s stolen from the cafeteria to keep his mind occupied.

One day, Pat is visited by the attorney of his former client, Rita Parker Sloan (Linda Evans). She died a few days ago, and her dying wish is that Pat do her hair one more time for the service — for $25,000. Although, Pat is bitter Rita didn’t attend the funeral of his partner David years ago. He takes on the gig for the money, however, breaking out of the facility (which doesn’t take much work given the lack of any security whatsoever) and walking through town to the funeral home. The events that follow play like a stereotypical road movie, each stop an important part of Pat’s former life and career.

Todd Stephens’ script is filled with oversimplified melodrama, despite being heavily inspired by his own life. But Kier always adds a level of elegance, both to his role and everything he touches. It’s smart to build a fairly conventional movie around a decidedly unconventional figure — Pat may have veered into a flamboyant stereotype if Swan Song starred anyone else. His interactions as someone who showed people they were far more beautiful than they ever realized provide more emotional truth than is on the page. His zingers are delivered at his own pace, which makes them feel more clever.

Most importantly, Udo Kier dances with a chandelier on his head. I’m a simple man, and sometimes that’s all I need.

Thank you for reading! What are your thoughts on Swan Song? Comment down below!