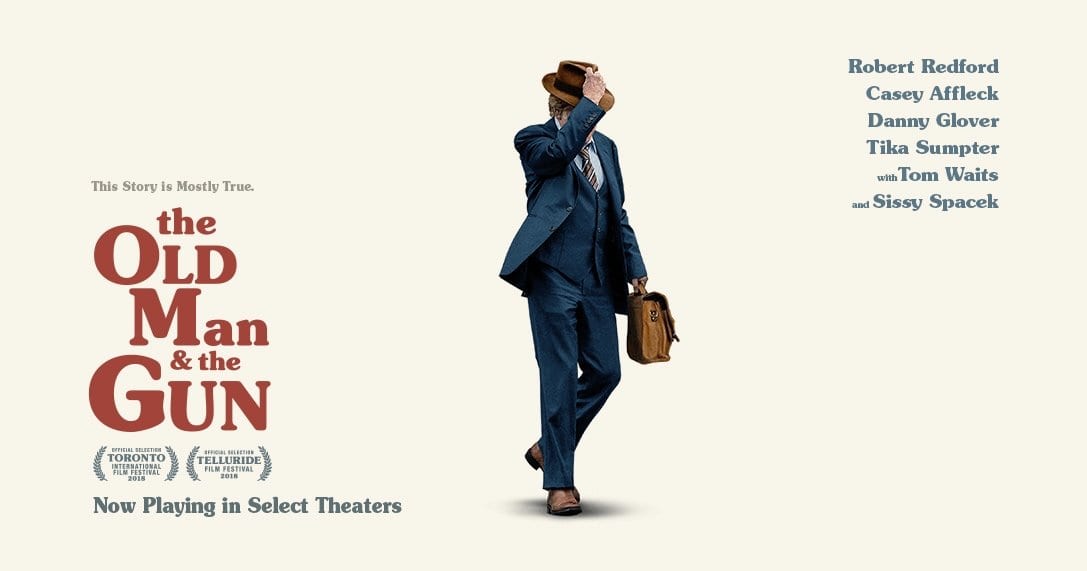 Here’s one of the more obvious statements you’ll read all day: Robert Redford is one of the best film figures ever. From his numerous iconic roles to founding the Sundance Film Festival, he has left an ineradicable mark on film. According to Redford himself, his latest film, The Old Man & The Gun, is also his last, and amazingly, the film itself is a wonderful tribute to his career while still being a great movie on its own.

Forrest Tucker (Redford) LOVES robbing banks. In fact, he’s robbed over eighty of them in a few year’s time. But unlike your typical bank robber, he’s well over 70 years old. Actually, he doesn’t exhibit any of the characters traits that own would associate with a bank robber. He’s very calm, collected, and as one bank manager explains to a detective following an interaction with Forrest, he’s “sort of a gentleman.” His loving nature goes a long way when he meets Jewel (Spacek) and a fling ensues.

As you might expect, however, Forrest won’t get away scot-free. Detective John Hunt (Affleck) takes on the case personally in order to finally catch Forrect and his crew to send them to jail.

The Old Man & The Gun is easily the most bittersweet movie of the year thus far. The so-called “Godfather of Indie Film” has stepped in front of a movie camera for the last time (according to the Don himself), leaving behind an incredible mark on film, including the way it is consumed and produced.

It’s inevitable, obviously, that legends will come and go as studios constantly churn out new films. Out with the old, in with the new, as they say. As for Redford, however, we should make a concerted effort to not take his career for granted in the coming years as we further away from his onscreen presence. Redford is unequivocally one of the best. Remember what Pixar’s Coco taught you about legacy and remembrance!

Damn, I just made myself tear up thinking of Miguel and Mama Coco singing “Remember Me.” (soft sobs)

The Old Man & The Gun might be the perfect movie for Redford to call it quits. Naturally, the focus is entirely on him as the nicest vigilante you’ll come across, but it also speaks to the Redford’s history in the industry.

Think of your favorite Redford characters. Unquestionably, a lot ideas probably rushed through your mind. As for me, when I think of Redford, my mind always goes back to his dashing yet morally questionable persona that he uses quite often. There’s something about seeing him crack a smile towards something that is less than lawful that is absolutely perfect.

Forrest Tucker is certainly an extension of this persona. It’s like all of these characters grew up, and now we have this dashing figure who can still come up with ways to live his dangerous life in his older age. I love everything about Redford’s performance in The Old Man & The Gun. His bravado harkens back to the dashing men of old Hollywood. His voice level never shifts; he’s always calm, cool, and collected, especially when he chats with Sissy Spacek (which make for some of the best scenes in the entire film). He’s so damn charming that you as the viewer often times forget that he’s a vigilante that has been in and out of prison well over a dozen times.

For those of you that don’t know, Forrest Tucker was a real-life criminal, and yes, he grinned from ear to ear as he robbed one bank after another. The movie itself is based on a 2003 article in The New Yorker written by David Grann. Upon learning of the story, Redford and his representation immediately went to director David Lowery to helm the project. Needless to say, they picked the right man for the job.

Lowery has had an interesting career thus far, making odd little films like A Ghost Story to dabbling in the studio system with movies like Disney’s Pete’s Dragon (another collaboration with Redford). But if there’s one element that is present in all of his films, it’s that he loves adding fantastical twists to his stories.

The Old Man & The Gun is by no means a fantasy tale — it very much resides in reality — but Lowery captures the spirit of this story with a lovely sense of whimsy. The film’s energy (helped in part by a lovely casual jazz score) is incredibly infectious, bleeding the attitude of Forrest Tucker into every other element. I can’t speak for the historical accuracy of The Old Man & The Gun, but it captures what this character loves so much about his life of crime: it makes him feel alive. In that way the film takes on an aura that is delightfully slight and carefree, mirroring the feelings of its main character perfectly. 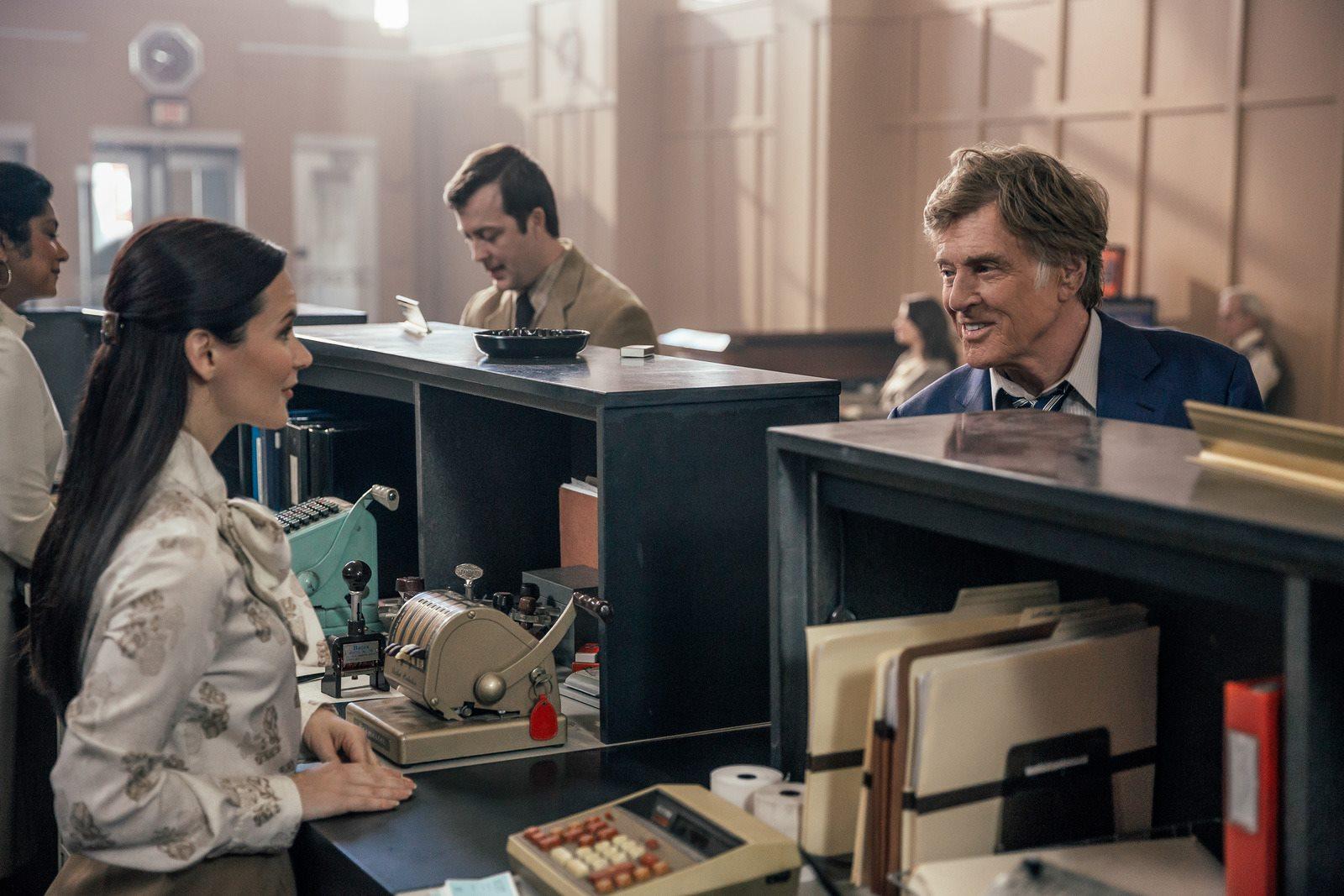 Everyone here puts in a great performance. In one way or another, each main player shines. But Robert Redford is almost too good in this movie as he casually acts everyone under the table. So whenever the film cuts away to Casey Affleck’s John Hunt as he looks to track down Forrest Tucker and his gang of bank robbers, I grew impatient waiting for Redford to appear once again. Redford’s performance and character is blatantly more interesting, even if all the other side stories within The Old Man & The Gun are well-constructed and fascinating in their own right.

It’s necessary to flesh out the police’s search for this serial robber, but there’s no question that the The Old Man & The Gun takes a slight dip in energy whenever Redford isn’t in a scene.

But then again, can you really expect actors to successfully go up against a legend? They call him a legend for a reason! 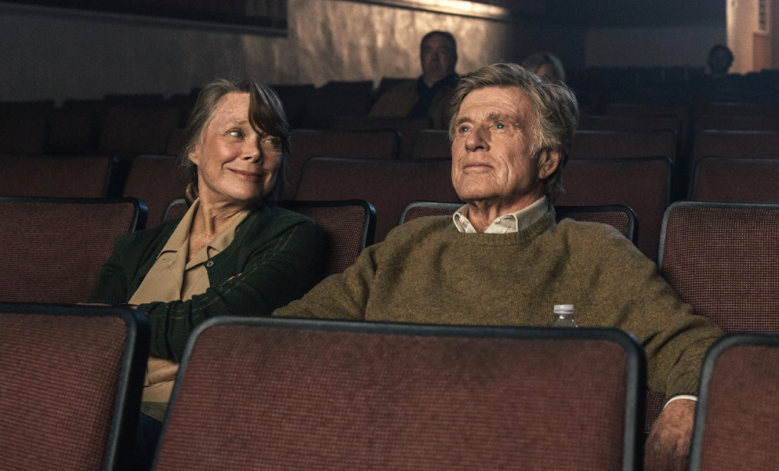 The Old Man & The Gun is such a pure delight from start to finish. It’s pure-hearted and oddly whimsical, wrapping you in a metaphorical warm blanket as Redford’s gentleman charm instantly wins you over.

Some may criticize this movie for its rather small scope or possible insignificance, but that’s its most redeemable quality. Its soothing story captures the spirit of its odd real-life subject, adding another wonderful chapter to David Lowery’s directing career while finishing off Redford’s work with a resoundingly satisfying final paragraph. Thanks for reading! What are your thoughts on The Old Man & The Gun? Comment down below!

[…] watching Todd Stephens’ Swan Song, I couldn’t help but think of The Old Man & the Gun. David Lowery’s film is a solid and surprisingly layered throwback, somehow managing to feel […]

this movie was a huge risk for me, I went to watch it based only on reviews like yours. But after I watched it, I wanted to review this movie. Please check my review and let me know what you think

Amazing. Just yesterday I read a review, which someone positive; but you seem to love it more. Am even more keen on checking this out, especially as this is Robert Redford’s retirement project.
BTW am hosting a Blogathon, for this month, do hop in and it would be great if you can join.
Cheers
Nuwan

Ill have to check it out! 😁 thanks so much for your kind words!!!

Thanks for the review! This one goes on the watch list.

As it should! What a lovely film 😁