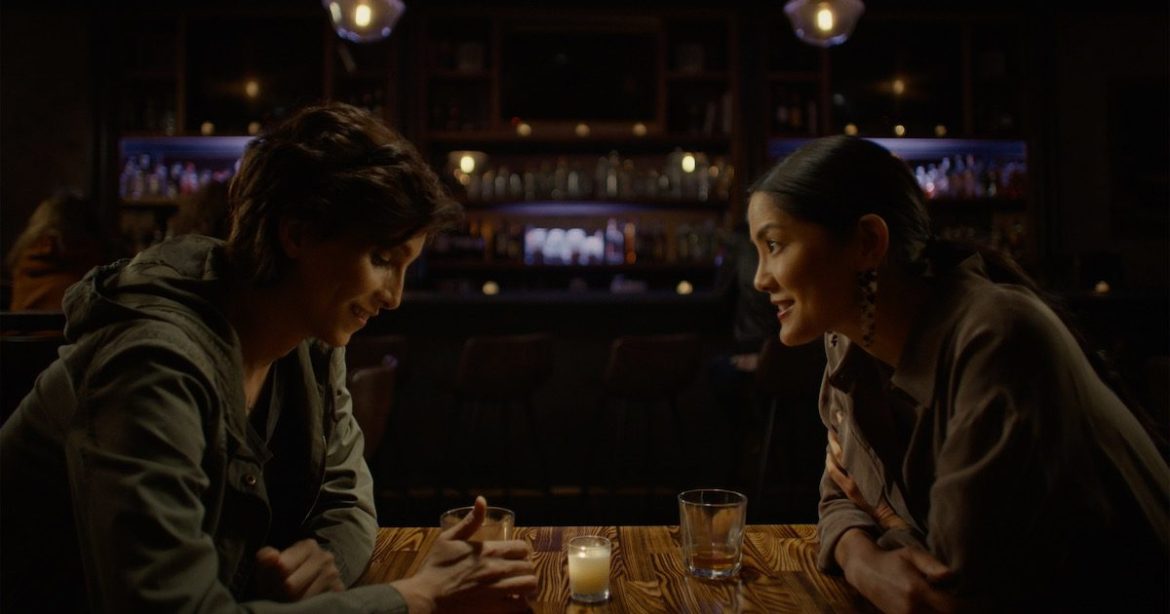 I love a good walk-and-talk movie. Especially in a time when the most popular films are often heavy on plot, their relatively formless presentation can act as a nice palate cleanser while still showcasing plenty of subtle artistry. To its credit, Mari Walker’s See You Then will certainly engage — it has plenty of food for thought in its short 74 minutes — but it sadly left me wanting a bit more.

After years apart, Kris (Pooya Mohseni) invites Noami (Lynn Chen) out to dinner to catch-up on their lives. Kris and Noami used to date in college before Kris swiftly broke it off and left town. Since, Kris has transitioned to a woman and Noami has started a family. Frustrated she had to give up her passion as a performance artist and now feeling generally stuck in a thirty-something malaise, Noami still harbors a lot of resentment for the way things ended with Kris. But while Noami is seemingly stuck in the past, Kris is focused on moving forward as her true self. Reliving a painful breakup is tough enough, but how can someone fully explore those emotions as a partner when the period was marked by an identity the person no longer has?

Our personalities and pasts never fully disappear. As a trans woman herself, writer/director Mari Walker brings considerable nuance to Kris and Noami’s conversations, swiftly moving from casual banter to hard-hitting, fraught topics within minutes. It’s so lovely to see Walker be able to tell such a personal story — See You Then is unquestionably an important step forward for trans representation in film. The problem lies within the writing. The probing dialogue dampens the effect of the possibly powerful conversations as Kris and Noami begin to interact more like a writer’s list of talking points than real people attempting to sift through their complicated emotions. Despite the film’s desire to present everything as a mere night in the life of these people, the interactions are far too stilted for my taste. Nothing is terribly natural.

Thankfully, Pooya Mohseni and Lynn Chen do plenty with what they’re given. Mohseni has a knack for delivering dialogue deliberately without making a show of it, forcing you to hang onto every word. (Cast her in more things please!!!) Chen is quite fearless, attacking her part with considerable vigor.

Eventually, the amiable words turn to complete bitterness. See You Then‘s climax is filled with mudslinging and shocking revelations. All of which feels a tad empty. Walker’s direction is fairly flat throughout, which does little to distract from the blunt back-and-forths. But the film never pulls its punches — it’s unafraid to dive into prickly subjects — which indicates Walker could make a stirring film down the road.

Thank you for reading! What are your thoughts on See You Then? Comment down below!