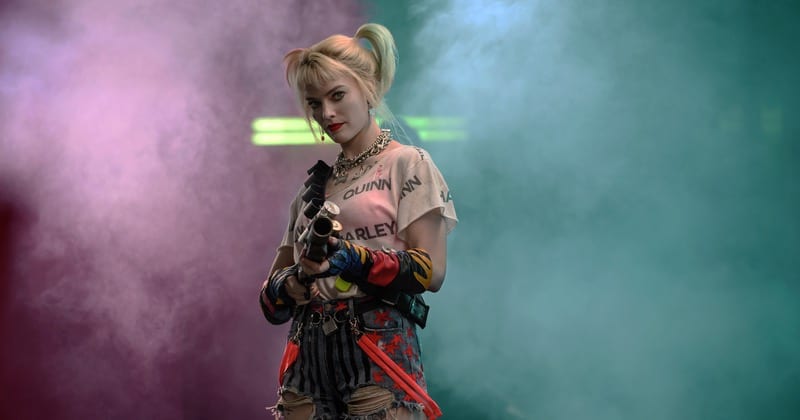 Similar to its leading lady, Cathy Yan’s Birds of Prey (2020) was dealt a shit hand. David Ayer’s Suicide Squad (2016) is a music video masquerading as a feature film, a two-hour movie trailer full of undeliverable promises. And with Jared Leto’s Joker languishing on the cutting room floor, the divided fan base could only agree on one thing: they wanted more of Margot Robbie’s Harley Quinn.

So, as a result of DC’s infamous studio interference, Yan was forced to make the best of a bad situation and adopt Ayer’s chaotic mise-en-scène for the sake of tonal consistency.

But, with a parent film like Suicide Squad (as well as a title like The Fantabulous Emancipation of One Harley Quinn), Birds of Prey is still better than it has any right to be.

…There are plenty of praises to be sung about Birds of Prey. Harley’s voice-over establishes her as the first-person narrator, and the nonlinear editing and cartoonish aesthetic externalize her moonstruck psyche cinematically. She is very much the comic book character here, not as humorless as her ex-boyfriend has become. Regardless, she continues to be a survivor coping with the trauma of treating a manipulative, psychopathic personality such as the Joker. It is the Batman canon at its best, as opposed to the far-right narrative of a billionaire terrorizing the lower classes of Gotham.

Indeed, Margot Robbie was born to bring this antihero to life.

The Star of Our Generation

As we learned from Martin Scorsese’s The Wolf of Wall Street (2013) and Adam McKay’s The Big Short (2015), all eyes are on Robbie in whatever scene she shares. In Craig Gillespie’s I, Tonya (2017), Josie Rourke’s Mary Queen of Scots (2018), and Jay Roach’s Bombshell (2019), she proves to be a dynamic and complex performer underneath that once-in-a-lifetime beauty. As for Quentin Tarantino’s Once Upon a Time in Hollywood (2019), she develops Sharon Tate across her precious few minutes of screen time with charisma and empathy.

Robbie’s interpretation of Harley Quinn is all of the above. Her “sad clown” persona, characterized in subtext, humanizes Harley in such a way that the audience sympathizes with this violent criminal. Not only that, but she also transcends beyond the caricature of comedic relief to which the ensemble cast of Suicide Squad streamlined her. What’s more, Birds of Prey is an ethical character study insofar as it deconstructs Harley’s victimhood. At the same time, it redeems her through her sisterly chemistry with her female co-stars, like only a woman in the director’s chair could concoct.

A producing credit to her name, Robbie played a role behind the camera, too. To be sure, her collaboration with Tarantino electrifies every frame in Birds of Prey. 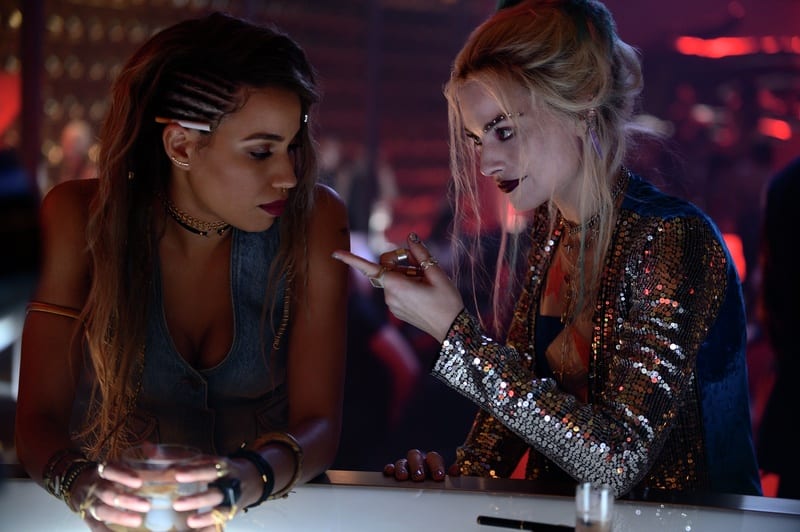 The fight scenes in Birds of Prey eclipse even the gooseflesh-raising “No Man’s Land” set piece in Patty Jenkins’s Wonder Woman (2017), the greatest DC Extended Universe picture. Birds of Prey and Wonder Woman are both guilty of the overreliance on CGI and slow-motion which have become clichés in the action genre. However, for Birds of Prey, the dramatic stakes are higher because the titular “Birds of Prey” are not literal gods, as is the case with Gal Gadot’s Diana Prince. Instead, the life-or-death choreography found in Birds of Prey recalls two of the greatest female-driven action flicks of all time, Tarantino’s Kill Bill: Volume 1 (2003) and Kill Bill: Volume 2 (2004). Furthermore, Birds of Prey is the more feminist entry because its heroines fight for each other, not against each other.

There is also stunt work from Robbie involving roller skates and the front of a speeding car. The imagery calls to mind Tarantino’s Death Proof (2007). Together with Kill Bill: Volume 1 and Kill Bill: Volume 2, Death Proof is Tarantino at his most colorful, style-over-substance filmmaking. Rather than functioning as a pale imitation of Tarantino, though, Birds of Prey serves as an example of the B-movie tradition from which the auteur borrows. It is not an homage seeking to reinvent the wheel. Like all well-made films, of any genre, it knows its limitations, and it is lovingly and passionately crafted anyway. It plays by the rules, and it wins.

While these comparisons legitimize Birds of Prey, this next parallel will go to show how it surpasses that other R-rated release about a DC supervillain.

The Greatest Breakup Movie Since Midsommar

Starring none other than Harley’s ex, Todd Phillips’s Joker (2019) is a companion piece to Birds of Prey. Its dark palette complements the bright brushstrokes painting Birds of Prey (both visually and auditorily), and it is self-serious where Birds of Prey is unapologetically escapist. Both films are politically charged, but the plight of Joaquin Phoenix’s impoverished, mentally ill Arthur Fleck is nowhere near as intersectional or diverse as the sisterhood in Birds of Prey. For that reason, Birds of Prey is the more positive, empowering film. Its targets of oppression forge a communal bond stronger than any man, whereas the Joker’s reaction to the abuse in Gotham is to make the world a worse place.

Additionally, Birds of Prey rises above its influences and speaks with a voice all its own. Joker, on the other hand, can’t quite get out from under the shadow of Martin Scorsese’s Taxi Driver (1976) and The King of Comedy (1982).

A Whole Greater than the Sum of Its Parts

Even though Birds of Prey isn’t going to rake in Academy Awards nominations like Joker (or, for that matter, Tarantino), it isn’t trying to. It knows what it is, and it’s good at what it does. It works with what it was given out of Suicide Squad, and no longer is Harley Quinn defined by the Joker.

Thank you for reading! What are your thoughts on Birds of Prey? Comment down below!

[…] you can’t help but wonder if Galan Galindo has made this film as a compromised way to make a superhero movie on a crime thriller budget. (His short film directorial debut was about comics legend Jack […]

[…] I think Alli Hart was a fine choice for playing Haley. Having not seen her before, she was a decent leading lady, and I wouldn’t put it past her that we’ll hear from her again. However, a lot of the other […]

[…] and themes that I can safely say you’ve never seen anything like this before. It’s such a strong visual experience that it’s difficult to put it into words. What can I say, except, that I’ll do my […]

[…] Jones and Rosie Perez are unfortunately wasted. Rosie Perez appears every now and then to give Hathaway some exposition while Toby Jones appears in the third […]