I spent way too long trying to work out a title referencing Olympia black metal outfit Wolves In The Throne Room and the best I could do was Wolves in the Hotel Room so… let’s just all move on.

Werewolves Within is the sort of hyper-self-aware, winking at the camera, brand of horror-comedy that seems to have become more and more sparse over the years. Unknown to me, this film is based on an existing indie video game published by Ubisoft, which becomes less surprising as the film begins to take shape; with its one night of strange murders and varying suspects. Also because it plays with social deduction and distrust which is the core experience of games like this, or last year’s obsession Among Us.

There’s a new sheriff in town (not literally, he’s just the new park ranger) named Finn, played by Sam Richardson, who you may recognize from Veep or a dozen other comedic roles in TV comedies. Here in a rare leading turn, we meet him on an apparent long drive, complete with a self-help audiobook, and in a seemingly rocky marriage. He’s taken a new post in a remote town far away from home. He arrives in a small wooded town named Beaverfield. A seemingly charming and cozy enough place, but on the same night of his arrival, someone or something is violently picking off their victims. A walk down one of the many snowy trails brings you to the local inn, a small business run by a recently widowed woman. It’s become the temporary safe haven for Finn and the rest of the group.

Along with him holed up in the hotel is a varied cast of characters, most notably Cecily the mail carrier, played by Milana Vayntrub (who I must cop to a probable bias for from having a total crush on her for the past few years). She is super charming and you can sense she had a real grasp of the tone and how to deliver her lines. The scenes with Sam and her are the main draw of the film. Richardson is serviceable as a lead, but not much of a personality jumps out. I couldn’t help but be reminded of last year’s The Wolf of Snow Hollow from Jim Cummings who (love him or hate him) undoubtedly brings a lot to his films with his absurdly loud comical characters.

For the most part, some credit should be given to the film for making it relatively difficult to be sure of who the culprit is, though certain personalities will have you aiming your sights elsewhere. It also feels like Director Josh Ruben has a handle on balancing between the humor and the horror, and the movie has a great time leaning into the violence brewing within its conceit. 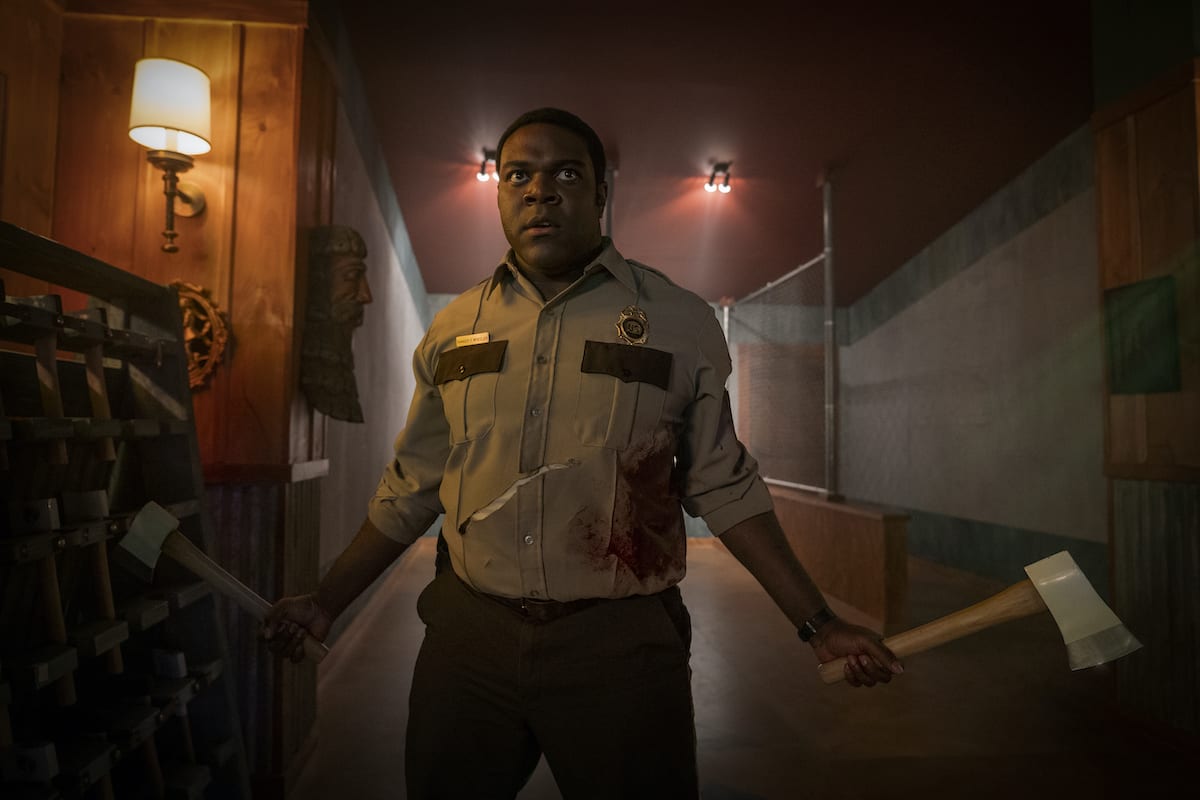 The rest of the cast varies from kind of funny to pretty forgettable — it was difficult to not wish for a sharper group of characters. All are identified by their political leanings (and pretty overtly making them clear) which harkens back to Knives  Out, though if people found the sort of Reddit era, culture war commentary in that film bothersome, this film will likely also tire. Naturally, that didnʼt bother me at all, but what did was that neither the writing nor the performances did anything to elevate these characters above anything other than the caricatures they all are. Stirring the political melting pot is an oil pipeline that a local businessman wants to run through the forest; an idea both thematically thin and half-baked, really less than that.

The setup of Sam’s character taking a position far from his wife, and their clearly estranged marriage provided some mild comedy but also felt underdeveloped. Maybe hoping for a richer dramatic angle or deeper character work is expecting a bit much from a cheeky werewolf whodunnit, but Werewolves Within lacks that second gear. It’s just hit-or-miss quippy dialogue and some fun violence that ramps up; which may be enough for some. There also felt like there was a real opportunity for more visual comedy and flare in this material, but the film did the opposite, stripping back any real set piece, fun and dynamic camera work, or visual gags. All likely due to budget limitations — even though this is Ruben’s highest budgeted film to date — it’s still sorely missed.

Again, it would be fair to say all of this is mostly par for the course with many modern comedies. But there was an opportunity here to make this material shine through better comedy characters and energetic filmmaking flourishes. Werewolves Within is exactly what you’re picturing reading this, which is to say it’s perfectly enjoyable but certainly unremarkable.

Thank you for reading! What are your thoughts on Werewolves Within? Comment down below!

Top 10 Movies Based on Video Games