The Vampire Takes New Form in ‘Boys from County Hell’ 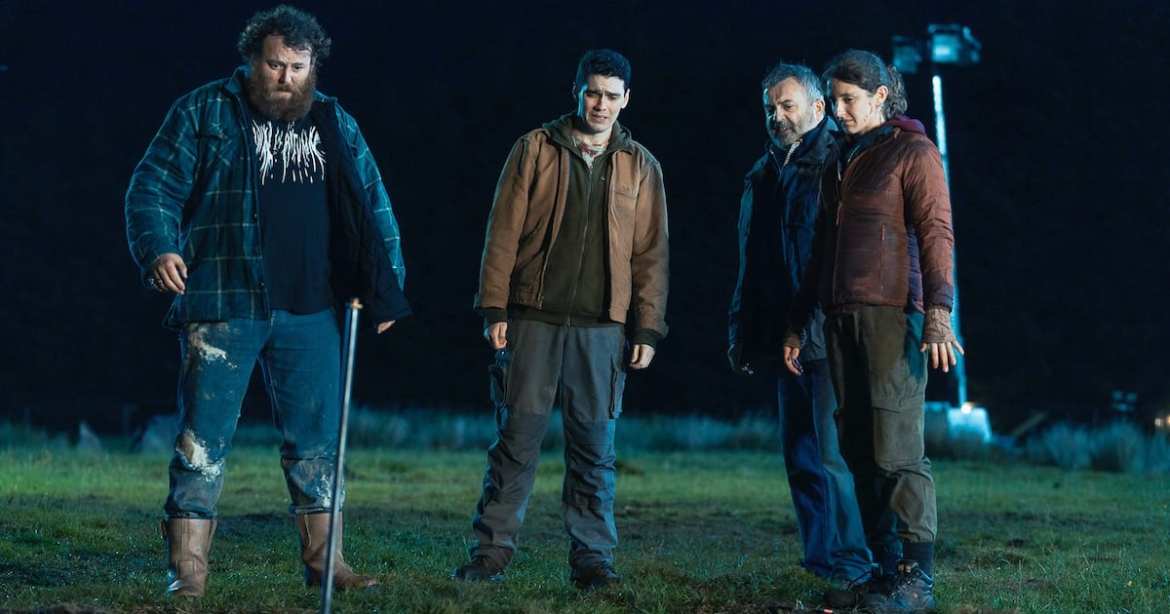 Horror comedy is always appealing, especially for those of us who don’t have the stomach for full-on gore. So when I came across Boys from County Hell, I was immediately intrigued. On top of that, this film practically seemed made for me: set an hour away from where most of my family lives, and featuring Bram Stoker, a man who haunts my studies. Especially with a ninety-minute runtime. Although the film is far from perfect, writer/director team Chris Baugh and Brendan Mullin have come up with a fresh and funny take on the classic vampire story. Boys from County Hell, based on Baugh’s 2013 short film of the same name, will enjoyably fill a rainy afternoon.

It begins with a moment taken directly from the heart of its narrative: two unnamed characters bleeding half to death. While this scene provides no context, the editorial choice of placing it right at the start immediately sets the tone. We know to expect blood; and lots of it. And we certainly get that — but not for a while! The first act of the film moves slowly; even the jokes don’t fully seem to land until the action begins. The script itself is decent, but the actors work much better as vampire hunters than comedians. You could almost skip the first twenty minutes; unfortunately, they provide necessary exposition about our core characters and the as-yet-unseen vampire they have to ward off. Luckily, there are several shots of the luscious Irish countryside to help you along.

We watch as Eugene Moffat, our main character, blunders around his small town and reveals to us three major pieces of information. First of all: Count Abhartach, the original vampire, lies under a pile of rocks nearby. Secondly: Bram Stoker almost certainly stole his identity for Dracula. And most importantly: Eugene’s father is about to begin construction on a bypass that will bulldoze right over his grave.

Fun fact: the first victim of the film actually dies at the hands of a wild animal, rather than the Count. That could be considered ridiculous, but it’s with this death that the film finally seems to find its ground. 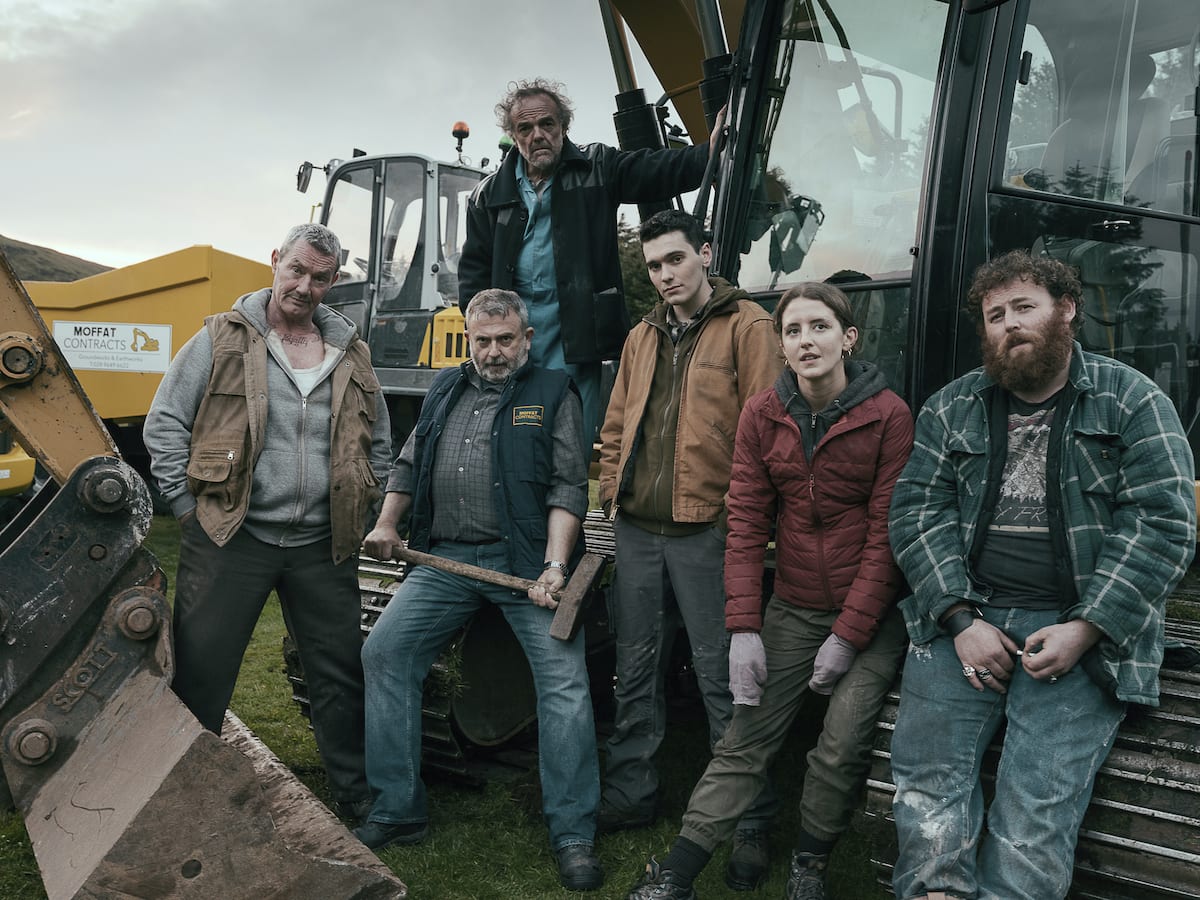 United around a common grief, our five central characters (although there are others who could worm their way into that title) set out on a journey to rid the Earth of this terrible creature. And it’s these characters that truly bring the story to life. Four construction workers (Eugene, Claire, Francie, and SP) and the man whose land they’re destroying (George). A few familiar faces stick out in the crowd, particularly Claire (Louisa Harland) who plays Orla on Derry Girls. Members of the ensemble bounce off each other, with several moments of laugh-out-loud hilarity. I won’t give too much away, but there’s a moment mid vampire battle when they all sit down for a cup of tea that’s just so jarring you can’t stop yourself from giggling. And the jokes are much more entertaining in the pressure of the hunt than they were in broad daylight.

In an interesting choice for a vampire movie, we don’t actually see Abhartach until quite late on. Instead, our hardy bunch of survivors must battle their undead acquaintances before they finally encounter him. This could have added an extra emotional layer to the film. Unfortunately, although our main characters are entertaining, what they aren’t is well-developed. There seems to be little consideration for the actual reality of murdering your friends (even if they are vampires) among a small-town community. I’m going to assume this is down to the runtime; with a plot as action-packed and jump scare heavy as this one, there’s little time for emotions.

When we finally do meet the Count, he’s a breath of fresh air in a world of Edward Cullens‘ and sexy Draculas’. He’s a contender for the vampire with the worst hair since Gary Oldman in Bram Stoker’s Dracula. A vampire worthy of a horror film! He follows none of the typical conventions. No staking, no sunlight aversion, even a unique mode of infecting his victims. In a scene that was incredibly personally vindicating, they look to Dracula for assistance and then immediately abandon the novel. A wise move, as sifting through all 400 pages of that would’ve required at least an extra 45 minutes of runtime.

Something else that shines out in this film, is its soundtrack. Switching effortlessly between classic eerie horror film scores and rock songs, the tension in this film is greatly complemented by its non-diegetic sounds. Unfortunately, I cannot say the same for its dialogue. The sound needs to be up incredibly high to decipher anyone’s speech. This would be fine, if it weren’t for the ridiculous number of audio jump scares. And the fact the subtitles didn’t seem to work, although that could just be a me problem. Be warned: you may go deaf.

Despite its flaws, which also include its slightly cringe-worthy last two scenes, this is a quality film! Just the right balance of horror and comedy, carried by decent performances from all involved. And, Boys from County Hell stands out among its vampiric counterparts with its unique villain and modern take on the Gothic setting: a construction site in rural Ireland. It’s the kind of film you should watch in the dark and with a cup of tea in hand, so you’ll practically feel like you’re there. For added authenticity, maybe even deface a copy of Bram Stoker’s world-renowned novel.

Thanks for reading, and listening! What are your thoughts on Boys from County Hell? Comment down below!

Can usually be found watching early 2000s cinema. Psychological thriller enthusiast and believer that they should make more ballet-themed horror. Lover of murder mystery novels and hoping to study English Literature at university.