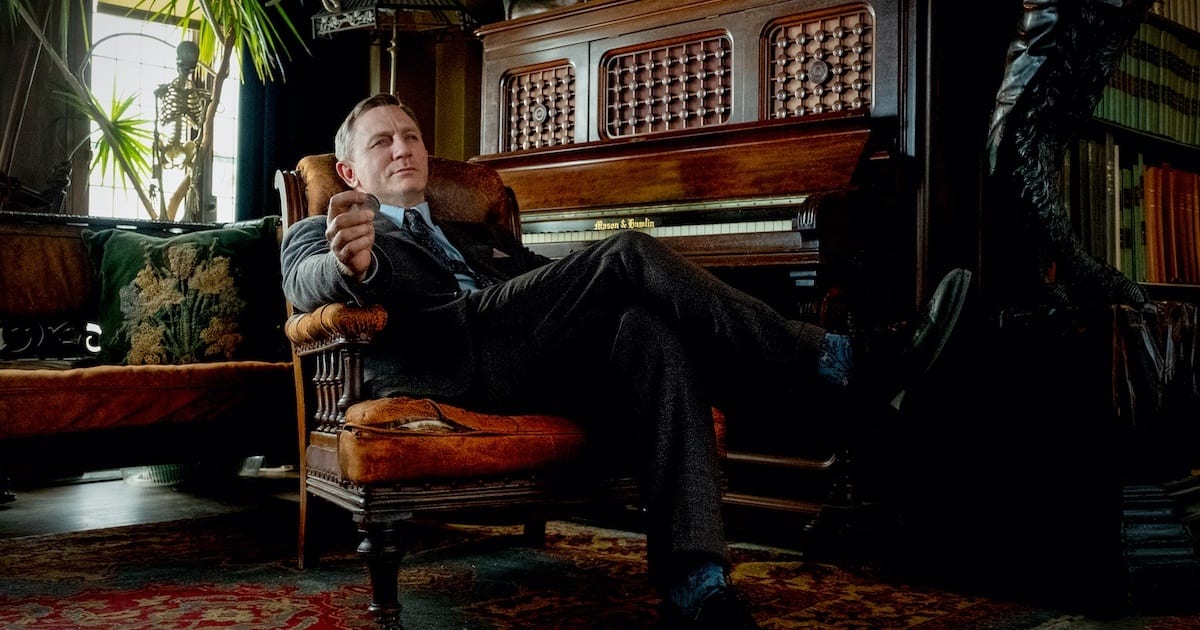 The poster of Knives Out is enough to make any cineaste salivate. An ensemble cast featuring the likes of Jamie Lee Curtis, Don Johnson, Michael Shannon, Toni Collette, and Christopher Plummer? Not to mention also starring our current James Bond, Captain America himself, and the standout actress from Blade Runner 2049? The material has to be really good if it attracted such a caliber of actors! How could this not be one of the most promising films of the year? Well, after the experience that was The Last Jedi, Rian Johnson needed to do a bit more than usual to win me back.

Obviously, I wasn’t the only one who feels lukewarm towards The Last Jedi. Its ultimate reception has been mixed to say at least, with both substantiated and unsubstantiated criticisms. Despite its immense financial profitability, it has tarnished the Star Wars brand for many — I certainly lost interest immediately afterward.

However, my loathing for The Last Jedi shouldn’t factor into my criticism towards Knives Out. I told myself I wasn’t going to even mention The Last Jedi in this review. (I couldn’t help myself.) Thankfully, I must admit: Knives Out is probably one of the funniest films of the year.

Acclaimed crime author, Harlan Thrombey (Christopher Plummer), is found dead with his throat cut, seemingly by his own hand. When a famed private detective, Benoit Blanc (Daniel Craig) is hired to investigate the death, he suspects foul play.

It seems that everyone in the family has a potential motive. Harlan’s daughter-in-law Joni (Toni Collette), had secretively been funneling money from her daughter’s trust fund (financed by Harlan) to her own account. When Harlan discovers this, he cuts her off, leaving her to fend for herself. Harlan also fired his son, Walt (Michael Shannon) from managing his publishing agency, which naturally enraged Walt.

Harlan also discovered that his son-in-law, Richard Drysdale (Don Johnson), who is married to his oldest daughter, Linda (Jamie Curtis), had been secretively having an affair and was threatening to tell Linda if Richard refused to admit his adultery on his own. These grievances and more can certainly lead to murderous intent. It seems that every family member might have had a motive behind his death. Who could it be? It could even have been the kindly nurse, Marta Cabrera (Ana de Armas), whom Harlan had a special fondness for.

Interestingly, Knives Out does shift expectations by unveiling a plot twist early on in the film. This does take away some of the suspense throughout, but luckily, the film retains its entertainment value throughout the end, offering enough new twists to make for a satisfactory viewing.

Everyone Gets to Shine

Despite the large cast, everyone gets their moment to shine. None of them are wasted. You could even make an individual movie about each of these characters. Toni Collette is hilarious as the self-help guru, whose transcendent insight is equal to that of Gwyneth Paltrow’s Goop spirituality. Daniel Craig is having a lot of fun playing the goofy detective, who loves to hear himself ramble on. While his performance as Bond has been rather dull of late, this movie proves that Craig is right at home playing more eccentric characters — as he had proven a few years back in Soderbergh’s heist comedy, Logan Lucky.

Michael Shannon has a particularly funny scene involving him pushing cookies into Chris Evans’ face, which produces an unsurprisingly perfect expression for his preppy, elitist character. Even though Plummer appears only through flashbacks, he still receives a heartfelt monologue that shows off his incredible delivery. Knives Out also features an amusing cameo by the great Frank Oz and M. Emmet Walsh. Ana de Armas is the biggest surprise, however. She’s the protagonist and she shows great emotional depth as the earnest Marta.

Besides the immense cast, each character gets enough characterization and the script never seems to lose focus. There are little nods and references that pay off brilliantly by the end of the movie. I’m sure that on repeated viewings I will notice even more of them.

As one may expect from a Rian Johnson film, Knives Out does have overt political ideas. The characters are obviously living in Trump’s polarizing American zeitgeist. There’s even special mention of the Trump administration’s appalling treatment of migrant children.

The film’s principal character, Marta, has an immigrant mother who came to the states illegally. Throughout the film, she is patronized by most of the Thrombey family. Their treatment of her is subtle, similar to how racism was depicted in Get Out. It’s not overt, but it’s there. These people never venture into racist epithets; instead, they mask their bigotry in politeness. A common gag in Knives Out is that nearly every Thrombey family member has a different idea of where Marta’s family descends from — one says she’s from Brazil, someone else says she’s from Guatemala, etc.

This illustrates that they don’t really know her and never tried to. Even with all their kindness, they don’t consider her an equal. It becomes rapidly apparent once she becomes a threat to their inherited wealth.

This is not to say the film doesn’t take pot-shots at other walks of life, as Toni Collette’s character is obviously a caricature of a social justice warrior.

The film also mocks the American myth of the “self-made” man. Linda calls herself this, showing excessive pride about her business achievements. Yet, as it is poignantly pointed out, she wouldn’t have achieved anything if it wasn’t for her father’s financial investment — similar to another supposedly “self-made” man who’s sitting in the highest office of America.

Yet Knives Out is never heavy-handed. It’s just an added layer to the sophisticated silliness on screen. Besides being a compelling murder mystery, it’s also a satirical gibe against the privileged few.

Ultimately, I found Knives Out to be a joy from beginning to end. A smart, well-crafted murder mystery comedy with an all star-cast. See Adam Sandler, this is how you do a comedic murder mystery!

Knives Out would make a great companion piece to 1985’s Clue and 1976’s Murder by Death. It’s so good in fact, I am almost willing to forgive Rian Johnson for The Last Jedi. (Almost.)

Thank you for reading! What are your thoughts on Knives Out? Comment down below!

[…] of heart and something to say about the times we live in. Anchored by a great lead performance by Katherine Langford, this is a film I have been thinking about often in the months since I saw […]

[…] in the moments when that train is destined for impact, put you on the edge of your seat. It’s a thrilling movie, that is exciting even though we know the outcome long before the ending. Tony Scott made […]

[…] V — The Empire Strikes Back (1980) came out, which seems incorrect at first glance. I love Star Wars and everything in the Star Wars universe. I love the Jedi and the Force and Han Solo and Luke […]

This is an absolutely must see movie. Went with a group and we laughed and laughed even though it’s a mystery! Will buy this in order to pause and enjoy the house interior.

When the Lady Vanished: Looking Back at Hitchcock’s...