‘A Classic Horror Story’ – Karma Is a Bitch 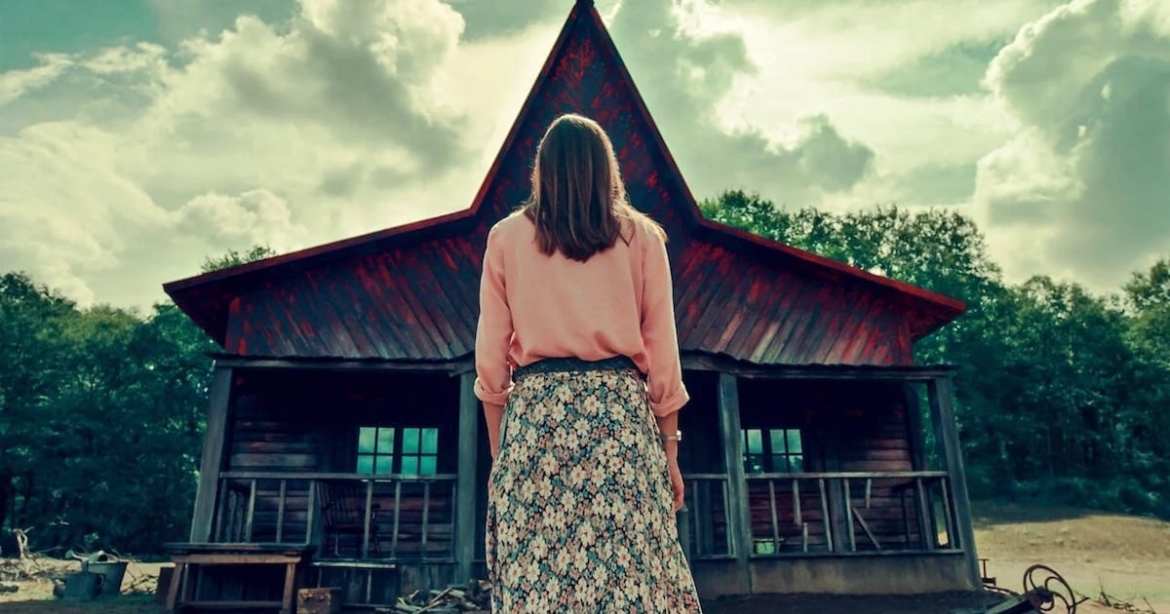 If you know a thing or two about horror movies, you are probably aware that the heydays of Italian horror are long over. Instead of coming up with something original, directors Roberto de Feo (also co-writer) and Paolo Strippoli decided to take a shortcut. They thought it would be a great idea to copy from the horror classics of the past half-century. You will easily recognize The Texas Chainsaw Massacre, Cabin in the Woods, The Blair Witch Project, and Midsommar in A Classic Horror Story. But does this eclectic mix work?

Five carpoolers are on their way to the south of Italy in a camper. There is Elise (Matilda Anna Ingrid Lutz), who is visiting her family, while also obtaining an abortion; a young couple who is about to elope; a doctor whose personal and professional life resembles a bad soap opera; and finally, a film student who drives the camper. In the middle of the night, while trying to avoid a carcass on the road, they crash into a tree. The morning afterward, they discover that they are in the middle of a spooky, impenetrable forest; instead of a road, they see “a cabin in the woods”. After midnight, they succeed in getting inside the cabin. Fabrizio (Francesco Russo), the film student, finds references to a creepy myth in the strange pictures on the walls. More importantly, they also find a very scared girl without a tongue. It doesn’t take long before all these characters are hunted down by a sinister cult.

Let’s start with some of the things I really liked. There is certainly enough blood and gore to keep you entertained. Actually, a die-hard fan like yours truly felt uneasy at certain moments. A Classic Horror Story bathes in a sinister atmosphere, and you won’t hear me complain about the cinematography (although the use of the color red to signify danger has clearly been borrowed from M. Night Shyamalan and other contemporaries).

But when you copy whole storylines from various movies that have little or nothing in common with one another, the end result is highly incoherent. I could not shake off the feeling that at the end of the movie the writers ran out of ideas. And introducing one revealing twist after another (again, a la M. Night Shyamalan) only adds to the confusion. When you overuse them — as is the case here — you stop caring about the plot altogether.

On top of all this, for an hour and a half, you are stuck with some really unlikeable characters. Elise, the main character, does little else than cry and whine. And when she does take matters into her own hands, this sudden move comes over as hardly plausible. Mark (Will Merrick), the British boyfriend, is arrogant, whereas his Italian girlfriend is nothing to write home about. The doctor hardly talks with the others and is very uptight. Fabrizio needs so much attention that he quickly becomes obnoxious. To be honest, I was relieved when they were killed off.

Don’t expect anything great from the actors. You can hardly blame them when they have to work with a not so fantastic screenplay and bad character development. In general, A Classic Horror Story takes itself too seriously and ends up shooting itself in the foot. I was reminded of last year’s Nobody Sleeps In The Woods Tonight, the first Polish slasher that sought a lot of inspiration in films and TV series from the eighties. Still, the team behind that movie put some thought into the screenplay, and with its over-the-top killings and timely introduction of very quirky sidekicks, the movie became fun to watch. Unfortunately for us, De Feo and Strippoli have no sense of humor at all; you have to wait until the very end of the movie before the first joke kicks in. What a shame. That first and final joke can’t save the whole movie.

In short, we have a rambling horror movie with a very boring finale. Don’t let yourself be misguided by the title: this is never going to be a classic movie.

Thank you for reading! What are your thoughts on A Classic Horror Story? Comment down below!