To what extent would you let someone control and track your happiness? 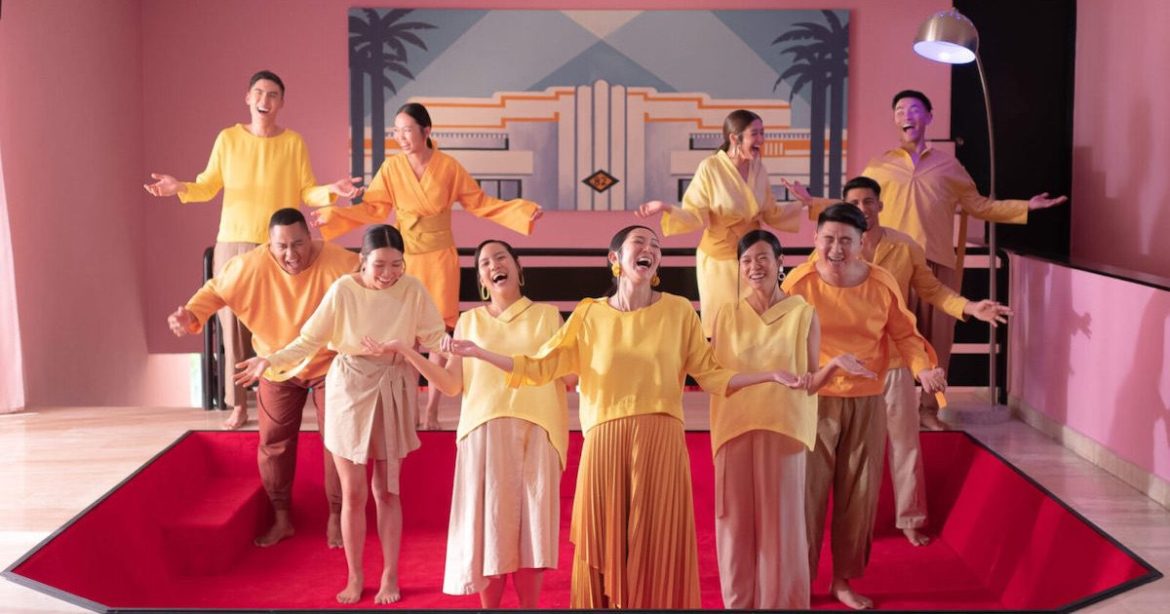 Through extremely stylized Art Deco sets, and cinematography comparable to Wes Anderson’s The Grand Budapest Hotel, Tiong Bahru Social Club is an extraordinary watch. Straight from Singapore’s own Bee Thiam Tan, we are thrown into a vibrantly dystopian and satirical world. It’s like no other.

Tiong Bahru Social Club explores Ah Bee’s (Thomas Pang) journey through a monitored happiness camp. He has been living with his mother, Mui (Guat Kian Goh), for all of his life, and upon turning 30, his mother gives him a membership for the Tiong Bahru Social Club. Mui believes that Ah Bee’s career must come first, and the only way to do that is to be placed into this technologically advanced happiness group to better himself. Ah Bee’s happiness levels are constantly monitored. His happiness score flashes up for him, so he can constantly see how he is doing.

Pang is phenomenal in this role and in general, there’s so much beauty and passion within each of the characters involved. For a second, you almost believe this camp is real as they give such convincing performances. We’re constantly reflecting on each other’s happiness levels, even doing surveys to find out which countries are the happiest in the world. The general meaning behind the film doesn’t stray too far from our own thoughts and feelings, but the stylization of it all makes it seem like some crazy dystopian reality.

In some sense, it does feel somewhat similar to a Black Mirror episode. Being tracked on happiness to this extent is right out of an Orwellian novel. You do need your privacy. Within the Social Club, it’s the members’ choice to be there, so they aren’t being forced to be a part of it. But if an idea like this came to play in real life, it definitely would feel otherworldly. The film understands the inherent absurdity of the situation too. The characters know they are being monitored and make fun out of it.

Some of the shots within Tiong Bahru Social Club are extremely stunning. All of the buildings involved feel almost surreal. But, they are real buildings in Singapore, making it all feel so authentic. Many shots have gone through color grading to get the wonderful blue or yellow hues throughout, but it all comes together so well. The soundtrack too pulls everything together so cohesively, making the watch feel so flawless. It’s incredibly well planned out from start to finish.

Strangely, it feels comforting in some ways. Tiong Bahru Social Club is a must-watch.

For more information on Tiong Bahru Social Club and other films playing at the Fantasia Film Festival, check out their website.

Thanks for reading! What are your thoughts on Tiong Bahru Social Club? Comment down below!