‘Drive My Car’: A Deeply Human Reflection on Grief and Art 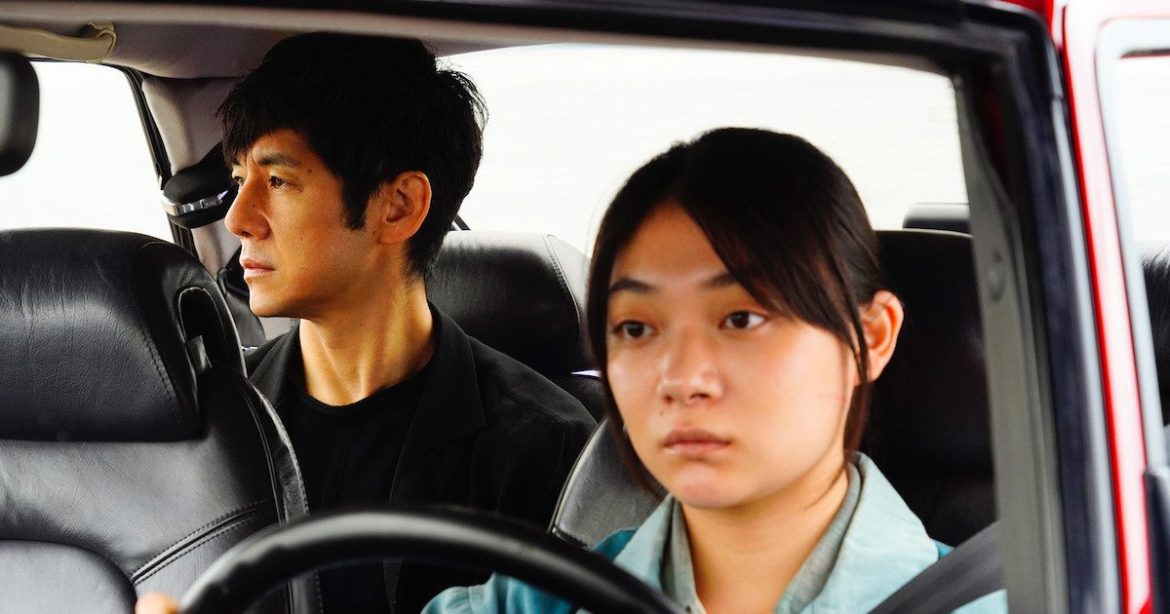 Driving can be a profound experience.

It is difficult to articulate the feeling of what it’s like to ponder a great many things while you drive in solitude, or that quiet mutual moment of bonding when you’re driving with someone on an empty road with the windows down. It can be an intensely powerful experience. Ryûsuke Hamaguchi’s latest film somehow manages to capture that beautiful feeling in a heart-achingly gorgeous portrait of loss, art, loneliness, and connection. Drive My Car is one of the most powerful experiences of 2021.

In a forty-minute prologue that acts as a cold open of sorts to the opening credits (this is a three-hour film), we are introduced to Hidetoshi Nishijima who plays Yûsuke Kafuku, a man who spends his days as a stage actor, afterward driving home, reciting his lines alongside a recorded tape to perfectly memorize his roles. When he is home, he spends his time with his wife, Oto (Reika Kirishima) whom he loves very much. One night, Yûsuke arrives home to find his wife dead on the ground from a sudden cerebral hemorrhage. The story picks up two years after the sudden loss as Yûsuke has taken on the task of directing a play in Hiroshima. However, while employed by the festival, he is (much to his vocal protests) required to be driven around by a quiet young woman named Misaki Watari (Tôko Miura in one of the best performances of the year).

You may think you know where the film is going from there and you may even be right, but the way it gets there is deeply rewarding and intensely moving.

While the plot is arguably the least important element to this quietly devastating film, I feel like I haven’t even scratched the surface with this summary because while this isn’t a narrative-heavy film, there is so much depth, complexity, and life to these characters. I felt so invested in being tangled up in the lives of these people. This is a film that feels like every scene is constructed in service of its characters. It is clear why it won the Best Screenplay prize at the Cannes Film Festival. We experience this world and an abundance of emotions through and with these people, but never in a way that feels easy or safe. Drive My Car is a film that takes its time, and sometimes it doesn’t even feel like it has a destination.

A three-hour film can feel excessive if it seems indulgent or unjustified in its usage of your time. There is a stretch in Drive My Car where I was questioning the purpose of the opening forty minutes and whether they would prove necessary to the overall experience. Having experienced the film in its entirety, I am grateful that it allows itself so much room to breathe, and those opening forty minutes are essential to the character of Yusuke. We learn so much about these characters through such nuanced grace. A vast amount of credit goes to these actors who are just superb.

Hidetoshi Nishijima gives an absolute powerhouse lead performance that ranks among the best lead performances of the year. He is so subtle, but you feel so much for his character. The things this man is dealing with are not easy to portray, but Nishijima makes it look effortless as he disappears into this character. Though the true standout of this film for me is Tôko Miura who plays Misaki. With Misaki, we have a character who holds her cards very close to her chest. You can practically feel the barriers she has built around her. I found this performance to be quietly heartbreaking from the start. She is one of those characters that you are sad to leave behind as the film reaches its poignant conclusion. It’s a special experience to see a film with actors who feel they have such a firm grasp on the characters that populate the world within.

The feeling I am left with after watching a film like Drive My Car is the sense of how deeply powerful film can be. It isn’t often that we get a film as patient, cathartic, and moving as this one. One that’s characters search for meaning, purpose, and connection in grief, explore that grief through art, and examine our human relationship of finding catharsis through art and/or the pursuit of it.

Film critic legend Roger Ebert famously described film as an “empathy machine” that involves us immersing ourselves into characters who are experiencing a vast range of things, whether grounded or fantastical. For the three hours I spent watching Drive My Car, I felt that magic and unshakeable feeling I get while driving sometimes. I hope if you are reading this, that you will attempt to experience that feeling with these characters as well.

Thank you for reading! What are your thoughts on Drive My Car? Comment down below!

Great review. I will keep an eye out for this movie :)