Valhalla awaits for Robert Eggers after this masterful epic. 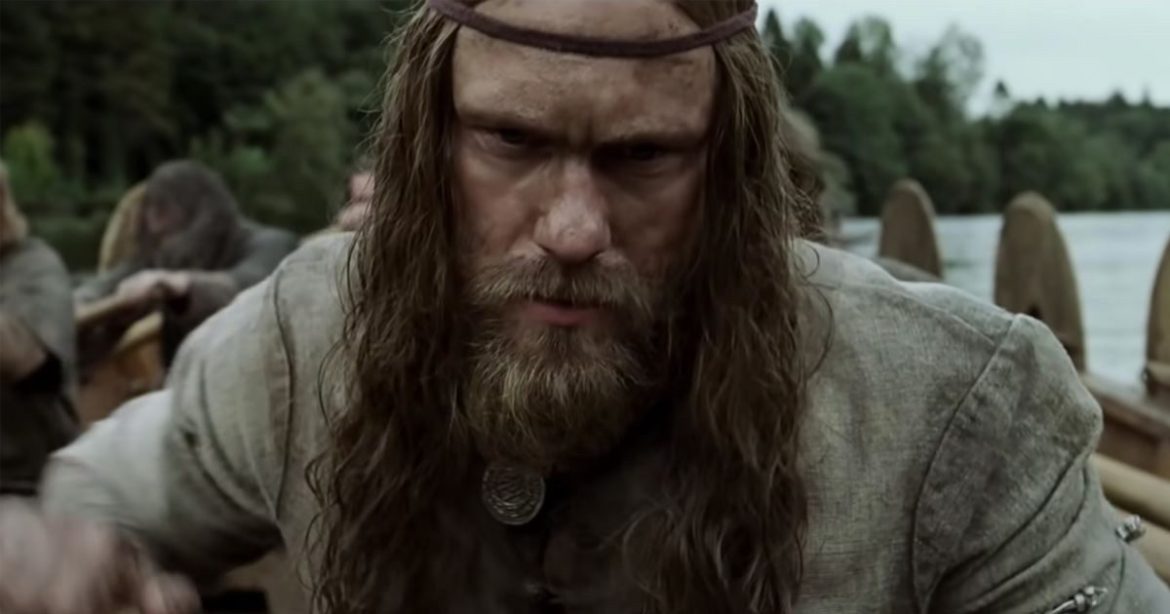 Regular MovieBabble readers must be growing tired of every review from yours truly opening with a sermon-esque pontification bemoaning the state of contemporary studio cinema, desperately trying to find some light at the end of a very bleak tunnel. But thou shalt hear no more if studios take more chances on filmmakers like Robert Eggers. To give him $90 million, an all-star cast, and allow him to create something as bold and ambitious as The Northman is a rarity in the current studio climate (even with reported studio interference). But that is exactly what makes Eggers’ brooding revenge tale self-described as “Conan The Barbarian by way of Andrei Rublev” so much more unique and special.

The Northman recounts the mediaeval Scandinavian legend from which William Shakespeare directly adapted the character of Hamlet on. When the King Aurvandil (Ethan Hawke) is slain at the hand of his bastard brother Fjölnir (Claes Bang), his son Prince Amleth flees into exile making three unbreakable vows; to avenge his father, to save his mother (Nicole Kidman) and to kill Fjölnir. Decades later, Amleth (Alexander Skarsgård) has been raised by vikings and fighting as a berserker, pillaging and raiding villages in the land of Rus. But an encounter with a blind, mystical headdress-wearing Björk sets Amleth back on his path of revenge to meet his inescapable fate. He smuggles aboard a slave ship heading straight to Fjölnir’s farm in Iceland, where he befriends slavic slave Olga (Anya Taylor-Joy) who claims to be a sorceress.

The VVitch and The Lighthouse announced Eggers as a filmmaker dedicated to historical accuracy with a remarkable attention to detail with the time period his films inhabit. Everything from the production design, costumes and most notably the dialogue are crafted with so much care and authenticity to create a wholly immersive experience that the camera essentially transforms into a time machine. Though there are obvious limitations with being 100% accurate with the language and dialogue, Eggers and co. once again pull it off with gravitas, while leaving some wiggle room for some dramatic fictionalization. The involvement of co-writer and famed Icelandic poet Sjón is evident as he brings a lyrical grandiosity to the screenplay emblematic of the centuries-old epic poems of the Amleth legend.

The Northman is a revenge story in its purest form with a monumental emphasis on the cold-blooded rage that it manifests, all expressed through a career-defining performance from Alexander Skarsgård. The film paints an incredibly tragic portrait of a tortured soul with fire in his belly and pure hatred in his heart and Skarsgård’s ability to exert so much anguish and ferocity with just his eyes is spellbinding. But on the other side of that coin, he portrays Amleth with a raw, primal intensity that is more animal than man. Even for an actor that once portrayed Tarzan, this intense, physical, and animalistic performance from Skarsgård is utterly mesmerizing and unlike anything you’d ever expect him to be capable of.

Eggers set out to make the definitive viking film and he just might have done it. The Northman is a fierce, awe-inspiring spectacle etched in iron and blood whose brutality howls like a wolf at a full moon. With all the grandeur of a traditional historical epic and the dramatic heft of such a legendary fable, it’s a film that will take you to Hel and back, but will ultimately lead you to the gates of Valhalla.

Thank you for reading! What are your thoughts on The Northman? Comment down below!

[…] super amped to watch An Officer and a Gentleman, but I’m glad I did. It was one of the most inspiring films I had seen in a […]

Okay… This was phenomenal. Need to rewatch it but may be Eggers best work, for me. Hard to say. What a beautiful flick and entertaining to boot.