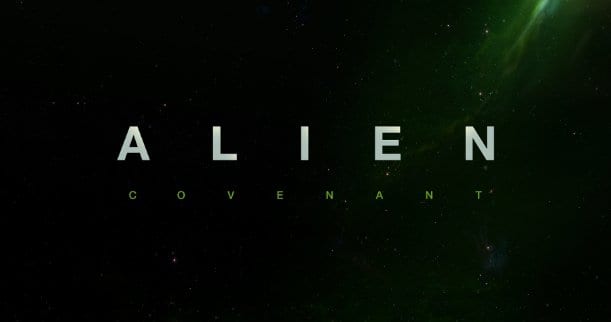 Fox gave everyone an early Christmas present when it released the first trailer for the highly anticipated Alien: Covenant on Christmas Eve.  The movie (of which you can watch the trailer here) is set to be the sequel to the divisive Prometheus and the second movie of a prequel trilogy to the original Alien.

While a complete plot synopsis has still to be released for the movie, we do know that a new crew on a ship called the Covenant sets course for a planet on the far side of the galaxy.  They believe the planet to be an uncharted paradise in the system.  However, they have made a fatal miscalculation (obviously).  The sole inhabitant (other than the killer creatures) is the synthetic David (Michael Fassbender) who is the lone survivor from the Prometheus expedition.

If you’ve watched the trailer, you know how great this movie looks.  THAT is how you move forward in your market push in what is a very crowded summer 2017 release schedule.  The movie already has the perfect tagline in “run” that perfectly encapsulates the tone of the film.  The first scene we see is a haunting return to the roots of the Alien franchise with a little twist on the chest-burster alien by seemingly trying to break through a man’s back.  I started to squirm in my seat when I saw the violent shaking of the victim.  As I saw the blood start to squirt from his spine, I knew that this movie was going to be absolutely chilling.

After this opening sequence whammy, we see some of the beautiful imagery that we also saw in Prometheus.  While many were split on the movie (I for one enjoyed the movie for what it was), the one thing that many people agreed on was that the film was absolutely gorgeous to look at.  Ridley Scott does such a fantastic job of setting the mood of his movies with sweeping landscapes while also emphasizing on real sets over CGI.  The beautiful scenery also has an interesting contrast with the evil creatures that lurk in the shrubbery.  Considering the blurb that Fox has released states that the new crew believes the planet to be paradise, it would make for great kills in the movie if the crew members believe that they are in zero danger.

We also see some goo go into a crew member’s ear.  What could this be?  We saw some goo seeping from vases in Promotheus, but this strain is floating in the air and seems to be a living being on its own.  I wonder if it’ll play the same role as the goo that David put in the crew member’s drink in Prometheus in that it’ll make it’s way into the wrong place at the wrong time then slowly take over the host body.

Then we see the lovably awful face sucker spring into action.  As soon as Billy Crudup inched towards the pod that opened up I could imagine everyone who was watching the trailer yelling “NO RUN AWAY” at the top of their lungs.  But this is an Alien movie, so obviously each character is super curious about every strange thing they run into on a foreign, hostile planet so he naturally becomes the face sucker’s lunch.  It’s nice to see the classic face sucker again since we didn’t see one in Prometheus.

After showing us fleeting images of carnage, the trailer gives us the final scare, and boy is it a doozy.  As two members of the crew are getting a little comfortable in the shower together, there’s a xenomorph lurking.  You see it stealthily move into frame, and then the woman is bathed in blood (at least she’s in the shower!) as the xenomorph snacks on her man.  I’d be willing to bet a large sum of money that the woman is toast as well.

As you can imagine, I really dig this trailer.  It seems that Ridley Scott is getting back to the roots of the Alien franchise with Alien Covenant.  One of the main issues I found with Prometheus is that it felt like it tried to build a world and broaden the scope more than just telling a solid story with tense scares.  Although Alien: Covenant has a little bigger scope due to a large budget, you definitely get the claustrophobic vibe that the first Alien gave us all, and that’s a feeling that would be welcomed with opened arms by fans everywhere.

What should I review next?  Whether it be old or new, the choice is up to you!  Thanks for reading!

I have featured the trailer on my blog as well recently and I loved it. It really feels like we are going back to the true horror of the original. The atmosphere is very dark, and that is how I like it. Really can’t wait for this one! ?

I’m excited to see this movie. Loved the review #babbleon

Liked the trailer for the most part, but it feels a lot like “been there, done that.” There really only seems to be so much they can do with this franchise short of the Xenomoprphs coming to Earth – not counting Alien vs. Predator, of course.