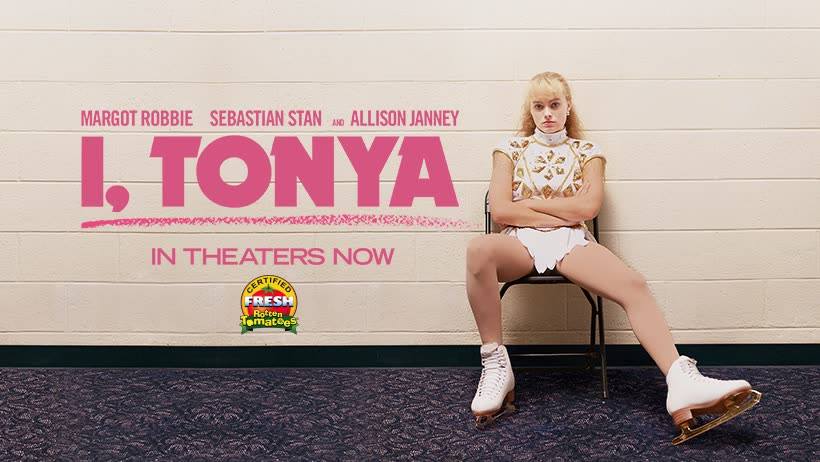 Margot Robbie is growing into a powerhouse in Hollywood.  From her involvement in countless big budget projects to creating her own production company, she’s becoming more renowned with every move.  Her latest starring role in I, Tonya is just another reason to get excited.  The following review will be spoiler free. 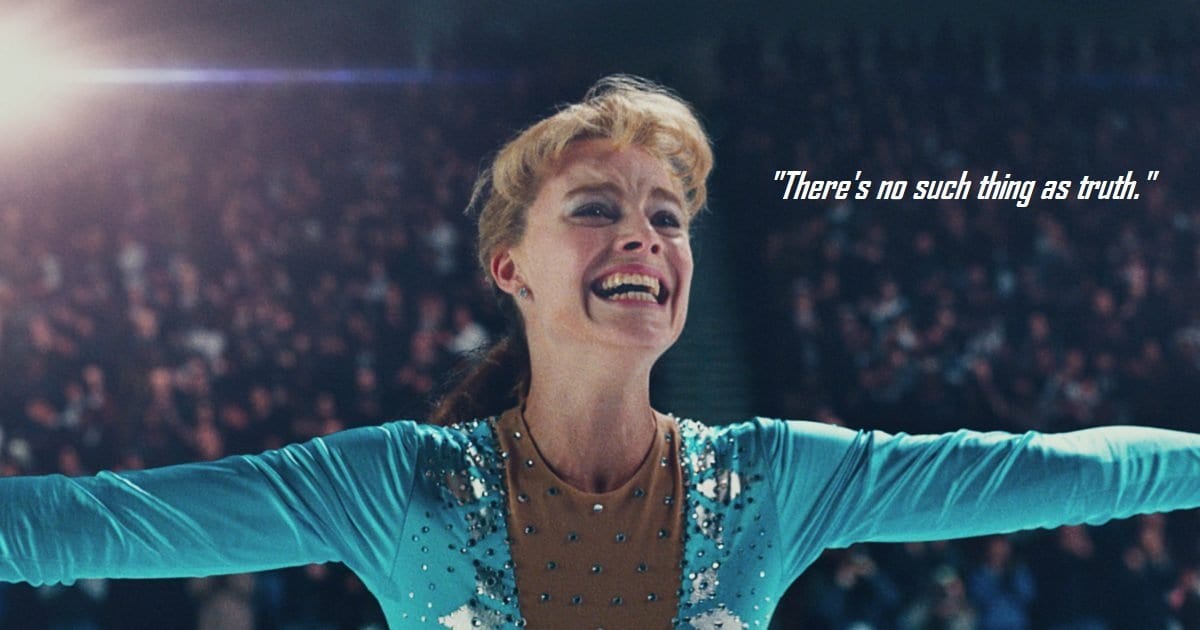 Although Tonya Harding (Robbie) was the first woman skater to ever complete the triple Axel in competition, her legacy was forever tarnished by the ill-conceived decision to attack fellow skater and rival Nancy Kerrigan (Caitlin Carver).  However, her troubles began long before that infamous event ever occurred as she struggled to handle her overbearing mother and dangerous ex-husband.

Throughout Harding’s life, we discover what made her into the person she became, and receive firsthand accounts into different perspectives of how every major event unfolded.

Margot has come a long way since her breakout role in The Wolf of Wall Street opposite Leonardo DiCaprio.  Not only did she continue to offer standout performances in films such as Focus, Suicide Squad, and countless others, she’s started to diversify her roles, becoming less likely to get typecast in an industry that is very quick to do so.  She deftly moves between independent films and big budget franchises, choosing both starring and supporting roles to avoid becoming overexposed.

Recently, Robbie even created her own production company, further sending home the fact that she is not going away any time soon.  Incorporated in 2014, LuckyChap Entertainment has already produced a number of pictures, leading to a first-look deal with Warner Bros. back in 2016, a move that will boost female-driven storytelling for the distributor.

LuckyChap Entertainment also produced I, Tonya, which is garnering much consideration for awards.  A successful awards season will go a long way to cement the production company in the industry as a creator of quality entertainment.

No matter how you look at it, Robbie is a star in the industry.  With a strong foundation in place, there are no limits to what she can do.

A Trio of Outstanding Performances Powers I, Tonya

For a film such as I, Tonya to work, you need performances that transcend the descriptor of “good.”  Tonya Harding, Jeff Gillooly, and LaVona Golden are three fascinating personalities, and Margot Robbie, Sebastian Stan, and Allison Janney master their quirks.

Margot Robbie has a lot to handle as Tonya Harding, blending being a brat and a victim of circumstance with a ton of gravitas.  She struggles to earn the respect of the figure skating elite, forcing her to work twice as hard as everyone else in order to score well at competitions.  She’s obviously cutthroat, but all she wants to do is live up to her potential and surpass society’s expectations of her as a redneck.  Robbie pulls off some scenes that are among her finest work.  She isn’t the most convincing fifteen year old when I, Tonya calls for it, but there’s no denying her greatness overall.  Robbie disappears into the role, becoming Tonya.

Her counterpart, Sebastian Stan, also offers some of the best work of his career.  Talking in a goofy accent with a hilarious mustache, Stan is off the rails as Jeff Gillooly, almost foaming at the mouth in certain circumstances.  He’s tame, kind, and very loving.  Then, he’s a raging psychopath.  His behavior is best described as erratic, if not clinically insane.

And then there’s Allison Janney, whose turn as Tonya’s mother is almost the definition of pure evil.  She pushes Tonya to an unbelievably degree, acting completely vile and wicked every step of the way.  She never says a word that is sincere, becoming the bane of Tonya’s existence.  However, in a weird way, she believes that she is doing good for Tonya.

This eclectic bunch dominates I, Tonya, and they all just might get featured at the Academy Awards.

I, Tonya has a lot of moving parts.  Not only does director Craig Gillespie pull great performances out of a talented cast, he manages to balance extremely dark comedy and serious drama without the film turning into a tonal mess.  I, Tonya knows exactly when to crack jokes and when to become serious.  This keen understanding of what each scene precisely needs makes the entire film a rollercoaster of emotions.  One minute, you’re laughing hysterically at Allison Janney yelling at a bird on her shoulder.  The next, you’re shocked as some serious domestic abuse occurs.

In a similar vein, Gillespie’s camera work is breathtaking.  From extremely long takes to breaking the fourth wall, there’s nothing that’s out of the question.  Scenes interject out of chronological order, actors stop scenes dead in their tracks with a look at the camera, and they even exclaim their inner thoughts via mockumentary-style interviews.  Literally nothing is off-limits, and the shear audacity of it all transcends entertainment.

The Film Correctly Never Justifies Everyone Involvement in the Event

For all the wild camera movement and nutty performances, I, Tonya never loses sight of the tragedy of it all.  Similar to a number of Scorsese and De Niro team-ups, you have a blast watching these characters do stupid things, throwing insults and punches at each other.  But as the plot unfolds, each character’s fatal flaw is even more obvious, making everything pretty sad in the end.  You envy nothing about these characters, making their actions just as distressing as if I, Tonya‘s tone was completely humorless.

Glorifying these individuals would have been easy given the sly nature of the film.  Yet, at no point during the film do you lose sight of the fact that these people are sleazy and irrational.  They might be entertaining to watch, but they aren’t good people.  Out of respect for the victims of the central event of the story, this was certainly the right move to make.  There’s definitely a sense of understanding that comes from I, Tonya, but it thankfully falls short of justification.

With three award-worthy performances from Margot Robbie, Sebastian Stan, and Allison Janney, I, Tonya is a clever look into the troubled early life of Tonya Harding.  The story itself is larger than life, becoming crazier by the second.  Filled with awful monsters and deranged buffoons, no one is fully redeemable, and that’s exactly the point.  In the middle of breaking the fourth wall and stylized dark comedy, director Craig Gillespie understands to never fully forgive everyone for their actions, but merely show how tragic they became.

I, Tonya is one of the best films of 2017 and yet another home run for Neon.

Thanks for reading!  What are your thoughts on I, Tonya?  Comment down below!

Oooh…looks good. What a great review. Now definitely going to look out for this one.

Thanks so much!!! Definitely keep an eye out for it! It’s so great!

I can’t wait to see this one!

The hype is definitely real!

Saw this movie last week and loved it! Also gave it an A grade myself! Definitley one of the best films of 2017!

I remember the Tonya Harding case very well. (There was no escaping it.) I’ll be interested in seeing the movie. It can’t be any stranger than real life.

The movie is certainly bizarre, but in the best way possible!