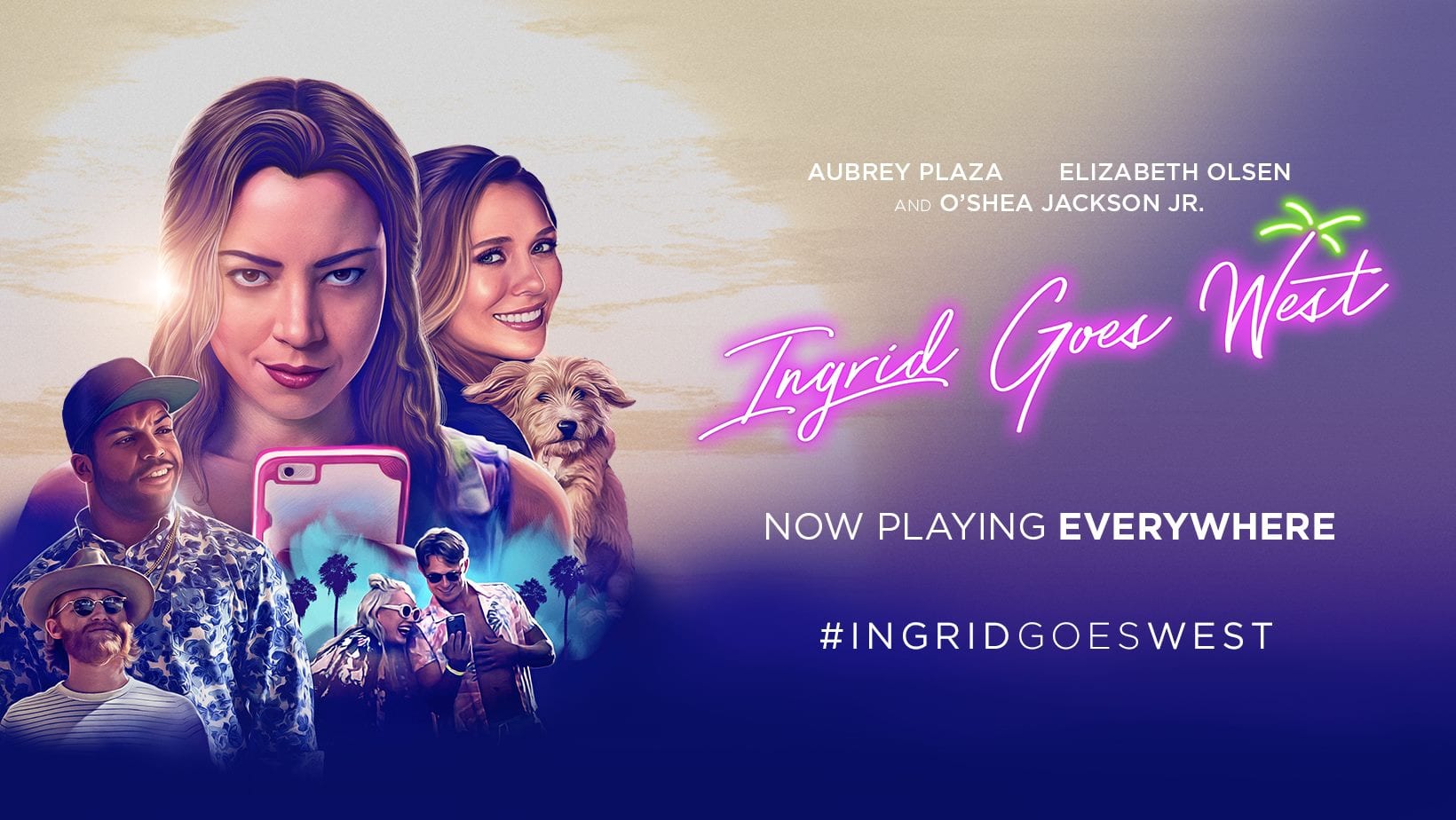 In a year bereft of of solid comedies, Aubrey Plaza is back once again to showcased her daring and often twisted sense of humor in Ingrid Goes West.  The film has been gaining traction in the independent film circuit with many praising Plaza’s delightfully twisted performance as well as the film’s biting social commentary.  The following review will be spoiler free. 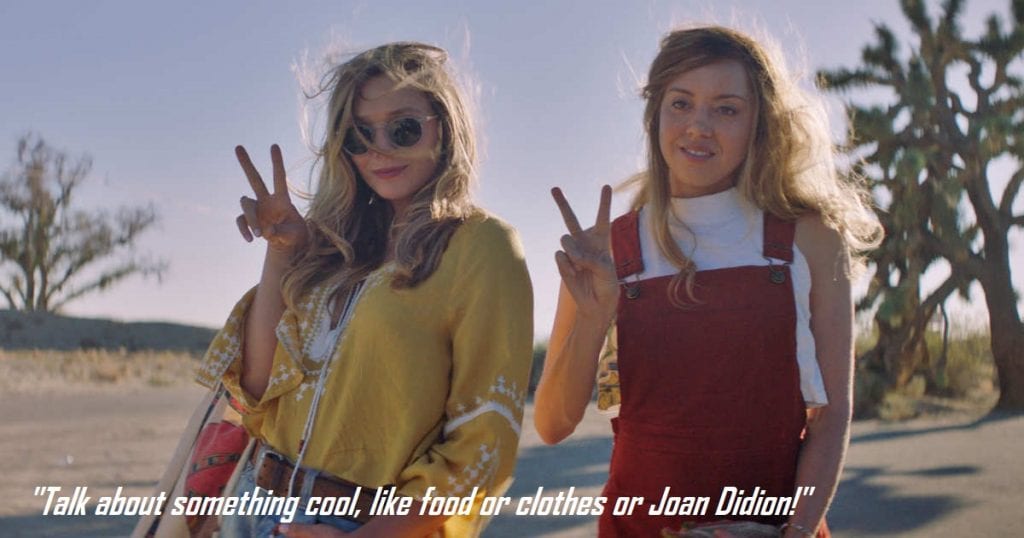 Ingrid Thorburn (Plaza) is a deranged young adult that seems to fixate on individuals that are famous on social media.  She quickly becomes obsessed with Taylor Sloane (Olsen), an Instagram influencer that has seemingly created the perfect lifestyle.  In order to be closer to her obsession, Ingrid travels out to Los Angeles and somehow manages to be a part of Taylor’s life, creating a relationship that quickly devolves into insanity.

Although many actors and actresses are dabbling in broad, mainstream comedies these days (and failing), Aubrey Plaza is going in the other direction.  The actress has always had a flair for the absurd, but she has now made a name for herself as a curator of comedy that is off the beaten path.  Ingrid Goes West is the second movie of 2017 in which Plaza has had a producer credit.  The other film, The Little Hours, was certified fresh on Rotten Tomatoes and garnered praise from various film festivals.

Now, it appears that Plaza is two-for-two as a producer as Ingrid Goes West has received much acclaim at advanced screenings.  After the film made its worldwide premiere at Sundance earlier this year, buzz for the film has done nothing but grow among both critics and fans.

That begs the question, are we seeing the beginnings of a new comedic titan?  Plaza certainly has the chops to do it both on and off the camera, but will mainstream audiences appreciate her work? 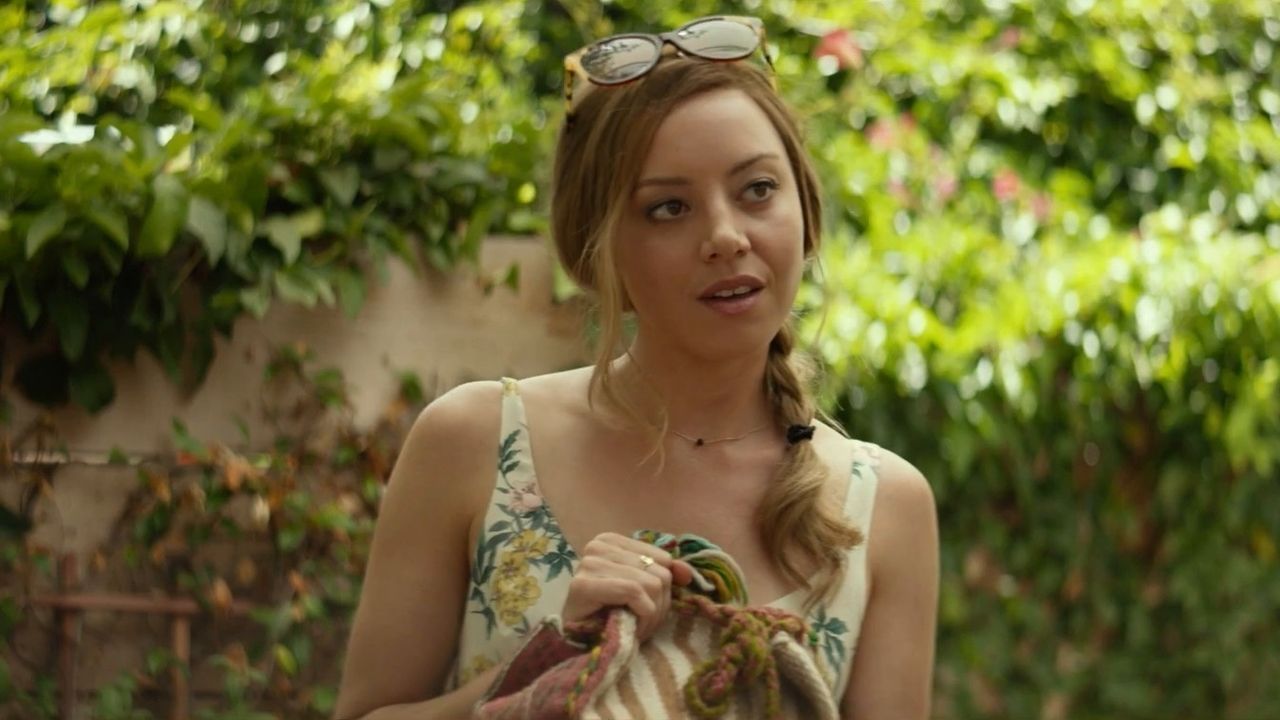 Aubrey Plaza May be From Another Planet

If nothing else, Ingrid Goes West is worth seeing just to watch Aubrey Plaza become unhinged.  She isn’t overly flamboyant like some other portrayals of the mentally ill, but her performance is profoundly cringeworthy.  It’s almost as if her character is an alien that has been studying how humans interact.  She’s pretty close to normal, but you can just tell that there’s something off.

The film plays out in a way where you can notice the gears turning in Plaza’s head as she tries to accomplish her obssessive goals of being best friends with an Instagram influencer.  It’s rather fascinating to watch her make decisions.  She’s very cold and calculated.  To make matters worse, her thought process is just inherently flawed, allowing for twisted jokes to shine.  Ingrid Goes West most definitely qualifies as a “dark comedy” for that very reason.

You can easily notice Plaza’s character begin to unravel, becoming more insane by the second.  She even teeters on becoming off-putting with her character’s inelegent way of movement.  This role may be Plaza’s best performance in her career so far.

There’s something inherently relatable about Ingrid Goes West.  Most people will be able to pick out a character in the film and say, “I know someone exactly like that person.”  There’s troubled dreamers, starving artists, and even moochers.  None of these people necessarily have great character traits.  In fact, they’re all pretty hollow.  In a time where social media seems to overrun some people’s lives, there’s some truly wonderful commentary in this movie.  Forms of social media can become toxic in extreme examples.  You didn’t need a random movie critic to tell you that, either.

Ingrid Goes West exposes the “fakeness” of society in certain cases.  It’s amazing to think that the psychopath could be the realist person in the room.  Elizabeth Olsen deserves a lot of credit in this respect for her performance.  She’s so unbelievably disingenuous and lacking of substance as a human being that it becomes moderately infuriating. Social media and the idea of “fake appreciation” via likes and sponsored content is so well crafted it almost insists upon your admiration.  There’s another version of this film in an alternate universe that had the simplest of jokes and on-the-nose dialogue that spells out the film’s themes.  Thankfully for this universe, Ingrid Goes West never stoops to that level.

…Except When that Commentary Leads to Highly Illogic Scenarios

The social commentary prevalent in the film leads to some wild extremes, for better or for worse.  Ingrid Goes West is set in an almost identical reality to ours, making it seem even more implausible when characters act the way they do and the police never getting involved except for a gag.

Plaza’s Ingrid Thorburn is pretty despicable to most people, making it ever so curious when certain characters stay by her side through some of her darkest times.  There’s nothing really redeeming about her character yet people still cling to her side in some instances.  Every performance in this film is superb.  In fact, Ingrid Goes West is a wholly entertaining film.  However, it suffers in creating believable character motives that hamper the film from becoming a true indie darling. Ingrid Goes West may not be for everyone, but it will certainly entertain those that have the stomach for incredibly dark comedies.  This film is a devilishly biting social commentary that is unbelievably relatable in the most awkward and disturbing of ways.  Aubrey Plaza might also have just given the best performance of her career.  Ingrid Goes West gets an A-.

The film is leaving theaters soon so I would advise rushing out to the closest theater that’s showing it before it’s too late.  In today’s society, this movie should be seen by many people, especially younger generations that will relate to its themes.

Thanks for reading!  What are your thoughts on Ingrid Goes West?  Comment down below!

[…] is one of the more creative satires on our fixation with our own image since Ingrid Goes West. In an attempt to maintain his own perception of his image, Georges resorts to just about anything. […]

Really looking forward to this film. Aubrey Plaza is a real star. She was stunning in the TV show LEGION too recently. Great review.

Thanks so much! More people definitely need to realize how great she is! She’s definitely better than most comedic actors these days

You’ve convinced me. Ingrid is now on my to-see list.

I definitely want to see this one. I finally watched Mike and Dave Need Wedding Dates – I love Aubrey Plaza

She’s so great in this one! It’s obvious that she was given free reign to do whatever she pleased with this one.

My wife and I both liked it. It’s interesting how close it is to some kind of crazed-stalker thriller but goes comedic instead.

I found myself cringing the entire time, but I mean that in the best way possible. Plaza has that ability to be completely deadpan and off-putting but manage to still be funny.

2020 Oscars Exit Survey: The Academy Did Something...