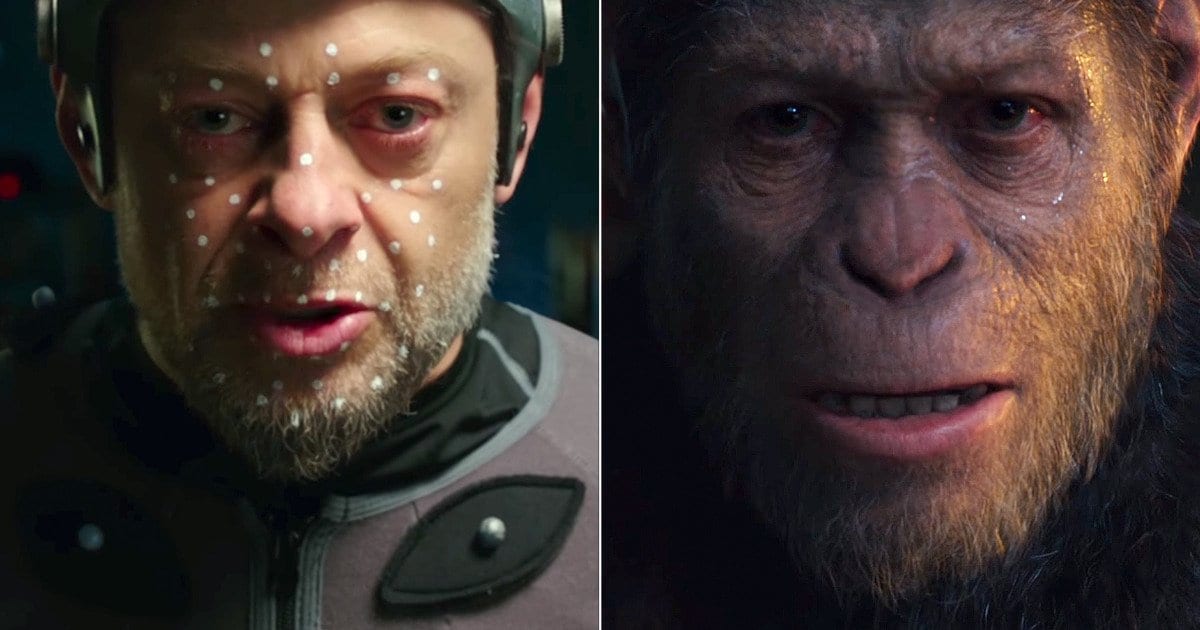 Andy Serkis, winner of over 35 acting awards, has become a more prevalent face in Hollywood feature films over the past few years. He has been associated with some of the biggest film franchises of all-time. These include The Lord of the Rings, Planet of the Apes, and even Star Wars.

Here we are going to explore how Serkis became a popular actor, has been stereotyped to certain roles, his acting capabilities, and what he’s up to right now. With references to Black Panther, if you haven’t seen it, there may be a spoiler here for you.

Gollum/Smeagol and the Association with the Middle-earth Franchise

Though he had previously played in a number of TV shows and what could be classified as “B-movies”, Serkis really got his name to fame in portraying the conflicting role of Gollum/Smeagol in Peter Jackson’s The Lord of the Rings trilogy. He barely shows up in The Fellowship of the Ring. However, in the next two installments, his is a major and even key role.

In The Lord of the Rings, the pitiful creature Gollum, of which there is little of Smeagol left within, leads Frodo and Sam into Mordor by secret paths. Serkis was able to prove himself while acting alongside such renowned actors as Sean Bean, Ian McKellen, John Rhys-Davies, and others. Apart from a sequence at the very beginning of The Return of the King, Serkis’ character is always computer generated. At this time in cinematic history, the type of CGI Jackson’s team was developing was a bit revolutionary.

In the first part of The Hobbit film trilogy, An Unexpected Journey, Serkis reprised his role as the infamous Gollum. This time, he is introduced killing a goblin, a regular task of Gollum’s which Bilbo Baggins (as played by Martin Freeman) has to experience. The greatest confrontation between the two comes during the “Riddles in the Dark” sequence in which both attempt to stump one another with riddles. In some cases, one of them overthinks it.

This deadly game ends with a non-intentional and non-traditional question being asked of Gollum which he cannot answer correctly. The entire Hobbit sequence with Gollum provides some well-deserved backstory. The role remains perhaps Andy Serkis’ best-known role. He has even appeared on Stephen Colbert’s The Tonight Show and done Gollum impersonations. Many of his roles showcase how stupendous of a voice actor he is. He supplied the voice of both Gollum and the Witch King in a Return of the King video game. It has only made his contribution to the Middle-earth saga that much greater. In seriously examining Serkis’ acting career, you find that the majority of his known work has a number of similarities. For instance, he almost always portrays the “bad guy” part. Gollum, though conflicted at times, is pretty rotten to the core. The computer-animated creature is pretty loathsome with its unnaturally large eyes (after living in the dark for years beyond count), long bony fingers, and ragged skeletal form. He is just detestable in nature and appearance.

In the 2008 film Inkheart (one of those less-memorable movies), Serkis was cast as the lead villain Capricorn. In this role, he was able to confront Mo, a very potent name for a main character (not really.) Mo is played by the star of The Mummy (1999), Brendan Fraser. The number of fine acting opportunities open to Serkis have increased greatly since Inkheart, whereas those for Fraser have actually decreased.

Yet again, in the Star Wars films The Force Awakens and The Last Jedi, Serkis takes on the character of, seemingly, the most powerful villain in the galaxy: the mysterious Snoke, so-called supreme leader of the First Order. He is some scarred humanoid creature with a very deep voice. Well, it turns out that Snoke flamed out pretty easily in The Last Jedi. And it looks like that’s it for his character.

Latest to date, moviegoers have seen Andy Serkis reprise his Marvel Cinematic Universe character Ulysses Klaue or just Klaw, a character which, like many from the MCU, is not entirely identical to his personality and backstory from the original Marvel comics. First appearing in Age of Ultron, he has a larger role in this year’s Black Panther in which his character also meets his demise.

A magnificent moment in the Black Panther film Everett K. Ross (Martin Freeman) interrogates Klaw. Sitting across from each other talking back and forth, the sequence screams similarity in comparison to the “Riddles in the Dark” sequence between Gollum and Bilbo in The Hobbit.

As you can see from a few of these prominent examples, Andy Serkis could easily begin to be typecast in the role of villain. The two most notable non-villainous parts he has played in recent years are Captain Haddock in Steven Spielberg’s Adventures of Tintin and Caesar in the new Planet of the Apes film series. And, of course, he even dies at the end of that trilogy!

Another reappearing similarity in Serkis’ various roles is that a lot of them involve some form of computer-generated graphics to complete the body style of his characters. As already mentioned above, generating the final product of Gollum’s digital features was somewhat of a marvelous breakthrough. After that role, the majority of Serkis’ noteworthy credits are for CGI film characters.

After The Return of the King in 2003, he did not appear major CGI roles until 2011. In that year, he appeared in two films which required a tremendous amount of CGI motion effects: Rise of the Planet of the Apes and The Adventures of Tintin. As the first installment of Serkis’ prequel sci-fi trilogy, Rise of the Planet of the Apes involved significantly less dialogue on his part when compared to that of Gollum.

However, if you’ve watched The Lord of the Rings as many times as I have, you can tell that Caesar’s crying in Rise resembles Gollum’s whimpering in The Two Towers. In addition, Spielberg’s 2011 Tintin movie was entirely CGI, employing a form of animation referred to as 3D motion capture.

Andy Serkis would go on to portray Snoke in the recent Star Wars movies, another major CGI role. Even in Ryan Coogler’s Black Panther, his role involves a fair degree of computer-generated alterations, specifically on his left arm. One Black Panther scene which is utterly amazing is when Klaw falls to the ground, pushing himself up with the only arm he has left. It is a beautiful piece of work.

Branching Out from Acting

In recent years, Andy Serkis has begun, like so many great actors, to start a career in directing. After all, the two jobs are inseparably linked. Many good actors make fantastic directors such as Mel Gibson, Clint Eastwood, and Ben Stiller. That’s what makes Serkis’ directing endeavors so applaudable. Peter Jackson gave Serkis a superb opportunity to serve as a second unit director on all three of The Hobbit films.

Since then, he made his feature film directing debut with Breathe in 2017. Up next on his plate, he is going to release a film entitled Mowgli later this year! Another retelling of the overrated Jungle Book, Serkis’ new production looks to be even more promising than Jon Favreau’s 2016 rendition. Like Favreau’s picture, Andy Serkis is employing a great deal of CGI animal characters. He even tapped Benedict Cumberbatch (The Hobbit, Doctor Strange) to voice Shere Khan. Serkis himself shall voice Mowgli’s most beloved companion, Baloo the Bear.

Thanks for reading!  What are your thoughts on Andy Serkis and the rest of his career?  Comment down below!

He’s in my top 5 actors working today. He’s incredible and is just getting better and better!

Side note: another Jungle Book film? Why??? (drops to her knees and cries out to the Heavens) Why?!?!

Hey Patricia! Before I wrote this piece I wrote an article expressing the same feeling! https://digitalfox.media/movie-wolf/does-2018-jungle-book-movie-really-need-to-be-made/. It’s kind of overdone. There are already so many movies based on The Jungle Book out there already, but with Serkis’ talent I’d give it a go!

I am SO glad to see this article! Andy Serkis is so unsung, it’s crazy.

Not to correct the part about not doing significant CGI roles between 2003 and 2011, but he actually starred as King Kong in 2005 (and had a smaller human role as Lumpy, the ship’s cook).