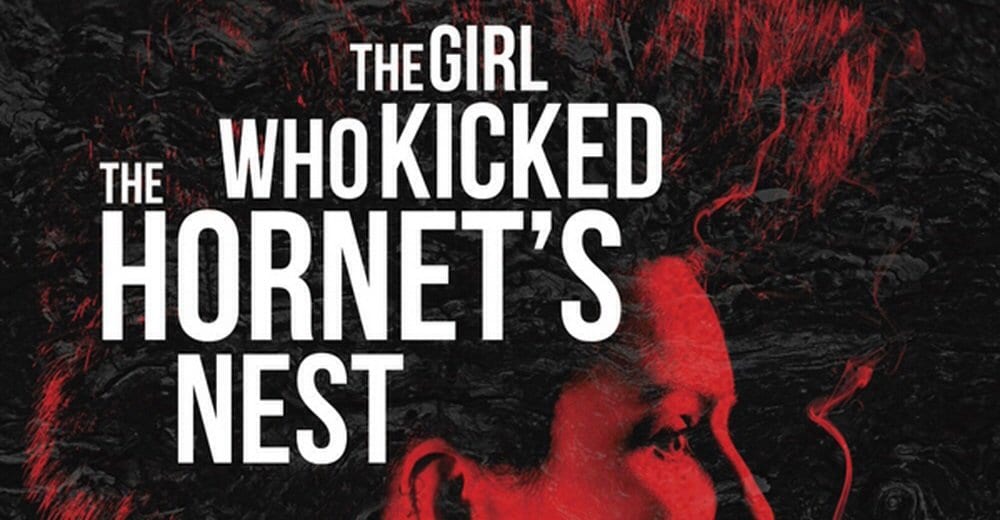 The third and final piece of the Millenium film trilogy merges the intricate plotlines of the first two films into a neat conclusion. Daniel Alfredson takes the helm once again on The Girl Who Kicked the Hornet’s Nest. He directs Noomi Rapace and Michael Nyqvist in the final installment that pits Lisbeth Salander and Mikael Blomkvist against a dangerous covert special forces group called the Section. Their performances have the same depth and complexity as in the first two films, but now the audience gets to sit back and watch Salander and Blomkvist stick it to the people who have tormented her for years. This review does contain spoilers, so close your eyes if that’s an issue. 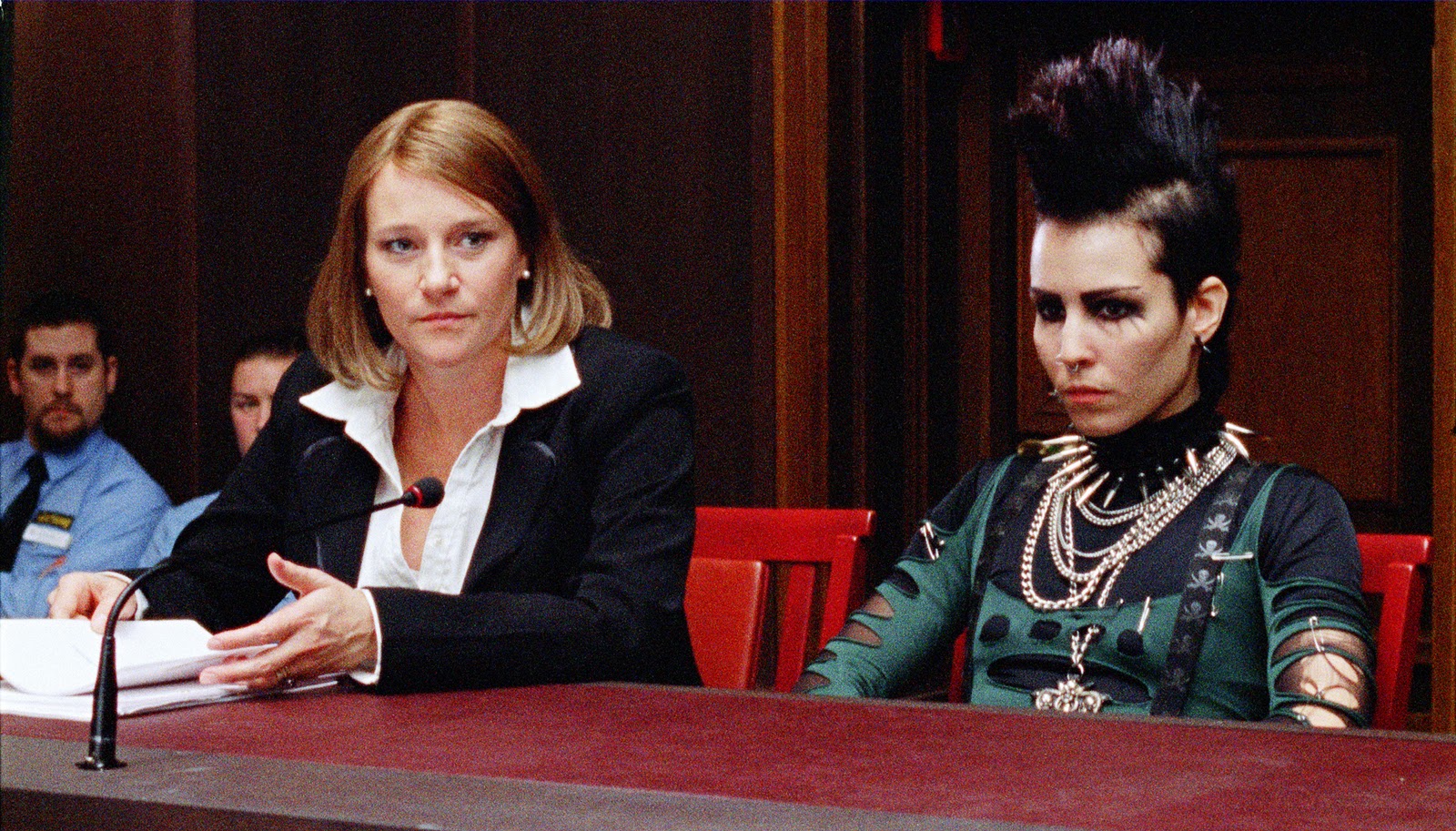 image via Phil on Film

This film picks up right where the second installment left us. Mikael Blomkvist finds Lisbeth Salander near death at the secluded country home of her father, immediately following a violent confrontation that left her with a bullet in her head and an ax planted in her father’s skull. Authorities fly her by helicopter to a hospital for emergency brain surgery and narrowly survives.

Her father, Alexander Zalachenco, survives his injuries as well, and when questioned by the authorities, points the finger at Lisbeth for attempted murder. Now well aware that Zalachenco is linked to the Section, Blomkvist immediately begins to build a case to help Lisbeth expose the corrupt individuals behind her institutional torture and keep her out of prison.

Because of his arrogance towards the Section and his great overestimation of their willingness to help him, Zalachenko is assassinated by a member of the secret organization. The same hit is placed on Lisbeth’s head, but she narrowly escapes with the help of Blomkvist’s sister, attorney Annika Giannini (Annika Hallin).

Lisbeth is the only remaining living threat to the Section. They seek to silence and discredit Lisbeth by building a case to have her legally committed to a mental institution once again. With the help of her friends, she must prove her competence to a Swedish court while exposing the lies and human rights violations perpetrated by the Section.

Screenwriters Ulf Rydberg and Jonas Frykberg were tasked with the tough job of adapting Steig Larson’s third novel from the Millennium series. They altered many of the subplots in the original novel in order to simplify the complex tale for a better translation to the silver screen. Many critics expressed disappointment in the final film, calling it a watered-down version of Larson’s novel that fails to satisfy the audience like the first two films.

The release of this film marks the end of an extremely long production which, for Noomi Rapace and Michael Nyqvist, spanned a year and a half. Regardless of the critical reception of the last installment, the film trilogy brought international fame and recognition for both Rapace and Nyqvist. Rapace received numerous award nominations for her portrayal of Lisbeth Salander, and it continues to be one of the most celebrated roles of her career. 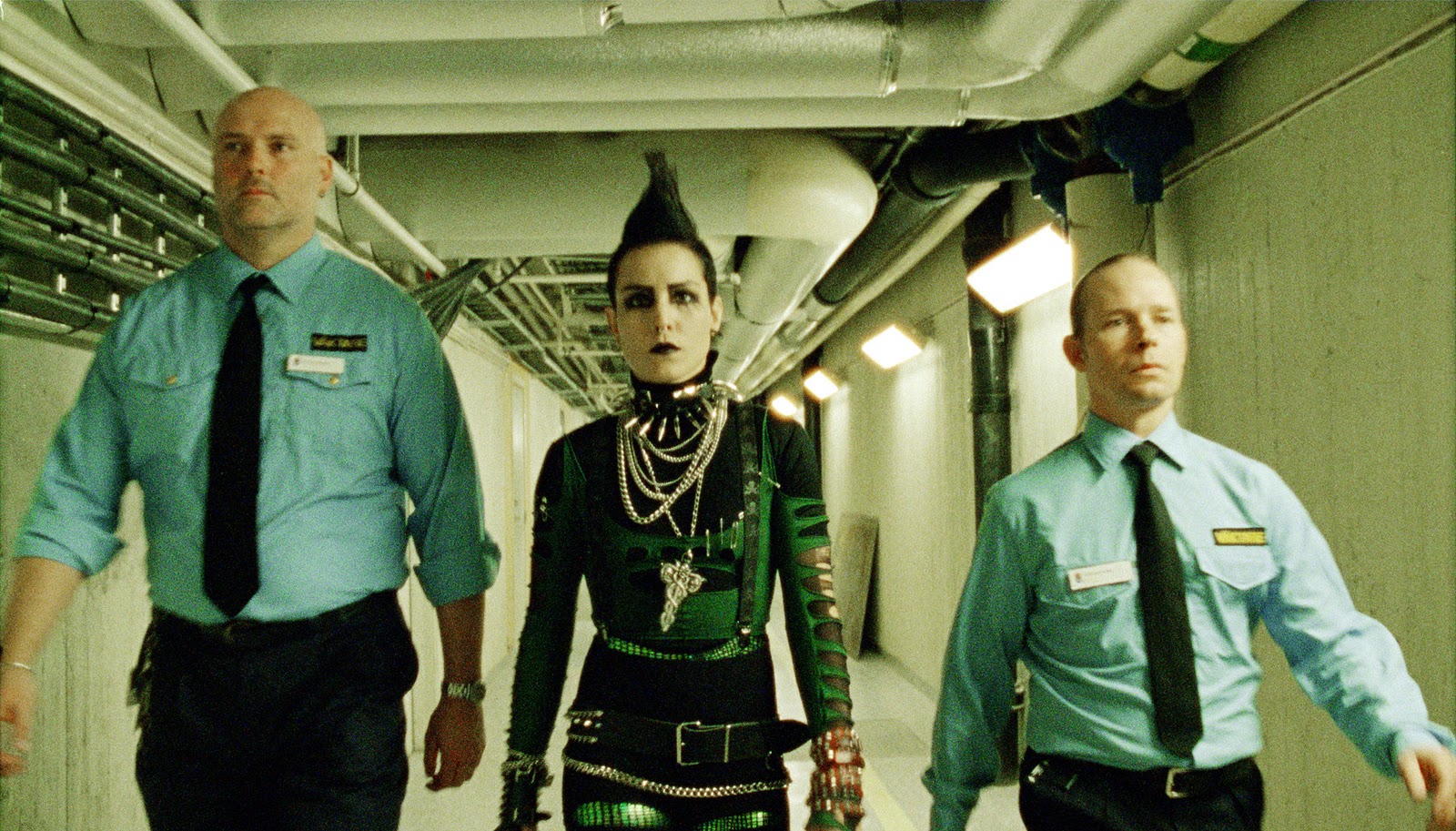 Mikael Blomkvist shows us exactly why he’s considered a journalistic titan in The Girl Who Kicked the Hornet’s Nest. In the first film, Lisbeth Salander helps him solve the Vanger case, and it appears he wouldn’t have been successful without her. In the second film, he follows Lisbeth’s trail, relying heavily on her research to solve the case. This film, however, Lisbeth is relatively out-of-pocket while her trial looms near, and he relentlessly investigates every corner of the case displaying his prowess for exhaustive research and misdirection.

Blomkvist’s deep affection for Lisbeth inspires an almost fanatical persistence to uncover the truth. His presence is so threatening that members of the Section send intimidating emails the employees of Millennium, bug his apartment and phones, and even attempt to assassinate Blomkvist in a public cafe. While these deeply disturbing actions employed by an elite special forces group might deter a lesser journalist from continuing his research, Blomkvist refuses to back down. 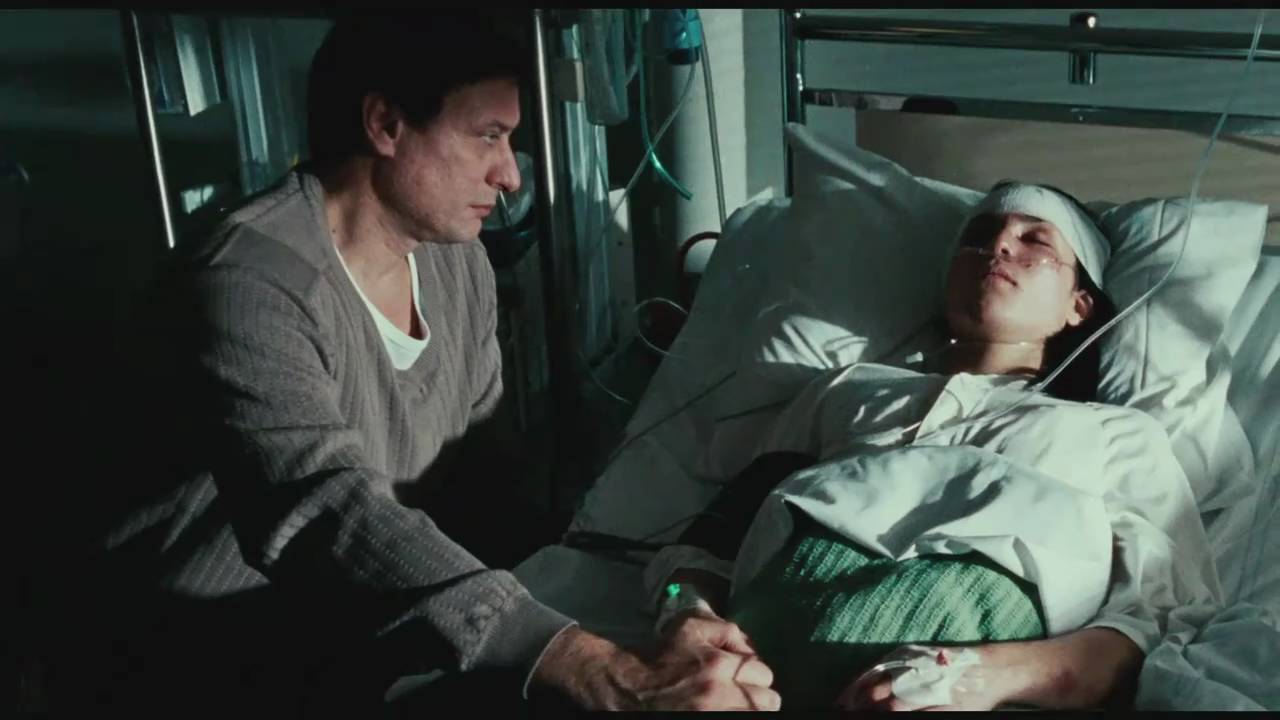 In perhaps the greatest deviation from the first two films, The Girl Who Kicked the Hornet’s Nest gives Lisbeth a reprieve from horrible personal violence. The stars align for Lisbeth, and things fall into place for her in an almost unbelievable way.

One thing this series has always done is convey plausibility despite its extremely complex plot. But The Girl Who Kicked the Hornet’s Nest arguably gives too much advantage back to our main character. I find it exceedingly unlikely that a secret special forces group such as the Section would find itself with its pants down in this way. This group operated outside of public knowledge for decades, so it’s just a little far-fetched that they would leave themselves exposed to hacker groups and investigative journalists like they are in the film.

While I agree that a satisfying and triumphant end for Lisbeth Salander is appropriate, the story would have been more interesting if just one piece of the puzzle had gone awry. The end is a little too neat for my taste, especially since the first two films featured a fresh and unexpected mixture of vulnerability and victory for our main character.

Contrary to the last films, Lisbeth Salander does very little to aid in her own defense in The Girl Who Kicked the Hornet’s Nest. She spends most of the film under lock and key, leaving Blomkvist to be the champion of her cause. He orchestrates everything from her legal defense to providing her with access to the outside world by convincing her doctor to smuggle her smart phone into her hospital room.

She writes her autobiography while recovering in the hospital, detailing the abuse she experienced at the hands of the state, namely by her psychologist Dr. Teleborian and her state-appointed guardian, Nils Erik Bjurman. While she does have proof that Bjurman raped her, it is the research of her friends that discredit the State’s case, and ultimately leads to the detainment of Teleborian and the Section leaders.

Lisbeth’s timidness in social interaction is understandable given her upbringing and past experiences, but her aloofness towards the effort and dedication of the people working to exonerate her annoys me. Lisbeth’s lawyer, Annika Giannini, experiences Lisbeth’s personality for the first time in this film. She expresses frustration over what she perceives as apathy towards those who are trying to help her, and that frustration is not unwarranted.

Lisbeth’s unique personality is one of the most intriguing aspects of the character, but while the first two films show evolution in how she interacts with others, this film keeps the character static. If you are going to tie up the series with a neat little bow and give the girl a satisfying resolution, why not show the maturity of the character as well?

image via The Opinioness

Lisbeth Salander crushes the mold of the typical heroine. Her tragic past, peculiar personality, and aversion to social interaction deviates from many established conventions found in modern female main characters. Larson’s characters are unique and engaging, and this film trilogy challenges audiences with dark imagery and violence against women that is very difficult to digest.

The third film focuses less on issues in society and more on the fate of its main characters. The Girl with the Dragon Tatoo and The Girl Who Played with Fire are infinitely more thought-provoking than this film. Those films explore contemporary issues with a stunning realism. The Girl Who Kicked the Hornet’s Nest, however, leaves contemporary issues at the door in favor of a more traditional thriller construction.

While the third installment does not stand up quite as well as the first two films, it does bring some well-deserved peace to our beloved main characters. This film is still visually stunning and entertaining to watch despite its plot deficiencies. Noomi Rapace and Michael Nyqvist embodied their characters so well throughout the entire series, and do not dial back the intensity of their roles at any point. Noomi Rapace’s career took off after her brilliant portrayal of Lisbeth Salander, which is a just reward for playing such a tormented character for so long. 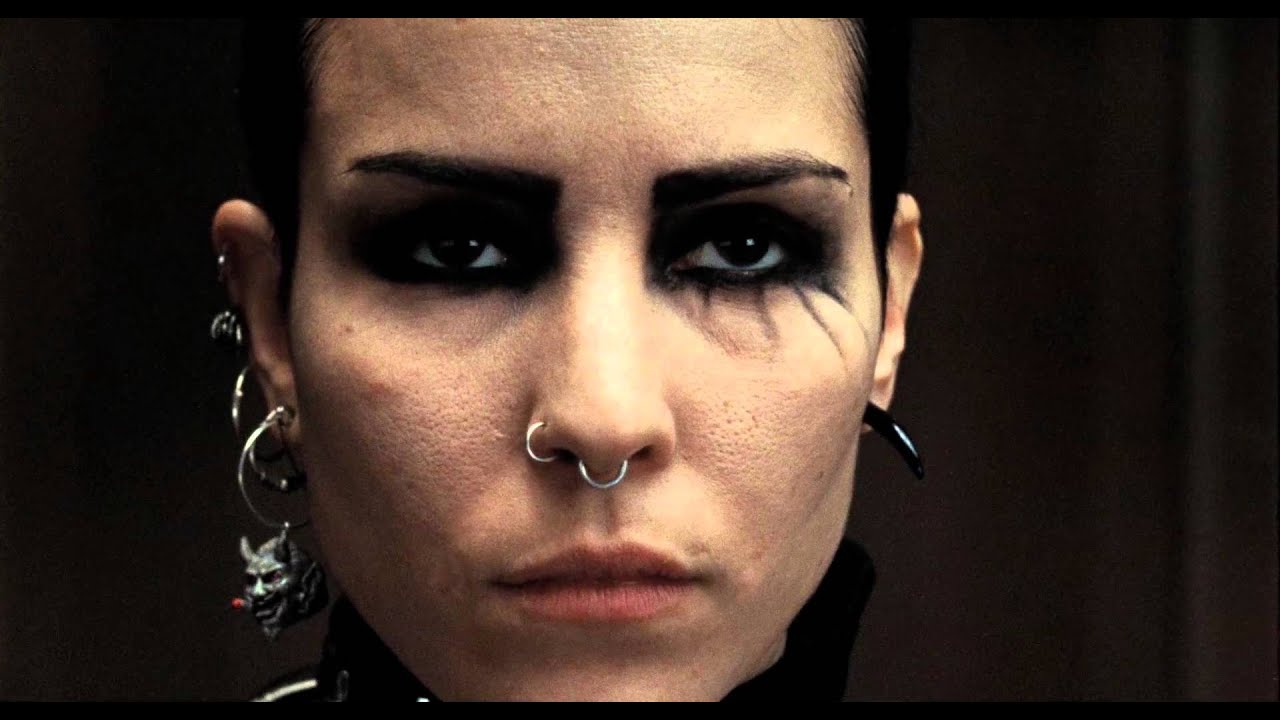 Thanks for reading!  What are your thoughts on The Girl Who Kicked the Hornet’s Nest?  Comment down below!

What to Expect from a Matt Damon Movie