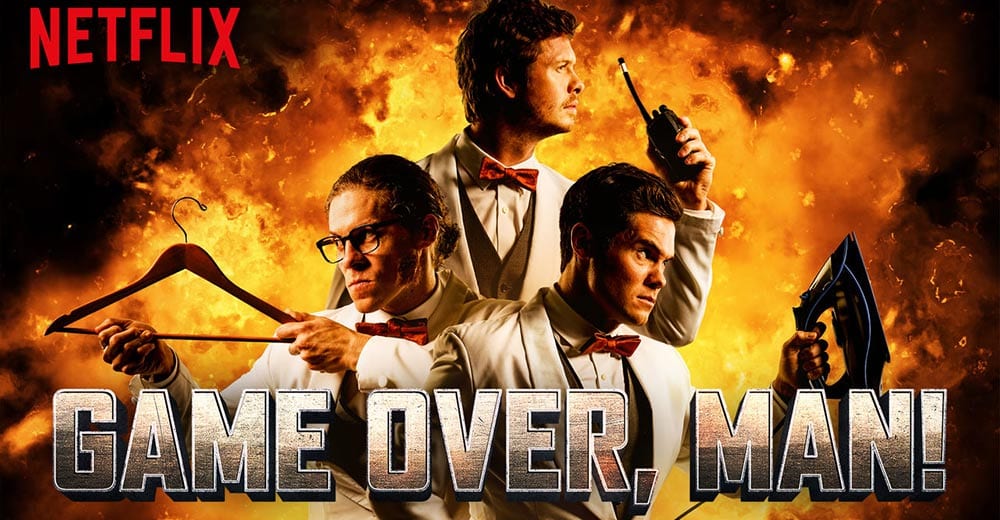 As the hit Comedy Central show Workaholics was coming to a close, many people were wondering when the trio of actors led by Adam Devine would reunite for another project together.  Those same people were delighted to hear that Netflix was jumping in to build a film around the group, and that an amazing team led by Seth Rogen was going to produce the film.  The film, later titled Game Over, Man!, was sure to become a hit, right?

Well, not exactly,  Bad word of mouth spread quickly in film circles, with many even venturing to say that the film was “laugh-free.”

Regardless, Game Over, Man! is now available to stream on Netflix, and everyone can now make their own decision and start or add to a pleasant conversation on Twitter (a man can dream, can’t he?).

For further discussion of Game Over, Man! and its themes, check out Austin Burke’s video below:

Thanks for reading!  What are your thoughts on Game Over, Man!?  Comment down below!

I love this movie!

I’m glad you liked it!