Valentine’s Day always attracts romance movies of every tone.  Whether it be comedic, dramatic, scientific, or some other expression, the day for lovers is always a smart release date for a romantic property.  Netflix’s When We First Met took advantage of the holiday this year, hoping to become a must-stream film for all couples (or for yourself, I don’t judge).  The following review will be spoiler free. 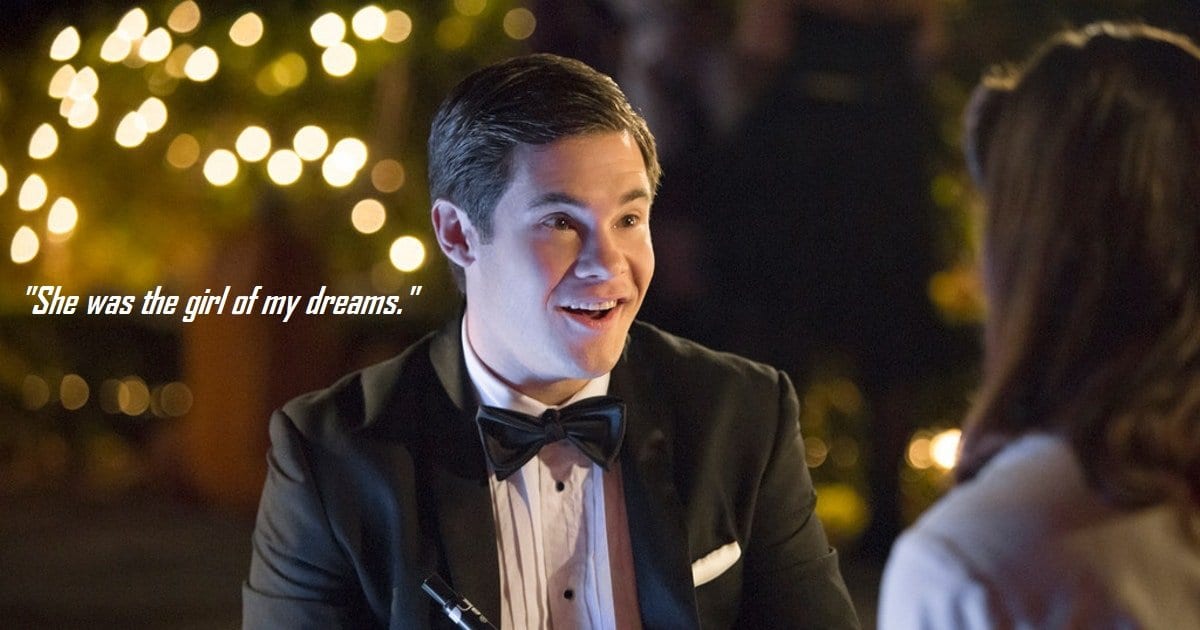 After meeting Avery (Daddario) in what becomes a wonderful evening, Noah (Devine) is relegated to the friend zone.  For the next three years of his life, Noah wonders what could have been as Avery goes to on to meet another guy that sweeps her off her feet.

However, after a bizarre encounter with a particular photo booth, Noah learns that he has the capability to travel back in time to that same night — allowing for more opportunities to change his fate with Avery.

In recent years, there’s been a noticeable stigma attached to romance films.  Aside from the occasional standout (The Big Sick certainly comes to mind), filmmakers are staying away from the genre altogether, adding more fuel to the decline of the genre.  The genre seemed to dominate the industry in the 1990’s and 2000’s, but everything seemed to slide downhill once the emergence of Nicholas Sparks adaptations arrived at its apex (or nadir, whichever way you look at it).

While it’s a little reckless to claim Nicholas Sparks as the downfall of romance films in Hollywood, there certainly has been a decline in both the quantity and quality of similar films in the last decade — I’m certainly not the first one to notice this trend, either.

Has love been lost in the world?  Not exactly, but it appears that there’s been an inability to create fresh, new stories that still tug on the heartstrings.  As much as the general population loves to rail on general audiences to paying to see generic, dumb films, we’ve collectively gotten smarter as viewers, and we hate to pay for films that regurgitate the same material that we’ve seen in the past. 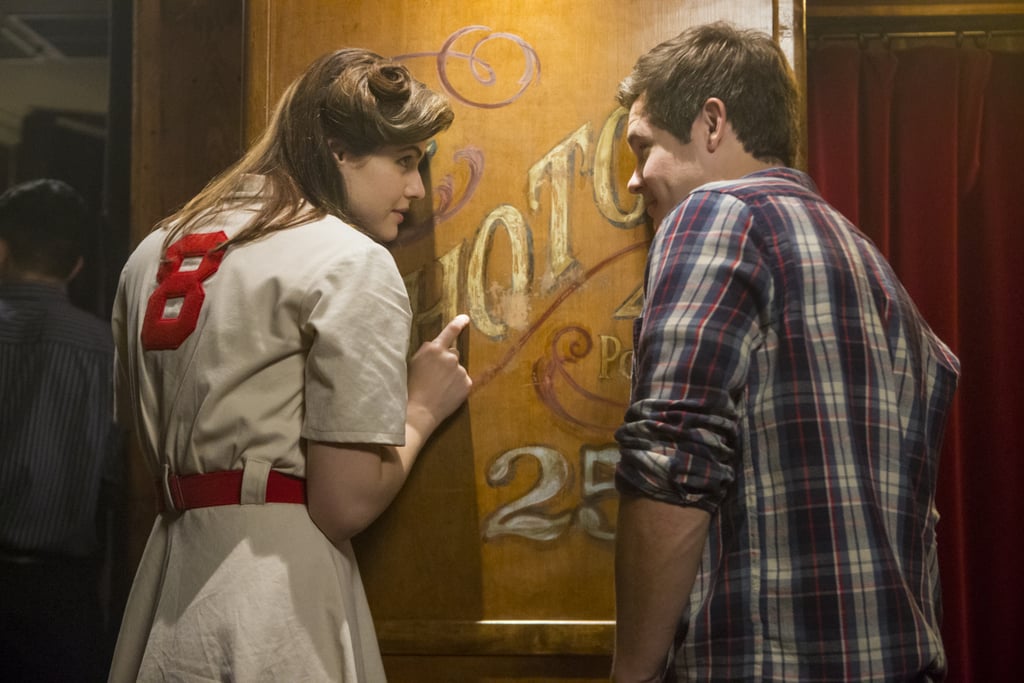 Adam Devine is up to His Usual Shtick…

Adam Devine made a name for himself on the hit television show Workaholics a few years back, sending him into stardom as he was hired left and right for screwball comedies to continue his wacky hi-jinks.  Admittedly, that brand of humor still works in When We First Met.

Devine goes by the comedy technique of throwing everything at the wall to see what sticks.  He’ll contort his face a la Jim Carrey, yell at the top of his lungs, or simply act confused due to his circumstance as a time traveler.  His delivery is unquestionably improvised as other actors take a split second to gather themselves before coming back with a retort of their own.  There are noticeable issues with this choice that we’ll get to in due time, but Devine adds to the comedy of the situation just by blurting out whatever comes to his mind.  Although it’s admittedly pretty stupid, you’ll find yourself laughing at the shear randomness of it all.

…But that Shtick Becomes Seriously Annoying

But, that act quickly tires after a half hour.  It feels as if director Ari Sandel merely pointed the camera at Devine and told him to do his thing, acting in ways that betray how his character should feel at that point in time.  His absurdist comedic touch results in a lot of highs and lows.  One minute, you’ll be laughing quite a bit.  The next, you’ll be contemplating whether or not you should cover your eyes to escape the discomfort of it all.

However, Devine’s character is largely selfish and impulsive, acting on his own whims in a manner that is actually detrimental to the rest of the characters.  The man who Alexandra Daddario’s character ends up dating is by all accounts a wonderful individual.  He treats her right (and better than Adam Devine’s character could ever treat her) and is very selfless.  When We First Met even makes a point to explain that he’s a “Mormon level of nice.”  He’s clearly the best choice for her happiness, and it seems unbelievably cruel and shortsighted to see Devine’s character try to break up that union.

While there’s definitely a clear change made by Devine’s character by the end of the movie, the time spent on changing history feels unnecessary.  In fact, it’s almost creepy how he goes about this task.

When We First Met is Largely Forgettable

Even worse, When We First Met doesn’t have a special charm or calling card to keep the viewer invested.  When We First Met is a very difficult film to review in that it is so unremarkable in every way.  The acting is fine, the direction is fine, everything is just fine.  A film should never get praise for being merely below average to average in every aspect.

Below is a list of rom-com tropes in When We First Met that will leave you in a state of pure indifference:

Honestly, there’s probably more clichés that go beyond this list, but the film is already leaving my brain and escaping to a fate where college students drunkenly pass by the film as they’re scrolling through Netflix on a late Friday night.

Tame and forgetful, When We First Met leans hard on the tropes of the romantic comedy genre for a film that will leave your mind as soon as the end credits come over the screen.  Adam Devine is doing his best to keep everything afloat, but even his routine becomes tiresome and largely annoying.

When We First Met is innocent enough to please serious rom-com lovers, but it adds nothing new, blending in with hundreds of other films that have a similar plot and structure.  This film won’t ruin your day, but it won’t add anything to it — and that might be the greatest sin of them all. Thanks for reading!  What are your thoughts on When We First Met?  Comment down below!

I actually just watched this film with my best friend yesterday night. I agree that it was cliche and not the best movie ever, but it was a good stress reliever after a long and grueling week of work. My mind needed a rest. Haha.

I’m glad you enjoyed yourself! I can definitely see where the film could fill that function!

I agree with your view that the laughs are there early on but getting annoying quickly. Also I thought that the fact that the main character ends up with Avery’s room mate in the end made absolutely no sense at all, even for a cheesy rom com. It also felt like it was way too long and repetitive with all the time travel. If it had stuck to one alternate timeline a la Back To The Future it may’ve helped. I think they were trying to ride Hot Tub Time Machine’s formula but it failed miserably.

I didn’t even bother to short review this film

You were smarter than I, my friend

I was wondering if I should watch this movie or not and this review has helped me make my decision lol. All my fears about it were addressed here and I now know to not waste my time.

I’m glad that I helped!