Celebrating the 70th anniversary of a musical classic!

written by Patricia Henderson May 1, 2022 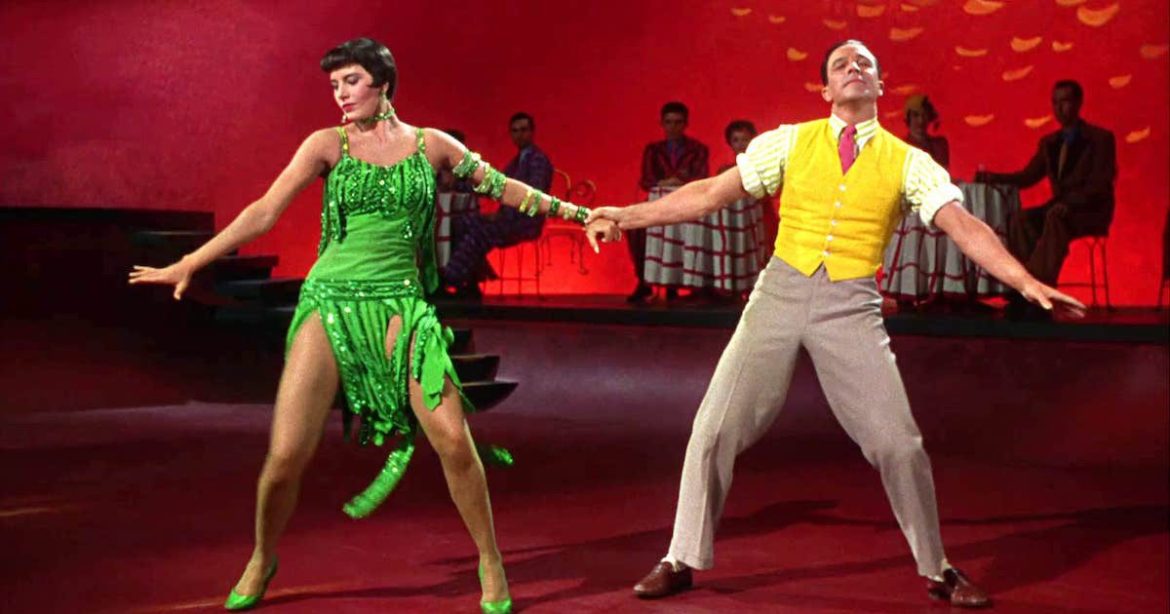 Singin’ in the Rain is a go-to movie for me. I reach for it whenever I want something familiar and fun. The comedy holds up upon repeated viewings (and, in fact, seems to grow funnier), the musical numbers are impeccable, and the cast is quite charming. It’s really a great time.

In honor of its 70th anniversary, let’s explore seven of the best things about this beloved classic.

Gene Kelly is arguably the best thing about Singin’ in the Rain. Considering the multiple hats he wore — acting, singing, dancing, co-directing, and choreographing — the fate of this movie kind of rested on his shoulders.

That said, I firmly believe every role in this film was perfectly cast. From the leads (Kelly, Donald O’Connor, and Debbie Reynolds), down to “bit parts.” There is no one you look at and think, “This would be better with someone else.” Everyone did a remarkable job.

Here’s the part where I mention Debbie Reynolds had no formal dance training prior to making this movie. She put in weeks of painful work to keep up with seasoned hoofers like Donald O’Connor and Kelly, and it shows. All you see are professionals up there. It’s truly remarkable to watch.

As I said, I believe everyone earned their place in this movie, and the dancing parts are no exception. The group numbers are dazzling to watch, and I try to pick out random dancers to watch each time. None of them have disappointed me as of this writing.

Even if you aren’t all that fond of musicals, I’d say give Singin’ in the Rain a shot as a comedy. That’s how it won me over as a kid, back when my mom watched musicals almost exclusively, and I couldn’t stand them.

One of my favorite scenes is the one where Don Lockwood (Kelly) talks about his rise to fame. He’s talking to a Hollywood gossip reporter, giving her a polished version of events, while the audience is being shown the truth. The contrast is so subtly funny, as is Kelly’s delivery. “Dignity. Always dignity.”

Then, of course, there is the classic scene of Lina Lamont (Jean Hagen) taking diction lessons. I think you’d have to be made of stone to not laugh out loud during that part.

Singin’ in the Rain is what they’d probably call a jukebox musical these days. Songwriters Nacho Herb Brown and Arthur Freed had been working on musicals for years, and Singin’ in the Rain serves as a showcase for their prior material. The title song, for example, was originally featured in The Hollywood Revue of 1929 (released in, you guessed it, 1929). The super catchy number “Good Morning” was from Babes in Arms (1939). The only songs written specifically for this film were “Make ‘Em Laugh”, and “Moses Supposes” (and instrumental score pieces).

Something random to mention is there is a cameo by the legendary Rita Moreno in this movie. Isn’t that fun?

There’s also an unexpected cameo by Lana Turner. Footage from The Three Musketeers (1948), in which Gene Kelly also starred, was used here as footage from a Don Lockwood movie. There’s a single shot of Lana Turner standing in a doorway, that was (presumably) left in accidentally.

#6: A Movie About Movies

It seems audiences either love or hate movies about moviemaking, and there’s not much grey area. Personally, I think they’re a fun little subgenre. Things like Hail Caesar!, Once Upon a Time… in Hollywood, or the classic Sunset Boulevard are a nice peek into a world many movie lovers are curious about. Singin’ in the Rain does this better than most, and in a somewhat cheeky way.

Something I didn’t pick up on until I was an adult, is the fact that this movie makes fun of moviemaking. It points out a lot of the politics, forced relationships, and idiosyncrasies of Old Hollywood, while still keeping it fun. In fact, there are supposed “goofs” in this film that I believe are intentional.

For instance, in the scene where Lina Lamont is having issues projecting into the microphone hidden in a bush, the sound man shakes his head and says, “She’s gotta talk into the mic, I can’t pick it up.” His mouth does not move when this line is delivered. I honestly think that was done on purpose, as a nod to sound editing issues movies face.

There’s also a part where Don Lockwood’s (Kelly) character in “The Royal Rascal” (a fictional film created for the movie) pushes a man into a moat. When he jumps down to the same spot, the moat has been replaced by a cobblestone road. I will argue this was also intentional, to show that it was a bad movie, full of mistakes.

Somehow, Singin’ in the Rain manages to be a musical, a comedy, a romance, and a spoof of Old Hollywood at the same time. The performances are stellar, songs are catchy, lines are quotable… it all comes together like magic. It’s comfort food in movie form. Happy 70th Birthday, you national treasure, you.

Thank you for reading! What are your thoughts on Singin’ in the Rain? Comment down below!

“Singin’ in the Rain” is truly one of the greatest films ever made, for all the reasons you listed. Donald O’Connor’s performance in “Make ’em Laugh” is also one of the many highlights of this amazing film.