Advanced word of mouth wasn’t exactly kind to 7 Days in Entebbe.  Although it features the fascinating story behind the 1976 counter-terrorist hostage-rescue operation in Uganda after a plane was hijacked by Palestinian freedom fighters, the film itself has failed to connect with audiences.  Faltering in almost every critical metric, things didn’t look good for Jose Padilha’s first directorial effort since the reboot of RoboCop back in 2014.  The following review will be spoiler free. 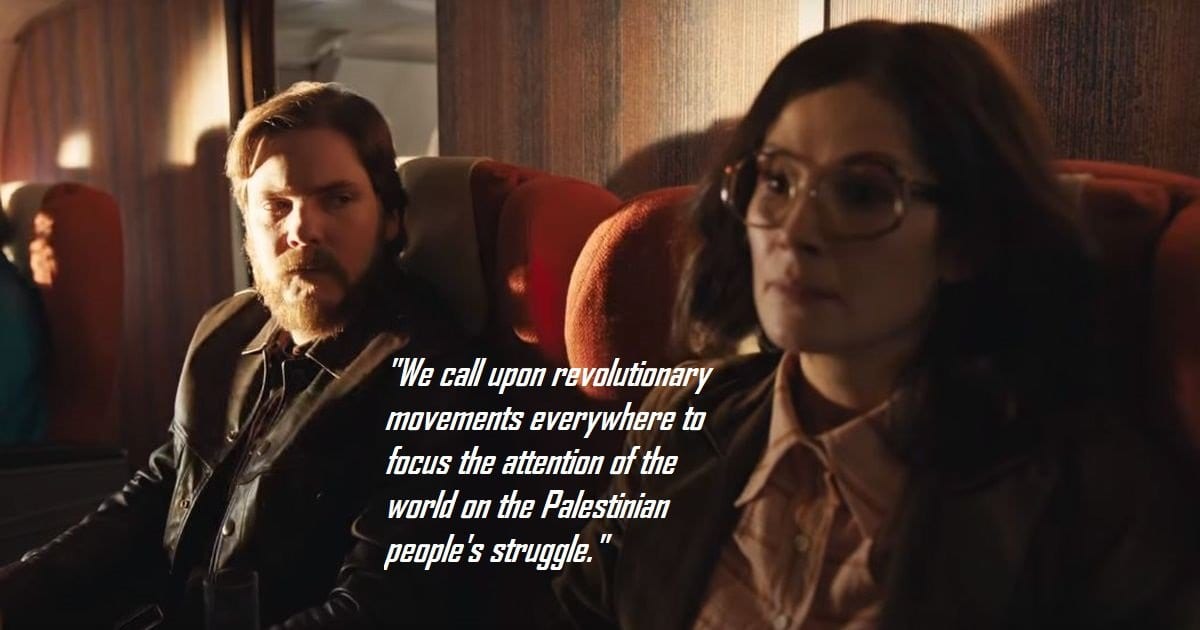 Stuck in a difficult circumstance, members of the Israeli cabinet must grapple with their no-negotiation policy with terrorists while the entire world watches.

For those unaware with the real life story, 7 Days in Entebbe details the days leading up to Operation Entebbe which was carried out by commandos of the Israel Defense Force at the Entebbe Airport.  Of the remaining hostages left at the airport, the commandos saved 102 lives.  Of the 100 commandos that carried out the mission, five were wounded and one was killed.  The individual that was most unfortunate that day was none other than Lt. Col. Yonatan Netanyahu — the older brother of current Israeli Prime Minister Benjamin Netanyahu.

Sometimes, film production and the subject matter of the film itself have a bizarre way of linking up, creating very eerie coincidences.  For horror movies, this might mean that members of the crew feel a spectral presence on set.  7 Days in Entebbe dealt with an equally eerie circumstance that fit its own subject matter.  Jose Padilha and the rest of the crew travelled to Malta to recreate the atmosphere of 1970’s Entebbe to film.  However, about a month into principal photography, a real hijacking took place at the airport at which 7 Days in Entebbe was filming.  Afriqiyah Airways Flight 209 made a forced landing at the airport.  Two hijackers held 111 hostages captive but later turned themselves over to authorities.  One has to think that the ordeal was a bad omen for the film’s reception. 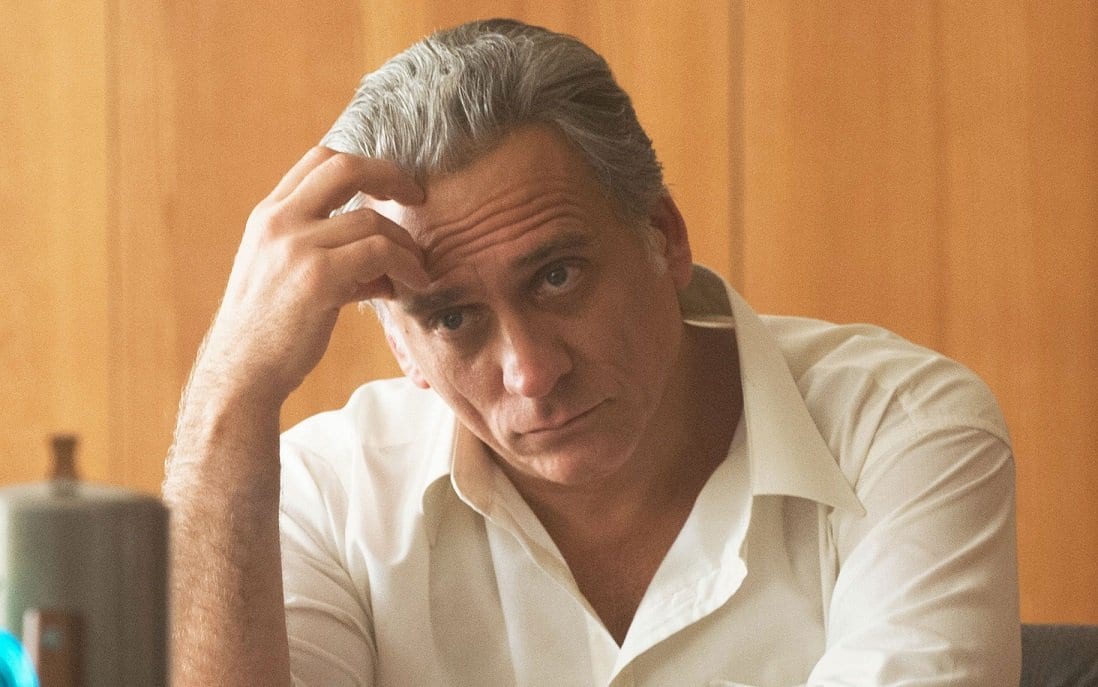 Solid Performances in a Beautiful Landscape

From the opening sequence, it’s clear that Padilha paid serious attention to the film’s style, filling the canvas with a sun-drenched atmosphere that accents both the boiling-hot Entebbe and the gravity of the situation.  7 Days in Entebbe mostly takes place in two places: an abandoned airport terminal and a meeting room for members of the Israeli cabinet.  However, given the situation, the film feels much bigger in terms of importance.

7 Days in Entebbe is very much a procedural in that it displays the drawn-out discussion of each side of the conflict going through each possible step towards achieving their goal.  Israeli cabinet members work to exhaust all possibilities before negotiation while the freedom fighters attempt to balance humanity with cruelty towards their hostages in pursuit of rescuing other freedom fighters from prison.  With this structure comes a lot of dialogue — and plenty of opportunities for the actors to show off their abilities.

Daniel Bruhl and Rosamund Pike lead the way as two Germans fighting for Palestinian freedom.  The film spends much time with these individuals (more on that below), showing that they aren’t exactly sure of their direction in life — even if they appear incredibly confident from the start.  A solid opposition is also created by Eddie Marsan and Lior Ashkenazi leading the Israeli counter-terrorist measures. 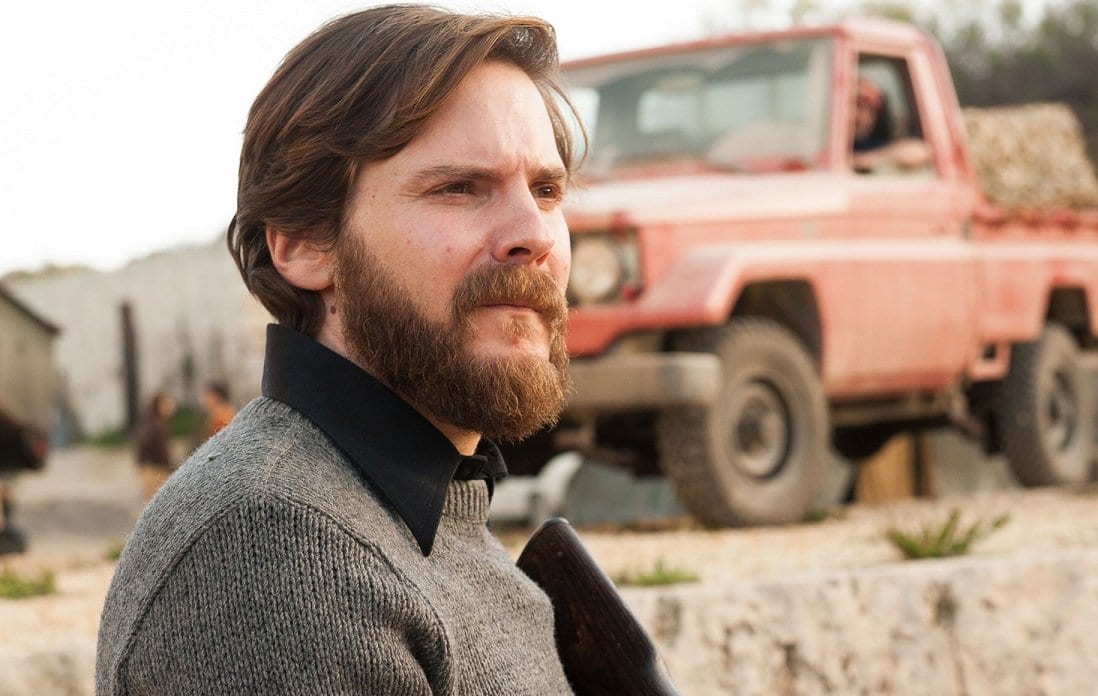 7 Days in Entebbe is a fearless movie.  Padilha tells this story predominantly from the point of view of the Palestinian freedom fighters (namely Rosamund Pike and Daniel Bruhl).  The film takes a serious amount of time to build up these characters, showing their backgrounds, hopes, and fears.  In that regard, 7 Days in Entebbe allows the audience to empathize with these freedom fighters without losing sight of the fact that they’re committing horrible acts against their fellow man.  As the film is clear to show, these freedom fighters aren’t necessarily savages.  In fact, they go out of their way to make sure that the hostages are moderately safe.  Killing them won’t do any good, and the film makes it clear that they would rather not resort to violence to achieve their goals.

Empathizing with a perceived enemy is very problematic to some.  The Israel-Palestine debate continues today, showing that the relationship is still highly contentious.

Still, Roger Ebert once said that the purpose of civilization to “be able to empathize with other people.”  More specifically, movies are a “machine that generates empathy.  It lets you understand a little more about different hopes, aspirations, dreams, and fears.”  7 Days in Entebbe works with this idea in mind, showing that both sides of the conflict contain people, not monsters.  These freedom fighters may have lost their way, but the film helps you as the viewer understand how they got to this place in their life.  Their thought processes are clouded by confusion and fear, and you definitely come to understand these individuals more than when you started the film — it’s fascinating to watch it unfold. 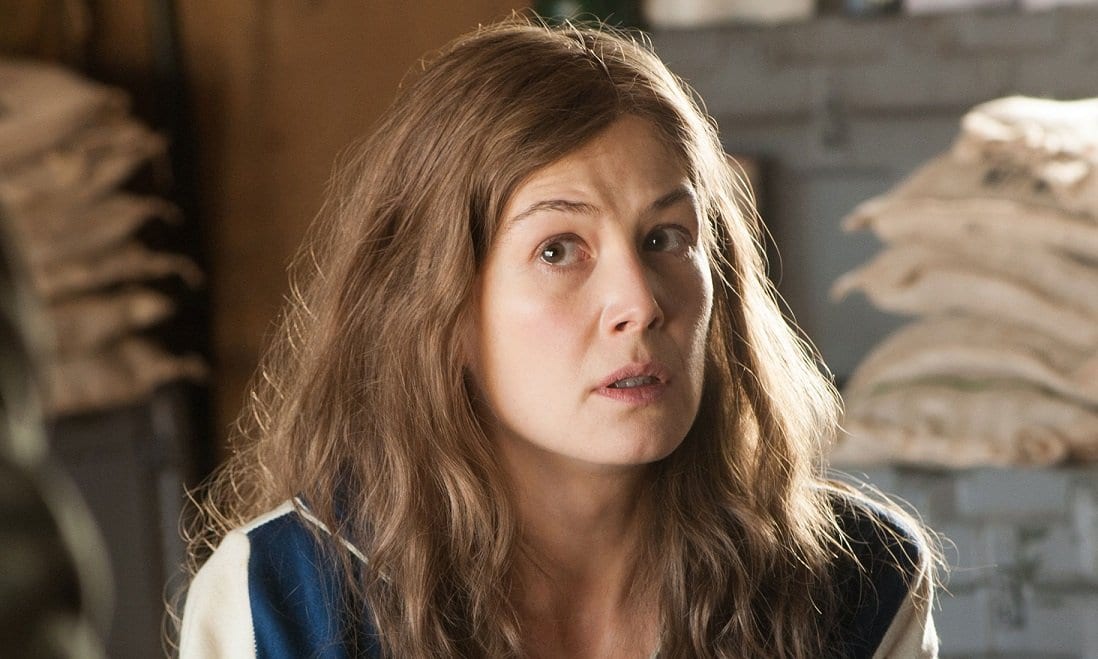 And yet, 7 Days in Entebbe would have benefitted from a cleaner narrative.  Creating empathy for the “villains” of the film is already a daunting task, but the film doubles down on creating fleshed-out characters and empathy, shifting the focus away from the hostage situation for side characters that never become fully realized.

Jose Padilha injects thematic meaning to every beat of the movie.  The problem is that the film loses sight of what’s most important by making the story as sprawling as it is.  On top of the discussion of empathy for both sides of the conflict, 7 Days in Entebbe tries to add a greater historical context by exploring the event’s ties to Benjamin Netanyahu as well as look into the reasons that people in armed forces choose to fight.  Each point may sound interesting, but it has little to do with the main story that 7 Days in Entebbe wants to tell.  These elements act as distractions and slow the pacing of the movie.  For a story that is distinct and to the point, the script is simply too unwieldy and unfocused at times. 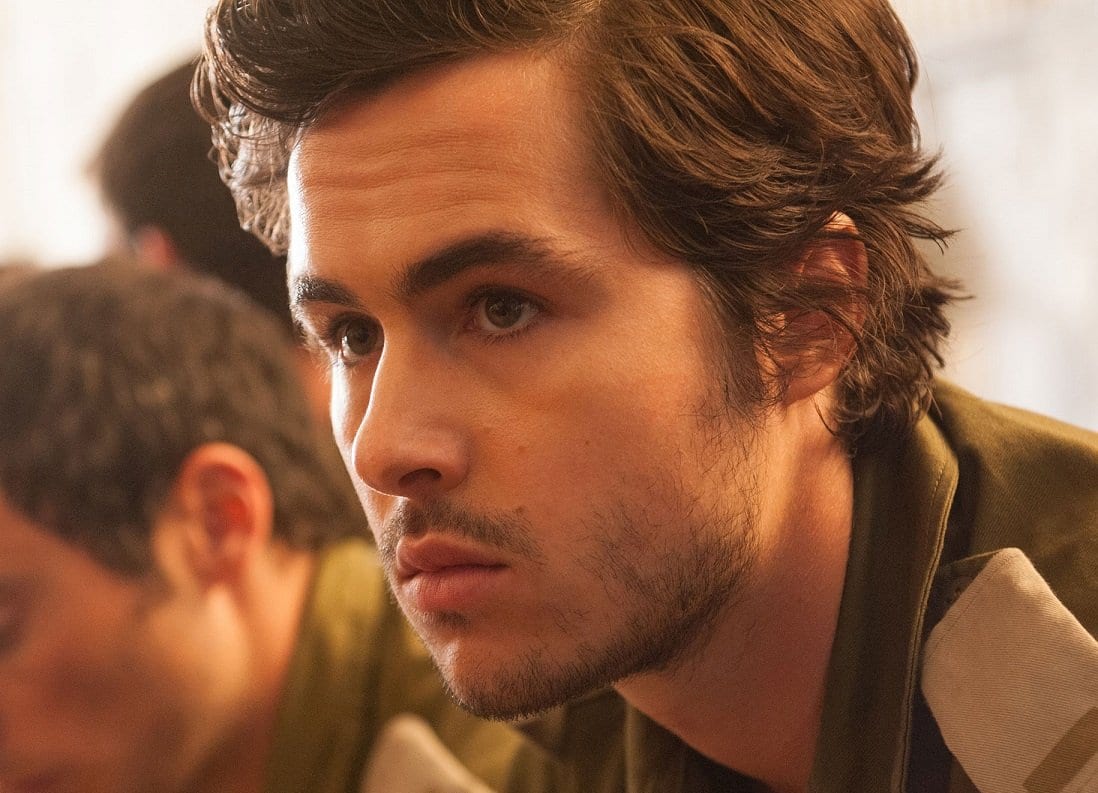 It’s definitely uneven, but 7 Days in Entebbe offers a very ambitious look into the effects of a hostage situation from all sides, showing that stressful situations can reveal the true inner calculus of an individual.

This film is very much a procedural, showing decision makers as they sift through every option at their disposal.  However, 7 Days in Entebbe will be remembered for its daring take on a very infamous situation that still is discussed today.  The movie creates empathy for the opposition to an almost alarming degree, showing that conflicts are filled with grey area.

Thanks for reading!  What are your thoughts on 7 Days in Entebbe?  Comment down below!

I thought it was slow and now, reading your review, I understand why. You’re right, the movie was spread too thin.
Kudos for the dance sequences though. Intertwined with the narrative, they expressed the tension, urgency and violence and saved us from a screen full of toppling bodies.

I really appreciated them too! For some reason though I kept laughing every time the redhead would splat onto the ground. Idk why, it was just a funny sound I guess ?

Me too! No wonder she was apprehensive to dance lol

Does Patreon work well for you, enough for you to do this blog part or full time? How many staff do you have? Been wondering about how to make money with so few followers, it doesn’t seem possible. Thanks for liking my blog!

I’m a young professional so MovieBabble is a side project for now, but I’m hoping it turns into something down the road!

I hope so too Nick! Do you bike? Where are you?

I’m in the US! I just enjoy reading about different walks of life, it’s fascinating to me!