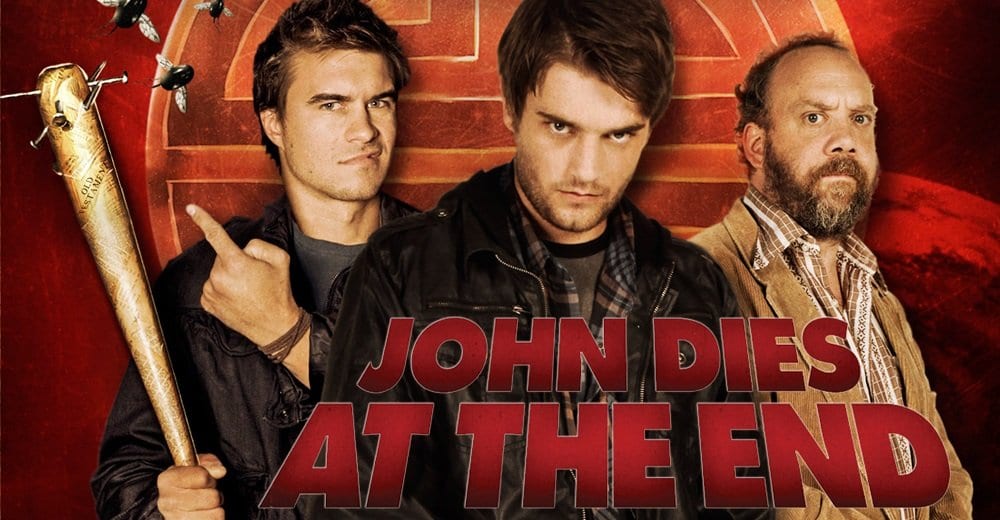 2017 was a great year for fans of the horror genre. From the remake of Stephen King’s IT being a box office hit to Best Picture Oscar nominations for both Get Out and The Shape of Water. John Dies at the End achieved neither of these feats, but was still a hit at film festivals all over the country. Did it deserve this lack of recognition? Or was it a missed cult-classic of 2012? The following review will be spoiler free.

David Wong (Williamson) meets small time reporter Arnie (Giamatti) in a Chinese restaurant in order to expose the dangers of a mysterious new drug known simply as “Soy Sauce.” The drug promises untold wonders, but these wonders come at a price. What follows is a tale involving Wong, his best friend John (Mayes), a hot-dog cellphone, and quite possibly the end of the world.

John Dies at the End was originally published as an online web serial starting 2001 by David Wong. In 2007 after its release as a paperback novel, Coscarelli  inadvertently found the book through a recommendation by the website Amazon. Upon reading its description he thought that it would make a fantastic movie.  He also believed that it had one of the greatest titles in movie history and acquired film rights later that year.

The film premiered at the Sundance Film Festival in January 2012 and was released to theaters in January 2013. However, despite positive reviews from critics, the film received an extremely limited release (only nineteen theaters in total screened it during its eleven-week run).  But with this hidden gem now available on Netflix, there really is no excuse not to see this wild ride of a film.

John Dies at the End Grabs You and Never Lets Go

The best way to describe John Dies at the End is a film that slams its foot down on the gas and refuses to let up until it comes to a sudden and violent stop.  The credits start to roll, and you as an audience member are left sitting in the theater dazed, confused, and questioning your place in the universe. In short, it’s fantastic.

I unintentionally stumbled across this film while perusing the horror section of Netflix and clicked on it without expecting much. However, almost immediately I was drawn into the colorful, madcap, and genuinely terrifying world that this film creates. Before the opening credits even appear, the film presents a much more gruesome version of the Grandfather’s Ax (if you replace the handle and the blade of your grandfather’s ax, is it still the same ax?) involving a dead man, a horrific insect from another dimension, and a zombie. This scene sets the tone for the rest film. That this is going to be a grisly, crazy experience that just may make you think. 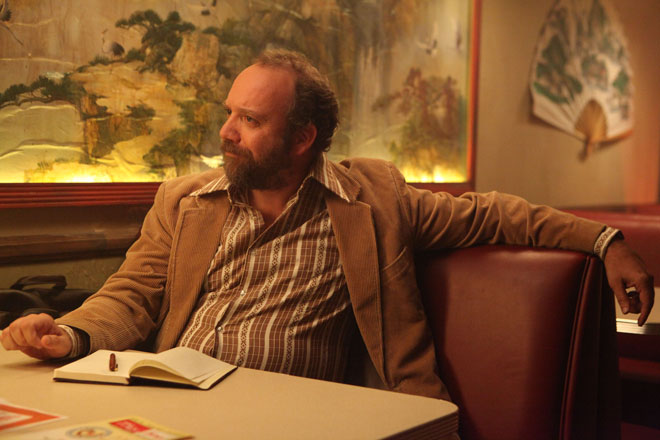 Strong Performances All Around Bring the Film to Life

One of the film’s strong points is its actors. Chase Williamson delivers a solid performance as David Wong, the every-man turned ghost hunter through his experience with the drug “Soy Sauce.” His incredibly energetic voice over throughout the film draws the viewer in and does a fantastic job of communicating his feelings every step of the way. Along for the ride is Rob Mayes as John, David’s slacker best friend. Mayes and Williamson create a solid rapport between their two characters, making them both seem incredibly lifelike. Finally, Paul Giamatti brings his trademark gruff witticism full force, creating some very entertaining dialogues between him and Williamson.

As for its horror elements, John Dies at the End leans more towards the lighter and silly side of the genre. A ghost made entirely out of meat is a standout example. But it also contain some genuinely scary elements, mostly playing off of the idea of horrific monsters that are just outside of our natural perception.

While John Dies at the End’s main appeal lies in its pure wackiness, some viewers may find it a little off-putting. The film is defiantly aimed at those who enjoy darker humor, however some of the jokes stray into juvenile territory  (for example a door knob turns into a penis). Another issue is that the pacing is inconsistent. At times the film sees to either be going to fast or unnecessarily slowing down. On top of that the plot of the film is threadbare, with events loosely connected together via onscreen exposition. Overall this can leave the viewer feeling confused and uncertain as to what is actually happening in the film.

John Dies at the End is one of those films that is hard to describe and even harder to talk about if you haven’t seen it. It is a must see for anyone who is a fan of horror comedy, and even for those who are not fans, it’s worth a watch just to experience its pure insanity. It’s uneven pacing, dark humor, and straight up bizarreness may be off-putting for some, but still manages to create a wholly unique film experience.

Thanks for reading!  What are your thoughts on John Dies at the End?  Comment down below!

[…] not a huge fan of it. However, one bad apple doesn’t spoil the bunch in this movie, for Paul Giamatti and Russell Crowe can carry this movie to […]

Great review. I heard about this movie ages ago and wanted to see it. Thanks for reminding me!

“That door can not be opened!” Great movie

I love this movie. Ive lost track of how many times iI’v seen it. And I was lucky to have watched the movie before reading the book. In comparison the movie does lack a lot of important bits.

To be honest, I do not remember much of the movie. It was surely not upto the mark of the novel. I somehow remember the novel better. The novel was like pure madness. I stumbled upon it via cracked.com and one of its content writer David Wong who is the author of the novel. I remember the soy sauce part, the speaking through the bratwurst part and then going into some abandoned shopping mall or something.
I need to read the novel again and watch it again.

I wish I’d enjoyed the movie as you had. I had always noticed it in the Netflix horror section but thought it sounded dumb. I got the book as a gift and ended up really enjoying it so I thought I had to give the movie a try too.

It was a let down. The movie had a run-time of only 99 minutes, not enough time at all to accurately represent the madness that is the novel. The whole movie felt rushed and huge plot points were completely cut out, other elements were forced in without context making it so that, if a viewer hadn’t read the novel, they would have been completely baffled.

Needless to say I was disappointed. I think it could be a really amazing movie if it was given the proper budget and a better adaptation.

A nice surprise on the “looking-for-nothing-in-particular-but-this-looks-interesting” streaming choice on Netflix.

Fifty Shades Freed Leads the Weekend as the...