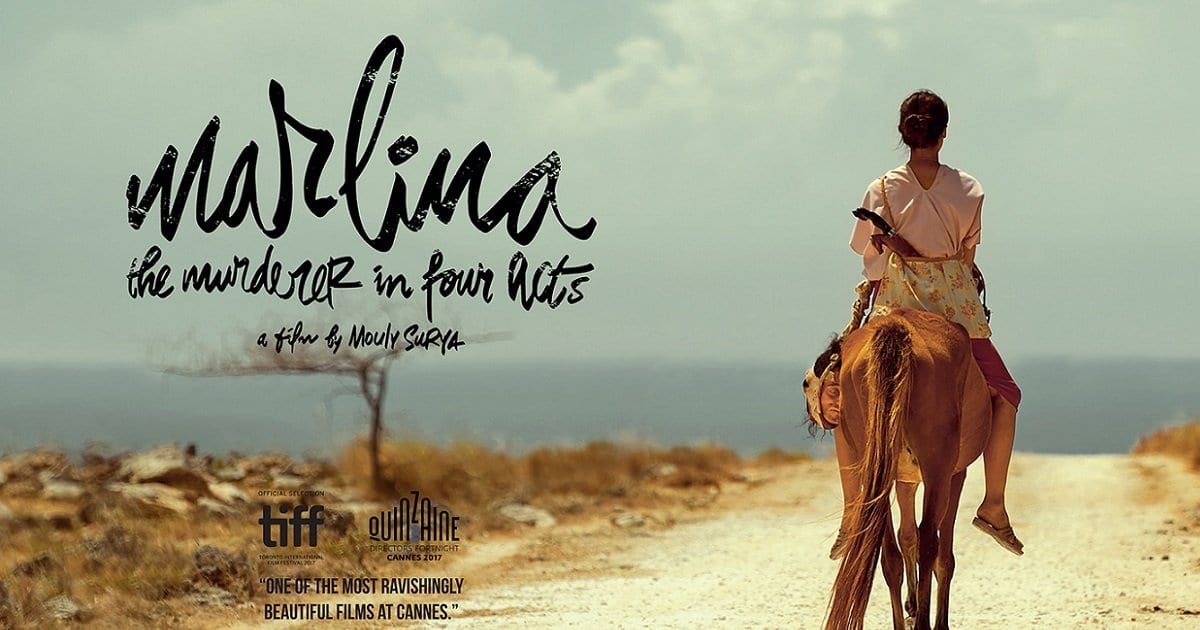 After debuting at Cannes in the Directors’ Fortnight section (for independent film), Marlina the Murderer in Four Acts immediately became a crowd favorite.  Combining elements of feminism and old-time Westerns through the Indonesian lens, Marlina in Four Acts is easily one of the more unique films to come to theaters in 2018 (or 2017 depending on your country), accented by its obvious four act structure.

The review above is spoiler free.

Marlina lives quietly in Sumba until one day a man named Markus and his gang tries to rob her house and she kills him.  Eventually, she is haunted by Markus, and her life turns in 180 degrees.

Thanks for reading!  What are your thoughts on Marlina the Murderer in Four Acts?  Comment down below!