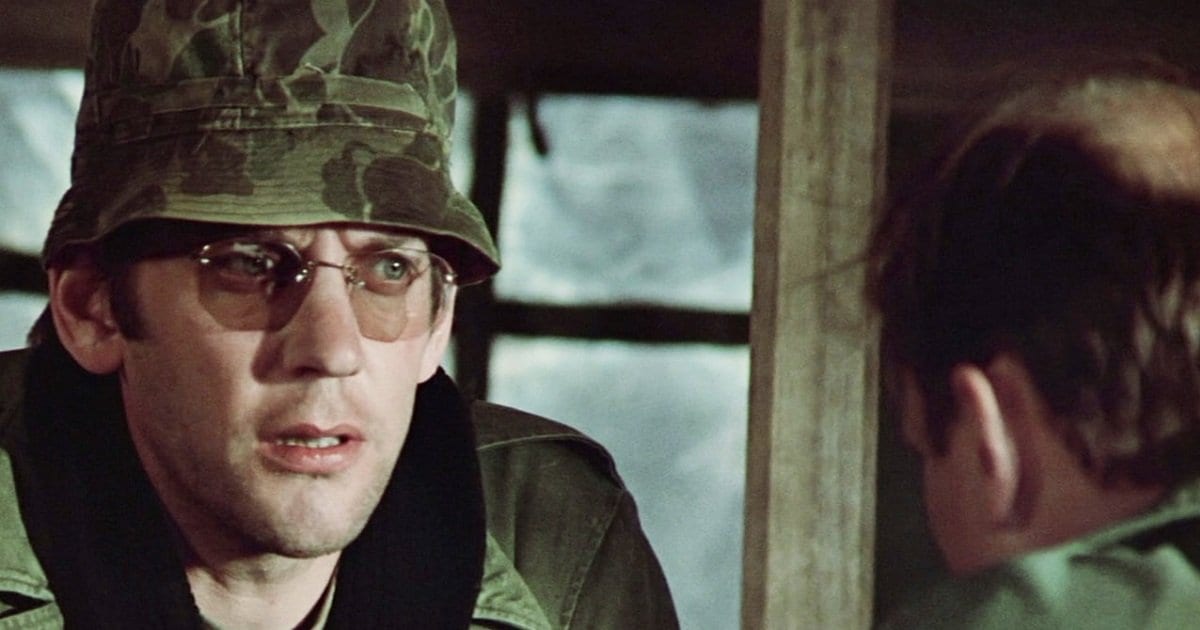 On April 27, 2018, North Korea and South Korea reached an agreement to formally end the Korean War that began in 1950. For those of you who don’t know, the Korean War never officially ended — an armistice was signed, but an official agreement or treaty to end the war was not formed. Thus, the Korean War has been an ongoing conflict since 1950.

While an official end to the war won’t occur till nearer the end of the year, I say we start celebrating now by looking back at the films about the devastating conflict. Though they are few and far between compared to films about more “popular” wars (if such a phrase can be uttered) like WWII and Vietnam, they still carry a hefty emotional impact.

The Bridges of Toko-Ri is a weighty drama that unveils the grotesque underbelly of war. William Holden is Lt. Harry Brubaker, a Navy fighter pilot ordered to bomb a series of bridges — a mission that piles massive amounts of stress and terror upon him. Mark Robson directs and Grace Kelly, Fredric March, and Mickey Rooney all costar in the dreadful drama. Though made in 1954, this movie was years ahead of its time with its incredible cinematography. The dogfight and flying scenes are all shockingly realistic and we even get a few shots from practically inside the cockpit of a jet flying through smoke. The Bridges at Toko-Ri is magnificently filmed and boldly addresses the once-taboo topics of fear and stress in war.

This classic “love-triumphs-all” film stars Marlon Brando as Air Force Major Lloyd Gruver who falls for Japanese performer Hana-Ogi (Miiko Taka), an interracial romance he himself would have once shunned. The Joshua Logan-directed movie also stars Patricia Owens and upcoming star James Garner. Not only is it a lovely romance, it’s also an important social commentary on a problem faced by service members at that time; it was illegal for American GIs to marry Japanese women during the war, much less fly them back to the states. Brando’s performance, like always, is emotional and effectively engages us in his issues.

Image via From the Front Row

Though director Anthony Mann was mostly known for his westerns like Winchester ’73 (1950) and The Man From Laramie (1955), Men in War is a gritty film depicting the war-weary heroes of America in Korea. It stars veteran actors Robert Ryan and Aldo Ray as Lt. Benson and Sergeant Montana, respectively. Their goal: reach Hill 465 to relieve their exhausted platoon. However, like in all wars, getting there isn’t that straightforward, and the ragtag group faces many hardships along the way, brilliantly addressed by Mann. It’s a classic example of the senseless brutality of war as all the deaths are portrayed as practically useless, with no real driving reason behind them other than to fully display war’s violence to the audience. Another well-made aspect of the film is the scenery, whose blandness and peace contrast the apprehension and excitement that war brings. The Korean War was fought in one of the most unforgiving environments in the world. While the summers could get unbearably hot, the winters were often cold enough to kill hundreds of men overnight, as the men of Fixed Bayonets! realize in their travails of the war. This Samuel Fuller-vehicle stars Richard Basehart as Corporal Denno, whose superiors gradually get killed off one by one, forcing him to take control. The plot line alone shows what a crazy film this is, going where no film had gone before. Fixed Bayonets! is as thrilling as it is depressing, as most war movies tend to be; it’s a grim reminder of what war does to men.

The Steel Helmet is a tough, dark story about a group of American soldiers who fight Communist troops in an abandoned Buddhist temple. Gene Evans stars as no-nonsense, seemingly heartless Sergeant Zack, who is fiercely loyal to his men. Once again, directed by Samuel Fuller, it has all the suspense and fear you would expect from his films, yet it incorporates it artfully. The Steel Helmet also includes some enjoyable military banter you expect in good war films — the kind of dialogue that endears us to the characters and makes us cry when they’re killed. It’s a wonderful film that — while painful — skillfully displays the horrors of war to the audience. 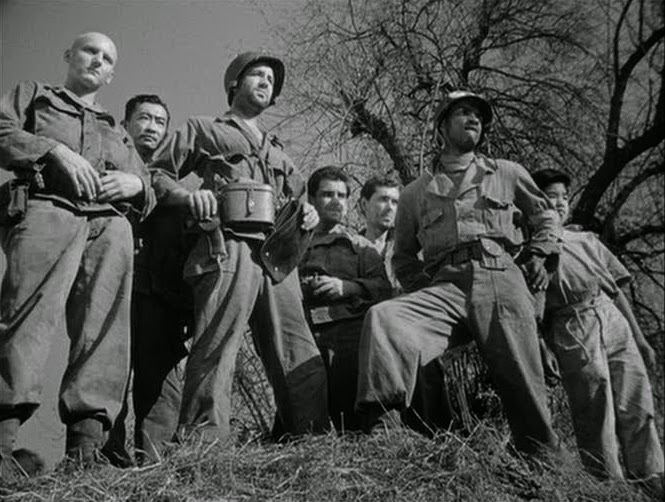 Image via Blogging by Cinema-Light

Here’s a perspective we probably don’t hear from enough, as ironic as that is: from the Koreans themselves. After all, they were the ones fighting the war on their homeland — we were just there to help. This Cine-Asia film is about a group of students-turned-soldiers who do their best to protect a middle school during the beginnings of the Korean War. No holds are barred in this film as it brutally kills off boy after boy (I use the word intentionally, as they are barely more than teenagers). There are no smiling heroes in this film — only scared young men doing what they must to save their people. Once again, it throws in your face the harsh realities of war. 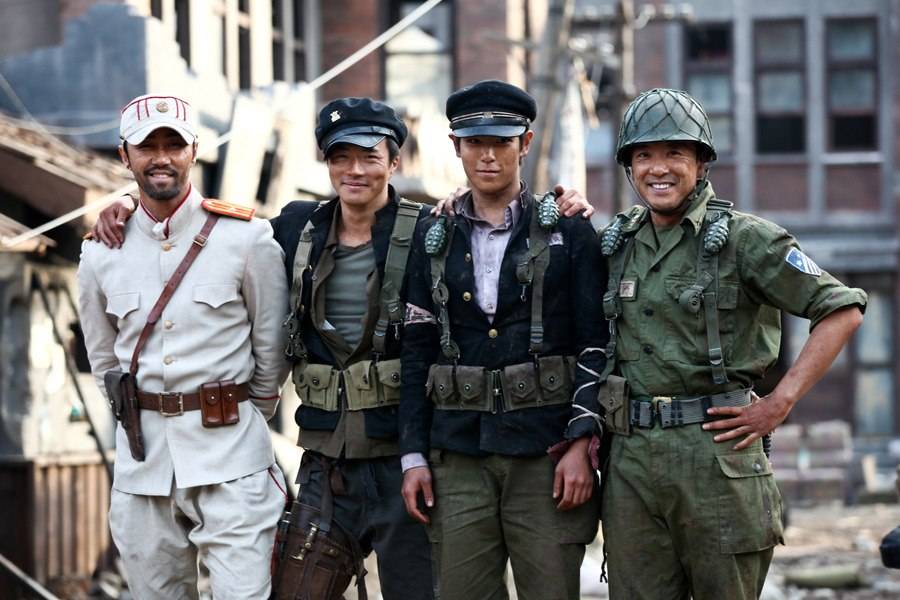 The Korean War from the point of view of the South Korean military is truly a spectacle to behold. This film focuses on the final battle of the war, which would determine the border between North Korea and South Korea. As expected, it’s a very intense, savage film. It shows that — just like in American war films — Korean brotherhood is often pierced by the violence of death. Yet, it shows that all the brutality is really a matter of being born on the wrong side of a border; it’s all senseless. The Front Line shows just how inane war is and how it literally tears apart people’s lives. 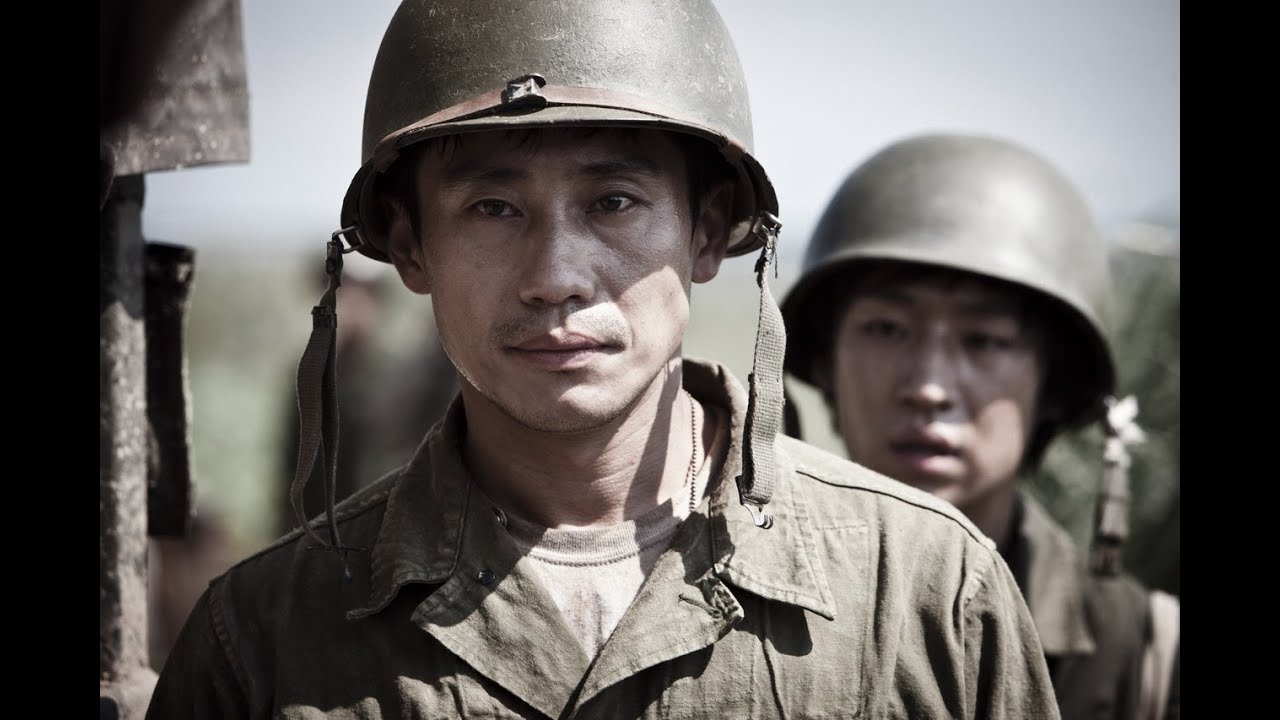 If you have a strong stomach and really want to get into the graphic details of the Korean War, Tae Guk Gi is the movie for you. Another South Korean film, it’s the story of two brothers, the eldest of which volunteers for riskier missions in hopes that it will save the younger. Tae Guk Gi uses the divide that separates the brothers to mirror the divide the war cut between nations and families. Something I hope people will most appreciate about this film is that it isn’t your typical war hero movie — it really lets the worst of war dangle in front of the audience like a corpse hanging from a tree. If you want to know what the Korean War was really like, watch this film.

First of all, young Gregory Peck is a gift to humanity. This movie is about as simple as the title suggests: Lt. Joe Clemons (Peck) and his unit try to hold Pork Chop Hill against Chinese Communist forces. What I truly felt captured the spirit of the war was the fact that generals kept sending orders to Lt. Clemons indicating that they had no idea what was going on, but still wanted to be in charge; the message — war reveals who the true leaders are. Sure, it doesn’t have the blood and gore of modern war movies, but that doesn’t take away from the intensity of the film. It’s a sordidly gritty film that places you in the war alongside the battle-weary men. 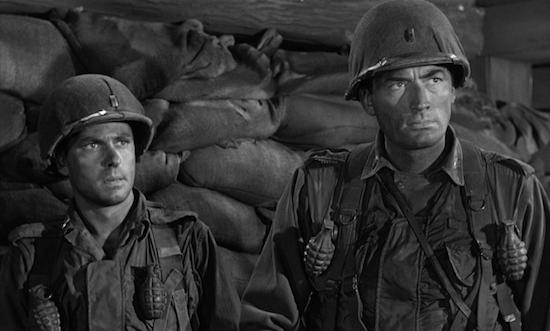 This film is nowhere close to serious or even understandable. To be honest, I prefer the TV show to the movie, mainly because at least the TV show had some semblance of morals. However, MASH is a good example of how war makes no sense whatsoever. The plot is simple — the surgeons and nurses of MASH  4077 use humor to cope with their bloody duty. The cast includes some great actors, like Donald Sutherland, Elliott Gould, Robert Duvall, Tom Skerritt, Sally Kellerman, and Gary Burghoff (who later reprised the role of Corporal “Radar” O’Reilly on the TV show). Basically, this movie is a testament to how humans cope with horror — we laugh. Soldiers make jokes to forget that just a mile away people are getting their limbs blown off for no reason.

Thanks for reading! What are your thoughts on the top 10 Korean War movies? Did we miss any? Comment down below!

[…] TV shows we (mostly I) just can’t let die. I personally cannot watch the final episode of MAS*H because it makes me so sad to say goodbye (also, it’s three hours long and I don’t […]

Great post, great list! I would also include the Korean movie J.S.A by Park Chan Wook. It’s not about the Korean war per se but it dwells on the Demilitarized Zone between the North and the South. Based on a novel, it was well very well executed.

Funny you mentioned that! I actually did have that movie included in my first draft but I took it out because I wanted to focus more on the war of the 50s. It’s quite a well-made movie!

If I think about it again, you are right to take it out, though. It doesn’t quite fit into the list of Korean war…as it’s not really about the war itself.

I didn’t even know that there were other Korean War films besides MASH, lol!

Now with the recent news about North Korea, I have doubt that this conflict will end soon.

True true. I was hoping that by taking a more hopeful tune that North and South Korea would read my article and decide to be kind to one another XD

Lol, gotta send Trump and Kim Jong-Un a link to your article!