When she was active in Hollywood, Cameron Diaz was the epitome of a movie star. 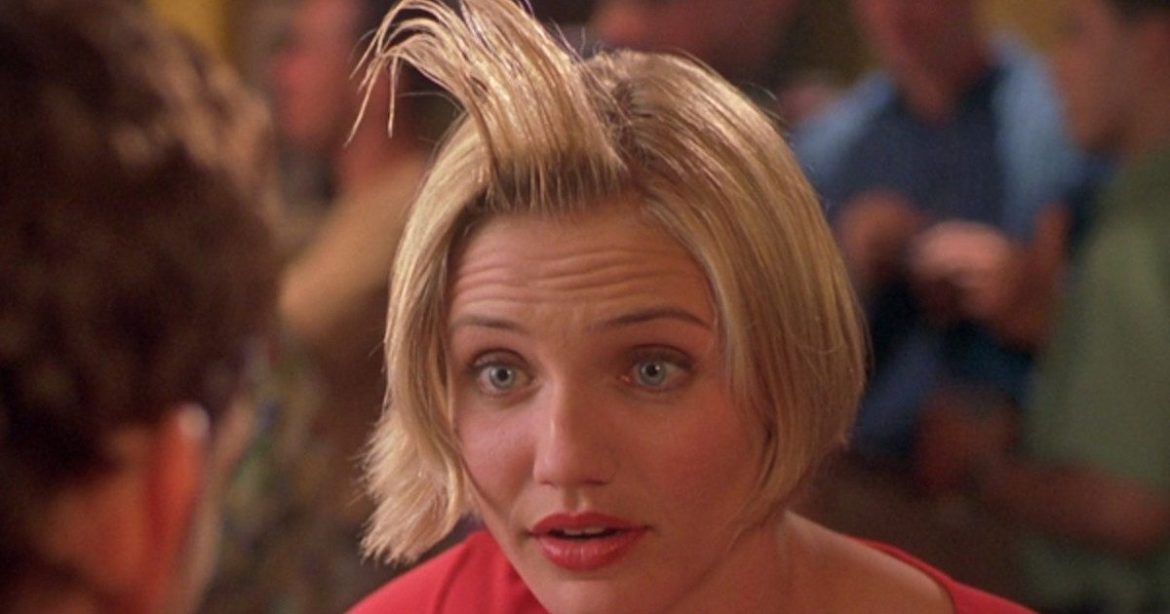 I recently had the wonderful opportunity to be a guest on one of my favorite podcasts, Munsons at the Movies. The conceit of this podcast is fairly simple and right up my alley. With a guest, the Munsons discuss an actor’s career in-depth and after that discussion, the actor is rated on the Munson Meter. I find this to be a very interesting and fun way to view movies, and more specifically, an actor. A holistic look into an actor’s career allows you to view their choices and work a bit differently than viewing each movie in a vacuum. Often I find that my appreciation grows for an actor and their talent with this deep dive. Which is actually the origin of this post. My recent appearance as a guest Munson was to talk about Cameron Diaz, and this look into her career completely changed my perspective on the now-retired actress.

Cameron Diaz is an actor that I came across at the very beginning of her career, in the same way I imagine most people my age did, in The Mask. From that performance, which if we’re honest isn’t entirely memorable because of her performance, and a few other small glimpses into her career I developed an opinion of Diaz as an actor. Except for a few other movies (The Sweetest Thing and Charlie’s Angels), I didn’t find much appeal or intrigue in Diaz’s movies. I didn’t think too highly of her as an actor and from an incredibly small sample size I cemented an opinion of Diaz that I would hold for over ten years; she wasn’t very good.

This deep dive into her career, not only exposed how wrong I was in developing this opinion, but that I was completely off the mark. Diaz is a hugely talented actor, with a significantly larger impact than I knew and a much stronger resume than I gave her credit for.

Diaz has been retired and out of the public conscientiousness for several years now. There are no anniversaries or any real reason to compile this list. My stark change of opinion of Diaz as an actor is the only inspiration. I’ve been overlooking what is a truly remarkable career for too long, so I compiled a list of what I believe to be her ten best movies. Her movies are less about her performance and more about the quality of the experience. These ten movies all reflect her special ability to make any movie a good time.

This is the second Cameron Diaz movie I ever remember watching. I saw it shortly after its release and after my recent rewatch, I had no business watching it then. As raunchy comedies go, this is a solid one. There is a lot to like in The Sweetest Thing, most of all is Diaz. She is the lead and carries a lot of the comedy in the film and does a pretty good job. More importantly than all of that is the fact that it’s a female-led comedy in the early 2000s. The rarity of that speaks to her star power, which is the biggest reason it’s on the list.

Like much of the movies early in her career, My Best Friend’s Wedding isn’t driven by Diaz. Julia Roberts is the star and her star power is on display because she makes work a movie (and character) that is quite flawed morally. Even though Diaz is very much the supporting character, she is very good. This is a great romantic comedy, but for it to be truly great, you have to love Diaz’s Kimberly Wallace. And that love will come almost immediately. She’s so charming, sweet, and funny. It’s a great performance, but an even better movie.

This is the only exception on this list. Cameron Diaz in Any Given Sunday is much better than the movie itself. While Oliver Stone gets some things very right, about the NFL and football in general, he too often strays from the point to fade in a vintage shot of a football stadium or Vince Lombardi. The filmmaking is a distraction here, which makes the film a harder sell now than when I was a teenager. However, what is not up for dispute is Diaz’s performance as Christina Pagniacci. In a film that is full of hyperbole and over-the-top performances, Diaz is the least so and thus grounds the film. She embodies this character so well and brings such intensity to it, that she prevents Pagniacci from becoming a caricature. It’s a whirlwind of a performance, one that shows the amount of range she truly has.

Another true supporting performance here, but unlike My Best Friend’s Wedding, Cameron Diaz doesn’t ever feel like a supporting performer. Mary is obviously the subject of the film, but her charisma and charm allow for the character to hang over the entire movie in the way it should for it to be successful. To merely call this movie successful would be a tad disrespectful because this is one of the better comedies of the past thirty years. Ben Stiller is at his peak, as is the rest of the cast. Together, they create a movie that is truly laugh-out-loud funny.

Charlie’s Angels is more entertaining than it is good, but that appears to be the conceit. This is a movie that is very self-aware and in on the joke. Honestly, this movie just works. I don’t fully understand how or why, but it does. It’s funny, each of the stars (Cameron Diaz, Drew Barrymore, and Lucy Liu) bring something fun and interesting to the table. It’s just a great action-comedy to turn your brain off to and enjoy.

One of the easiest films on the list to watch and one of my favorite Christmas movies. The Holiday just works. It’s funny, cute, and endearing. It hits all the spots you want a holiday romantic comedy to hit. Diaz does a good job portraying an interesting character in a complicated situation. That’s true of the entire cast, which is impeccable.

At this point, I almost feel as if Shrek is underrated. As a franchise, its success is remarkable, but the first film alone is simply one of the better animated films ever made. Its humor and satire feel familiar now because so much of that genre has copied the blueprint of this film. It truly is innovative in its storytelling and humor, with the addition of beautiful animation. Surprisingly, Cameron Diaz gets a bit lost in the series. She’s not bad, but the cast around her is so dynamic that she gets outshined a bit. Even still, this series adds a legendary film to her resume.

This movie feels like a bit of an outlier in her filmography. The action/comedy or even straight action film isn’t all that present. Knight and Day shows a true ability to thrive in this genre because this movie is incredible! Tom Cruise is hilarious poking fun at the types of roles he typically plays. Diaz is plenty funny herself in a fish-out-of-water role. Their chemistry is great and the action is fun. It’s a movie that she could have made once every two years and they would all be good. Unfortunately, that’s not the case, but I’m still happy to have this gem.

Gangs of New York is another case of a better movie than performance, and Diaz being outshined by dynamic performances. This is an incredible film. Daniel Day-Lewis is out-of-this-world good and Leonardo DiCaprio is tremendous as well. Their dynamic is so captivating and the two of them create some scenes that I will never forget. Scorsese diving deeper into the period by adding the war and conscription elements is a true stroke of brilliance. Diaz isn’t the takeaway from this film, but she certainly holds her own. She is very good and her presence is felt when she’s on screen. That alone is quite the achievement, considering how great the cast is.

The number one spot is reserved for the Cameron Diaz movie that is the perfect blend of great performance and great movie, and that’s Being John Malkovich. This is a phenomenal film. Spike Jonze creates a film that is so awkwardly beautiful and insightful. With insights into adult angst, marriage, sexuality, and so much more, this film will stick with you forever. In terms of Diaz, she transforms in this film, which is something she didn’t do much of during her career. She gives her best performance in this film and it’s truly remarkable what she can do with this deeply interesting character.

You can find the Munson’s at the Movies Podcast on Itunes, Spotify, and Podbean. You can also follow them on Twitter at Munsonsatmovies.

Thank you for reading! What are your thoughts on Cameron Diaz and her best movies? Comment down below!