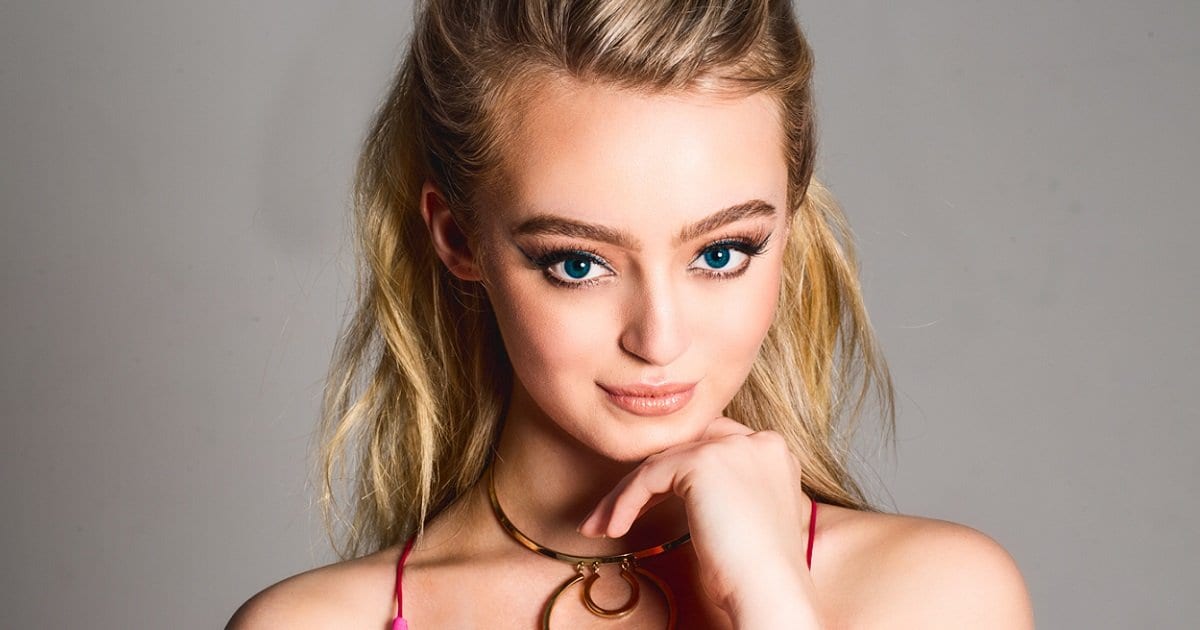 Young actors and actresses come and go all the time in the film industry — it’s just the nature of the business.  However, when you’re in my position as a critic, you occasionally come across a talent that you can just tell is going to be around for quite some time, and Savannah Kennick is absolutely one of those people.  With the charm to disarm even the most cantankerous of people in the business, Savannah just has it.

But with that personality is the desire to grow the right way as an actress. On the heels of earning a role in the latest season of Arrested Development — and from my discussion with the actress — it’s pretty obvious that Savannah Kennick is here to stay.

Savannah Kennick: It’s so cheesy, but I saw Call Me by Your Name eight times in theaters.  [laughs]

I love Timothee Chalamet as an actor, but I love his aesthetic as well as the film’s.  I just love the cinematography and score — every time I watch it I notice something different.  I mean, I saw it eight times so I guess I’m supporting the industry at this point, but it’s such a fantastic film that I couldn’t stop myself.

NK: So you started in modeling and then eventually made your way to acting from there.  What caused that change?

SK: Growing up in Pennsylvania, it wasn’t necessarily a creative environment.  But, when I was fourteen, I went to New York to start modeling and I met so many different artists and later got to visit my friends’ film sets and see everything in action.  I immediately thought after those experiences that acting was something that I want to be a part of.

Growing up I just absolutely loved film and TV.  I knew every word from Gone With the Wind when I was younger.  I would run around the house while I was quoting it, but I never quite understood what it was like to act.  I was later given an opportunity to go in and audition for roles, and I loved it so much that I actively pursued acting from there.  My agent in New York later introduced me to a manager in LA, and I moved out there within the year.  It’s all been crazy ever since!

NK: I guess some congratulations are in order since you were just announced as part of the cast for season five of Arrested Development.  How are you feeling about everything?

SK: Ohh my gosh!  I got the part on a Thursday night and I had to be on set on Monday morning.  I had never worked in television before — I’ve only ever worked in film.  I read the call sheet of who was playing my mom, my grandmom, and my brother, and I think I may have peed my pants a little because it was all these amazing actors that I loved so much growing up.  I just thought, “I’m going to be on set with them!  This is so crazy!”

I’m playing young Lindsay on the show – the young version of Portia de Rossi.  I got to meet her and it was so insane to me not only from the fact that everything happened so quickly but also because of how cool everyone was on set.  I was like, “I don’t fit in here.  I’m not supposed to be here.  I think someone may have messed up.  This is not real!” [laughs] I’m so excited for it to come out.

NK: That’s so, so great!  I’d say you’re definitely on the rise.

NK: I think there’s a future for you, don’t worry! [laughs] But as you grow, is there anything you want to focus on in the community or any ideals you want to hold close?

SK: Of course!  I’m nineteen, and with being a nineteen-year-old and being an actor in Los Angeles, there’s definitely an easier route to success that a lot of people want to follow.  It’ll get you a lot of jobs a lot quicker, but you don’t necessarily have as much integrity as an artist.  A really big thing for me moving forward is working on a lot projects that mean something to me rather than working on projects that will bring me attention, money and fame.

NK: That’s so awesome!  I also wanted to discuss your short film Bloom that recently released — how would you describe working on the project and what do you hope viewers take away from it?

SK: Bloom is a really intense film as it is, and shooting it was kind of insane.  I didn’t have a lot of lines, so I had to just act the entire time — I had to be in the moment and react to things.  I was really lucky that everyone on set and I became family in those few days that we shot the film.  They created such a safe environment –- I felt like I could do and say anything.  There was no such thing as a bad take.

It’s a really important story about people not feeling like they have the right to speak up and say that they’re not comfortable with something.  I know as a young girl growing up that you get told things like “don’t say that!  You’ll get fired” or “don’t say that!  People won’t like you!”  Fortunately, I don’t think that’s acceptable anymore.  But, I feel like five years ago if a person went through what my character goes through in Bloom that she might have gotten blacklisted.  I think it’s really important for our industry that projects such as Bloom get to come out.

NK: I hear you there.  Do you think Bloom has the legs to turn into a feature film down the road?

SK: Ohh I hope so!  I could only cross my fingers for that — that would be amazing!

NK: It sounds like it’s as timely as anything else right now.  The #MeToo movement has certainly grown in recent months, seemingly hitting an apex during the awards circuit earlier this year.  What was it like for you seeing all these powerful women like Frances McDormand at the Oscars standing up for what they believe in?

SK: I think it’s so incredibly inspiring.  As I was saying before, five years ago people would have gotten blacklisted.  I feel so fortune to be working in an industry where women are taking back their power.  Women’s stories that wouldn’t have been told five years ago are being told today on featured TV broadcasts and other big outlets.  It’s so great to see.

NK: You also have a film entitled Do Not Reply coming out next year.  It’s definitely an interesting take on social media and the craziness that can come with it, but what exactly excited you about the project and made you want to get involved?

SK: It was such an amazing script to read.  In the film I play the older sister of the Chelsea character, and she uses a dating app and gets abducted by a crazy guy.  I think it’s a really interesting time in our world where a lot of people my age are like “ohh yeah, I met my friend through Instagram,” and that’s so insane to me! There’s still really weird people out there that could DM you and say “My name’s Amanda, let’s hangout” and it turns out that the person is a 40-year-old man who then is able to find your location.  Not so great things can come out of that scenario!

An inexperienced model captures the interest of a well-known fashion photographer. 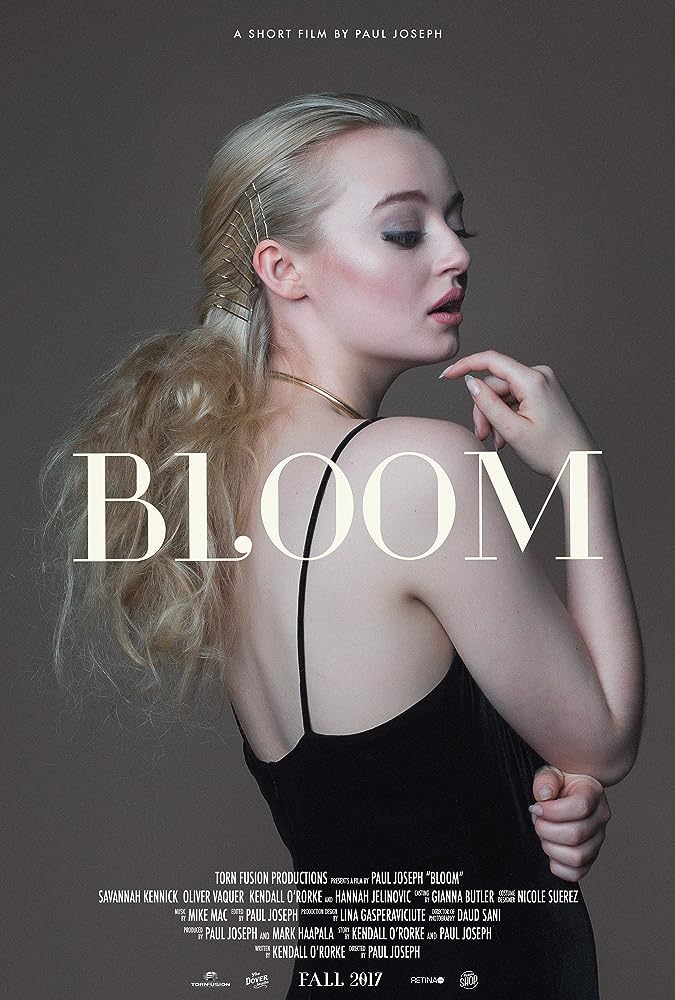 Look out for Savannah in Season 5 of Arrested Development on Netflix on May 29th.

Thanks for reading!  What are your thoughts on Savannah Kennick and Arrested Development?  Comment down below!

Happy to c u growing and developing love . Big things r happening w more on the way!!! Thank u Nick for an awesome interview w some really inciteful questions

I’m so happy to have had the ability to interview such a wonderful talent!

Congratulations Savannah on all of your accomplishment and success thus far !!! So they think you have what it takes huh? Well we knew that all along <3

She certainly has what it takes if you ask me!