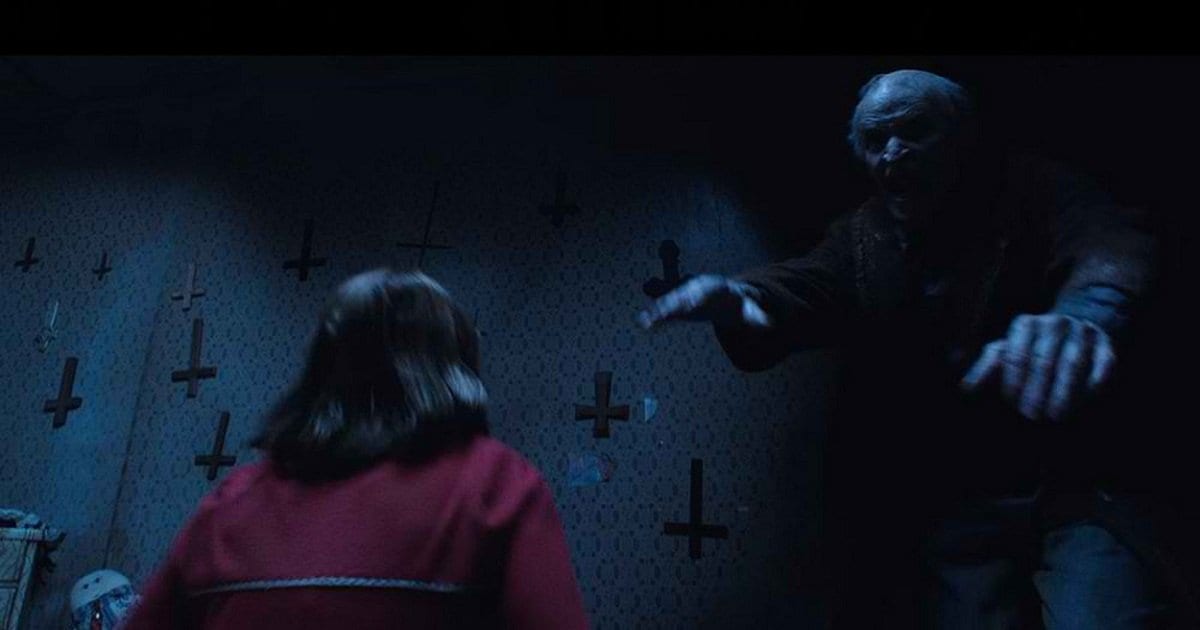 So, before we dive straight into this comprised catalogue of movie gripes, let’s just clarify something: this list is an irreverent inspection that includes examples from movies that are not necessarily bad nor good. Over the years of enjoying  film, how many times did one or two trivial hiccups irk you to a notable extent? We are consistently hard to please and the challenge of creating a project with little to no problems is merely impossible. You are an undoubtedly thick-skinned warrior of cinematic tolerance if you can stomach even four of these.

Not Looking Where You’re Driving

This happens a lot more often than you may initially think. There will be nattering scenes in a moving vehicle that involves the driver intermittently looking away from the road. You might not casually notice this but four or five second intervals spent delivering lines through eye contact is bonkers. Is it the actor or the director’s fault? It becomes so neglectful that it makes you agonizingly wonder if it’s setting up a car crash. Next time there’s a scene that entails two people in a car, keep your eyes peeled for this one.

Not all of us can cope with flashy disco or action scenes. Some of us are epileptic, light-sensitive or prone to migraine and headaches. And some of us are just downright irritable. But hyper speeds of strobe light persistence, or even lens flare, is quite often a visual trope that forces our eyes firmly shut.

When this bizarrely occurs, you simply don’t know where to look. When you bought your ticket for the latest action blockbuster, you never had any knowledge of a four-minute long, out-of-place serenade. It doesn’t even need to be a musical piece; who didn’t writhe in discomfort when Tom Cruise crooned a lullaby to Dakota Fanning in War of The Worlds? It can leave you no choice but to say ‘I didn’t sign up for this.’

We’ve all been there: you’re 13, sitting with your prim and prudish parents, watching a lighthearted comedy like The Heartbreak Kid. All of a sudden, one tranquil scene cuts to Ben Stiller vehemently ‘jackhammering’ Malin Akerman in a deafening cacophony of moans. Here’s another example of a scene where you just don’t know where to look. If I wanted to watch pornography I would have. A trip to the bathroom in avoidance might be a good option here.

This one is pretty self-explanatory. You feel cheated, tricked, ripped off and even offended that someone had the gall to use a trite horror technique in engaging you. All for them to just cackle away and say, ‘HA, GOTCHYA’

Many, many, many films have saturated their use of computer generated images. So much so that it takes away from the exciting experience of seeing a well choreographed fight sequence. CGI is sometimes unavoidable and if implemented correctly and sparingly, it works wonders. But how jarring and false was it when Neo fought those rubber looking Agent Smiths by the dozen in Matrix: Reloaded?

Saw, Rocky, Godzilla, Fast And Furious, Scary Movie, Scream, Pirates of The Caribbean and of course, Friday The 13th. How many times can they create a sequel with the identical prefaced template over and over? The obvious answer being: cash. As long as there’s an audience for a very particular genre, you bet they can milk the cow. Film is not the only culprit in this sinful self-indulgence.

We all have our own tastes. It’s usually just a case of bad writing or the abstention from allowing comedians have a say on screen. Aww that’s cute! That’s sentimental! What a clever reference! It might be all of those things, but it certainly isn’t funny. Try watching Batman & Robin sober for five minutes without being punched in the gut by an ice-cold pun.

Engendered out of 20 seconds of thought, some characters can be so offensive. Characters so haphazardly thrown onto the page that it makes you wonder how anyone on-set threw a blind eye. How ridiculously hyperbole was the Jewish dad in Independence Day? Subtlety: some movies don’t know the meaning of the word.

This trope can be countered with the old ‘well if Bond died, that would mark the end of the movie.’ The unabashed hubris of almost every movie villain can be seen in these instances. It’s almost as if the baddie ultimately becomes defeated by their own narcissistic procrastination. This even occurs in John Wick while John is tied to the chair in the church and is fed platitudes of arrogance.

The hints, the clues, the tells, the subtle things that aren’t so subtle. Foreshadowing can be the key to predicting certain aspects to its conclusion before it even enters the second act. There’s a fine line between coy foreshadowing and dead giveaways — it’s a slippery slope. ‘Scooby Doo didn’t like him from the beginning.’

Some of us are slow readers (which is another way of saying that we’re a bit dim). It can be frustrating when you’re gearing up for a plainly English viewing and then be met with Klingon in an instant. It’s not the different language that’s bothersome, it’s the maximum of two second subtitled sentences in the foreground. Especially if you had no prior knowledge of them. It can be a little embarrassing for us when we miss a few words hither and yon.

Characters At The Dinner Table Not Taking a Single Bite

Filming reasons for this are quite obvious, especially if it’s on a shoestring budget. It is simply to save the actor from getting bloated, take after take, eating one tater tot at a time. And it’s also to abide to the restricted financial allowance. But it doesn’t stop you from thinking that if you were there, you’d have licked the plate spotless clean by now.

Even some of the most capable actors just cannot master a particular patois. They can never seem to get it just right and the result can range from insulting to hilariously amusing. Russell Crowe is a tremendous actor, but his attempt at exuding an Irish dialect in Winter’s Tale is spinelessly terrible. This gripe could possess a list of its own.

When The Protagonist In a Horror Film Says, ‘I Better Investigate.’

NO! DON’T DO IT! One of the hilarious annoyances of watching clumsy characters in horrific situations is their flawed reasoning. They are always just brave enough to check out the basement and also equally as stupid in doing so.

It’s safe to say that casual audiences don’t care much for the team behind the movie at any time. But even a big film buff will become exhausted at the five-minute introductions to movies. 2001: A Space Odyssey, Blade Runner, Star Wars and Austin Powers are all franchises that classically contain them. Sure, it can set the mood, buckle you up and even give vital exposition, but sometimes there’s no denying their laborious length.

‘That wouldn’t happen.’ This continuously seems to be a major obstacle in the creative field of storytelling. A plot that’s firmly grounded within our own common sense of reality — even a biopic for that matter — can incessantly be improbable. It somewhat loses its grip on you once it’s hard to believe.

When Princess Leia was blasted from the ship she commanded in The Last Jedi, and graciously floated back to the land of the living, the whole theater recoiled in their seats with squinted eyed disbelief. Even the nature of science fiction can sometimes seem unclear, whimsical and ludicrous. It’s as if these creative shortcuts are taken by writers in order to set off a chain of events or in an attempt to cover up plot holes. Remember when Will Smith could fly an alien spacecraft in Independence Day because he saw their manoeuvring capabilities? Or when Will Smith knocked out the alien with one punch, dragged it through the desert and it subsequently summoned the ability to kill dozens of scientists with its mind? Although it might be explained sooner or later, suspension of disbelief can only be taken to a certain point.

Thanks for reading! What are your thoughts on pet peeves in film? Comment down below!

The only two that bother me are sex scenes (again, I try not to watch sexually explicit films and wonder how hard can it be to make a mature film without needing sex, especially porn-level sex?) and unfunny comedy (another reason I don’t watch modern comedies generally). I’m fine with the others.

Equally annoying is when the person you’re watching the movie with starts harping on one or more of the aforementioned peeves in a peevish manner.

Yes! I hate when drivers don’t keep their eyes on the road. I’m equally bothered when characters don’t shut the door.

There’s a scene in Casino Royale where Bond sits in the driver’s seat of a car and opens the glove compartment. The camera cuts to and from two different shots. In one shot, the door is wide open, and closed in the other. Then he exits the car and it’s clearly already open. Continuity should probably be another peeve.

Can I add one? How about when the whole plot hinges on a misunderstanding? Like, if characters just talked like adults do, for like one second, then there would be no story.

Great fun, this, and ALL pet peeves! You left off one of my top ones, that may be a subtrope of the one-second subtitle: The MTV-style jump cut. Something exciting is going on, a climactic fight, a car chase, a dogfight (air combat version). Suddenly the viewpoint camera begins to jump-jump-jump-jump-jump-jump-jump until you give up trying to follow the action, and just wait to see the outcome so you can rejoin the plot. This probably creates a lot of BlueRay sales as people take the movie home to watch in stop-motion so they can finally see what the hell was happening.