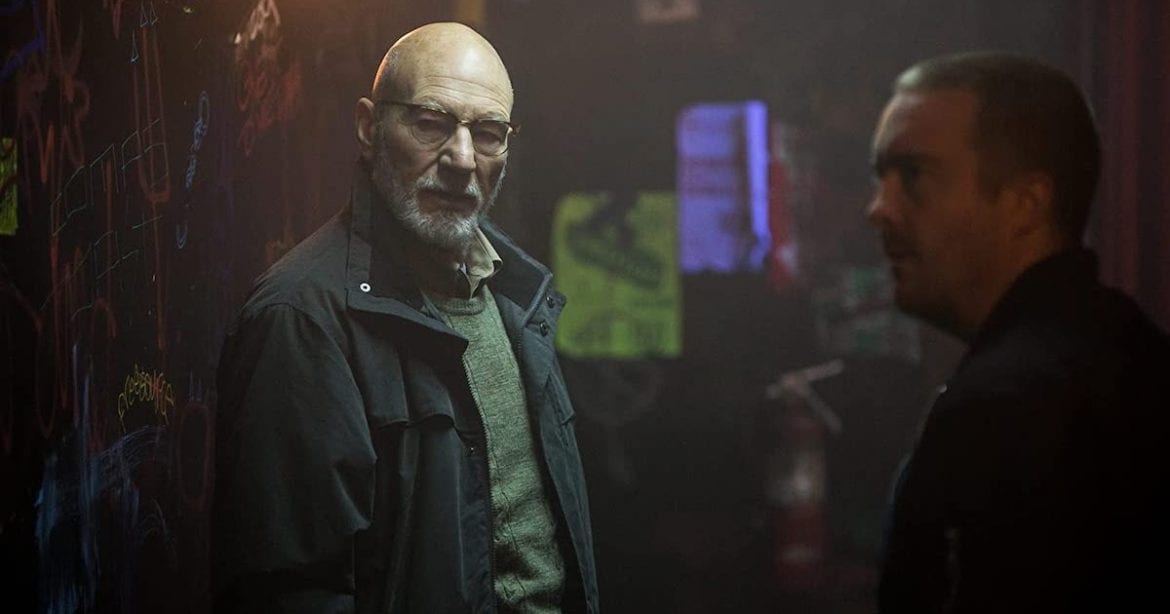 If I had to put money on which director would take the big leap in the next decade, most (if not all) of it would be on Jeremy Saulnier. You could say I have a lot of Jeremy Saulnier stock at the moment. And for good reason: he’s already carved out a strong niche for himself with his brand of grisly thrillers — and the occasional horror-comedy. Throw in a dash (or more) of Macon Blair, some outstanding practical gore effects, assured direction, and a heavy dose of nihilism, and you got yourself one of Saulnier’s gripping stories. At his best, he rivals the Safdies in the amount of tension he can wring out of a scene.

He’s also one of the very few directors showcasing very masculine stories without them feeling overbearingly toxic. A nearly impossible feat to pull off these days, and welcome addition to the contemporary thriller canon.

Let’s take a look at how his films stack up to one another:

Hold the Dark is a perfect example of what happens when Netflix throws more money at a director than they’re used to working with without also tossing them a note or two. In other words, a movie that is incredibly ambitious, sprawling, and also pretty messy. For some added perspective, Hold the Dark is half an hour longer than Green Room, Saulnier’s second-longest film.

I admire a lot about Hold the Dark. There’s plenty of great performances to go around, notably the ever-steady Jeffrey Wright, the ever-masculine James Badge Dale, and the ever-silent Alexander Skarsgard. (Between this film and Mute, Skarsgard a penchant for playing quiet, emotionally repressed characters in Netflix movies.) Combined with the starkly picturesque backdrop of the Alaskan wilderness and an outrageously effective shootout sequence, Saulnier once again proved his skill.

It’s Macon Blair’s script based on the book by William Girardi that holds most of Hold the Dark‘s issues. Interestingly enough, although Macon Blair and Jeremy Saulnier are besties and surely have a good idea of what the other is looking for in a project, Hold the Dark is the only movie Saulnier has directed and but is not also credited as the writer. You’d be hard-pressed to find notable character progression despite the great, grisly performances, and the film’s attempted connection between human nature and pack mentality is tenuous at best.

And yet, I still think the film works fairly well. I’m an absolute sucker for Saulnier’s sense of atmosphere; his skills in that department are almost unparalleled among his contemporaries.

*To read the site’s full review of Hold the Dark, please click here.

Murder Party is clearly the outlier of the group so far in Saulnier’s career; the difference in tone between this and the rest of his very self-serious films is clear. The sub-80-minute microbudget film is also very much proto-Saulnier: you see all the calling cards he would later refine with experience and more resources, similar to Christopher Nolan’s Following, which includes all of his usual fascinations fans have since come to adore over the years. But it’s still really fun!

It’s certainly an underrated Halloween movie, with lead character Chris getting more than he bargained for after finding an invitation to a Halloween party, only to become the object of desire for a group of anarchist artists looking to murder someone for their next project. It’s also a great use of its minuscule $200,000 budget. (Exhibit A: Chris’ wonderful cardboard costume.) If nothing else, film students should study Murder Party as an example of making the movie you want with the budget you have.

But that shouldn’t be all one appreciates about Murder Party. Look no further than Macon Blair’s performance which spirals more and more out of control as he continuously douses himself in beer. And that third act — full of goofy gore and jabs at art — is simply glorious.

Part stageplay, part dissertation on negotiation tactics and power dynamics, and entirely one of the most stressful movies of the 2010s, Green Room is one hell of an experience that is soaked in nihilism. It’s also punk as hell.

Although I hate the overuse of “gritty” when discussing films, Green Room is one film that actually deserves the descriptor; its violence is nothing short of grisly. And when it starts, it escalates quickly.

My favorite aspect of Green Room is that it never winks at the camera. The premise of a punk band trapped by militant skinheads is something that would normally be treated as absurd by any number of filmmakers, but Jeremy Saulnier is hellbent on treating this unsettling material as seriously as possible. Green Room doesn’t hope to empathize with the skinheads, but it does aim to add some dimensionality to them, resulting in a deepened understanding of unrelenting prejudice.

Patrick Stewart’s Darcy is cold and unfeeling — he’s been through the process of hiding his group’s horrible actions so many times before. It’s just business. The final moments are a perfect button on this story: Green Room isn’t about some sweeping character arc; it’s about real people trying to handle an unimaginably bleak situation.

Sadly, the film is also a strong reminder of Anton Yelchin’s talent before his tragic passing.

Blue Ruin is a near-perfect rebuke to the revenge thriller in a post-Taken world where almost every antihero is portrayed as a complete badass. Macon Blair’s Dwight has the same stoic presence as many of the grizzled vigilantes in the genre; in fact, he’s dead silent for most of the runtime. He has all the traits of Bryan Mills, a Robert McCall, or any other ex-special forces man thrown back into duty…except any of the background or required skills. He has no idea what to do with all that blind rage gnawing at him every second.

Macon Blair is almost in every single frame of Blue Ruin, and he carries the entire movie. Dwight feels achingly real; not a second goes by in the film where I don’t feel a sense of great sadness for his character. His depressive stares are unbearably resonant; not only is he searching for justice, but he’s also wondering why on earth he put himself in this situation in the first place. It’s easily one of my favorite male performances of the 2010s.

Somehow, Jeremy Saulnier manages to scold our obsession with violence while still offering plenty of visceral punch. Blue Ruin is exceptionally bloody and raw, but it has a keen awareness of the power it wields. The violence isn’t cool; it’s depressing.

Thank you for reading! What are your thoughts on Jeremy Saulnier? Comment down below!

‘Vivo’ Is a Sweet but Ultimately Forgettable Animated...