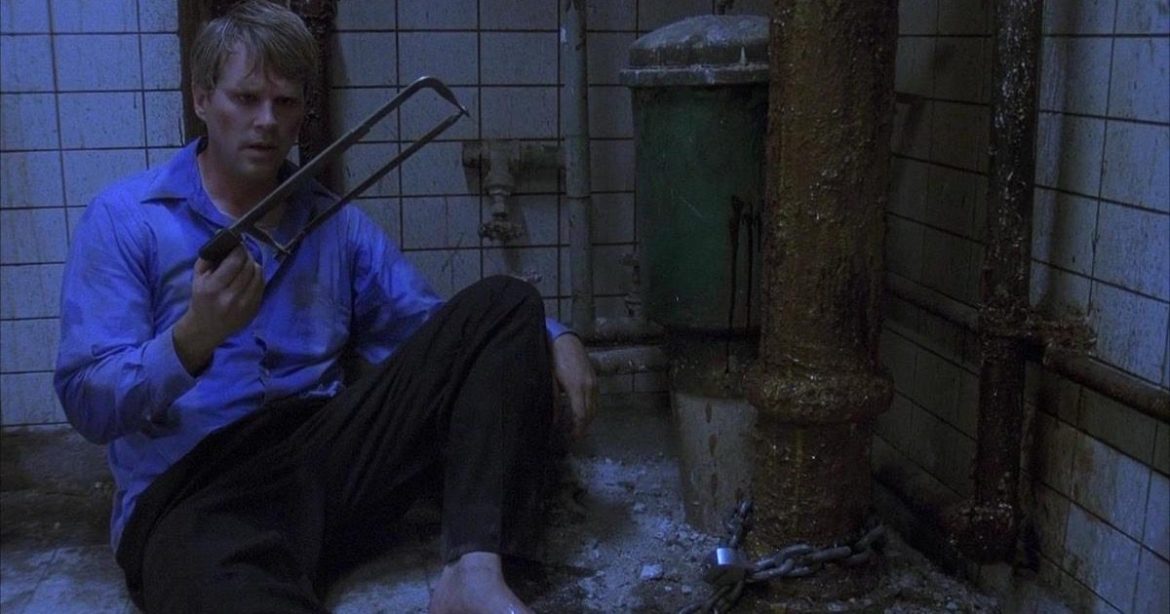 Saw 3D (also known as Saw VII or Saw: The Final Chapter) turns ten this Halloween, so what better time than now to look back at the franchise as a whole. Saw 3D was supposedly the final installment in the Saw series. Of course, as we figured at the time, but now know, this wasn’t the case. The quasi-reboot-prequel Jigsaw is already a distant memory, and Spiral: From the Book of Saw was meant to breathe new life into the franchise with none other than Chris Rock and Samuel L. Jackson in lead roles, but has been postponed until 2021.

I love Saw a ridiculous amount. It was one of the first horror franchises I really got into, and I eagerly waited for the next installment every Halloween. I have also made many friends victim to my love for Saw and force-fed them all the films so that I could watch them again for the first time through their eyes. But why did I love them? It’s certainly not the best horror franchise ever, and I’m actually very fearful of gore — you would think I might feel differently.

The idea that makes Saw intriguing in many ways is its villain, John Kramer (Tobin Bell), aka Jigsaw. He doesn’t kidnap and torture “without reason”; after his terminal cancer diagnosis, he wants others to take what they can out of life and show them it’s worth living. What better way to show this than making people torture themselves to survive?

So, do you want to play a game? Without further ado, I rated the Saw films from worst to best. Expect spoilers on ALL of the Saw films below.

Saw 3D is, without a doubt, the worst of what Saw has to offer. As the supposed final film in the franchise, it needed to wrap up many confusing storylines and plot details, but ultimately ended in shambles.

Doctor Gordon, played by Cary Elwes, who sawed off his own leg in the original Saw — making it both the reason the films are even called Saw and fuelling Saw‘s main PR point — finally returns to the franchise.

After the first Saw film, Doctor Gordon was nowhere to be seen. This was not a coincidence: Elwes filed a lawsuit against the original Saw production due to a dispute over his salary. These legal battles were finally over by the final movie, and the one-legged Doctor Gordon was back. We finally find out what happened to him after he crawled out of that bathroom and John Kramer shockingly revealed himself to be alive the entire film. Meant to be the biggest reveal out of all the movies, we find Doctor Gordon has been helping Kramer this entire time and, like many others, is grateful for the second chance at life Kramer gave him.

Doctor Gordon becoming Kramer’s accomplice was a tongue-in-cheek fan theory spread on IMDb discussion boards for a long time, and felt redundant by the time Saw 3D came out. Was it an exciting ending? Not really, it might have been if Doctor Gordon would have been painted as a prominent part of the series, but he isn’t even mentioned once between the first and last film. Jigsaw’s bathroom stunt was also in no way Kramer’s first time playing a game of its sort.

Saw 3D was a mess that hardly served the fans in any way, including an out-of-place dream sequence, a disappointing finish to the much-anticipated bear trap, and a trap taking place outdoors, which was problematic for too many reasons to list.

Jigsaw was always going to be a tricky film to get right: it came after we were promised there would never be another Saw movie ever again. It didn’t follow many of the storylines set up in the seven Saw movies already in existence; nevertheless, it’s pretty decent. While it didn’t add much to what we already knew, it also didn’t disturb the already confusing storylines in place. The film was also smart enough to include John Kramer in quite a creative way through the belated reveal of Jigsaw being a prequel to the original films. Besides the original, it is nice that this film can sort of stand on its own, whereas I don’t feel the other Saw sequels can. Even if it is mostly forgettable.

This film felt so unmemorable that I needed to look up what happened in it, even though I have recently rewatched the entire series.

My main complaint about Saw V was that it is less a Saw movie and more a cop drama. Agent Strahm is now aware of Hoffman’s loyalty to Kramer and therefore wants him locked up, while Hoffman wants to kill Strahm to shut him up. If it weren’t for the traps, it would have felt like more of an episode of CSI. There was too big a focus on these characters, and it doesn’t help that they might be two of the least interesting characters in any horror film ever. Also, there is far too much narration from both of them, clearly assuming the audience is as dumb as the plot.

The opening of Saw VI gave us Tanedra Howard, winner of Scream Queens, wherein actresses competed for a role in the newest Saw movie. Judges included no less than James Gunn and Shawnee Smith (who played Amanda in the earlier Saw films). While I seem to be the only person who watched this show, it did spark more of an interest in this Saw film for me, even though Howard only got to take part in the opening sequence (and another scene in Saw 3D).

Once again, Hoffman is doing whatever he can to not get caught. This time, the perpetrator is Kramer’s ex-wife, Jill (Betsy Russell). We also find out about a very messy plotline of how Hoffman blackmailed Amanda previously. The films definitely could have been wrapped up by movie four (although preferably movie three), rendering this installment more or less the same as the rest, but I was already too invested at this point. I still make myself watch every single film on each rewatch of the series.

Saw IV had a lot to live up to after Saw III. Original creators James Wan (director) and Leigh Whannell (writer and played Adam in the original Saw) wanted this to be a trilogy when producers approached them after the release of their short film, Saw. The new set of writers, Patrick Melton and Marcus Dunstan, and director Darren Lynn Bousman pulled off this sequel nicely. The decision to cross timelines between different movies was canny, and made the transition away from Wan and Whannell more comfortable to handle.

Kramer’s ex-wife Jill Kramer is also introduced in this film, an extra piece in the puzzle that is a high point in John Kramer’s backstory. We find the last piece of John’s hatred for “life wasters”, revealing a junkie caused Jill to lose their baby in his search for drugs.

This installment also announced Hoffman as Kramer’s additional companion, probably my least favorite turn of events. There were so many reveals of people who had helped Kramer that they weren’t interesting anymore. It was surprising in Saw II, and now merely annoying in an effort to keep the franchise afloat.

It isn’t easy deciding between the first three films — I liked them all. I had already seen House of 9 and Identity, so the concept of a group waking up locked in one location wasn’t exactly innovative in 2005 when Saw II released. But, the traps were original and disturbing (the needle pit and the wrist glass — ugh). As mentioned above, Saw II was also the first film to introduce others helping Jigsaw, and we got our first companion in Amanda who, with her haunting backstory, became one of my favorite characters of the franchise.

Saw was hugely original at the time. If you ask me, the film pretty much came up with the concept of escape rooms, although a bit deadlier than the real thing. (The current trend of Escape Room films has not been able to top the original Saw yet in any way, and I doubt it will.) Not only that, the supposedly dead Kramer getting up at the end of the film, pointing at the key that was in the bathtub all along while the recording plays, still gives me chills. The film finishes with a terrifying slam of the bathroom door that locks Adam in, and we hear those famous words repeated at the end of every film for the first time: “Game Over”.

Saw III at the time felt like it nearly crossed a line. Not because of a terribly gory trap, but by showing step-by-step brain surgery. While stomach-turning, this is where Saw really stepped away from just being a horror film with a scary villain. We already know that John is dying, but Saw III added a likeability to Kramer in a way that was isn’t common in horror franchises. Kramer had moments of kindness, and he reveals himself to be a fair man to his victims by giving them at least a chance to survive the grueling games he puts them through. He even shows his companion Amanda no mercy when she doesn’t have the same values as he does. It all leads to a very surprising ending, with John and Amanda dying along with pretty much every other character.

Saw is a great franchise, but went on for way too long. With creators leaving, lawsuits emerging, and the pressure to pop out a film each Halloween, there was no chance the quality would remain consistent. Still, the franchise continues. We are awaiting yet another Saw film, and I (and most likely a large number of the franchise’s fans) still watch all movies at least once every few years, so perhaps everyone involved has done something pretty special after all.

Thank you for reading! What are your thoughts on the Saw series? Comment down below!

Nailed it, Absolutely nailed it