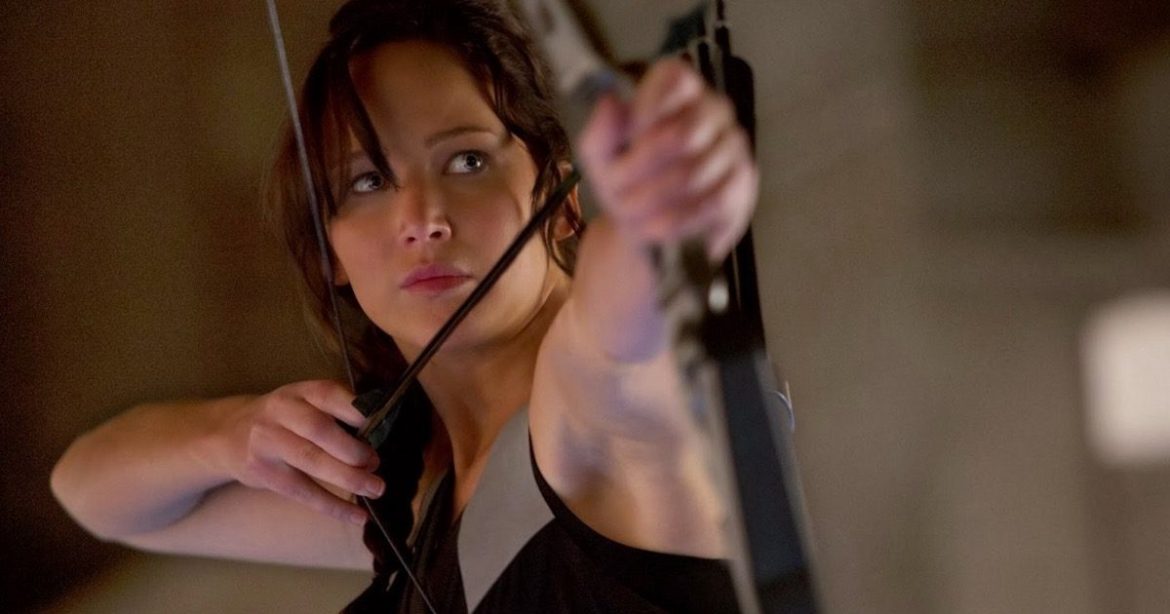 I felt a strange pull to rewatch the Hunger Games films these past few weeks. Whether it’s the stress of 2020 or just boredom, it ended up being a rewarding experience. To truly dive into the franchise after the hype of midnight premieres and fandom drama had died down is to truly experience the films for the first time.

As I expected, I loved each film about as much as when I watched them the first time. Of course, my viewing was more critical than previous viewings. That horrible fire CGI in The Hunger Games really leaped out at me. The beautiful setting for such a gruesome tale also struck me. There was good and bad in every movie — some more bad than good and vice versa.

I was never a fan of the finale being divided into two parts. It felt like the movie was just trying to fill up time. There was almost too much action included in this one, leaving Mockingjay – Part 2 to have that long, depressing epilogue to match Part 1’s runtime.

Part 1 did have its parts that I quite enjoyed, however. As much as the phrase “propos” drives me up the wall, I loved each of the propos that Katniss shot. It was the authentic character coming out and showing us why we fell in love with her in the first place (to basically reiterate what Haymitch says). Plus, I absolutely love Jennifer Lawrence’s singing in “The Hanging Tree.”

The actual rebellion was also amazing. Much of the best action in this film takes place without any main characters in it but rather with citizens of the districts rebelling. “If we burn, you burn with us” is the best quote from this entire film.

Other than that, though, there was a lot of pointless exposition and yearning, which is why Part 1 ranks so low on this list.

I rank Part 2 as slightly better than Part 1 simply because of how wild the last half hour is, but it was a pretty disappointing ending to what could have been a fantastic book adaptation.

One of my favorite scenes in all of the Hunger Games films is when Katniss walks down that long stretch of ground to execute President Snow with her signature bow and arrow. I love the complete surprise of Katniss choosing to kill President Coin instead and how shocking it is. Yes, I read the book and remembered the scene, but it was still so shocking. And then when President Snow is killed by the people, it’s simply the cherry on top.

This is where Part 2 loses its mojo. Instead of wrapping things up quickly, it spends another half hour on Katniss’s brooding and her eventual relationship with Peeta. As integral as it is to the story, I didn’t need to waste that much time on it. At that point, I didn’t even care about Peeta. In fact, the movie would have been great if Katniss never got married at all because that’s not what the movie was about. All I wanted was for Katniss to give Haymitch and hug and thank him for everything, and she did NOT. It’s the worst part of the movie if you ask me.

I love the introduction of new characters like Finnick and Johanna in this film. They meld so perfectly into the rest of the cast and the story that you instantly root for them. I also am a huge fan of the Games arena in Catching Fire. It’s such an original idea and has the morbidity we crave from this franchise.

My favorite part of this film has to be when Peeta tells the world that Katniss is pregnant (even though she isn’t). I just love how quick-witted that is and how it throws everything into complete chaos. Now, this is a Games! Plus, even though I didn’t necessarily care for Peeta and Katniss (or Gale and Katniss, for that matter), their relationship is kind of cute in this one. I could ship it…at times.

When this movie came out, it was amazing. Today, it is still amazing.

Even though the fire CGI looks like one of those plastic blowup flames, the suspense of this film is hard to beat. This is the film in which I love Katniss the most. Her motivations are so much easier to sympathize with and her character is so much easier to love. The Hunger Games is the film that throws you into this universe full-force. It’s a great introduction to our heroine and the person she is meant to become.

I love almost all of the filming choices in this movie. I love the use of the shaky cam and the beautiful forest scenery. The score and sound mixing is pure perfection. The dialogue is realistic. And the characters are so beautifully written.

Of course, the tying factor through all of these movies is Katniss. I must give props to Jennifer Lawrence here. Even though she is kind of cringe in real life, this has got to be her crowning achievement. There was no one better for this role and she is what made these movies so amazing.

Except for in the very last film when she drool-cries at her cat. Could’ve done without that.

Thank you for reading! What are your thoughts on The Hunger Games series? Comment down below!