Film Review – The Legacy of a Whitetail Deer Hunter (2018) 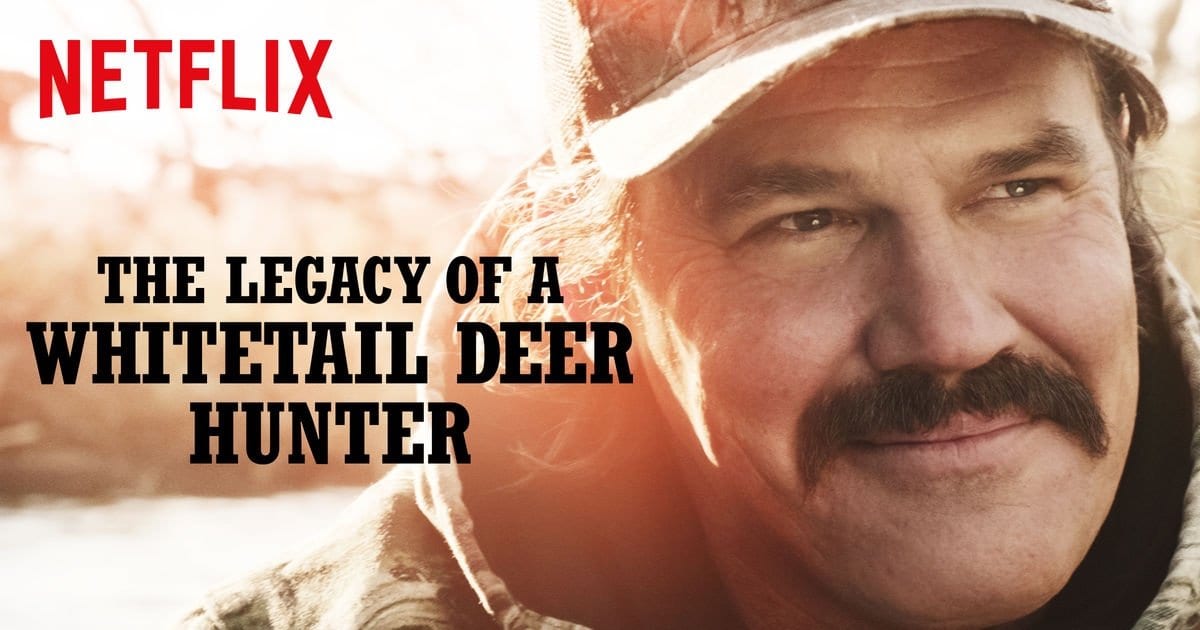 Many will have anticipated the release of this comedy/drama about an absent father trying to reconnect with his young son by passing down his love of the wilderness. The director and writing team, as well as headliner Josh Brolin, mean this movie lands on Netflix among the highest of expectations. But despite a flying start, and the help of funnyman Danny McBride, The Legacy of a Whitetail Deer Hunter misses its target.

The Legacy of a Whitetail Deer Hunter (2018) follows hunting video star Buck Ferguson (Josh Brolin), and his friend and cameraman Don (Danny McBride), as they head out on a hunting mission with Buck’s son Jaden (Montana Jordan). Buck and his wife are divorced and his plan for the trip is to reconnect with his son who has been spending more time with mom’s new boyfriend than with his dad. He and cameraman Don plan to film the trip for a special epic episode of their hunting show. Buck dreams of capturing on film the moment when Jaden shoots his first whitetail deer.

Buck’s notions of a father-son bonding trip are soon scuttled as it becomes clear Jaden is more interested in playing his guitar and talking to his girlfriend on the phone than stalking wildlife.

Right off the bat, this movie shows comedic promise. It opens with a series of clips from Buck’s hunting video series. When it comes to hunting videos, and the keen individuals who make them, there is so much potential for comedy gold and this movie mines some of that during the initial scenes. There is also plenty of material for laughs with Buck’s micro-managing of Don’s camera angles to ensure maximum drama from every scene.

Much of the film hinges on the obsessions of the macho outdoorsman character Buck. Buck is the sort of guy that would wear camo out to dinner. Brolin beefed up to play him and, wearing his hair longer and unkempt, he certainly fits the bill as a deer hunter. It’s Buck’s preoccupation with shooting the trophy stag and his dream that hunting will rescue his fading relationship with his son that pushes the story along.

When Jaden fails to muster much enthusiasm for the trip Buck becomes frustrated. It’s clear his motives are divided. He wants time with him but he’s also unwilling to sacrifice what he came for; the epic sequence for his show. Montana Jordan, in his first feature film, plays Jaden as a true to form tween boy, so much so that the character actually gets on your nerves. As an audience we are used to feeling sympathetic to kids but, in this case, it’s hard to at times.

Danny McBride puts in a good effort as the inappropriate and hapless sidekick. McBride and Director Jody Hill co-wrote the script along with John Carcieri and they are not new to working together. Notably, they’re the team that brought us the series Eastbound and Down which starred McBride. Fans of that show will likely be disappointed with this movie though. When it is funny, largely it’s because of a line from Don, but after the first 20 minutes, the laughs are sparse.

Brolin will probably be the drawcard for people to watch The Legacy of a Whitetail Deer Hunter (that title is way too long), he’s had a huge year, appearing in Deadpool 2, Avengers: Infinity War, and Sicario: Day of the Soldado. Unfortunately, while overall his performance is solid, his delivery lacks punch and a lot of the jokes don’t land. Having said that, the character of Buck is self-centered and irresponsible but Brolin manages to make him likeable. When you start watching, the film promises to be a rough around the edges comedy with plenty of bawdy laughs. I was chortling away on the couch thinking this is going to be fun. But, somewhere around the middle I just wasn’t sure what it was anymore. It takes a darker turn and what should be funny starts to feel uncomfortable. There’s a particular scene where Don shows some explicit photos to 12-year-old Jaden that really jars. Later, after a dramatic event, the movie becomes quite sentimental and it’s difficult to know whether we are to take it seriously at that point.

The dynamic of the ex-wife and the new boyfriend plays well for most of the movie. Soon-to-be stepdad Greg (Scoot McNairy) showers Jaden with over-the-top gifts to upstage his dad and mom (Carrie Coon) only just tolerates Buck being around. There’s a funny moment when Jaden compares Buck’s version of why they split up with what his mom had told him. However, a scene where Buck makes a drunken and angry phone call to his ex doesn’t seem to serve the plot and is frankly a bit creepy.

The premise of the hunting obsessed father trying to push the sport onto his son had real potential. A potty-mouthed wilderness farce about taking the son out to film shooting a deer also has promise. Or perhaps a heartfelt drama about a father and son struggling to connect. But with this movie it just doesn’t fully back itself to be any of those things.

Fans of Danny McBride will probably find enough here to make it worth a look but The Legacy of a Whitetail Deer Hunter is firmly not one to write home about.

Thanks for reading! What are your thoughts on The Legacy of a Whitetail Deer Hunter? Comment down below!

Despite the C+ rating you made me want to see it simply because your writing was so expressive. I liked reading the review.