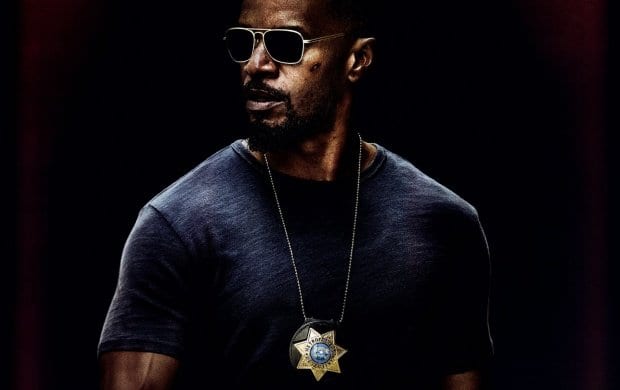 Movies released in January are typically properties that distribution companies are looking to bury because they worry that the product is subpar.  Sleepless is another example of this fate, as there were zero early screenings for critics to review the movie.  Be sure to leave your comments at the bottom of the page.  The following review will be spoiler free.

The film follows Foxx as an undercover cop named Vincent Downs that steals a large amount of cocaine from henchmen of Rob Novak (McNairy), who is obviously not happy about the situation.  The men working for Novak take Downs’ son as collateral to get the loot back, and Downs must work to get his son back and fight off other cops led by Monaghan that believe him to be a dirty cop working in organized crime.

Despite Sleepless appearing to hide itself from the public eye, I went into this movie with some expectations, albeit very tempered expectations.  The cast assembled for this movie is nothing to sneeze at.  Sleepless is full of professional actors such as Michelle Monaghan, David Harbour, and Scoot McNairy and has some very likable personalities such as Jamie Foxx, T.I., and even Gabrielle Union.  Not that a great movie is built on plopping known actors on screen and just rolling the camera, but it’s most certainly not a detriment.

However, from the trailers and TV spots, Sleepless appeared to be the most generic action movie of the year.  You get shades of Taken mixed with every single movie ever made that has less than ideal cops who don’t follow all the rules.  We looked to be getting a plain villain who tries to appear menacing by quick acts of violence against others.  Nothing new appeared to be included in Sleepless. After spending 95 minutes in the theater, I will say that Sleepless is very generic like I assumed, but that doesn’t mean that the film is not redeemable in some instances.

I was very happy to see that none of the actors seemed to be phoning it in and giving limited effort.  Each actor did as much as they could with the part they were given.  A special shoutout goes to Michelle Monaghan as a cop who has recently made some mistakes on the job is trying to make up for it by tracking down Foxx’s character.  She acts very tough without seeming clichéd or annoying.  She even held her own in some hand to hand combat scenes.

The chaotic nature of the film taking place in one night also made for some fun moments of hectic action.  It can be really fun to see a course of events in which the characters have to react very quickly without having much time to think everything through effectively.  The characters of Sleepless make some pretty stupid decisions (some of which are just absolutely ridiculous and I can’t find a way to spin it so that it makes some sort of sense), but the story is moving by so quickly at times that you can let some decisions slip by. 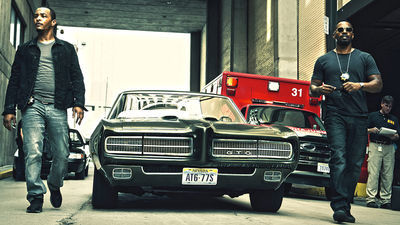 However, these facts to do not help Sleepless escape from multiple plot points in the movie that are just highly illogical and even a little annoying.  The film tries to be cute with some twists and turns, but they are not the genesis of any plot point earlier in the film and leave you shouting out in confusion.  A lot of the actions by our main villain Rob Novak are just plain dumb.  He doesn’t want to get caught by the police, so he proceeds to torture a man in the middle of a baseball stadium and then open fire on people in a casino filled with cops (Huh?).  I’m not one to condone improper behavior, but if you happened to indulge in some adult beverages before viewing Sleepless, then you might love it because you’re incapable to think about it too hard. Moreover, like I mentioned earlier, Sleepless is a little more generic than it wants you to think it is.  I do appreciate that the entire film wasn’t Jamie Foxx on a revenge rampage to get his son back (it’s definitely a smaller portion of the film than you think it would be), but as the story progresses, there were legitimately tens of times where I correctly guessed what was going to happen to the characters.  It’s difficult to get totally invested in a film that is so easily played out in your mind before the actions coalesce on screen.

To conclude, Sleepless is definitely better than you think it is, but not good enough where I would urge you to rush out to the theaters and spend your hard-earned money.  Sleepless receives a C.  I envision this film being perfectly acceptable to watch on cable on a rainy day where not much is going on.  You definitely won’t hate yourself for watching this movie like you would with other January releases. 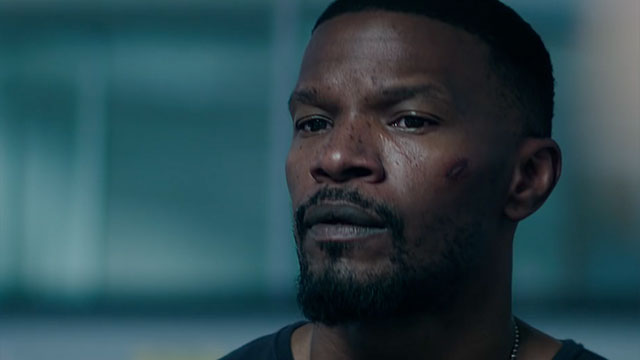 Thanks so much for reading!  Have you seen Sleepless?  Comment with any of your thoughts down below!

I really enjoyed watching this movie. It was quite predictable though- a few mins in and I knew that Bryant’s partner was a double agent. It wasn’t fully unpredictable though as I really believed that Vincent was a bad cop from the start only to discover that he was undercover – that was a good twist for me.

In as much as I thought that Vincent was a bad cop, I was on his side because of his son being held hostage (and
of course cos i love Jamie Fox) so I found Bryant quite annoying at the point where she was foiling his plans.

It’s certainly a lot better than most January releases that past few years!

I feel like it starts off reasonably. It’s never original but in the first half it is still engaging, it’s the second half that becomes a chore for me

Sort of similar to my reasoning!

An exciting thriller, and the action was non-stop! I was glued to my seat. Quite different than the super-boring Live by Night, one of the leftovers from last year whose audience quietly slept through it.

There’s definitely fun to be had with it! It reminded me of a throwback to an 80s action movie!

Yep, thought the same and graded the same. Not a theater watch, but a little fun, ultimately average.