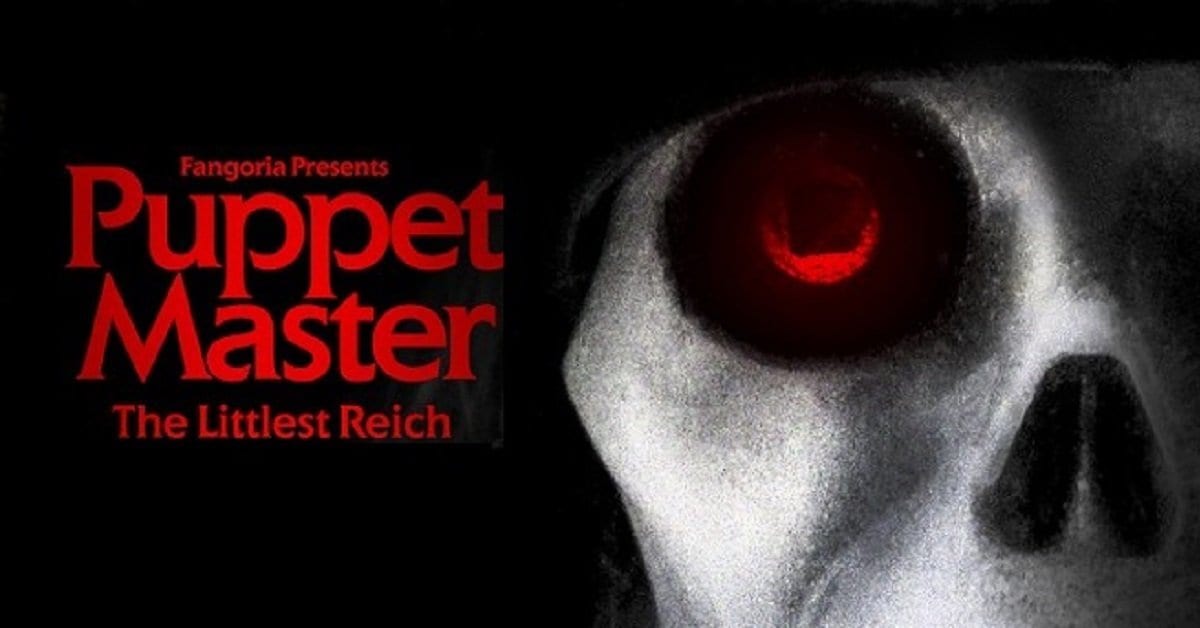 While most people anticipate the next Marvel blockbuster, I anxiously awaited the release of Fangoria’s Puppet Master. This reboot was penned by S. Craig Zahler, and one of the biggest changes is the nefarious puppets are full-blown Nazis! Although to be fair, the Puppet Master sequels previous to this one also had a Nazi theme, so this might be a nod tor Puppet Master aficionados out there.

My excitement for this upcoming installment had little to do with being a Puppet Master fanatic. I was excited for the people involved in the project. The literary presence of Zahler notwithstanding — who I consider one of the most exciting filmmakers working currently — the film boasted a supporting cast of genre darlings. From Barbara Crampton and Michael Paré, to Udo Kier as André Toulon — there is never too much Udo Kier! It also had an unconventional lead in the form of Thomas Lennon, an underrated comic actor who (lucky for us) doesn’t consider himself to be above Nazi puppets.

Best of all, the films features ridiculously inventive, gory kills through the art of practical effects. Birth. Movies. Death called this film ”the craziest goddamn movie of 2018.” But does it live up to the hype?

Written By: S. Craig Zahler (Based on characters created by Charles Band)

The film opens in Postville, Texas in the year 1989. A bartender (Victoria Hande) and her lover (Ashley M. Kalfas) encounter an insidious European stranger named André Toulon (Kier).  When Toulon becomes aware of the romantic and sexual relationship between the two women, his disgust prompts him to send two of his (literal) puppet minions, whom he controls through some mysterious dark arts, to murder them. This murder leads the police to his domicile and this encounter leads to his apparent death.

We then jump to Dallas, in the present day with recently divorced comic-book artist Edgar (Thomas Lennon) whose moving back to his parents. After discovering an insidious looking puppet in his departed brother’s room, he realizes that this used to belong to the famed serial-killer Toulon. Edgar decides to sell it in an upcoming convention which morbidly commiserates the crimes of Toulon.

He travels there with his new love-interest Ashley (Jenny Pellicer) and best friend Markowitz (Nelson Franklin) to the Ambassador Hotel, where the convention is supposed to take place. Soon enough, all the puppets the visitors have taken with them for the auction start to come alive and raise glorious bloody hell. 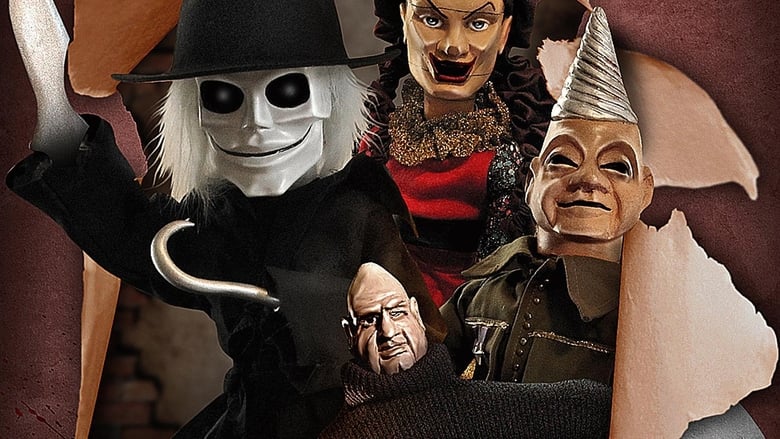 If you’re not a hardcore horror geek, you probably have never heard of the Puppet Master franchise, which currently has, including this installment, thirteen films in its name (if you count the crossover with Demonic Toys). The original film came out in 1989, directed by Charles Band, who involved himself in most of the film’s consecutive sequels.

The film is about animated puppets coming to life by puppeteer André Toulon through the use of Egyptian black magic. Each of these puppets have their idiosyncratic weapon of choice, which they use against any unsuspecting victim. Though some of the sequels are well-regarded, the later sequels are famous for their incredibly cheapness, such as using a lot of stock-footage from previous films to fill up the screen-time.

The puppets have become anti-heroes in their later films and these puppets even crossed over with the Demonic Toys characters at one point — the original film of which was also produced by Charles Band.

The Puppet Master franchise never managed to reach mainstream popularity in comparison to say A Nightmare on Elm Street or the Child’s Play series, but it has garnered a loyal cult-following — who apparently vehemently complained about the reboots new designs on their favorite puppet characters. 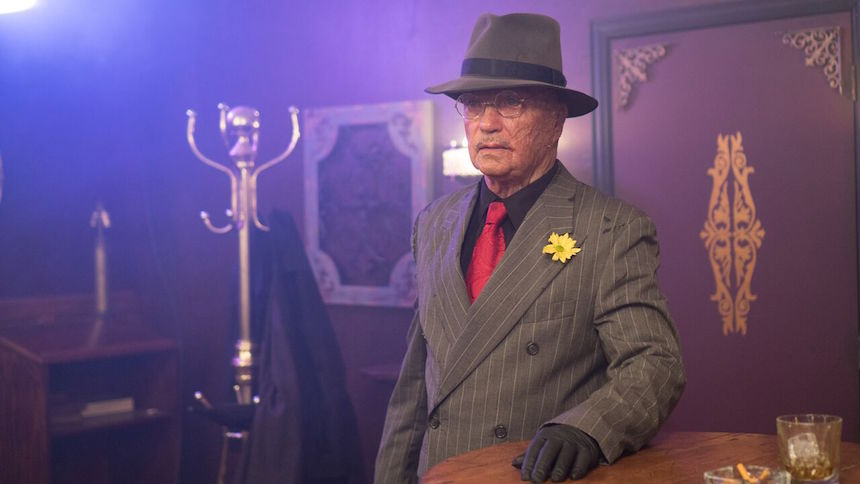 One of S. Craig Zahler’s great literary talent is characterization. Every character in both his directorial debut Bone Tomahawk and his follow-up Brawl in Cell Block 99, feels like they are part of a larger universe, as if they are living their own story. Every character has a history about them and are well-defined. You get to know everything about them, no matter how short their running time. While Zahler hasn’t directed this one, the quality of his writing can be seen on the screen.

While most of the characters in Puppet Master: The Littlest Reich are just present to be gruesomely killed off, every one of them seems intriguing in their own way. The main cast itself does a fantastic job. Thomas Lennon is incredibly likable and it’s nice to see him in a leading role, since he’s usually in a comedic supporting role. Lennon uses his deadpan delivery style for an assortment of laughs but he gets enough of an opportunity to show of his dramatic chops as well. Lennon has nice chemistry with Jenny Pellicer’s character, who also kicks enough ass in the film and never becomes just another damsel-in-distress.

Barbara Crampton, who had a cameo in the original Puppet Master film, gets a nice supporting role as a tough no-nonsense retired cop who shot down Toulon in the past and must now face off against his evil again. While Michael Paré character as a skeptical detective at first seems like the standard douche who is begging to be killed, his character gets a lot more heart during the course of the film.

Udo Kier plays a different André Toulon than in the original version. While the Toulon from the original films was sympathetic, showing care and love for his puppets and being a vehement anti-fascist, this Toulon is a monstrous deformed Nazi who sends out his puppets to murder anyone he considers genetically ‘inferior’. Either case, Kier, despite his limited screen-time, is a joy to watch as usual.

But the real show-stealer is Skeeta Jenkins as the friendly bartender who refers himself as Cuddly Bear. Without spoiling anything, his character simply gets a few of the greatest lines in the film as well as arguably the most touching scene of the film.

There are many more interesting characters who deserve a mention, as each of them get a chance to shine — sometimes merely in gloriously gory fashion.

A Great Score By Fabio Frizzi 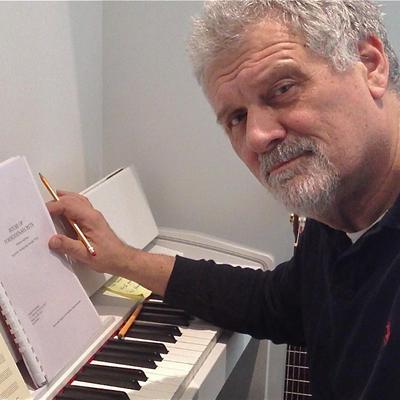 Any gorehound or genre fan should be familiar with the name Fabio Frizzi, who was the original composer for Lucio Fulci‘s classics such as Zombi 2 (also known as Zombie Flesh-eaters or simply Zombie), The Beyond (also known as Seven Doors of Death or The Ghost Town of Zombies) and City of the Living Dead (also known as The Gates of Hell).

His musical presence in Puppet Master: The Littlest Reich really elevates the film. The score could have easily been forgettable, but thanks to Frizzi, the film has added suspense and atmosphere. It especially works wonderful during the murder sequences, as the music builds up to a gruesome crescendo. The fact that he’s involved in this film immediately gives this film a greater legitimacy in the pantheon of genre cinema.

The rebooted version of Torch. Image via Rogerebert.com

As a fan of practical effects, Puppet Master: The Littlest Reich was a joy from beginning to end. This film is a labor of love to the Lucio Fulci’s gorefest of yesterday. The effects, which were supervised by Tate Steinseik, are mostly all practical. We don’t get see CGI puppets slashing people’s throats with CGI blood spewing from their veins. Nope. These puppets are as advertised, coming to life through invisible rods and wires (which, granted, was probably done through CG), with camera trickery to hide the ‘puppet master’ with excessive blood pouring through latex prosthetics. It all looks beautifully disgusting.

It also features probably the best decapitation scene in the last decade. It has to be seen to be believed. 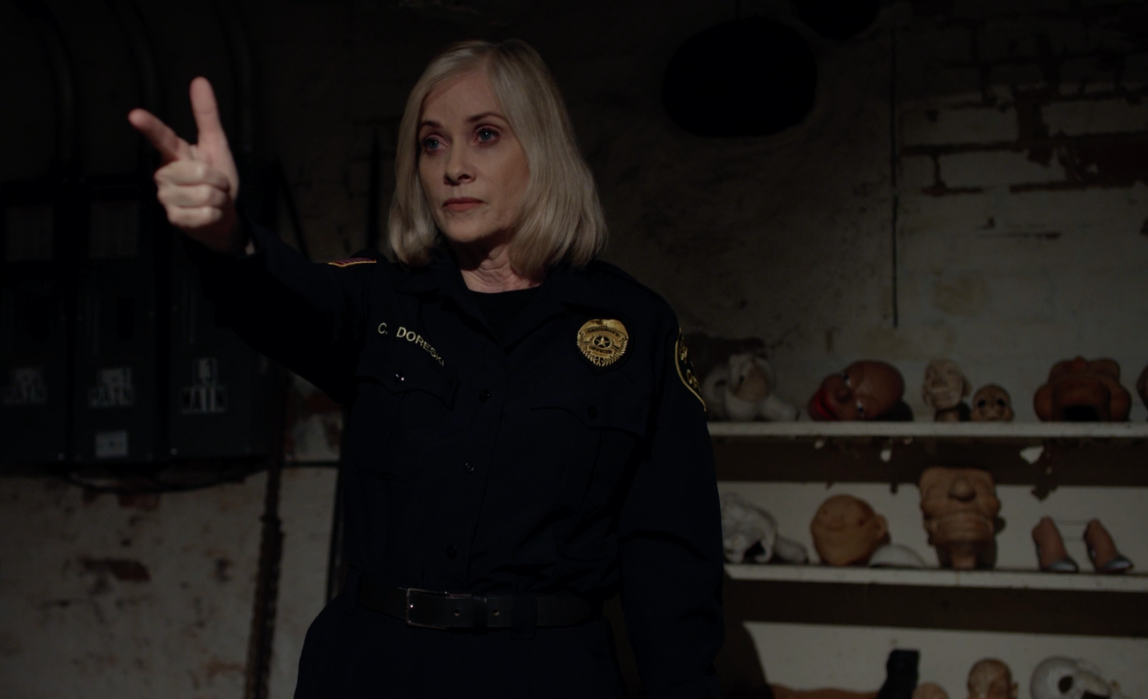 The film is undoubtedly going to be an acquired taste. Many modern sensitive viewers will undoubtedly be offended, especially since the murderous puppets are targeting minorities. But there’s a beating heart through the bloodshed too.

Characters mourn the death of their loved ones. One character, who suspects he won’t make it through the night, calls up a loved one, giving his last loving request. Characters who might seem there for comic relief, act heroically, risking their lives to try to save others. While some characters might seem like stereotypes on the surface, we are never encouraged to laugh at their cultural or sexual identity.

Since we have been seeing a disturbing rise of extreme right-wing sentiment of lately, the film does make plenty of references of the horrific evils committed by the Nazis. The film refers to these murders as hate crimes, with the never-ending bigotry being the true villain.

The only drawback of the film is the film’s finale which ends rather suddenly. Though it opens itself up to a sequel, a prospect I welcome with open arms,  I do wish it had a more exciting finale — though it’s hard to top the insanity that preceded it.

But to be honest, I was too satisfied by this point to consider this a serious issue.

Puppet Master: The Littlest Reich is a joyful piece of deranged cinema and everything I wanted it to be.  If you’re a fan of grindhouse cinema, practical gore effects or the works of S. Craig Zahler, you owe it to yourself to see this film. Many people might not get it, but for those who do, they know they have an instant classic on their hands. 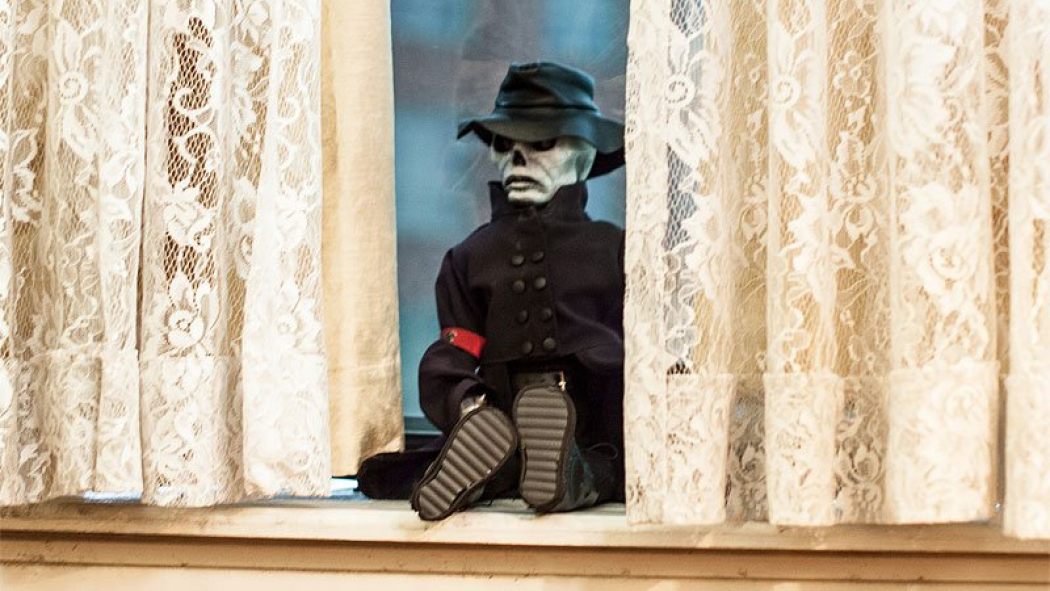 The rebooted version of Blade. Image via Birth.Movies.Death.

Thank you for reading! What are you thoughts on Puppet Master: The Littlest Reich? Comment down below!

[…] rest of the humor relies on gory shock value. Admittedly there’s the occasional good kill — one involving a grenade being a highlight […]

[…] George Wendt, and David Patrick Kelly. The trailer featured neon-laced cinematography and promised gore-fueled mayhem — the last shot was of a grimacing William Sadler wielding a chainsaw. I had […]

Soooo glad to hear you enjoyed it. Plan to see it today/tomorrow.

The Halloween Franchise: From Worst to Best Part...