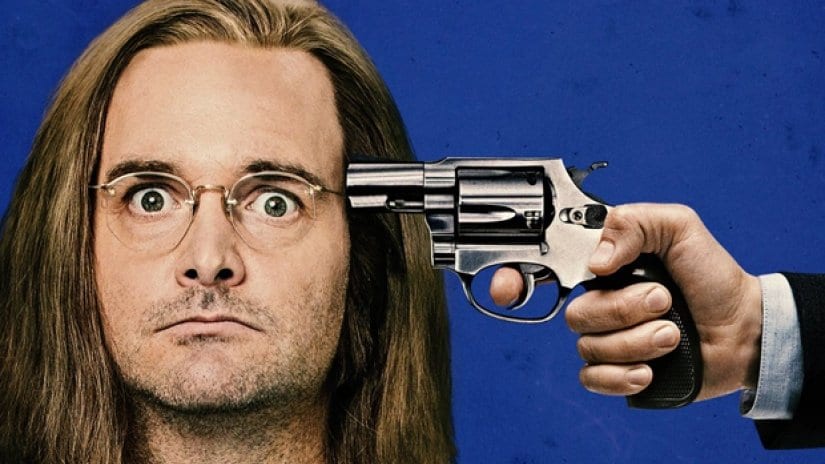 National Lampoon was a game-changer in the world of comedy.  It pushed the boundaries of what could be satirized, leading to pushback from all kinds of sources.  At the center of it all was Douglas Kenney, a Harvard man who just wanted to tell jokes.  A Futile and Stupid Gesture hopes to properly tell his story.  The following review will be spoiler free. 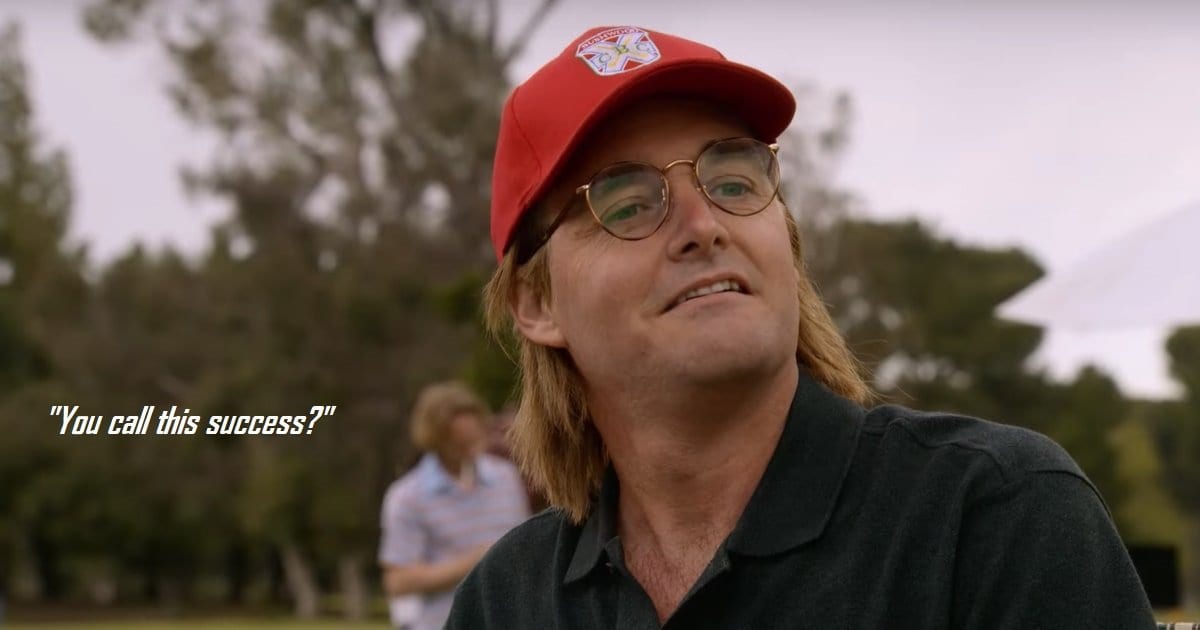 Upon graduating from Harvard, Douglas Kenney (Forte) didn’t have a plan in place for a career.  With pressure mounting from his parents, Kenney decided to make his own career path.  As a lover of comedy, Kenney and his friend Henry (Gleeson) went into business together to form a comedic magazine known as the National Lampoon.

Douglas and Henry always pushed the issue with the magazine, getting complaints from every group known to man.  But, that never stopped the duo (especially Kenney), leading to more successful (and destructive) ventures down the road.

Based on the book of the same name, A Futile and Stupid Gesture was probably long overdue for the big screen treatment (or at least whatever screen that you use to stream Netflix).

For those that aren’t aware, National Lampoon is one of the most influential sources of American parody and comedy.  Although it began as a magazine, the minds behind it were so talented that they branched off of it into all kinds of media.  It was responsible in one way or another for some of the most acclaimed comedies of all-time like Animal House, Caddyshack, the Vacation series, Ghostbusters, and so much more.  Some of the best comedic minds in the history of cinema like Chevy Chase, Bill Murray, Harold Ramis, John Belushi, and others even got their start with National Lampoon in some manner. Zany, Meta Direction Keeps A Futile and Stupid Gesture Fun at Every Turn

In the best way possible, A Futile and Stupid Gesture has a style that is truly bizarre.  Using Martin Mull as a modern-day stand-in for Douglas Kenney, we get a quasi-firsthand retelling from Kenney himself as he details the trials of building an empire from the ground up.  Not only does Mull add a welcomed sense of energy and unhinged hilarity to the story, his presence in the film becomes more meta by the second.  The camera will pan to Mull in the corner of the screen as chaos occurs behind him.  This movement allows for greater discussion on the situation that also leads to silly interactions between Mull and ancillary characters within the film itself.

A Futile and Stupid Gesture continues its nutty exterior by using extended, heightened sequences that explain a character’s inner thoughts and even tells important elements of the story via animated comic strips.  The constant barrage of different storytelling techniques may become nauseating to some, but it’s a welcomed change to the biopic formula that uses bland voice over to get the story from A to B then B to C.  Most films that use voice over are subject to constant exposition dumps that weigh down the film.  Like it or not, A Futile and Stupid Gesture continues to switch things up — leading to an entertaining experience on some level. image via a futile and stupid gesture

Like National Lampoon itself, A Futile and Stupid Gesture is often crass and unapologetic.  The film’s humor is often sophomoric and even a tad sexist.  Clearly that shouldn’t fly in a normal scenario, but when told through the boyish charm of Will Forte, it surprisingly works.  Forte is pretty hilarious as Douglas Kenney as he looks for any opportunity to tell a joke.  His character essentially boils down to a heightened version of himself, but the movie is smart enough to reference that fact.

National Lampoon was a source of inspiration for many of today’s comedic minds — that reality is evident by the sprawling cast of funny people who populate A Futile and Stupid Gesture.  Many big names make quick cameos as a way of honoring the legacy of Douglas Kenney and what he created.  Many other notables take the opportunity to act insane, adding to the absurdist humor of it all. 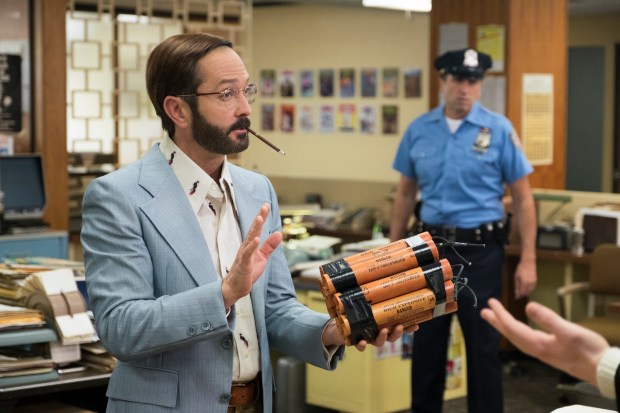 A Futile and Stupid Gesture is definitely entertaining (and worth watching in my opinion) but it ultimately comes off as a light, fluffy version of the true story.  Douglas Kenney’s rise and fall is objectively a tragic story.  However, the film never applies the necessary weight to his character and story.  As a result, the film doesn’t feel as important and necessary as it should.

There’s a lot of comedy involved in the film, but everything can be reduced to a bunch of funny people wearing bad wigs.  There isn’t much depth to any of the characters.  As the viewer, you won’t feel any attachment to the film beyond whatever laughs it creates.  By the end of the story, you should care more about Douglas Kenney.  Unfortunately, you’re left waiting to see the next impression of a famous comedic star.

A Futile and Stupid Gesture is more concerned with paying homage to classic elements of this story that it never approaches dramatic heft.  Even worse, the elements for a dramatic story are clearly there.  You have a strained friendship, a destructive intellectual, and a tragic end.  The movie could have easily switched from comedy to drama given those elements.  But, the film never comes close to an attempt.

You will consistently laugh at the well-timed humor, but the movie ends up feeling like a greatest hits album from a band that doesn’t have enough songs to warrant one.  It’s fleeting, occasionally great, and immediately forgetful.  There’s much more to this story that would have made for a fascinating tale. 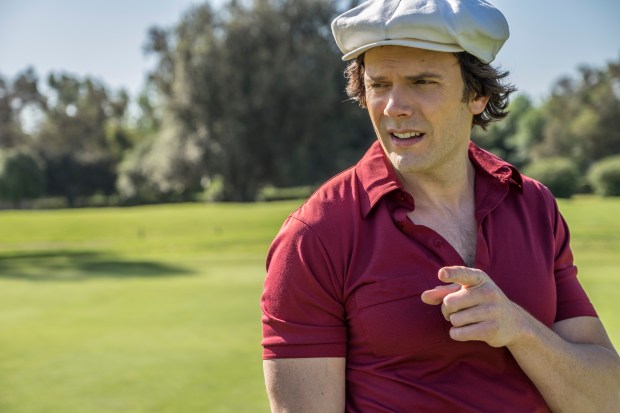 A Futile and Stupid Gesture is consistently entertaining, living up to its title by showing a ridiculous and often colorful look into Douglas Kenney’s rise as a comedic mind.  Like the magazine itself, there are no rules to the style of the film.  The film constantly changes its storyline as a result and gets more meta by the second.

Thanks for reading!  What are your thoughts on A Futile and Stupid Gesture?  Comment down below!

The Lost World of Valkenvania: Celebrating Dan Aykroyd's 'Nothing but Trouble' | MovieBabble February 23, 2021 - 9:42 am

[…] the film, or have forgotten it completely, here is a short synopsis for some context: Chris Thorne (Chevy Chase), a financial publisher, is asked by a high-priced lawyer, Diane (Demi Moore) to drive her to meet […]

For my money, nothing beats the National Lampoon magazine for brilliant parody. (I’ll never forget poor Fat Elvis on the cover on the cover of one issue.)

I think my favorite is still the famous dog cover!