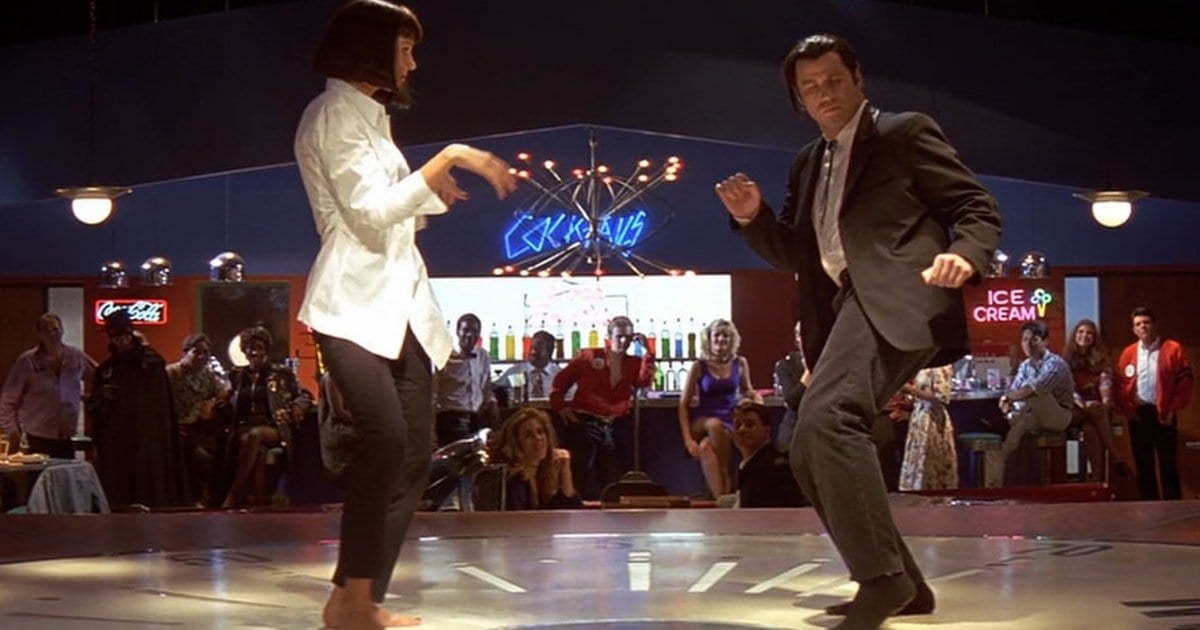 My favorite movie dance moment is “Time of my Life” from Dirty Dancing. I have watched it at least a 100 million times, and I am not even being hyperbolic. From Johnny’s iconic line “Nobody puts baby in a corner” to his speech, all the way until the dance and even the moments after, it is simply fantastic. But Dirty Dancing is a dance movie. You go into a movie titled as such expecting dancing. This list is about unexpected dance moments that are so good, you still go back to visit them long after the movie is done.

This is such a fun, quirky movie that doesn’t take itself so seriously. The premise of the movie is definitely relatable. We all know the pressure of high school reunions, and the need to impress, especially if high school wasn’t a very fun time. I do like the symbolism at play in the scene. Before, Romy and Michelle are wearing black because they want to come across as serious business women.

In the dance scene, they are wearing clothes they designed and made together, clothes that are bright and colorful, fashion that suits them and who they are. The dance scene to Cyndi Lauper’s “Time After Time” is so awkward and strange, much like the two of them. Every time this movie is on cable, I stick around just to watch the dance scene.

This movie is one of the best romantic comedies of all time. I will fight anyone who disagrees. Firstly, Jennifer Garner just kills it in this role, which is so unexpected given the intense roles she usually takes on (think Alias). She is so girlish and innocent, and really channels the mannerisms of a 13-year-old. Secondly, it has Mark Ruffalo, who is also such an unexpected choice but works so well as a romantic lead (as we also see in Just like Heaven). 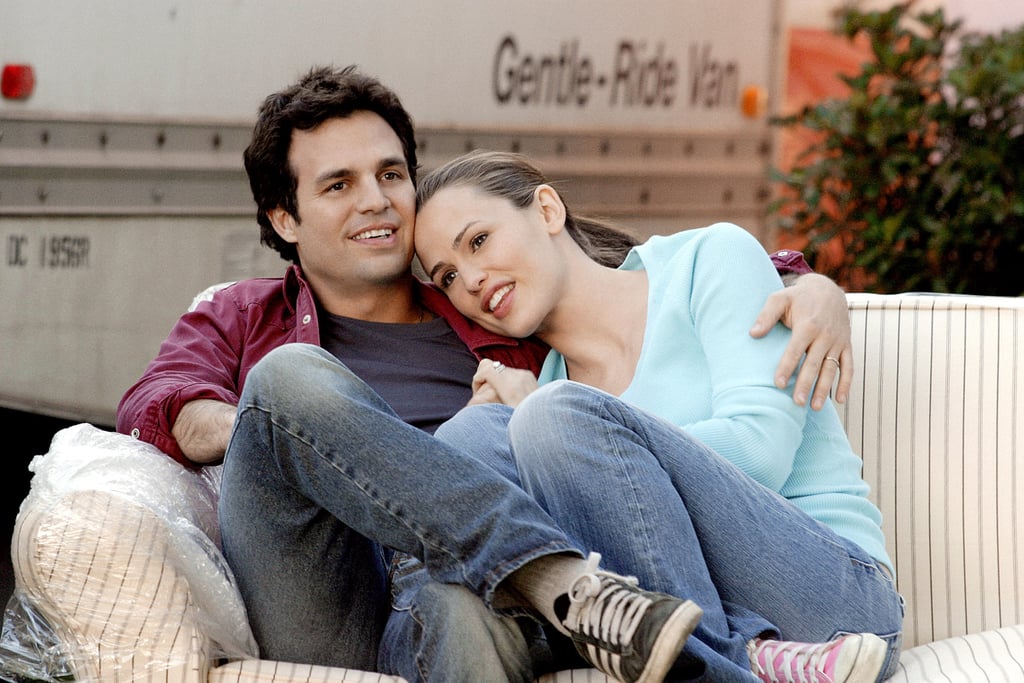 It is a movie that shows us what’s important in life, things like friendship, family, love, and how our careers and obsession with ambition can derail us from seeing this. Seeing the both of them dance the thriller scene made me wonder what I did with my childhood, and why there wasn’t more choreographed dance moves in it. 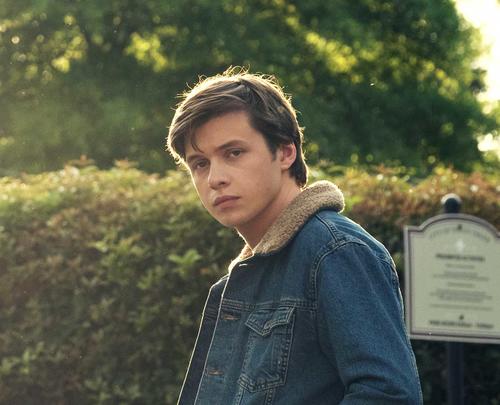 I love the dance scene in Love, Simon because it plays with the idea of stereotypes, and proceeds to dismantle them. What begins the whole dance scene is Simon saying that he will be proudly gay in college, to make up for all the times he hid who is. We are given images of a loudly decorated wall, with Simon himself donning bright colors that serve as a visual means to highlight his sexuality. We are shown how gay culture is perceived, even by Simon himself, because he is not sure how he has to be. Later on, when he Googles gay fashion, and tries to rock a V-neck, he goes back to wearing what he has always worn, because he realizes that he doesn’t need to be anyone but himself.

For me, watching a movie in the cinema is a social experience. I know some friends who like going by themselves, and that’s okay, I just like going with people. So, when I recall a movie, I remember the people I saw it with as well. This particular movie carries a painful memory because I asked a guy I liked to go watch it with me, and he asked a mutual friend of ours to come along as well. Ouch right? 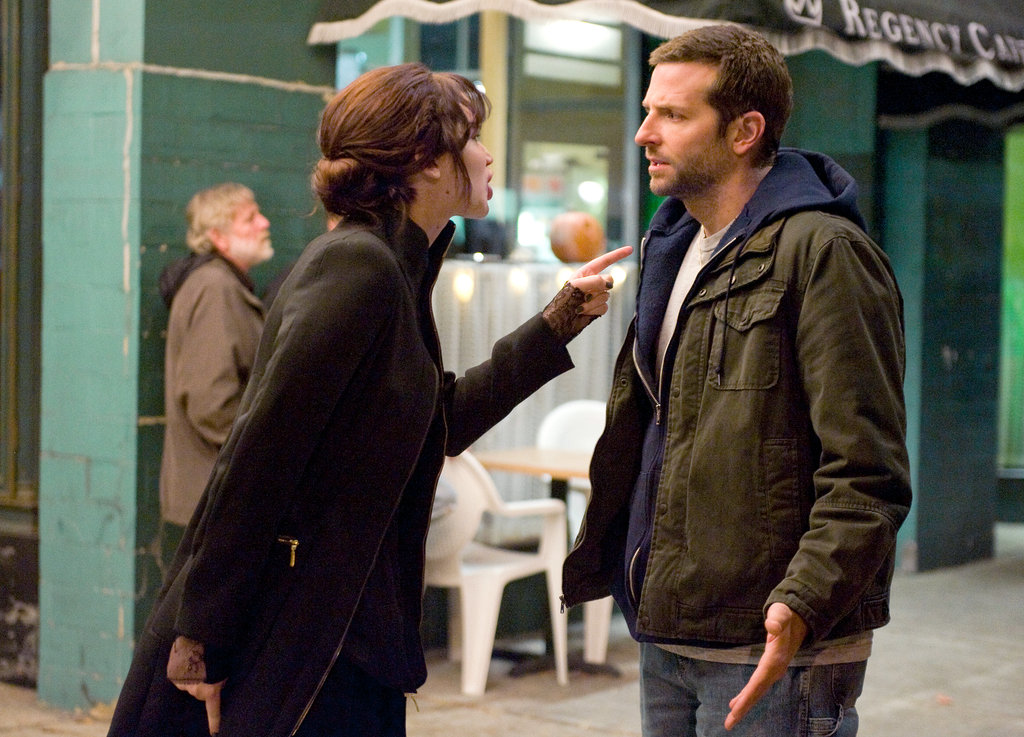 Still, it didn’t deter me from enjoying the movie, especially when said the movie is adapted from a book by Matthew Quick, who is one of my favorite authors. It is a movie that explores depression and mental illness, but is never didactic or overwrought in its treatment of the subject matter. The dance is my absolute favourite part of the movie. The close-up shots of their facial expressions, the changing music, the chemistry, the awkward but oh so cute dancing — so messy and incoherent and yet, it works.

Blast from the Past

Brendan Fraser was such a dreamboat in the late 90s. It is a rare thing to be both funny as well as sexy in a role, yet Fraser did that effortlessly. Blast from the Past might not be one of the better movies he has done, but that dance scene was LIT. Initially Fraser’s character comes across as an awkward, geekish man. We can only gape in disbelief when he transforms to quite the dancer, not to mention skilfully smooth with the ladies as well. Having watched School Ties recently, I realized that he dances in that as well, proving that he has always had the moves.

Guardians of the Galaxy

In recent months, Chris Pratt has become something of a maverick in the Hollywood scene. When accepting his Generation award during the MTV Movie Awards, he spoke about God’s love to the people of Hollywood. The only reason why a generally god-apathetic group would stand for this is because of how likeable Chris Pratt is. This charisma is something he brings to most of his roles, which is why the dance scene works. The music that Quill (Chris Pratt’s character) sings while dancing is also the last song on the mixed tape his mom gave him. The symbolism of the song “Ooh Child” by The Five Stairsteps definitely has relevance when we see all the guardians working together at the end, becoming the family Quill has always been seeking.

The greatest takeaway from this iconic scene is what everyone saw while watching it. Roger Ebert in his review said that the dance scene reminded him of the Travolta he saw in Saturday Night Fever, and whether it was Tarantino’s intention for people to come to the same conclusion. Tarantino’s response (not directly to Ebert but to questions on the scene in general) is that he copied it from another film, Fellini’s 8 1/2.

This brings to mind the recent controversy involving The Shape of Water, where Del Toro has been accused of plagiarism for the dance scene in his movie. It does beg the question, when is it is paying homage to an older style of dance, and when is it plagiarism? I will leave it to you to decide.

What I love about this movie (besides the ‘vote for Pedro’ line) is how much it celebrates the outsider. We have a protagonist who is weird and dorky, his immigrant friend who runs for student body president against the popular kids, and the girl whom he likes is so adorably awkward and just owns who she is. What many of us might not know is that the movie started out as a short film, with the decision to shoot a full feature after the film’s successful showing at the Slamdance Film Festival in 2003. The selection of Jamiroquai’s “Canned Heat” was a completely random thing. The song just happened to be playing when they were shooting the scene for the short, and now, we have a dance we will never forget.

When I was younger, I was a geekish tom boy, always with my nose in a book and glasses that were way too thick. I never participated in anything that wasn’t academic, because I felt I wasn’t pretty or charismatic enough. It is so refreshing to see a little girl like Olive, so comfortable in her skin, and so adorable. The dance is subversive as well, challenging the foundation of these beauty contests, which is a space that is not for little kids but rather little kids playing dress up. I like how the entire family joins in, cementing their misfit family status but at the same time, a family who will always be there for one another.

Oscar Isaac, Sonoya Mizuno and Alex Garland have got quite a good thing going, the three having recently worked together for the movie Annihilation. They first came together for Ex Machina, a film that is really a few hours long Turing test, with Oscar Isaac as the mad but genius creator, and Mizuno playing an A.I that he created. The dance gives us insight into his character. In contrast to the protagonist, played by Domhnall Gleeson, he never empathizes with the A.I. He creates them as a way to manifest his hubris and god-like desires, their bodies under his control and subject to his needs. Besides the thematic relevance, it is a fantastic dance to watch. My only qualm is that it is too short.

Thank you for reading! What are you thoughts on these dance scenes? Any more to suggest? Comment down below!

I love it when Pat and Tiffany lose their collective $hit for getting a 5.0 score in Silver Linings Playbook, lol! Oh, here’s another great (and creepy) dance scene in a non-dance movie:

Love it! Completely forgot about that. James McAvoy can do no wrong in my book. If you are a fan of the Split universe, do check this out: https://moviebabble971852905.wpcomstaging.com/2018/07/22/5-reasons-why-the-new-glass-trailer-has-left-me-feeling-far-from-glassy-eyed/

Oh, I’m all over it! Ever since I watched Split and realized it was an origin story for a supervillain in the Unbreakable universe, I have been chomping at this bit for Glass to come out!

I completely forgot about the Napoleon Dynamite dance lol I have fond memories of that one. Awesome article!

i kept scrolling thinking “Ex Machina better be on here,” and was pleased to see at the end! :P But some great picks besides that one too of course- I always cry at that dance scene in Little Miss Sunshine. Great post!

Haha Ex Machina was at the end because it is the best, in my humble opinion of course. Thanks so much for reading :)

Great List! Was fun watching through some of those again. Next up should be cringe worthy dance numbers in film. Can start with Spiderman 3. haha

Oh noooooo!!!! Not that dance scene!

Oh my! Poor Tobey, I get second hand embarrassment from watching him do this. Definitely memorable though hahaha

Five stars out of five for this one–loved it!

Thank you! Glad you enjoyed it )