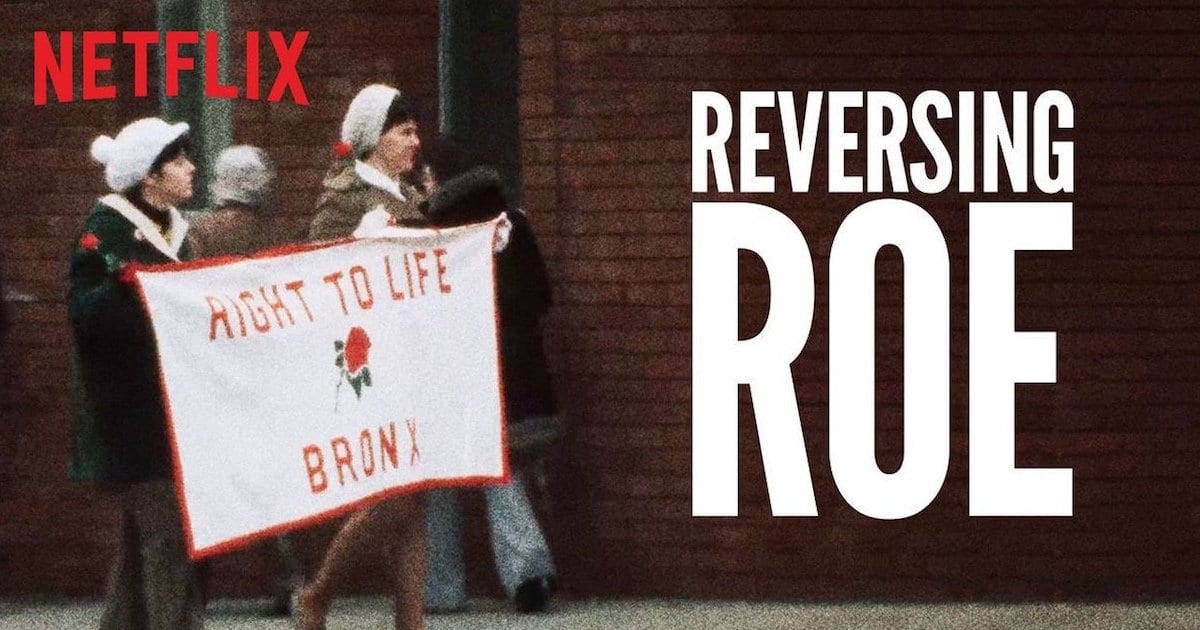 Many Americans cringe when they hear abortion mentioned, because they know the discussion could get ugly. Even those with the same overall stance can disagree on certain aspects. Amazingly, Netflix’s new documentary, Reversing Roe, accomplishes quite a feat — giving virtually equal time to both the “Pro-Life” and “Pro-Choice” camps. Watching this documentary feels as though you are attending classes in history, sociology, and political science… all at once. There is a lot to tell, and Reversing Row covers a great deal of it. It’s quite the cram session.

Reversing Roe takes us back in time, and covers events all the way to the present day. The timeline is set up quite effectively. It takes a “just the facts” approach at first, removing a lot of the rhetoric usually attached to this issue. It details how and why abortion became such a politicized hot topic, which is especially interesting for those of us born after the fire was already raging. If you’ve ever wondered, “how did we get here!?,” this documentary will fill in the gaps for you. After which time, you may find it difficult to continue.

Reversing Roe uses a blend of modern interviews, and archival footage, to detail how abortion went from hush-hush, to the front page. Dr. Colleen McNicholas, a Missouri-based physician who performs the procedure, explains laws and regulations which require her to travel to see patients. Footage of her driving, catching flights, and generally rushing around, is interspersed throughout the film. It’s an interesting perspective to hear from, as doctors themselves (and patients, for that matter), are usually removed from discussions. The abortion debate is usually one where politics and religion collide in a spectacular explosion, so it was nice to see things start out so calm and clinical, here.

The Journey From Personal to Political

The filmmakers clearly did a lot of work researching and compiling information and footage. There is a long history to tackle, and they cover it in an entertaining and informative manner. Well, for the most part. For example, Reversing Roe details how the major political parties came to embody the “two sides” — Republicans being known as the Pro-Life party, Democrats as Pro-Choice. This was virtually set in stone by the early 1980s (when I was growing up) so it was enlightening to see what led up to the taking of those positions. Reversing Roe tells tales of politicians who feel (or felt) one way personally, but had to publicly declare the opposite, for the sake of earning voter support. This isn’t exactly a surprising thing (it’s politics, after all), but it is nonetheless interesting to hear these stories.

Speaking of politics: as even-handed as this documentary tries to be, one does start to pick up on biases in the storytelling. The Pro-Choice people featured here are often painted in a heroic fashion, whereas “Pro-Lifers” are made to look brainwashed. There are exceptions, of course, where Pro-Life participants make eloquent statements, and Pro-Choice people are shown being combative. Even so, I would say the filmmakers’ overall message is that Roe v. Wade should be upheld.

Reversing Roe probably won’t change whatever strongly-held opinions the viewer may have going in, but  you may come away more informed. Maybe in seeing what motivates people in both movements to fight so hard, there can be a little less vitriol and a bit more understanding. Maybe. 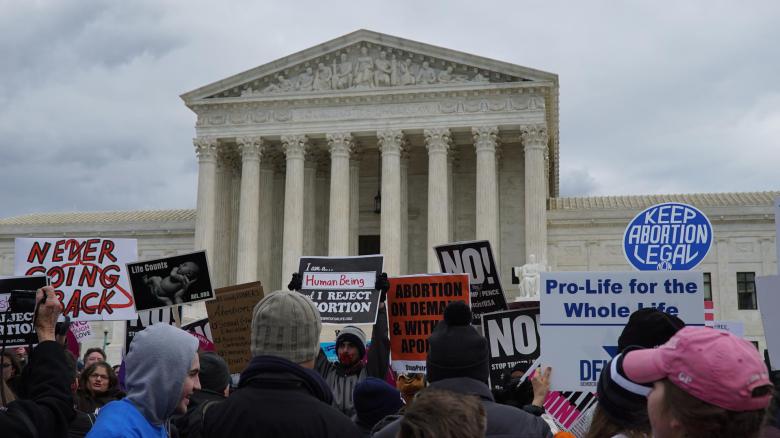 And Then… I Fell Asleep

Now that I’ve told you what’s good about this, let me tell you a little story. I literally dozed off when there was about 20 minutes of run time remaining. I had to rewind back to the part I’d seen last, and give it another go. That’s not a great sign.

What began as a captivating history lesson, devolved into a blur of biases, arguments, and info-dumping. You can almost sense the filmmakers’ panic, as if they were editing, and said, “ohh no, it’s almost over, and we didn’t talk about this yet.” You know those scenes where the Bond villain stands there and spells out their entire plan? It’s a bit like that.

To be fair, after this veering off course, there is a bit of a detour back to interesting. There is a strong ending to the piece, which pulls you back to the place of feeling as though you are learning something of value. 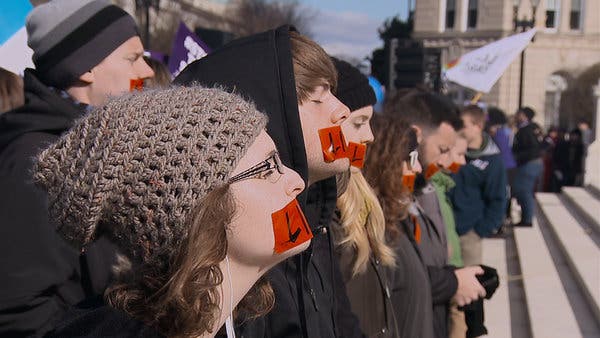 Netflix’s Reversing Roe is clearly coming from a place of wanting to share information with the public, which is admirable. However, sometimes it feels like we’re being hit over the head with a book, rather than being invited to read. The same emotional arguments from both sides are reiterated too frequently. Rhetoric and personal attacks often cloud the overall message, and it becomes hard to watch. Granted, that is an accurate depiction of what this issue has become, but that doesn’t make it any easier to digest.

Thank you for reading! What are your thoughts on Netflix’s Reversing Roe documentary? Comment down below!

Thank you. I figured I’d be honest. Ha ha. It really was captivating at first, but then it just… got a little repetitive.

It’s great that they give equal time to both sides of the argument!

Yeah, I mean, you can more or less tell the filmmakers are Pro-Choice (or pro keeping it legal and safe, anyway), but they still let everyone speak.

I’ll definitely check it out. I appreciate your even-handed review of what is probably the most emotionally charged issue in modern day politics. I hope you’ll consider reviewing GOSNELL: The Movie.

Thank you very much. I will check that out. :)