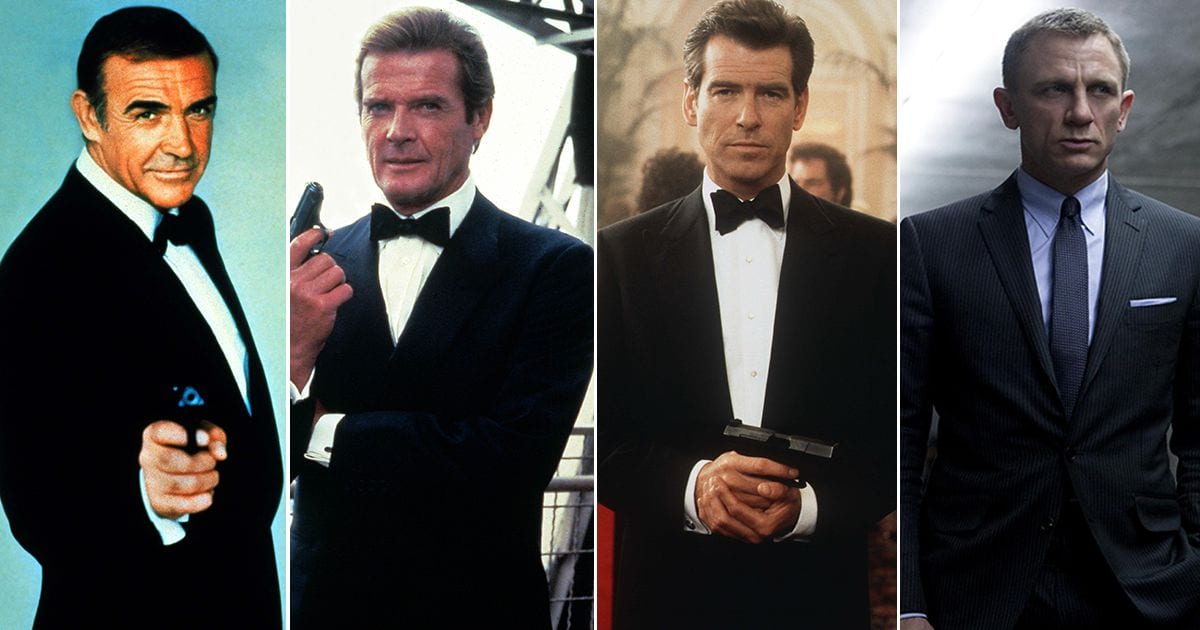 I mean, a female James Bond? The feminists are taking over! 007 theme plays I’m an adult virgin!

For those of you who aren’t vine-savvy, this would be what I’m quoting:

Yes, I am the kind of person who laughs at these things.

Let’s go through the pros and cons, shall we?

Con: The Name’s…Not Bond, I Guess

Let me get the biggest con out of the way first — female James Bond wouldn’t have a cool name like James Bond. We’d have to call her something lame like Janet Bond or something. 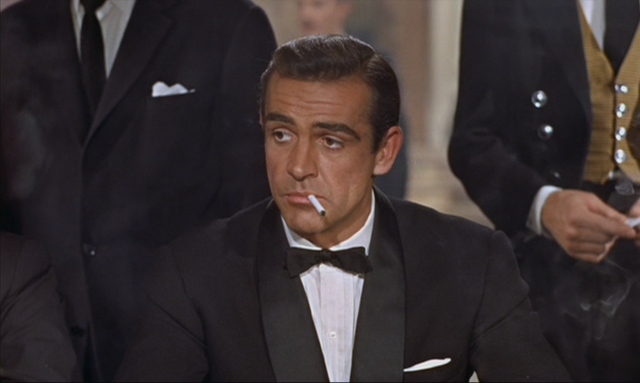 Unless we went totally away from the James Bond name; as long as the name still sounds cool when you say it and is only two syllables, then I am down for it. Here are some names I’ve considered:

Brooke Shields (definitely an original one)

I’m just not sure anything can live up to the moniker of James Bond — it’s classic. If anyone has any ideas, I’d love to hear them in the comments! Fighting in heels is the ultimate badass move that any actress can make. It says, “Screw society, I’m using these gorgeous formal shoes to shank a guy.” That’s the kind of entertainment I expect when I fork out $10 for a movie ticket, not Jason Statham flexing his muscles and fighting giant sharks. I want some hope that I can one day be like the protagonist.

Also, it’s very hard to fight in heels. It’s hard enough to walk in heels, so I don’t know how anyone could possibly fight in them, but I admire anyone who can. I would pay money to watch a movie where the whole thing is just the protagonist fighting in heels. No plot, no dialogue, not even music. Just some awesome heel fighting.

Another problem you’d face with a female remake of a James Bond film is that you’d basically just be reviving the same old plot again. This isn’t just a female remake issue, either; Bond films are all pretty repetitive after a while. Same old James Bond. Same old bad guys — different faces, same evil motives. And same old fights, with a twist thrown in here and there to keep you on your toes. 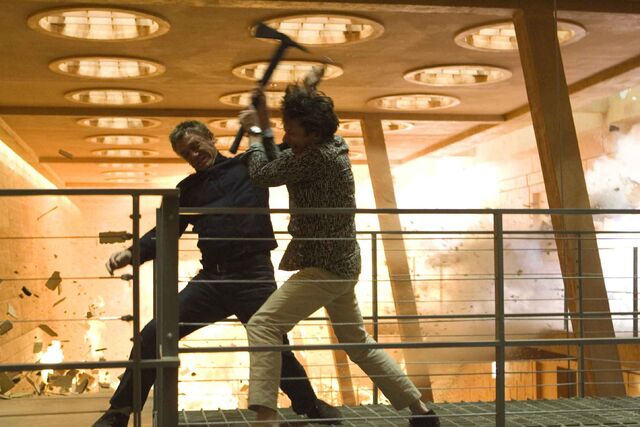 Of course, all these problems would only be magnified with a female lead. Antifeminists would be quick to pounce on these flaws and destroy the movie’s ratings. Critics would also be scrutinizing the film for anything new or fresh, only to find that it’s still the same old Bond, just in female form.

Then again, people still enjoy the plot of Bond films. Why would they have made so many if people didn’t like them? It all depends on where the filmmakers would choose to go with a female lead.

This pro is mainly for those big movie execs up there that follow this blog religiously. A female James Bond would attract a larger audience to the franchise, which equals more money. Sure, you’d lose some business from guys (and girls) who just can’t stand to see someone messing with their favorite franchise. But you’d also get new fans.

When Star Wars adopted a new female lead, its popularity skyrocketed (albeit with a long layoff that built fan excitement). There’s no reason to think that James Bond couldn’t do that either.

Plus, look at statistics — there are more women in the world than there are men. Why not cater to the largest audience in the world? There are millions of women out there looking for more female role models to look up to. A female James Bond could be just what they need.

So, movie executives reading this right now, think about all the money you could make with a female James Bond. Think about how you well-insulated your pockets would be if you created a female James Bond instead of creating more explosions for Daniel Craig to run through. Make the right decision.

Con: Does Anyone Care Anymore?

To be honest, I’ve never been a huge fan of James Bond. I found it a little slow for my tastes and it just didn’t hold my interest. Unfortunately, I think a lot of people today feel the same as I do.

Think about it: the franchises we have today move quickly and involve some element of fantasy. They’re low on substance and high on shock value. It’s hard for younger generations to sit through anything for longer than fifteen minutes without an explosion or joke of some kind. For the record, I am no different.

I just don’t think a female James Bond would receive the kind of welcome it could have received maybe ten or twenty years ago. People aren’t as into the franchise as they used to be. Even if they were, they’re overshadowed greatly by bigger franchises like Marvel’s Avengers or Star Wars.

Female James Bond would be a strong independent woman who don’t need no man. Like Bond, she could be a playboy, er, playgirl, who plays with men’s hearts like children play with marbles. She chases after her career relentlessly and doesn’t care about what others think of her.

But, honestly, I think it’d be refreshing to see a woman who doesn’t actually need a man to save her. She’s not desperately looking for love and she isn’t waiting for the day she can quit her job to have kids. She’s doing exactly what she wants to do in life and loving every minute of it. That’s the kind of role model we need today.

Con: It Will End

As little as I care about the James Bond franchise, I would be overjoyed to see female representation in it. I might even buy a ticket to go see it in theaters. Even if it’s a bad movie, I know I’d enjoy every minute of it, simply to see a female spy kicking butt.

The only bad part at that point will be the fact that the movie has to end sometime. As much as we’d like them to, movies cannot go on forever and all must come to an end. Hopefully, if a female James Bond is ever introduced, more films starring a female lead will flood the theater to satiate our thirst for representation.

Overall, I would love to see a female lead in the James Bond franchise. It may not be my favorite movie, but it’ll definitely be fun to see that female inclusion! And while I don’t advocate that every franchise create a new film with a female lead, I still think it’s fun to see with some franchises.

As always, I keep my opinion that many sequels and remakes just cannot live up to their predecessors, so I don’t know how well this would be in comparison to the earlier, more successful Bond films. No reason that we can’t see what happens though!

Thank you for reading! What are you thoughts on a female James Bond? Comment down below!

As I’ve mentioned before on a previous article, I’m not a big fan of “strong women” in the sense of “badass fighting females” nor am I a big fan of gender-swapping with the only exception being an all-women version of 12 Angry Men.

But also, I’ve only seen 1.5 James Bond films and not a big fan of the franchise either. So I guess I would be against a female James Bond, but I also wouldn’t care for another James Bond movie either, if that makes sense.

Great post! I’m all for a female James Bond but like you – I just don’t have any enthusiasm for those movies.

you say in part of your article that you don’t particularly care what happens to the Bond franchise so are you the right person to write this article in the first place? Your views are negative and not to be considered worthwhile. A female James Bond? the concept is quite frankly ridiculous, as you pointed out they would have to call her a different name so therefore by definition she wouldn’t be a female version of James Bond, she would be someone completely different.
They actually tried something like this, remember Salt with Angelina Jolie? It was a complete mess.
James Bond was written a certain way and to change it now after fifty odd years would be a slap in the face, an insult to all those fans, true fans who had followed this character both in film as well as in literature for all of those fifty odd years. If it ain’t broke, don’t fix it.

Only if the name is “Stocks, Pippi Stocks” and it leads into a Stocks and Bond team up movie. I mean generally I agree that typically the “In Universe” successor like Star Wars, Blade Runner 2049, Batman Beyond work better than “replacement” remakes like Ghostbusters (2016). Not a big fan of the bond franchise but I think the 007 universe could be interesting to see another spy’s adventures.

Film Review – Pirates of the Caribbean: The...