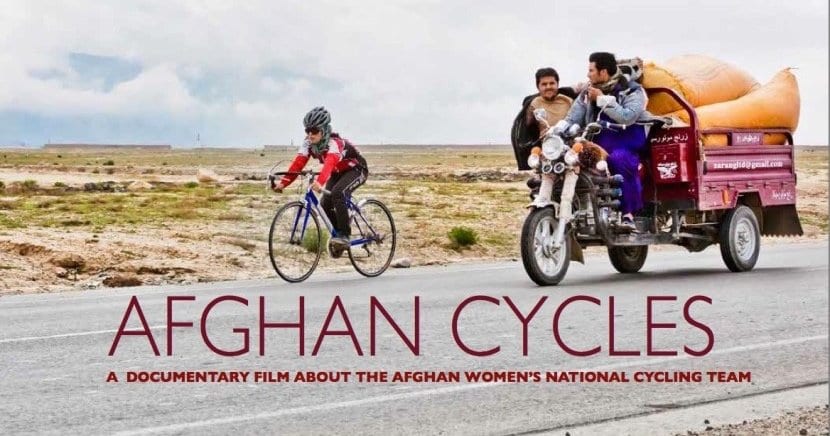 Afghan Cycles will be playing at the Denver Film Festival from October 31st to November 11th. Head over to the DFF’s website to purchase your tickets!

I have never understood the phrase that something is as ‘easy as riding a bike’. For some people, especially a number of women in Afghanistan, this phrase could not be more wrong because for them, riding a bike is anything but easy.

Afghan Cycles is a documentary that follows members of the Afghani National Women’s Cycling Team and young riders in the Bamiyan region who are using mountain bikes to commute to school and run errands. For all of them, the bicycle is a symbol of freedom. These women ride despite cultural barriers, despite infrastructure, and despite death threats, abuse and discrimination on a daily basis, embracing the power and freedom that comes with the sport.

Long before the Taliban ruled in Afghanistan, Women were banned from riding bicycles. After Taliban forces fell, women in Afghanistan regained the right to work, travel and participate in sports. Despite this, Afghanistan still remains a patriarchal society that continues to believe that a woman belongs in the home.

American documentarian Sarah Menzies went to Kabul with the thought of making a sweet, uplifting short about Afghani women learning to ride. However, the narrative quickly changed as the Taliban slipped backed into control of Afghanistan. Though not officially banned, it is still heavily frowned upon by the conservative population and the dangers that came with women on bicycles had once again escalated. Afghan Cycles is About So Much More Than Just Cycling

In an interview with Outsider magazine, Sarah Menzies stated there were times during production that she forgot she was making a film about cycling. That is because this documentary is about so much more. This film captures the lives and the struggles of these truly inspiring women, with each pedal of their bicycles acting as an act of defiance and protest.

Afghan Cycles delves deep into the personal lives of its subjects, with each young woman having their own personal reasons for why they cycle beyond their love of the sport. For instance, Nahid, one of the members of the Afghani National Team, cycles for her younger brother who she used to ride to school on her bicycle. He was killed in a suicide bomber attack.

Image via Women In Sport

The film examines the true dangers these women face not just in an extremely conservative, gender-biased society, but also in a war-torn country under Taliban control. Masoma — one of the film’s subjects — and her family have accepted and come to terms with the fact that a suicide attack can happen anywhere at anytime, and that’s just life for them. What an absolutely horrifying way to live, constantly in fear. Pair this with these women cycling in a place where many believe it can ‘destroy a girl’s future’, I was blown away by the courage, strength and bravery shown by these women to not cave in to societal pressure and keep on pedalling.

Whenever the film gets out on the road with the cyclists, especially with the national team, it’s exhilarating and compels you get out of your seat and get on a bike. The B-roll of the cycling is shot superbly, effortlessly tracking the riders whether they are training or just going for a ride. These scenes capture the looks of shock and disapproval from the people the women pass on the road, further representing how their community views women on bicycles.

2018 has been a year of very strong documentaries, and Afghan Cycles further cements this. This film — in every sense of the word — is inspiring and uplifting. These incredibly strong and courageous young women are catalysts for social change in Afghanistan and the film does them and their story justice. Afghan Cycles is a fantastic documentary that deserves a lot more attention, so please seek this one out. 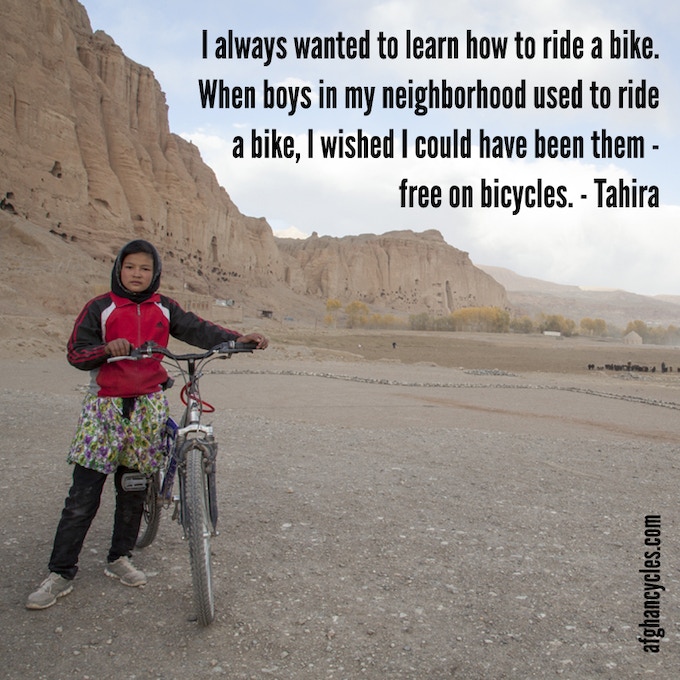 Thank you for reading! What are your thoughts on Afghan Cycles? Comment down below!

An Exploration of M. Night Shyamalan’s Fascinating and...