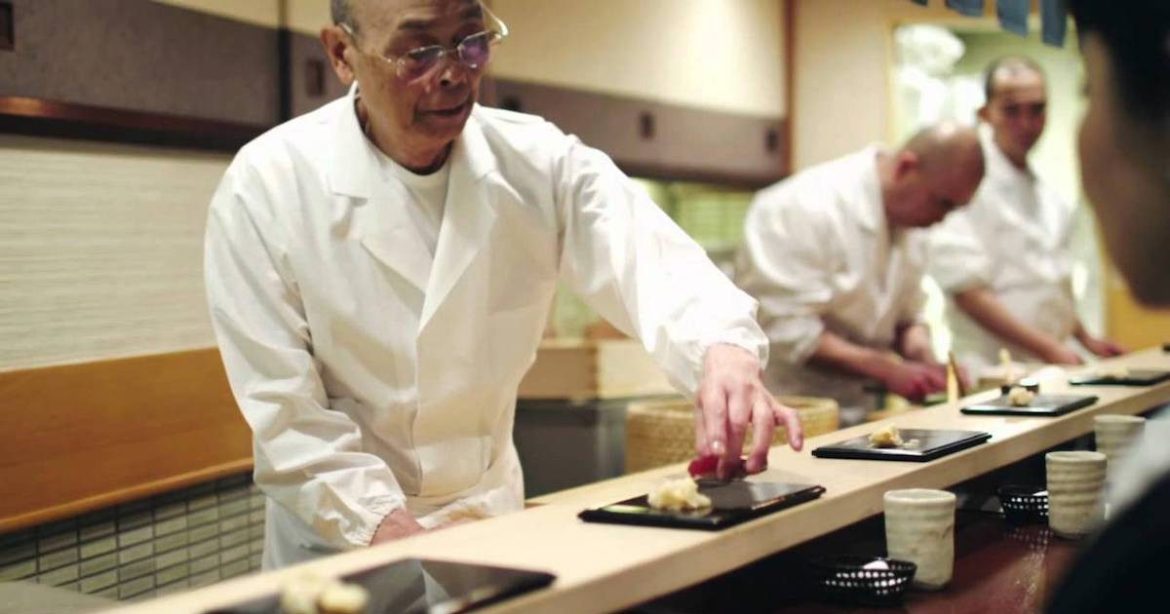 I’m back again with selections from Tubi TV. This time, with an agreeable movie, a gorgeous documentary about sushi, a history lesson you won’t ever forget, and a failed comedy with Michael Douglas that you most certainly will.

This story centers around mythical creatures called selkies, seals who can become human after they have shed their skin. A young girl, Fiona, is sent one day to the island where her grandparents live, which is close to Roan Inish. Her grandfather takes her there, where the young girl lives some fantastical adventures that will change her life and that of her loved ones forever. This movie is a very agreeable blast from the past with superb cinematography and a beautiful soundtrack with authentic Irish music. Director and writer John Sayles went on to make various other movies in different genres, like Passion Fish and Lone Star, for which he received an Oscar for best screenplay.

Maybe a romantic comedy with Diane Keaton and Jack Nicholson would have been a better choice. What a disappointment! Michael Douglas plays a realtor who has to look after his granddaughter and calls in the help of his perky neighbor (Diane Keaton). The rest is too easy to guess. The film’s screenplay is very predictable, and Michael Douglas certainly is no Jack Nicholson. You simply miss the cheeky meanness of the latter, and it therefore just isn’t funny. The rest is too easy to guess. Too bad…

The titular person here is Jiro Ono, the owner of Sukiyabashi Jiro, the former Michelin three-star restaurant. This documentary also features Jiro’s two sons, the youngest one has opened his own sushi restaurant, while the oldest one still works for Jiro and will probably succeed him. Even though he is in his nineties, the master still has an eye for detail; he likes to observe his clients, for example, to see if they are right or left-handed, because that is what determines the seating order in the tiny restaurant. Director David Gelb has some experience with food documentaries since he’s also the maker of Chef’s Table on Netflix. You can expect some eye-catching close-ups if you are a foodie like me (you will probably feel a strong urge to lick your TV screen). All in all, highly recommendable, but not to be watched on an empty stomach!

David Gelb was influenced by nature documentaries on the BBC. He also paid attention to the soundtrack, using music by Philip Glass. In the meantime, Jiro is in his nineties, and he still leads the best sushi restaurant in the world; but, it is no longer mentioned in the Michelin guide — the 10-seat restaurant only accepts reservations from the elite. They are the only ones who can afford the 20-course tasting menu.

This harrowing documentary is about the individuals behind the 1965-1966 mass killings in Indonesia. The new president who had come to power had ordered a special death squad to commit the killings. For the documentary, these people re-enact the killings and tortures. The disrespect with which they handle their victims and the triviality of death are so incredible, that they make the Nazis look like a group of boy scouts. The contrast between the relaxed attitude of the killers who are merely acting and the sheer fear of the victims who are well aware that they are about to die is incredible. It also makes this a very hard watch. This is a history lesson you will never forget.

In the end, you start asking yourself if the killers feel any remorse; when one of them starts retching at the place where he committed the crimes, you can’t help but think whether this is also part of the acting or not. The movie was nominated for various prizes at the Oscars and the BAFTAs.

Director Joshua Oppenheimer made another documentary about the mass killings. It’s a companion piece to The Act of Killing, called The Look of Silence, the movie has the same subject but from another point of view. It’s about a man whose brother was killed during the same purge. At a certain moment, he decides to confront the killers. That’s the moment when the daughter of one of the killers finds out the truth about her father and is disgusted. Naturally, it too won various film prizes.