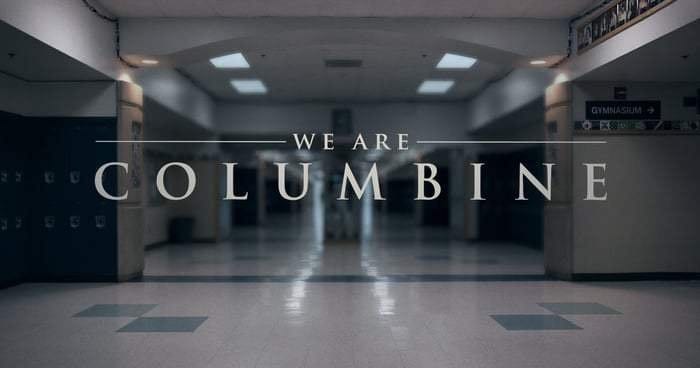 We Are Columbine will be playing at the Denver Film Festival from October 31st to November 11th. Head over to the DFF’s website to purchase your tickets!

I’ve always been interested by the Columbine school shooting and I never quite understood why. Perhaps it was the timing: the shooting occurred a week before I was born. Maybe it was the fact that Colorado neighbors my home state of Utah. Or maybe it was just my morbid human curiosity taking over my brain.

Whatever it was, We Are Columbine certainly piqued that interest all over again. This film is a captivating glimpse into the events of that day and how it affected six survivors of that horrific event.

I’d say that the following review will be spoiler free, but I honestly don’t think there’s anything to spoil at this point.

Laura Farber herself is a survivor of the Columbine shooting. Now 33 years old, the Columbia College grad got the idea for the film when she received an invitation to her 10-year high school reunion. Obviously, the Columbine High School reunion wasn’t going to be like any other high school reunion. Curious about where her classmates ended up and if they had been affected as adversely as she had (gunfire is a trigger for her and she always finds the exits whenever she enters a room), she decided to produce a film documenting what everyone else experienced that horrific day and how they dealt with it.

No Glorification for the Shooters

What truly sets this film apart from every other film about a traumatic event is this: not once does it show a picture of the shooters; for that matter, it doesn’t even mention the shooters’ names.

While this may frustrate those who truly want to delve into the details of what happened, this minor detail is what makes this documentary unique and especially moving. Nowadays, those who commit mass atrocities tend to receive more attention than the victims themselves — that’s not right. Glorifying murderers only encourages others to participate in the same activities to gain the same fame.

This film is not about them. We Are Columbine is about Gus, the little freshman just trying to fit in with the cool guys; Jaimi, the star athlete trying to find herself; Amy, the cheerleader and the popular girl eating lunch with her friends; and Zach, the grades-conscious soccer player. This film is for the victims, not the perpetrators. Whether director Laura Farber intended to or not, she created some magnificent contrasting symbolism in We Are Columbine. One that I noticed many times was the juxtaposition of an emergency procedure sign in scenes with the survivors. For those of you who didn’t attend grade school after Columbine, here’s what the signs that us students saw everyday looked like:

While this may have been unintentional on the part of Farber, I found it a wonderful depiction of how Columbine changed our schools. These signs are required in high schools now, but they were definitely not abundant before this horrible incident. Seeing this sign behind Zach while he taught at Columbine High was simply a grim visual reminder of what the world has come to.

Not only was their visual symbolism, but there was also musical symbolism as well, though understandably less understated than the visual symbolism. The fade out of the “We Are Columbine” chant at the beginning, the synchronization of the instrumental piano music with the noise of the class bell that Gus describes, or his pounding rap music near the end of the film are all alluring music cues that truly emphasize the mood of the documentary.

Farber, a Columbine alumnus herself, knows all about trauma. So do Gus, Jaimi, Amy, Zach, Mr. DeAngelis, and Mr. Leyba. Yet, it doesn’t affect them all the same.

Gus uses humor and his music (on a side note: I quite enjoyed listening to his rapping) to cope. Jaimi spends lots of time with her wife and two children. Amy likes to garden and decorate with her husband. Zach, Mr. DeAngelis, and Mr. Leyba all teach at Columbine High School to give back to their community.

What I find truly enlightening about the film was Farber’s decision to interview these four students specifically. Many of them didn’t even see the shooters, they just heard it. Some were trapped in classrooms while others had run across the street to homes — whether their own or a complete stranger’s. We don’t get to hear about their stories as much as we should. We mainly hear about the kids who had the heart-pounding conversations with the shooters, the ones who looked the killers in the eyes. While these stories are just as important, sometimes it’s good to focus on the less-publicized ones.

I appreciate that Farber chose to focus on these people to show that trauma is different for everyone. These kids were just as scared as anybody else in that situation. Their experiences and their trauma are just as valid as any other survivor of the day.

We Are Columbine is a well-made documentary, but, like all films, it isn’t perfect. The only thing I wish this documentary would have done is gone deeper. The film has an overall runtime of 78 minutes, which includes five minutes of credits. If this were a documentary about sea mollusks, that would be much too long a runtime. But when we’re discussing something as engrossing and as relevant to society today as one of the most publicized school shootings in U.S. history, it would have been interesting to go deeper.

I can’t blame Farber, though, as this is only her second film she’s produced and it’s most likely not something she wants to relive in much detail. I just really wish the film had been longer, that it had gone into more of the details of the day, that the survivors talked more about the actual day and the mental anguish they’ve suffered because of it. It may not be easy to talk about, but I know that’s what many people want to know about this incident, simply because they haven’t experienced it and they want to understand it better.

If I had any complaints about this documentary, it’s that it ended too soon and that I was left with unanswered questions. And though I appreciated the fact that it didn’t glorify the killers, it would have been prudent to mention them at least once, maybe talk about if the survivors had ever known them before. I only hope that Farber someday makes a companion piece to this documentary to satiate that hunger for more.

We Are Columbine was a good mix of drama with hope, laughter with sorrow, and facts with opinions. It didn’t glorify the shooters and it was able to focus not only the event itself, but the aftershocks that reached into the years after. It focused on a specific six people — four students and two teachers — to make it simple to understand. But it just didn’t go into all the depth I expected from a documentary. While I can’t blame Laura Farber for not wanting to delve too deeply into an incident that still scars her and her friends, I truly wish I could’ve at least heard more from the survivors. It simply left me wanting more.

Thank you for reading! What are your thoughts on We Are Columbine? Comment down below!

Movie sucked,,, all the kids interviewed didnt see anything. One girl ran outside and across to a house and she had no clue what was going on. Another was outside in the parking lot and she didn’t see anything too. A Hispanic guy was locked in a room for 4 hours safe and didnt see anything and they were laughing while in the classroom. Unsure why they’re afraid to talk about it. I guess they didn’t want to talk about it because none of them saw nothing except they heard noises that sounded like the school band was playing in the hallways and fire alarms.

‘All the Beauty and the Bloodshed’: Nan Goldin’s...